Brian Ashe has told how one of his mates booked the holiday home  on Airbnb "specifically for the pool table," but was left beyond disappointed by its size. Clever camera angles were used to make the teeny table look like a full-sized pub version.

But in reality it was a table made for kids stuck in the corner of the room.

Sharing the blunder on social media, Brian said: "Hahahaha when one of the troops books an Air bnb specifically for the pool table."

His post has already racked up more than 5,500 likes and 800 retweets since it was posted on Monday. 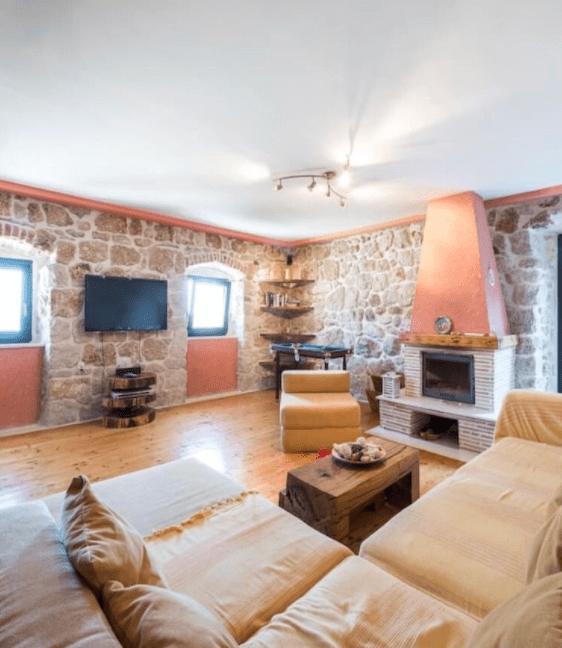 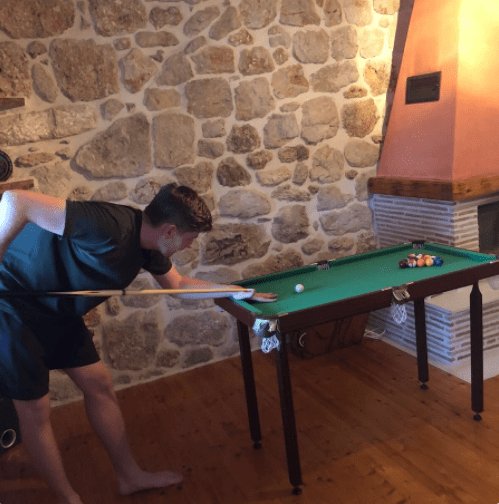 And social media users are loving the efforts from the holiday home tricksters.

And another wrote: "Hahahahaha I want pics of them playing pool on that." 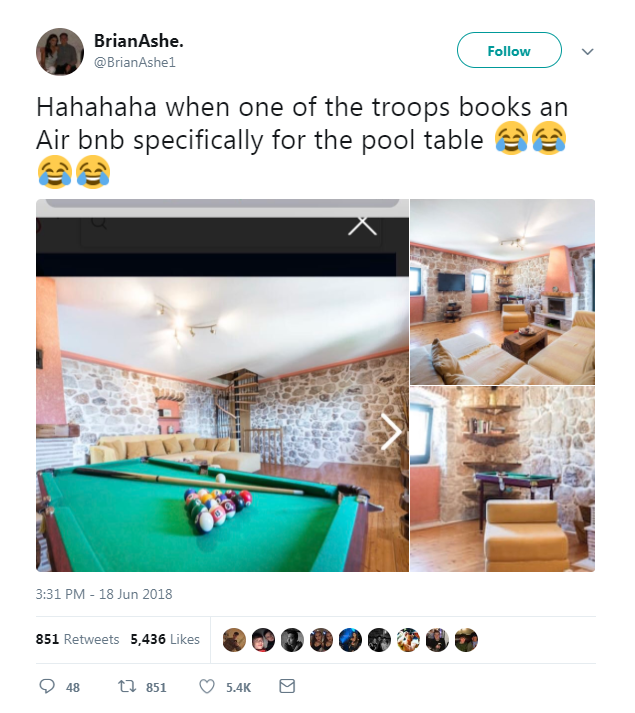 It's not the first time bizarre hoiday home listings have hit the headlines.

We told earlier how a cheeky Glasgow flat owner offered to rent their pad for just £7 a night – but only if tenants helped clean up the mess left by past visitors.

And last year Scotland's quirkiest Airbnb listing was revealed as a caravan stuck 13ft up a TREE in Aberdeenshire.

The Bogancloch Treehouse, in rural village Rhynie is a total bargain at just £17 a night.