Many countries have introduced bans on the devices, including Thailand, where you could be sentenced to 10 years in prison. 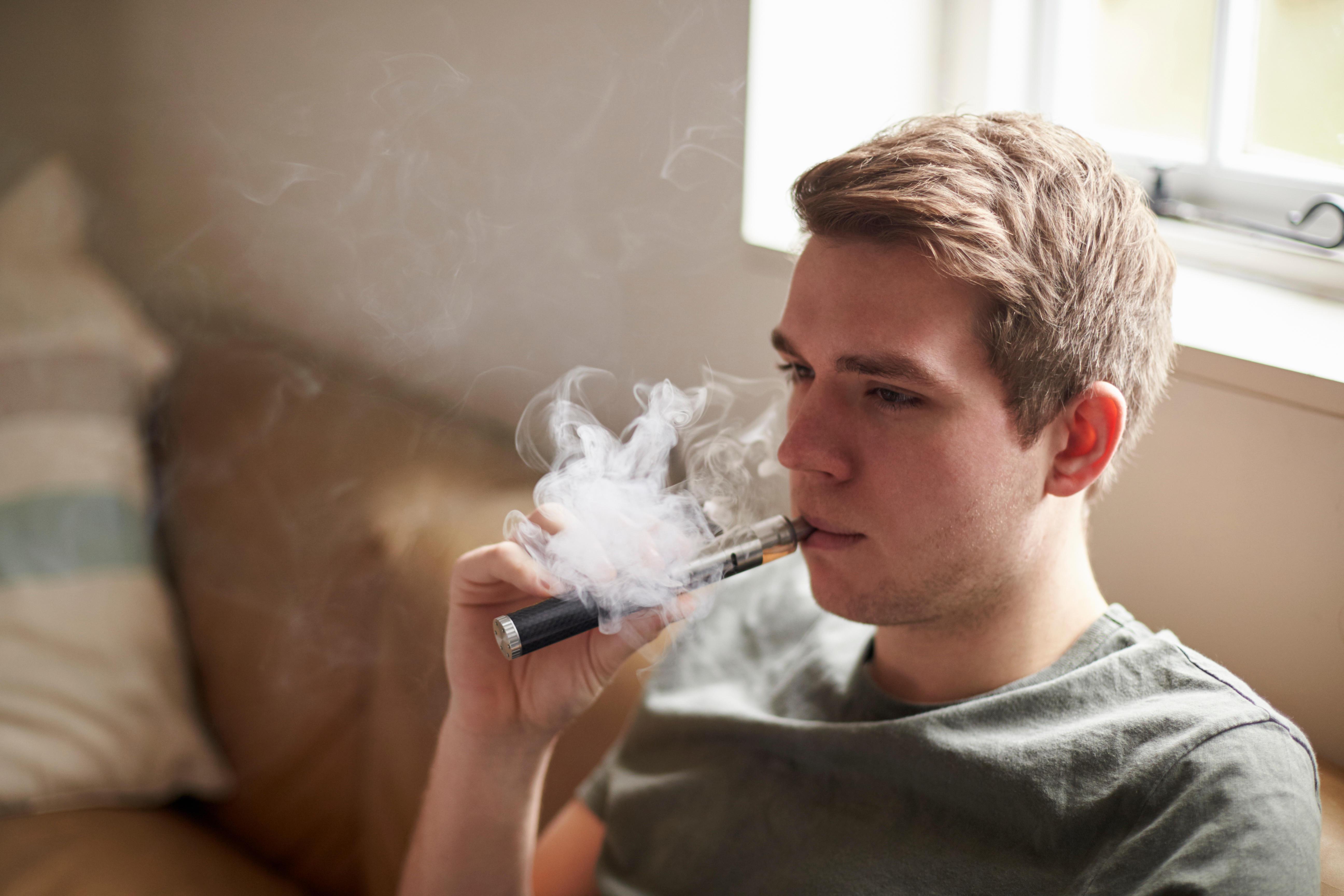 It's also banned in Dubai, Hong Kong, Vietnam, parts of India and Egypt.

In recent months, parts of India have effectively banned vaping – in one case a man was jailed for three years, based on a 78-year-old law.

Vapers in the Philippines could also face up to four months in jail due to a new ban on vaping in public spaces.

Lebanon, Vietnam and  Cambodia have followed suit by recently banning e-cigs, but the potential penalties for breaking the law are much more unclear.

In neighbouring Thailand, vapers face a 10-year jail sentence for simply bringing e-cigarettes or refills into the country. 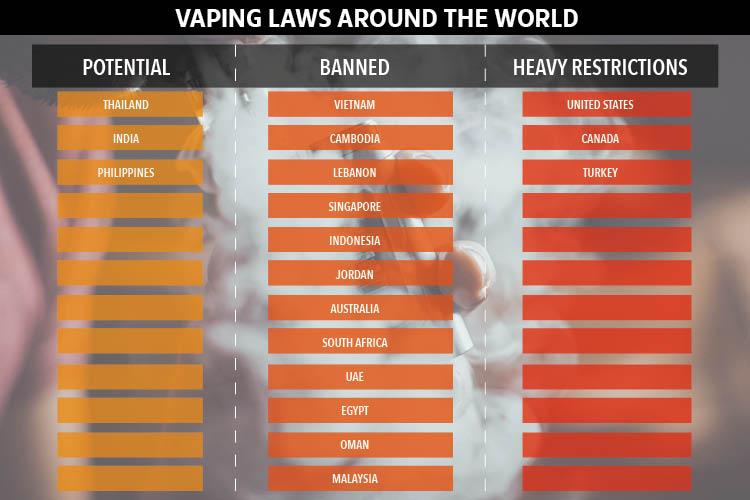 Certain countries have varying laws depending on where you vape – it's banned indoors in Turkey, and across Australia unless you have a prescription.

Meanwhile, in the US, the use of e-cigarettes is actually decided on a state and city level.

So while certain states like New York is banned in all workplaces, clubs and bars, flavoured liquids are banned in San Francisco.

Experts are advising you check before you travel.

James Dunworth, chairman of the online retailer E-Cigarette Direct, says: "As millions of people gear up for their summer holiday, it is easy to forget that foreign laws are different to those in the UK. Don't let a nice get away turn into a get-locked away. Check before you travel."

"Vaping is illegal in some destinations with penalties ranging from confiscation to a fine or ten years in prison.

"In the last four years, there has been a 48 per cent rise in vaping with 2.8 million Brits now regularly using e-cigarettes.

It's thought their use has helped reduce the number of UK smokers, which is now at an all time low. Just 15.5 per cent of British adults now smoke.

Mark MacGregor, director of UK corporate affairs at Philip Morris, said: "This shows that not every country has such an enlightened attitude to smoke-free alternatives as the UK.

"We are committed to a smoke free world and believe that every country should encourage smokers to switch to e-cigarettes or heated tobacco.

"Penalising people who use an alternative just makes it more likely they will go back to smoking cigarettes.

"Making alternatives more available will help the one billion smokers across the world give up cigarettes."