BRITS have been stranded abroad in Dubai after flights in and out of the country were stopped 24 hours earlier than planned.

The UAE government initially warned that all inbound and outbound flights would be grounded by midnight on March 26, before moving this date forward to today (March 25). 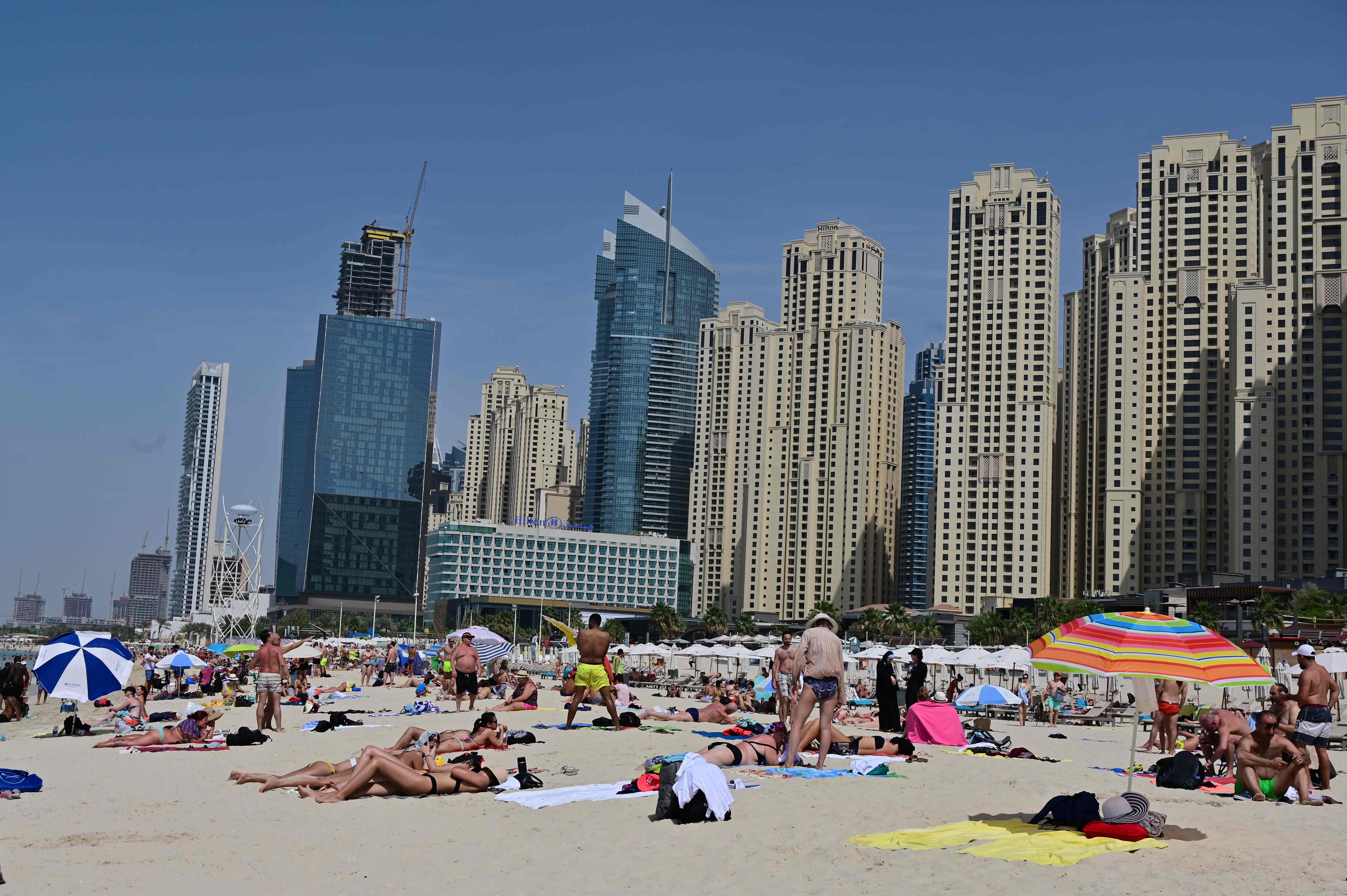 However, this was brought forward again after a number of new cases were reported – 50 people from 32 countries were confirmed to have the virus.

The new announcement, just hours after according to Paddle Your Own Kanoo, meant all flights stopped yesterday.

The latest advice from the UK government now states: "The UAE have announced that inbound and outbound flights will stop as of midnight Tuesday 24 March."

They added that they were "collecting information" about British travellers who had been stranded by the flight ban, and urged people to get in touch with their airline.

The ban is expected to last two weeks but is likely to be extended.

Dubai is one of the busiest airports in the world, with many connecting flights, meaning passengers trying to get home from other destinations face being stranded there. 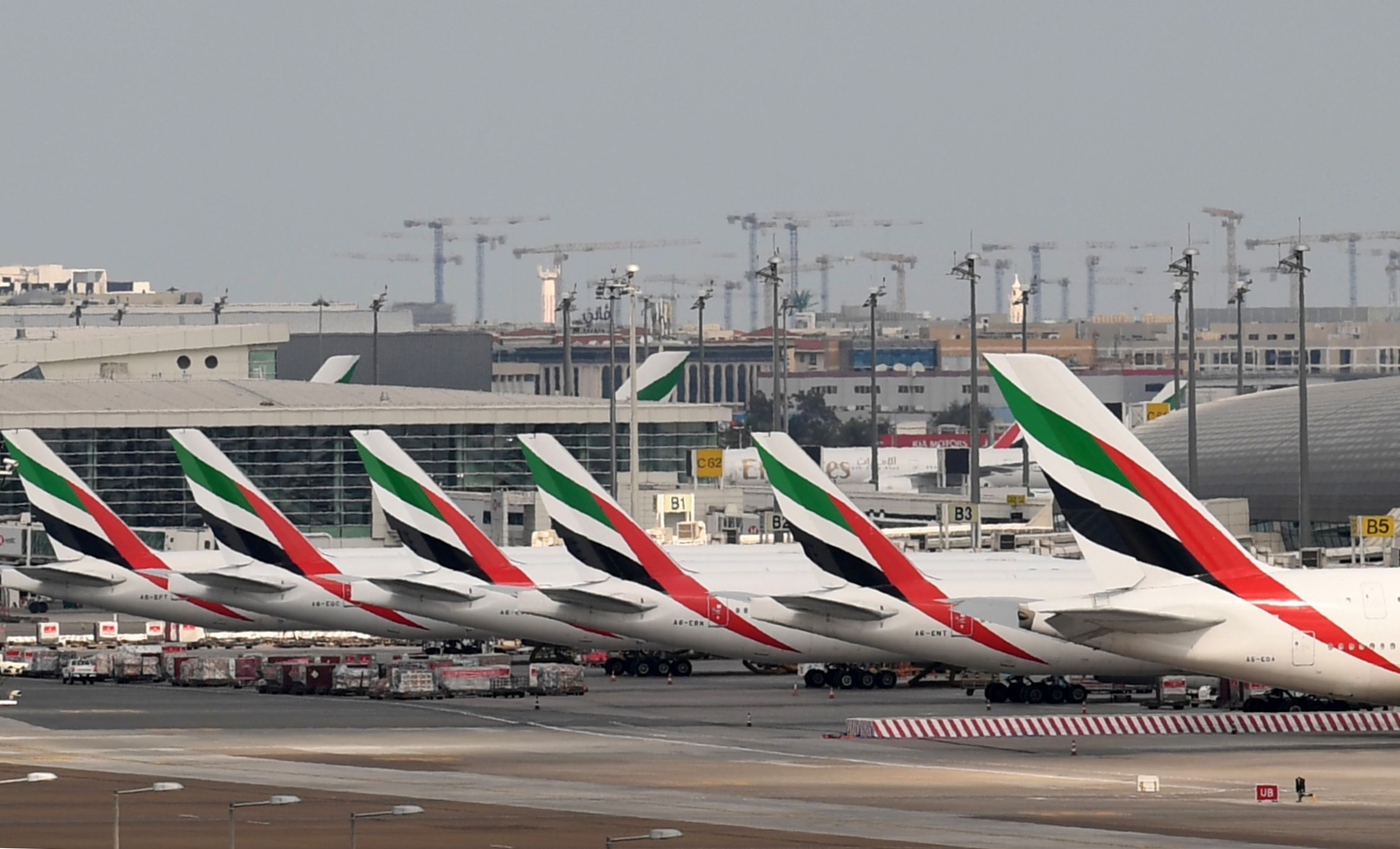 Etihad, the flag carrier for the UAE, added on social media: "The UAE Government has made the decision to bring forward the date of suspension for all inbound, outbound, and transit flights to Abu Dhabi.

"Per this directive, Etihad will be temporarily suspending all flights departing Abu Dhabi effective immediately."

Emirates has suspended the majority of their flights, while British Airways flights through Dubai have also been cancelled.

Sisters Jenny Rose and Rosie Addison are currently stranded after trying to get home from the Philippines, only to see that their connecting flight had been cancelled.

The pair, who work for the emergency services, wrote on Facebook: "We have gotten the last flight out of Cebu, Philippines as advised by UK government (British Embassy) to Dubai.

"Upon arrival to Dubai we have been told NO flights are leaving, despite being told by numerous airlines, TV news reports and Embassies that Dubai’s last flights were out on the 25th as its full closure is due the 26th.

"My sister and I are key workers and front line members of emergency services. We need to get back to the UK and help this global crisis."

The hell continues. We have gotten the last flight out of Cebu, Philippines as advised by UK government (British…

Someone else wrote on Twitter: "We are stuck in Dubai… About 100 of us stuck in transit. No word of what's happening, not allowed to leave airport, all flights home cancelled! Help us."

Passengers from the UK who are stuck in the UAE are urged to email [email protected] with information including your name, passport number and contact details.

The government is likely to be offering special routes to help Brits get back to the UK as soon as possible.

CORONAVIRUS CRISIS – BE IN THE KNOW

Get the latest coronavirus news, facts and figures from around the world – plus essential advice for you and your family.

To receive our Covid-19 newsletter in your inbox every tea time, sign up here.

Tourists in Australia have also been stuck abroad after flights were cancelled.

Qantas flew their first non-stop flight from Darwin to London yesterday to help get stranded British travellers back to the UK.

The British government is laying on special planes and reopening flight routes across the world to bring home Brits stranded by the coronavirus pandemic.

In a speech to the House Of Commons this afternoon, Foreign Secretary Dominic Raab revealed that they are helping to secure flights with a number of countries including Australia, New Zealand, Singapore and Peru.