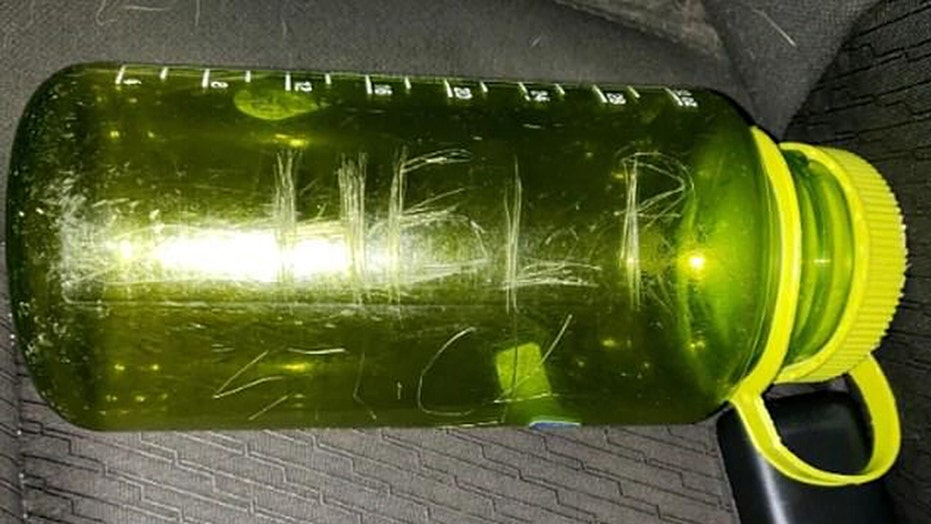 Three campers from California are feeling thankful after being rescued from an isolated tributary by sending an SOS message in a plastic Nalgene water bottle – down the 40-foot waterfall that trapped them from a safe escape.

Things were going swimmingly for Curtis Whitson, his girlfriend Krystal Ramirez, and son Hunter Whitson during a four-day camping trip on the Salinas River in central California in June, the Washington Post reports.

On June 15, the third day of their adventure in the great outdoors, the trio went out hiking down the Arroyo Seco tributary – and found themselves stranded at the top of a “raging” 40-foot waterfall, according to The Independent. 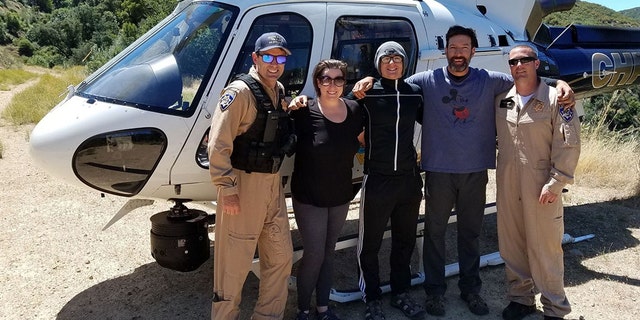 Krystal Ramirez, Hunter Whitson and Curtis Whitson, pictured with California Highway Patrol officials, were thankful to be rescued from an isolated tributary by sending an SOS message in a plastic Nalgene water bottle in June.
(Courtesy of Curtis Whitson/Joe Kingman)

Seven years before, Curtis, 44, had safely exited the same, treacherous point in the Arroyo Seco by rappelling down the side of the waterfall with a rope that was attached to the top of the chute, said the Post. This time around, though, the rope was gone, likely having been swept away by the mighty waters – leaving the Whitsons and Ramirez, 34, marooned without “a single soul” in sight, Hunter said in a recent interview with the Post. 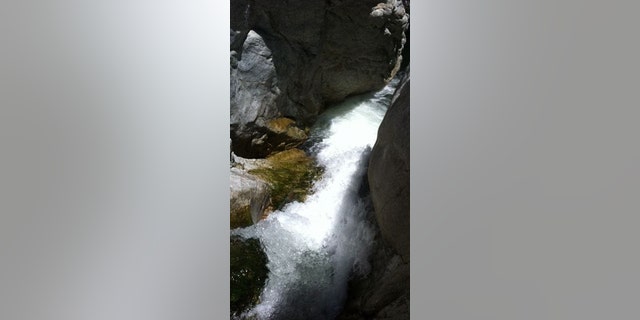 An image of the "raging" 40-foot waterfall in the Arroyo Seco tributary that kept the campers stranded until help arrived.
(Courtesy of Curtis Whitson)

Curtis had packed a rope for the trip, but he believed that the water was “too swift and high” to try to attach it and rappel down.

Though friends knew that the Morro Bay family was adventuring in the Arroyo Seco, the campers had no cell service and no easy way out.

By a stroke of inspiration, working with what he had, the dad carved “HELP!” twice onto his lime-green Nalgene bottle, tucked a dated SOS note inside, and tossed the vessel down the powerful waterfall in hopes that it would be found. 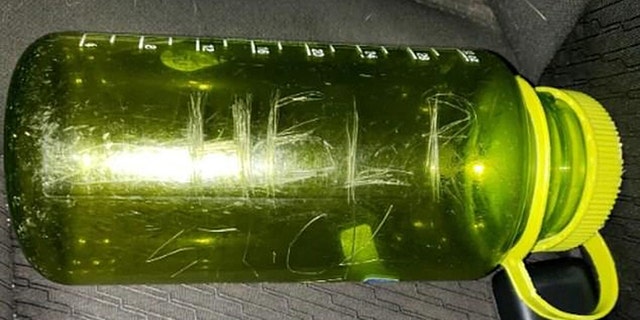 Working with what he had, the dad carved “HELP!” twice onto his lime-green Nalgene bottle and tucked a dated SOS note inside.
(Courtesy of Curtis Whitson/Cindi Barbour)

“It was a little scary,” recalled Hunter, a high school freshman. “We hadn’t seen a single soul the entire trip.”

Hiking upstream and creating an SOS sign with rocks, the campers went to bed in their sleeping bags, knowing that they could do nothing but wait, said the Post. 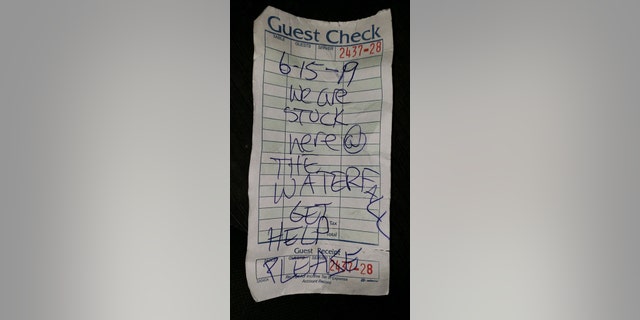 “It was a little scary,” Hunter, a high school freshman, said of the experience. “We hadn’t seen a single soul the entire trip.”
(Courtesy of Curtis Whitson/Cindi Barbour)

To their shock, around midnight, they awoke to a loud message from a speaker overhead:

“This is search and rescue — you have been found! Stay put and we’ll be back to get you tomorrow morning,” a message from a California Highway Patrol (CHP) helicopter piloted by Todd Brethour thundered.

Before the end of their shift, Brethour and his crew did a flyover in the area and, using their night-vision goggles and infrared technology to spot their campfire, found the stranded campers.

Though it was too dark to make the rescue, a second CHP helicopter came back at 10 a.m. the next morning to lift the Whitsons and Ramirez to safety. 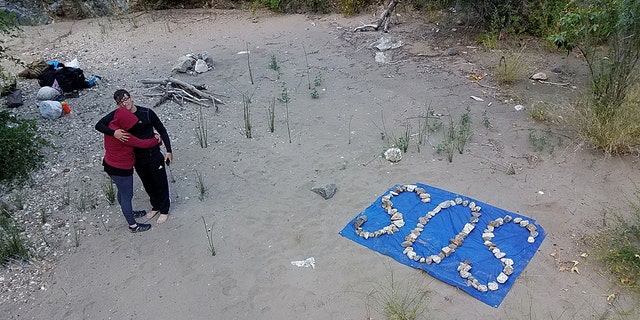 Though it was too dark on the night of June 15 to make the rescue, CHP officials came back at 10 a.m. the next day to save the Whitsons and Ramirez.
(Courtesy of Curtis Whitson)

“As you can imagine, they were very happy to see us,” pilot Joe Kingman remembered. “A lot of pieces fell into place just right for these folks.”

Later on, the campers learned that two hikers found the bottle about a quarter-mile downstream and notified the management of the Arroyo Seco Campground to send a rescue team straightaway.

Kingman added that in his 23 years of rescue missions, he had never heard of people being saved through a message in a bottle.

“It blows me away how it all came perfectly together,” Curtis mused to the Post. “What are the odds?”

Moving forward, the family hopes to connect with the two hikers who found the lime green bottle and properly thank them, a spokesperson on behalf of Nalgene told Fox News.

CHP officials were not immediately available to offer further comment.