FOOTBALL fans have slammed airlines for hiking ticket prices for flights to Madrid ahead of the Tottenham vs Liverpool match next month. 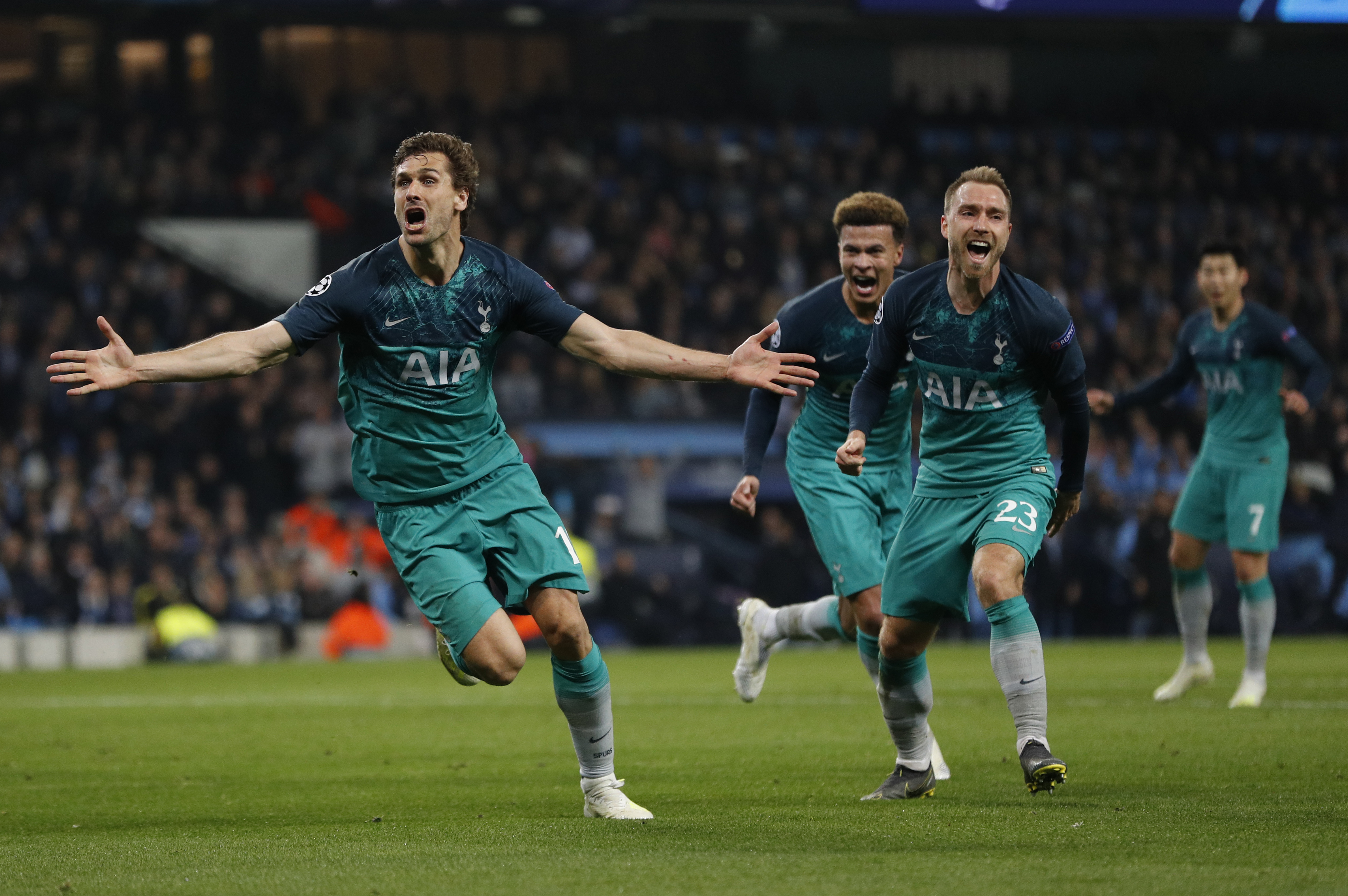 Many fans started looking for last-minute flights to Madrid from the UK to watch the match live.

However, flights with British Airways and easyJet have soared in price since the win due to an increase in demand.

Some cost over ten times the usual fare, which can start from as little as £40.

For example, a flight on May 31 with British Airways costs £658 to Madrid – whereas travelling just three days earlier costs £60.

EasyJet were offering flights for a whopping £750 one way, while flights on the day cost just £80. 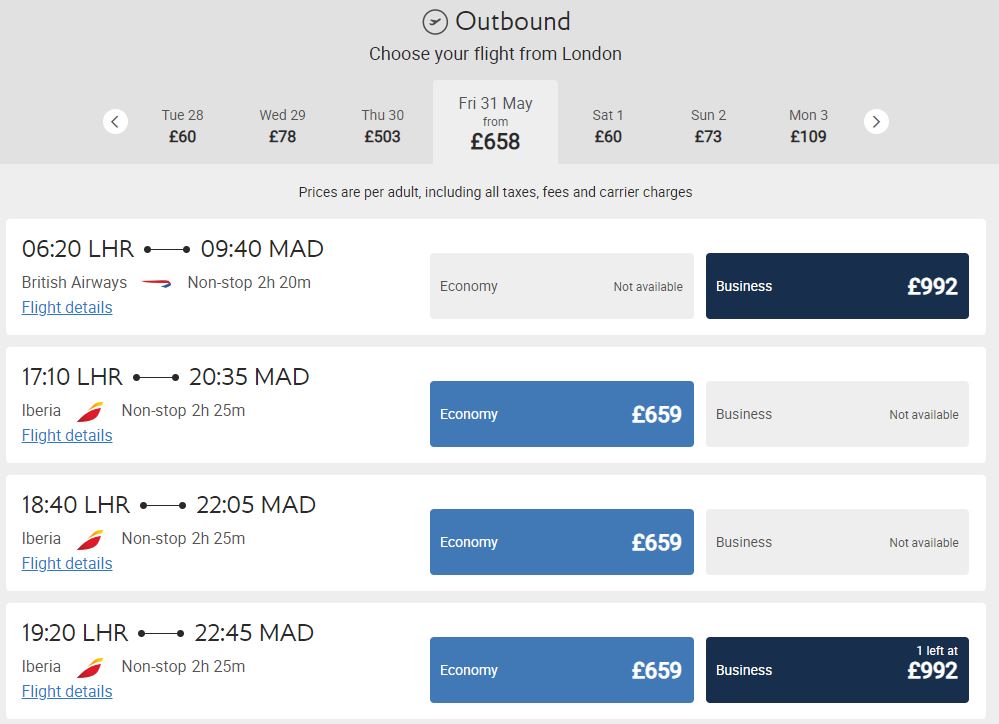 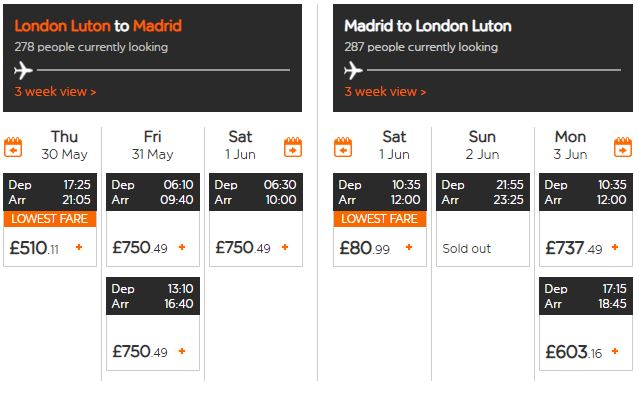 Fans expressed their fury on social media about the new costs of the flights.

Jay wrote on Twitter: "Flights to Madrid are ridiculous already does anyone have any suitable alternatives."

Christian remarked: "£1500 for flights to Madrid that are normally about £100. These companies should be ashamed."

Andrea asked: "I think our government should do something about airlines that double the prices immediately they know Brits are going to be wanting a plane.

"Just as they do during school holidays, quelle surprise, flights to Madrid are ridiculous already."

Liverpool Mayor Steve Rotheram tweeted: "[email protected] hiking up prices by 683 per cent for return flights to Madrid is quite simply profiteering from the passion of football fans. This is nothing new but entirely shameful."

Another person said: "Desperate to get to Madrid but £1,000 for flights is insane! #LFC"

"I understand the concept of supply and demand but charging £2000 for a return flight is nothing short of shameful."

One man joked: "Managed to sort a reasonable flight for Madrid. I fly out tomorrow and return in September."

How to save money on flights to Madrid

George Charles, a spokesperson for www.MoneySavingHeroes.co.uk, said: "Following the victory for Tottenham Hotspur last night against Ajax, airline prices have soared to meet fans demand to fly to Madrid for the Tottenham vs Liverpool finale at the Wandra Metropolitano on June 1st.

"A standard budget airline ticket would usually cost £40 from Bristol to Madrid for a round trip, but currently the only direct flight available through easyJet from Bristol is priced at £1,223!

"However, for those wanting to shop around and save a little money, if you fly from Birmingham to Faro and then on to Madrid, departing from Madrid to Prague and then finally back to Birmingham, you can save as much as £456.

"There are other options available for those still not wanting to forking out more than £700 for a flight.

"Tips for keeping the costs down include splitting your journey into sections, travelling on days which are less popular, so a few days before the final and returning a few days later, or even deciding to take another mode of transport, such as the train or driving your own car and utilising the ferry."

However, an easyJet spokesperson told Sun Online Travel: "As with all airlines, our pricing is demand-led, which means that as more seats are booked on a flight the price will rise so our fares start low and increase the closer it is to the date of departure.

"We do not artificially increase ticket prices around sporting events, prices are led by a strong demand for some flights due to convenient scheduled flight times.

"We believe our fares remain competitive in comparison to other airlines flying around the same time."

A British Airways spokesman also told Sun Online Travel: "We're thrilled to see an all-England Champions League Final, and with up to 15 flights a day to Madrid we're excited to be the airline of choice for a huge number of football fans flying out to see it.

"To make sure as many fans as possible are able to travel, we're working closely with our airline partners and looking to operate some of our flights with larger aircraft.

"Our best value seats are always available in advance, but for those yet to book we still have a small number of seats on sale."

The all-British final is the first in 11 years after Liverpool beat Barcelona 4-3 and Spurs beat Ajax 3-2.

Airlines often increase prices during high demand, such as during school holiday periods.