The weekend before Christmas, a night at the Ritz Carlton Bachelor Gulch, the luxurious hotel at the center of the Beaver Creek Ski Resort in Colorado, costs $1,489. In July, it goes for $659. But on a recent Saturday night, my wife and I paid just $189 for a similar room. We had to add $30 for valet parking, but breakfast was free and with spa treatments half-price, we spent only $80 for a half-hour in a copper bathtub-for-two, which included champagne, robes, slippers and tinkly new-age music.

I love Colorado ski towns just after skiing ends, during what locals call mud season. (The expression is too dirty for Aspen, which has rebranded it “the secret season.”) For roughly two months, beatific mountain villages empty out, chichi hotels become affordable, “drink the bar dry” specials pop up and shops go half-price or more. 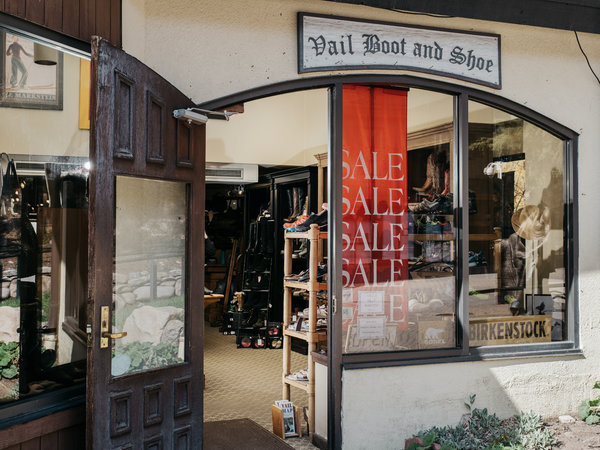 Of course, you can’t ski, but other activities abound. Strawberry Park Hot Springs, just outside of Steamboat Springs, has rocky 104-degree pools of various shape and sizes. In Aspen, early snowmelt leads to raucous rapids and 20-percent-off deals for rafting trips along the Roaring Fork and Colorado rivers. And in Breckenridge, visitors could prepare for weather eventualities and bring both bikes and snowshoes, to either traipse the Mohawk Lakes trails high above town or the cycle the Flumes to the north.

The whole thing repeats after Labor Day, especially in October, but it’s more crowded and expensive because of “leaf-peepers” seeking fall colors. In late April, you have the place to yourself.

On our recent weekend getaway from Denver, we spent Friday night at the Steamboat Grand for $120 (compared to $229 a night in July), encountering exactly one other couple. Saturday morning, I looked east from our fifth-floor window, toward still-snowy Mt. Werner, and saw one car (a maintenance vehicle) and one person (a runner) on the streets.

“It’s so quiet. I can walk across Lincoln Avenue, there’s no traffic,” said David S. Criste, a Steamboat chiropractor who works with injured skiers as well as horses. “Fourth of July weekend, it’s a traffic jam, from one end of town to the other. During mud season, we can walk into any restaurant and sit down. There’s just nobody here.”

We had driven into Steamboat in the middle of a downpour, and grabbed dinner at the first restaurant we saw, Mazzola’s, where dinner for two with a glass of wine cost $70. Not bad, but not a bargain. Then we spotted a “Locals Appreciation Season” sign on the front door of The Barley, a locals bar on Lincoln Avenue, the town’s main street. We pulled up counter stools, took in the rock ‘n’ roll cover trio in the corner and ordered drinks from the 3 to 8 p.m. extended happy-hour menu — draft beers for $4.50 and draft wine for $5.

Soon the bargains were smacking us in the face: $1 coffee refills the next morning at Powder Day Donuts, 20 percent off jewelry and tchotchkes at Remember Me, and $10 for a lunchtime burger, fries and a tall Montucky Cold Snack beer at Back Door Grill.

In Vail for dinner Saturday night, the village built for ski crowds was appealingly desolate. A usually crammed parking garage was almost cavernous. The upscale Terra Bistro, in the Vail Mountain Lodge, reduces its main-course and drinks prices by 35 to 50 percent this time of year, so we ordered steak salad, chicken, two glasses of wine and a cornbread-dripping-with-frozen-blueberries dessert for a total of $85. By the time we finished at 10 p.m., for a walk through the village square, all the shops and restaurants were closed and the streets were quiet save for the odd pack of ladies-weekend revelers searching for bars.

Here’s what’s available during mud season at some of Colorado’s fanciest ski towns:

Colorado’s notoriously high-end ski town becomes downright affordable during the off-season, which locals define from mid-May to mid-June. Lodging rates can be 40 percent lower than peak season, according to the Aspen Chamber of Commerce, including accommodations at the centrally located Hotel Aspen ($119 on a weekend night in May) and even the Hotel Jerome, one of Colorado’s top luxury properties (as low as $275 in May, compared to $518 in July).

The French-American Betula Aspen restaurant, with a view of Ajax Mountain, offers a $59 three-course dinner from May 10 to 31, and Mezzaluna has $13 pizza specials daily for lunch throughout the spring. But don’t hit Aspen during mud-slash-secret season for shopping deals — they mostly ended with skiing.

The slopes stay open through May 27, but Breckenridge markets its mud season, offering $10 “dining passports” for deals like $2 drafts and $1 sake at the Blue Fish, two-for-one entrees at Breckenridge Brewery, and a $25 four-course meal at Carboy Winery. The Breckenridge Tourism Office reports lodging can be 48 percent cheaper in June compared to winter.

For most of May, the pastel-colored ski town in the mountainous forests between Aspen and Gunnison caters to locals. The Last Steep serves $2 Pabst Blue Ribbons, $6 bloody marys, $6 margaritas and $8 burgers. Teocalli Tamale has two-for-one margarita specials all day. Lodging can be as low as half-price compared to ski season or summer, including at the town’s fanciest hotel, the Grand Lodge Crested Butte Hotel and Suites, where suites cost $90 per night, compared to $190 in July.

Visitor traffic slows dramatically in this southwestern Colorado hamlet, so most bars and restaurants close, as does the gondola between the Mountain Village and the main drag on West Colorado Avenue. But a few places stay open for locals, including Rustico Ristorante, which throws in an appetizer with a $25 main course on Tuesday and Thursday nights, and Smuggler Union, which provides two-for-one burgers upon request.

“I don’t know how to spin this correctly — it is a ghost town,” said Tom Watkinson, a member of the town council and the communications director of Visit Telluride. “But we love it.”

Steve Knopper writes about the music business for Billboard and is the author of “MJ: The Genius of Michael Jackson.”