Travel companies are getting increasingly inventive in order to stand out among the thousands of properties on offer online. 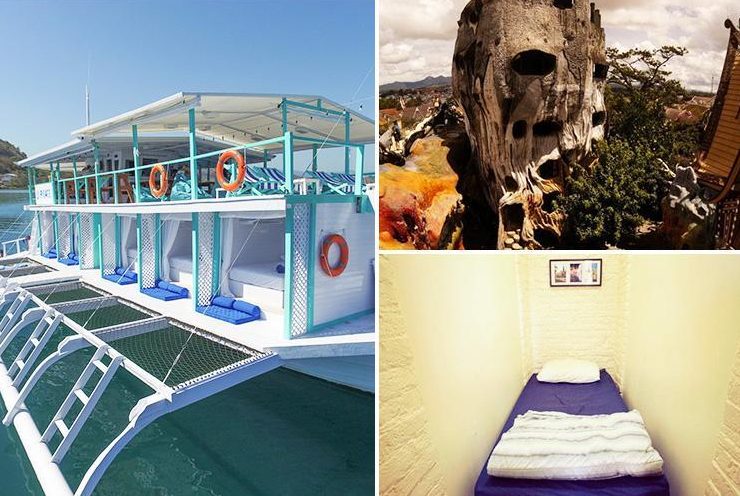 As a customer, this means that you can stay in some weird places  – and it doesn't even have to break the bank.

For instance, there's a World War II jail-turned-museum and boutique hotel in Latvia that lets visitors enjoy a full prisoner experience with an interactive show for just £13 a night.

Alternatively, why not spend the night in a silo in Victoria, Australia, where rooms were made using reclaimed and re-purposed farm structures from £9 per person. 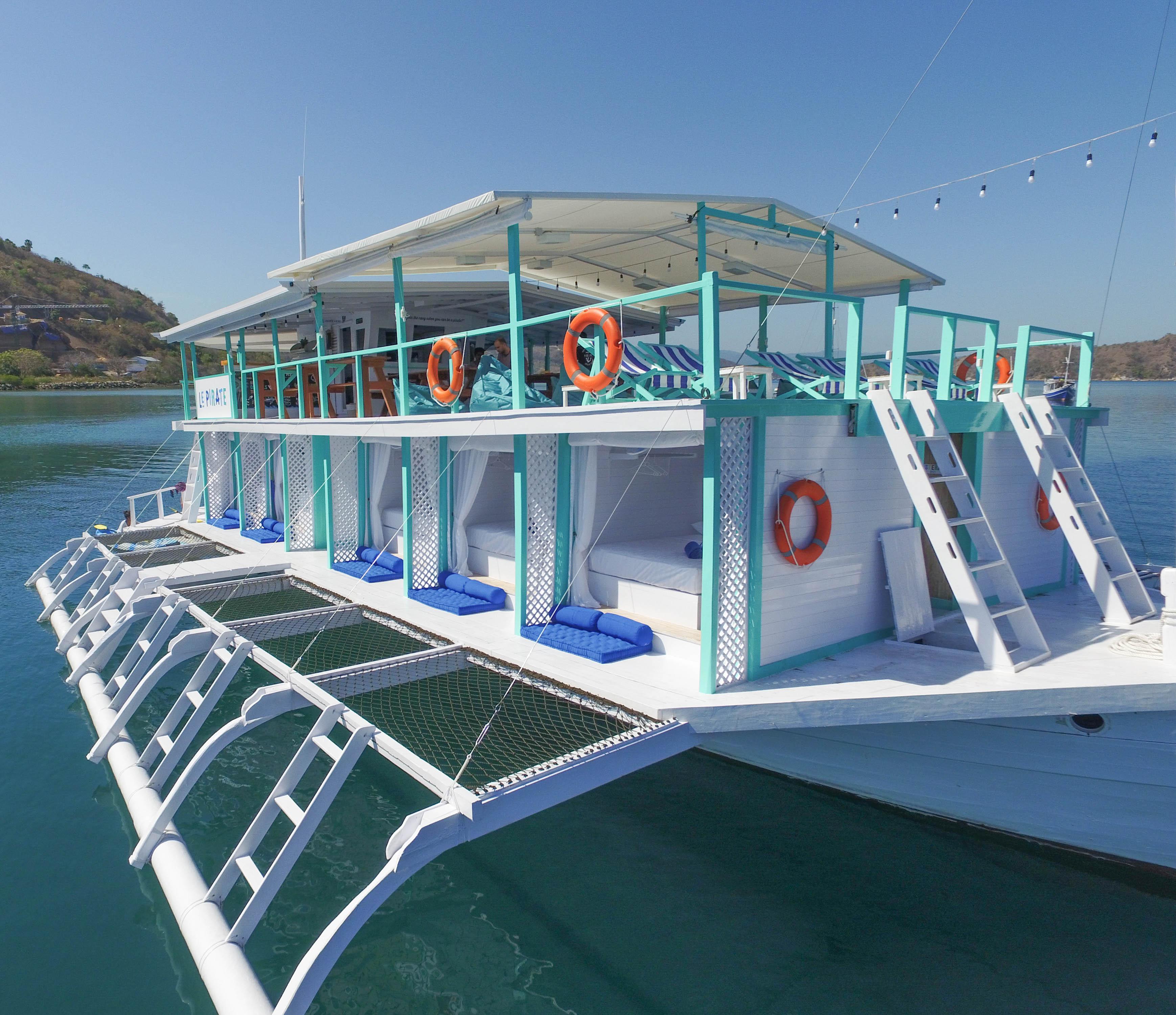 Anchored just off the coast of Indonesia’s Labuan Bajo, a 90-minute flight from Bali, Le Pirate Boatel will make even the most reluctant of photo-takers snap happy.

Designed in a nautical colour scheme, the floating hotel has 10 waterfront cabins, each with their own hammock and stepladder leading straight into the sea. 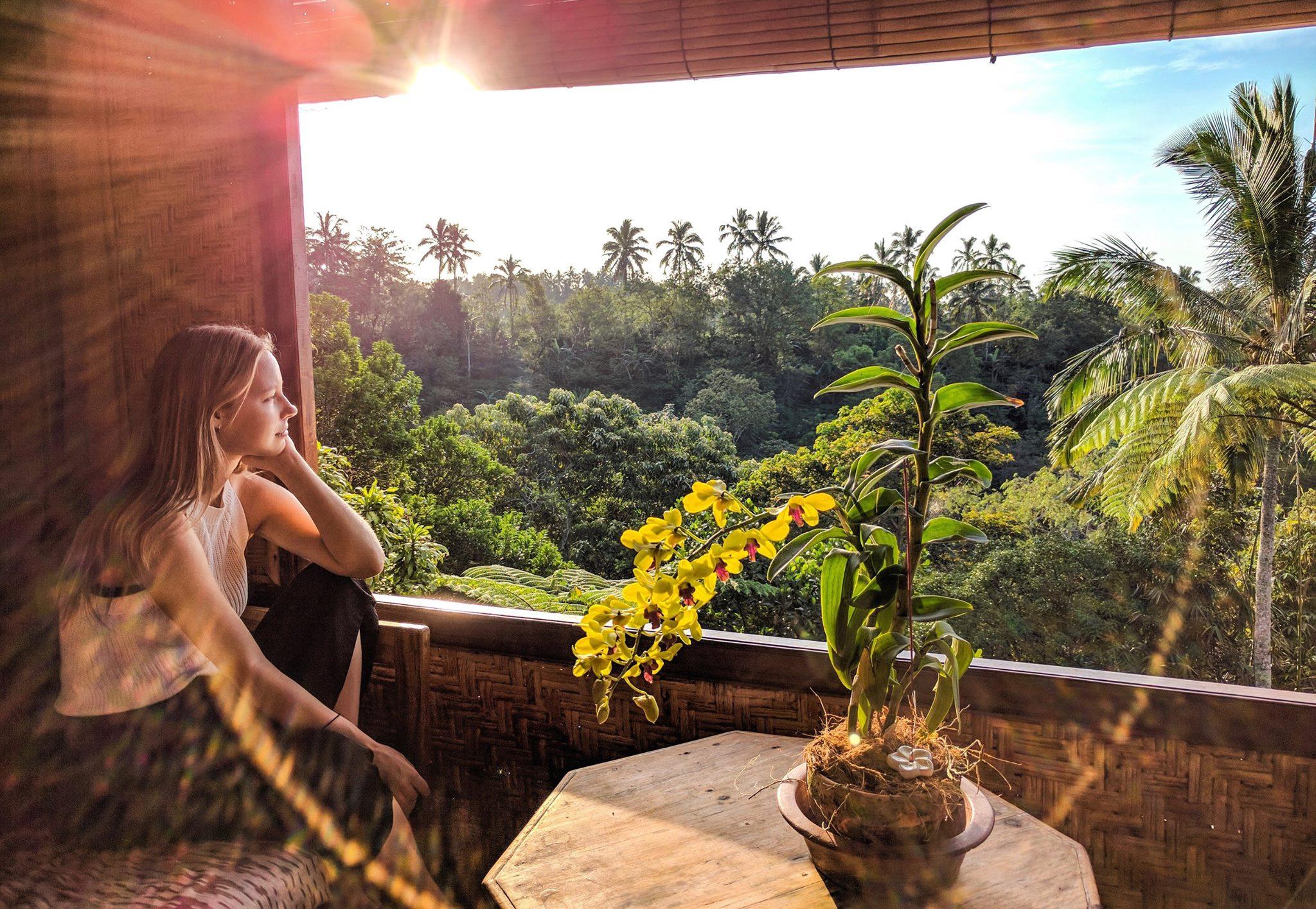 Bali Ecolodge stands out for its efforts in eco-tourism, and with the lodge tucked at the base of Mount Batukaru and surrounded by rainforest, rice paddies, and waterfalls, each has incredible views.

Bungalows — handcrafted and made from local timber and bamboo — start from £59.

Its cleaning products are chemical-free; staff only come from local villages; and room torches are all rechargeable. 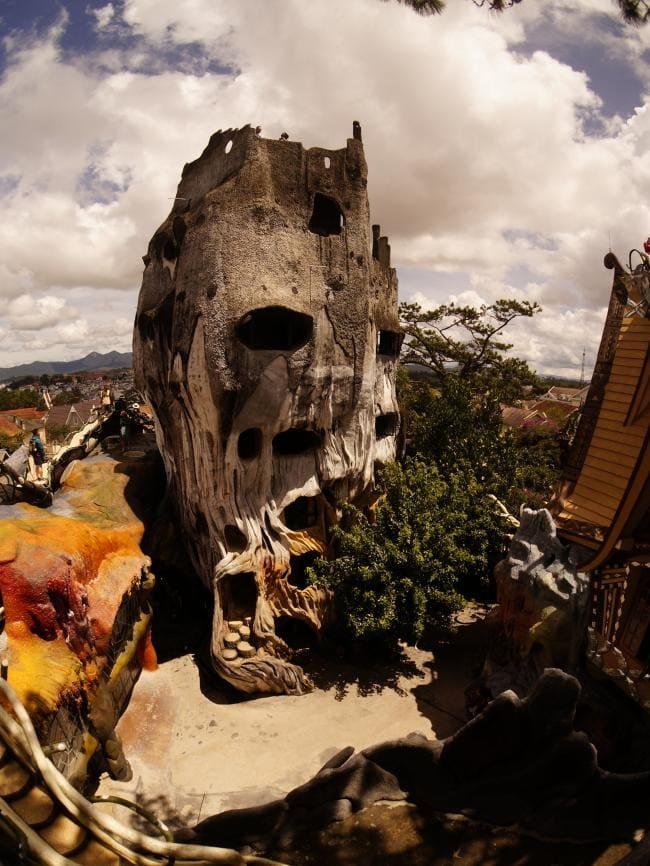 Made from slabs of stone and hollowed-out tree stumps, Crazy House in Da Lat, Vietnam, is often likened to a Gaudi creation or Disney fairytale castle.

Designed by a Vietnamese architect, it opened to guests in 1990, but it won’t be finished until 2020.

Each of its rooms is individually themed – he Kangaroo Room features a large wooden kangaroo and the Ant Room has a glass ceiling with a spider web design. 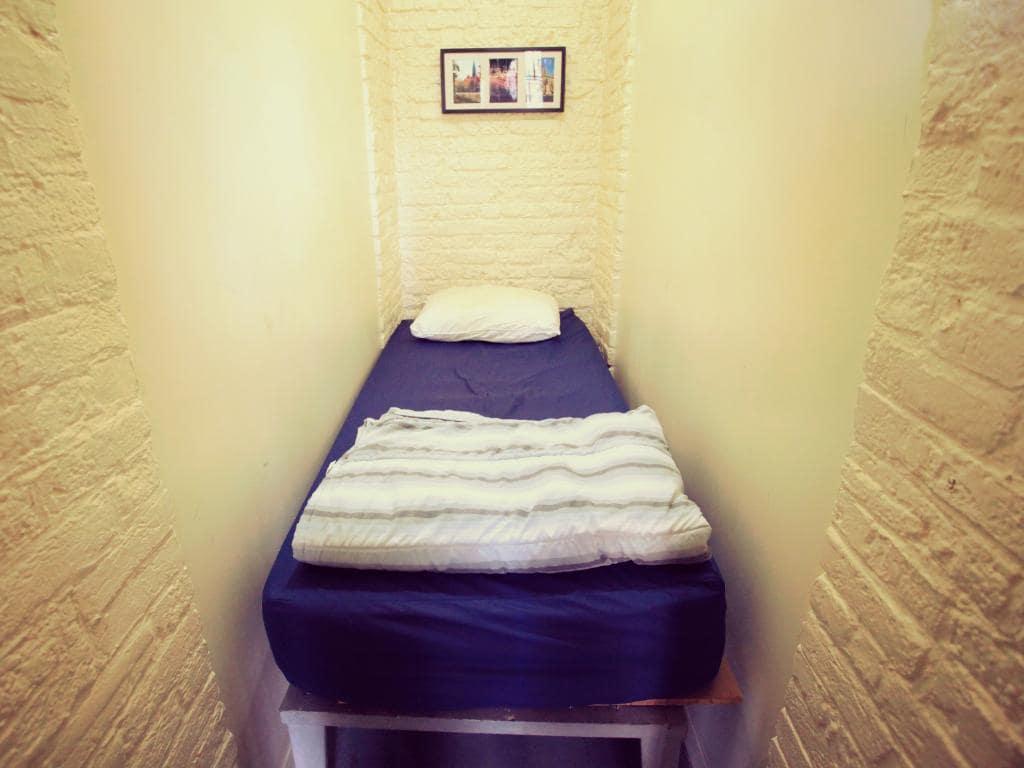 If you’re a fan of haunted houses and happen to find yourself in Ottawa, consider staying at the HI Ottawa Jail.

Inside a 150-year-old former jail, the hostel caters to every kind of traveller with a wide range of room offerings.

For those OK with room-sharing, there are dorms, but if you’ve got extra cash to splash, book a private double room in the old solitary confinement wing.

For the adventurous folk, the authentic jail cell — in a 1m wide by 3m long space — should go down a treat – from £43 a night. 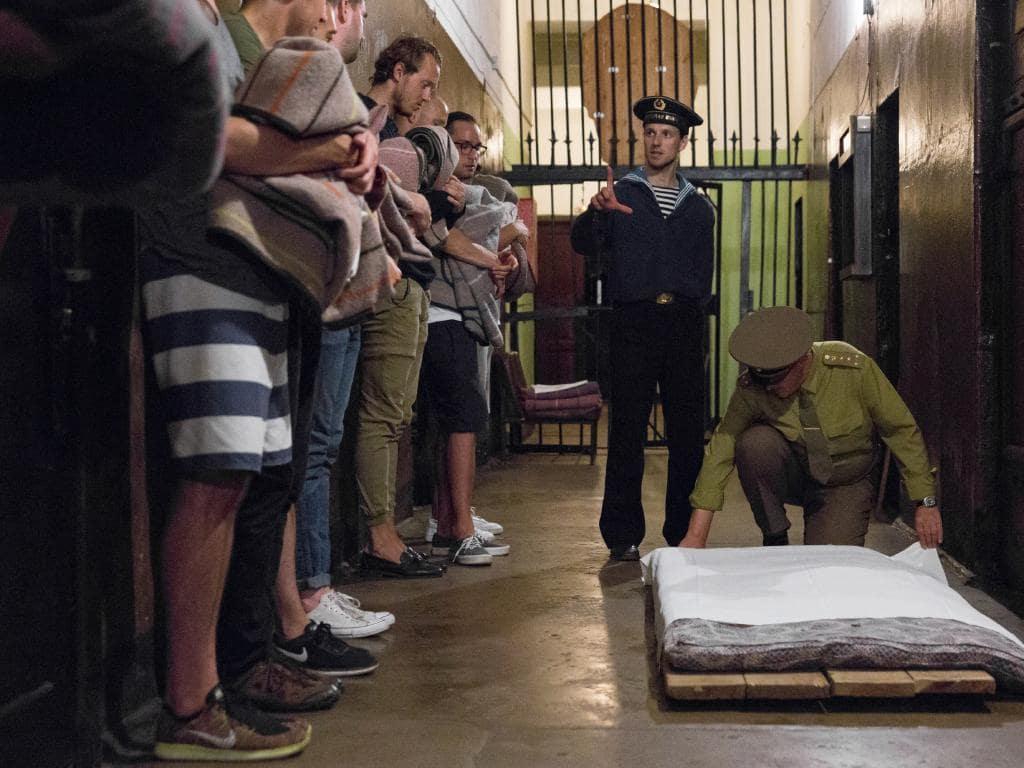 As the popularity of all those prison dramas show, the world is fascinated by life behind bars.

It’s no wonder then that Karosta Prison has become such a tourist attraction, frequently named one of the most unusual hotels in the world.

For £13 night, you can spend the night behind iron bars. 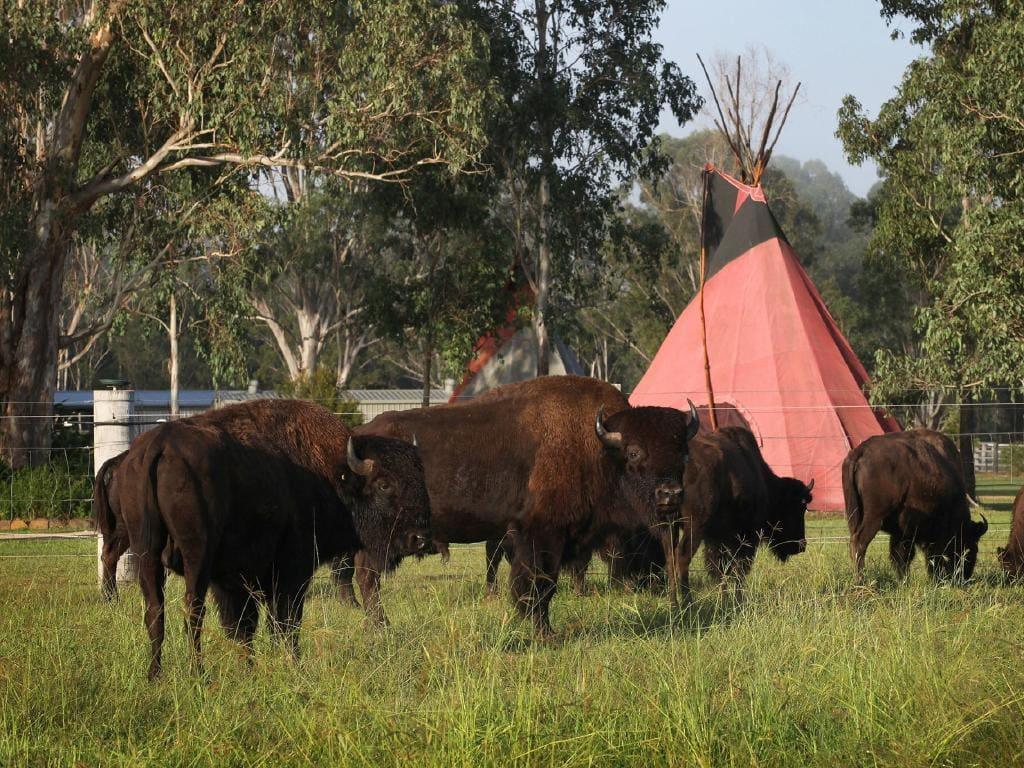 The Native American-style teepees at Aranyani Bison Adventure Park are only metres away from a working American bison ranch, and that makes the experience of staying in one feel even more authentic.

The property is a 90-minute drive south of Byron Bay in NSW, and stretches across 1.5 miles of bushland.

You can spend your time on it paddling in the pool, biking in the bush, and canoeing in the swamp, before retiring to tipi that costs £57 a night. 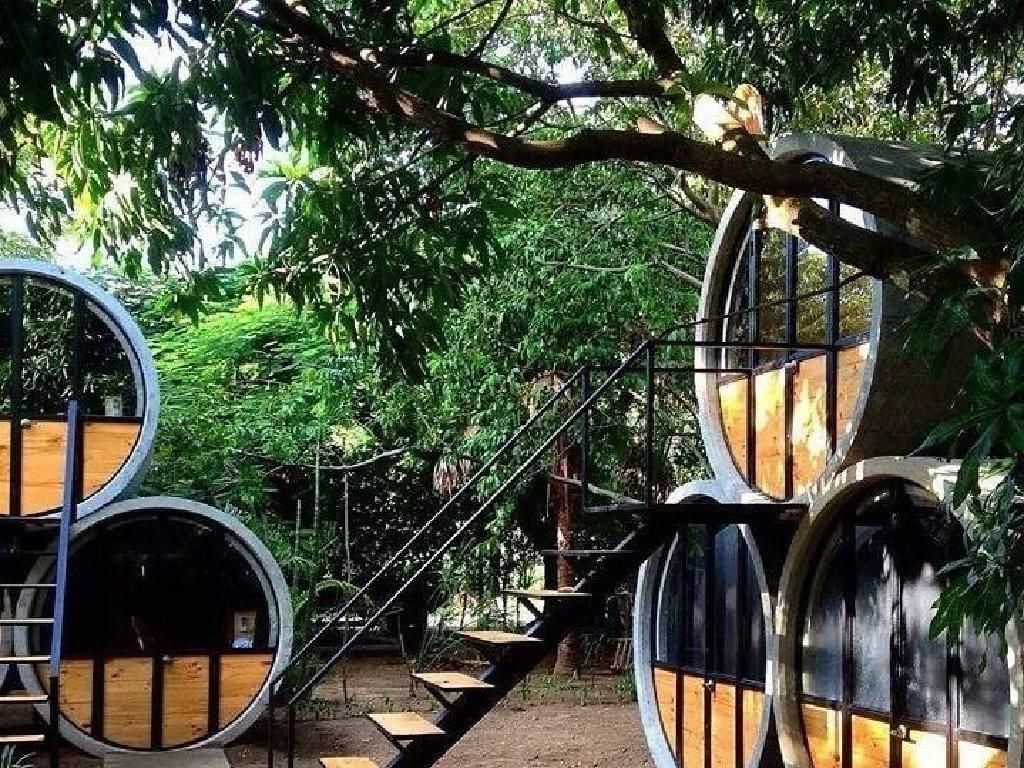 As its name suggests, The Pipe House is a house made out of pipes.

The six-bedroom hostel built from recycled concrete cylinders has been set up a few barefoot steps away from Playa Grande beach, and each room comes with a natural soundtrack of breaking waves.

Following a day of surfing or kayaking, head back to the gated property to cook dinner on its barbecues, or drop by one of its neighbouring restaurants. 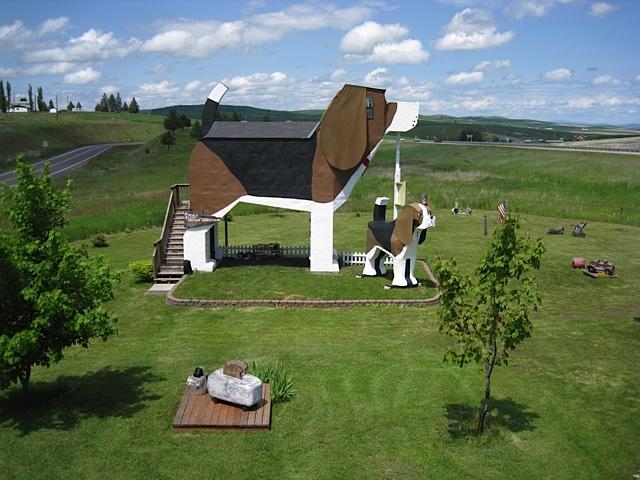 At Dog Bark Park Inn in Idaho, travellers can spend the night in a beagle-shaped guesthouse.

Built in an architectural style popular in the 1930s, the bed and breakfast opened in 2003 and has been a landmark in the American state ever since. Hosts Frances and Dennis can tell you more about it over a brekkie featuring their homemade granola.

The morning meal is included in the room rate – it costs £120 a night for four guests to rent the two bedrooms, working out at £60 per room. 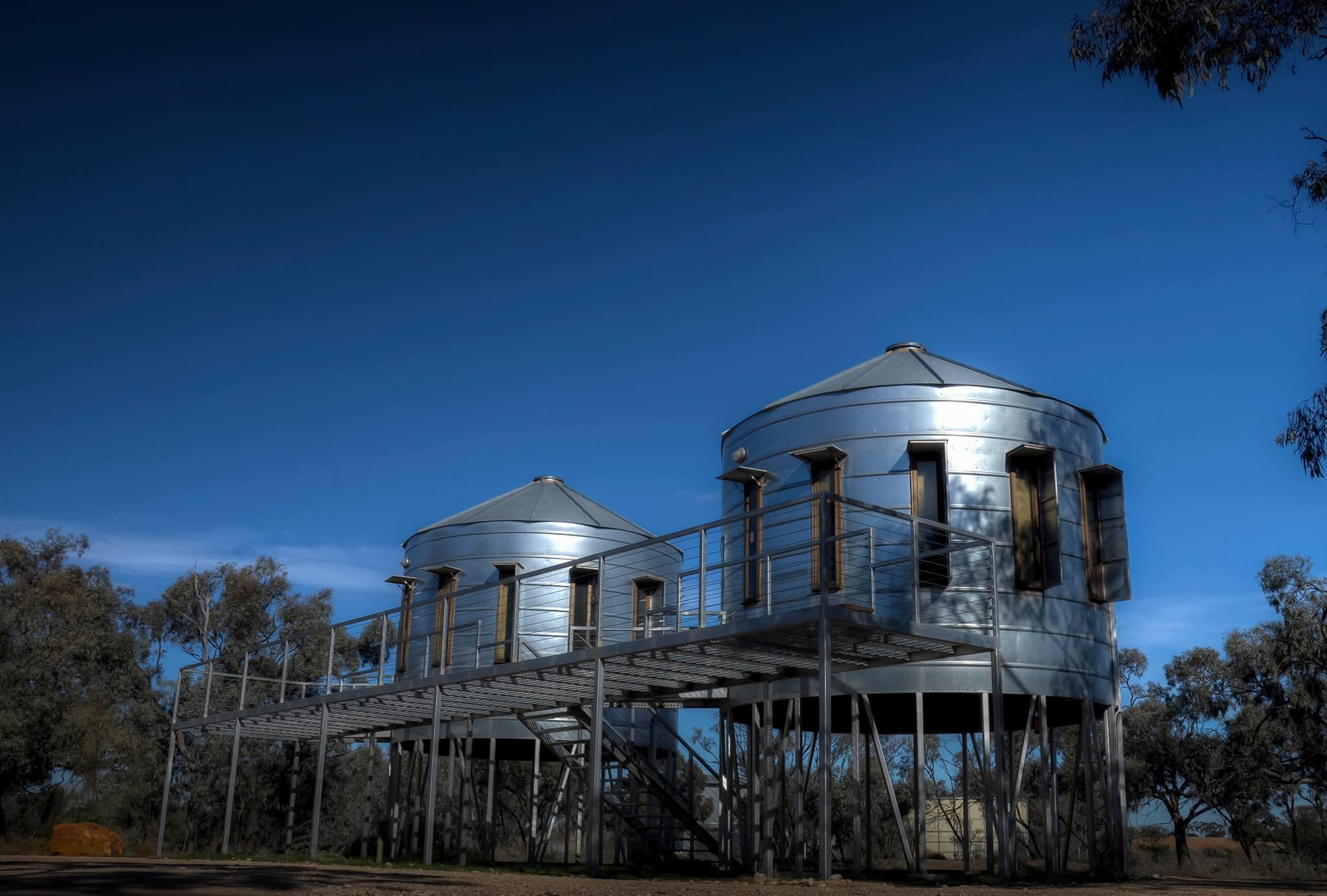 Silos, cowsheds, and horse stables are all places you can sleep at Mallee Bush Retreat in the Grampians in Victoria.

A former shearing shed serves as a dining hall and lounge.

It'll cost £9 per person to sleep in a silo.