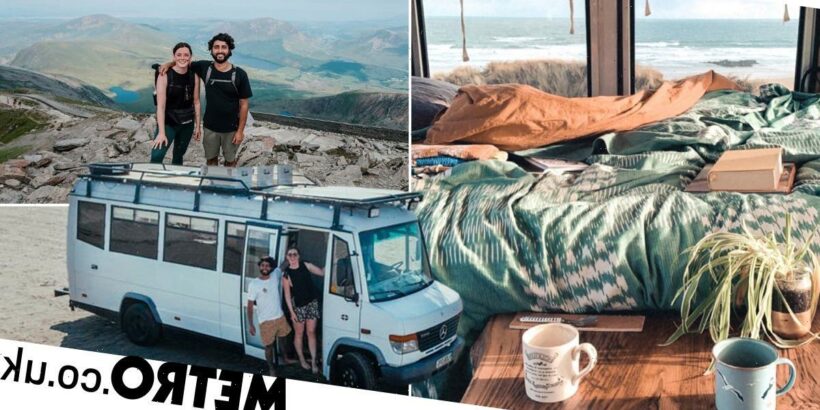 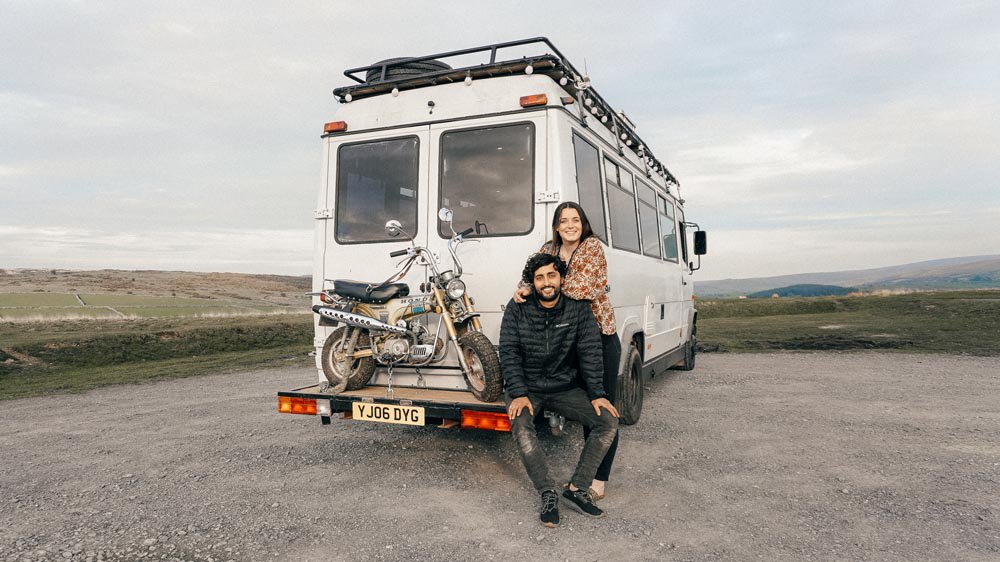 After meeting online in 2018, graphic designers Charlie Osman, 28, and Josh Akhtar, 29, were living the dream.

The pair were making enough money to rent a £1,600 a month flat together in the shadow of London’s Tower Bridge, giving them access to full-on city life.

But they weren’t happy.

Rather than enjoying the hustle and bustle, Charlie and Josh dreamt of living in a campervan.

So in October 2020, they decided to take the plunge.

The couple bought a 2001 Volkswagen T4 van for £2,000 to do up for a big adventure, then in January, they quit their jobs and ditched their London flat, with a plan to travel around Europe.

They’re not only far happier now they’re living life on the road, but are also saving a load of money, cutting their monthly outgoings from over £3,500 to £250.

Now freelancing from a work station in their van on just three days a week, they are earning less but saving more.

‘Life is richer this way and we love it,’ said Charlie.

‘We already lived in a studio flat, so we thought there wouldn’t be a huge difference living in a bus.

‘Our life in London sort of flatlined, it was almost too easy. I think the highs and lows of living on the road really add something.

‘I mentioned that I wanted a campervan and Josh was instantly excited, as he also dreamed of getting one.

‘I think at the time it was a bit weird for our friends that we just wanted to get a campervan and drive away, but we’re really outdoorsy people.’