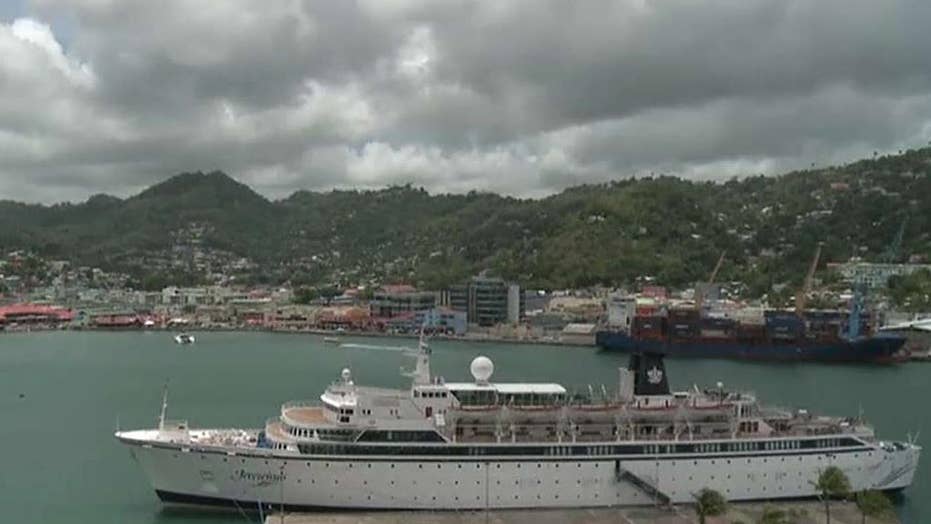 A Church of Scientology cruise ship was quarantined in the port of St. Lucia in the Caribbean after a case of measles was confirmed on board the vessel; reaction from Fox News contributor Dr. Marc Siegel, professor of medicine at NYU Langone Medical Center.

Authorities in Curacao announced on May 3 they will quarantine a ship with 300 people aboard that is heading to the Dutch Caribbean island after they were banned from disembarking in nearby St. Lucia because of a confirmed case of measles.

Health officials said they will board the ship when it arrives early Saturday and assess who has been vaccinated or had the disease previously. They said proof is required, and that people who do not comply will be vaccinated immediately.

The 440-foot Freewinds ship is reportedly owned by the Church of Scientology and is normally docked in Curacao when not in use. Church officials have not returned messages for comment. 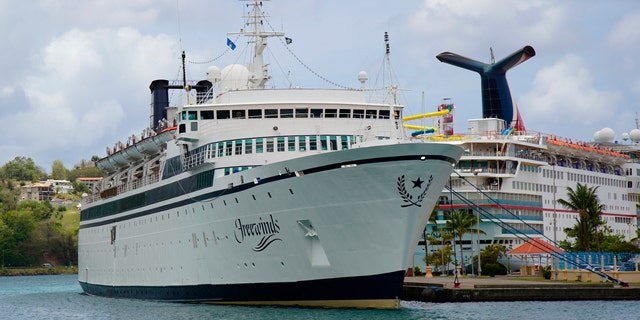 A shot of the Freewinds cruise ship docked in the port of Castries, the capital of St. Lucia, Thursday, May 2, 2019.
(AP)

The ship left St. Lucia late Thursday after spending two days under quarantine. Authorities there said the ship's doctor requested 100 vaccines after a female crew member was diagnosed with measles. 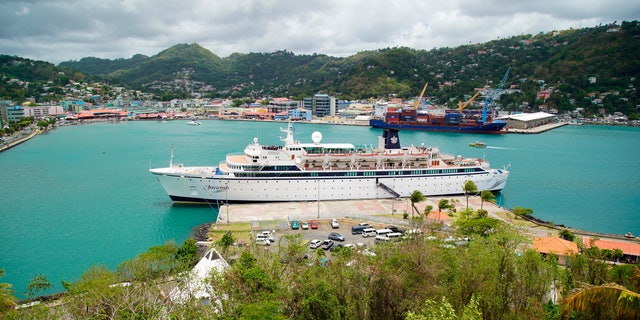 Authorities in the eastern Caribbean island have quarantined the ship after discovering a confirmed case of measles aboard.
(AP)

Curacao epidemiologist Dr. Izzy Gerstenbluth said the female crew member was in Europe and arrived April 17 in Curacao. She then visited a doctor April 22 for cold symptoms. A blood sample was taken and sent to nearby Aruba, where officials confirmed it was measles on April 29, a day after the ship had departed for St. Lucia. Curacao health officials then alerted authorities in St. Lucia. 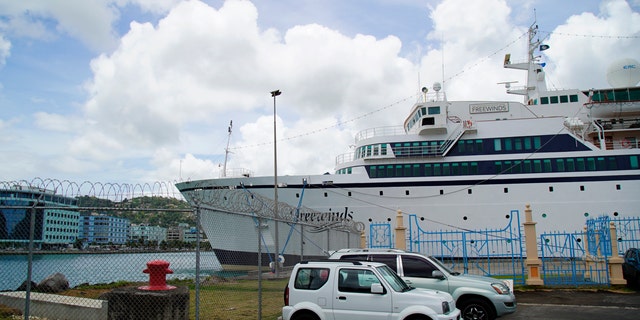 Health officials said they will board the ship (pictured) when it arrives early Saturday and assess who has been vaccinated or had the disease previously.
(AP)

It was unclear what the crew member was doing in Europe.

Officials urged anyone who visited the ship from April 22-28 to get a medical checkup. Symptoms include runny nose, fever and a red-spotted rash. Most people recover, but measles can lead to pneumonia, brain swelling and even death in some cases.

This story was originally published by the Associated Press.