EVERY year, hundreds of passengers are struck by norovirus while on board cruise ships, experiencing horrific symptoms including projectile vomiting and watery diarrhoea.

And as the bug is extremely contagious, trapped on a ship is probably the worst place you want to be when there is an outbreak. 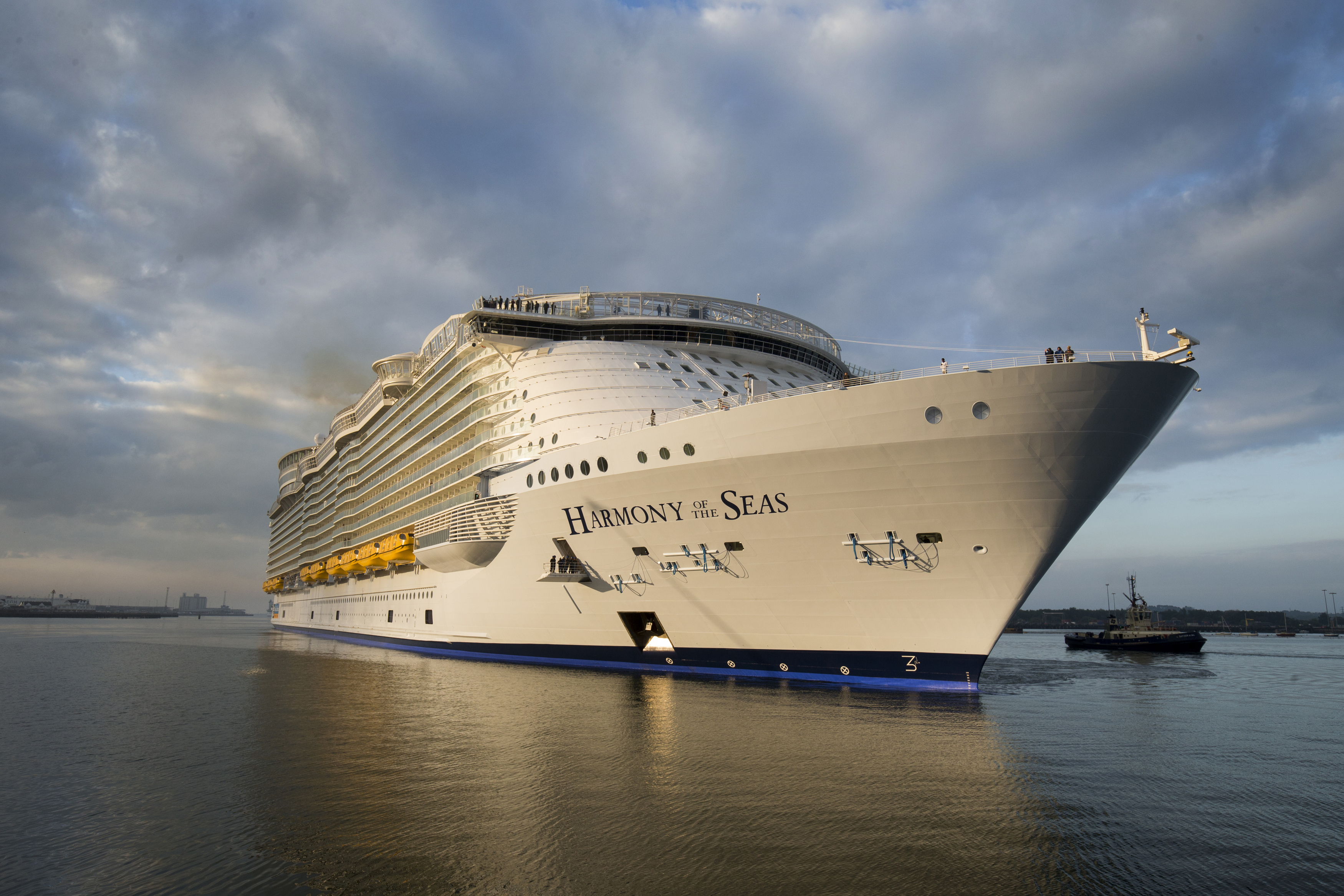 According to the US Centers for Disease Control and Prevention (CDC), "From 2008 to 2014, 74 million passengers sailed on cruise ships in the Vessel Sanitation Program’s jurisdiction.

"Only 129,678 passengers met the program’s case definition for acute gastrointestinal illness and only a small proportion of those cases (1 in 10) were part of a norovirus outbreak."

What's more, every ship has a plan – known as an Outbreak Prevention Plan (OPP) – to deal with the bug on board.

The OPP is a required document for every cruise ship, according to journalist Brandon Presser.

Brandon spent a week as a temporary director on board of Royal Caribbean's Harmony of the Seas.

In an articled for Bloomberg, he explained how the ship normally operates at OPP1, where normal sanitation procedures.

That means, for example, crew will signal to passengers to wash their hands without explicitly asking.

But when there are six people reported ill in six hours, the procedure moves to OPP2, where crew will start actively asking passengers to wash their hands.

Any crew or passengers who are affected would be confined to their cabins until they are well.

What is norovirus and what are the symptoms?

Norovirus is one of the most common stomach bugs in the UK and is also referred to as “the winter vomiting bug”, although it can affect people all year round.

According to the NHS website, you are likely to have caught norovirus if you experience a sudden sick feeling, projectile vomiting and watery diarrhoea.

Other symptoms can include a slight fever, headaches, painful cramps and aching limbs.

It is very unpleasant but it usually clears itself up in a few days.

The next stage is OPP3, where the onboard restaurants become service-only and guests will no longer be able to help themselves to food from the buffet.

Brandon added: "The entire crew, from the ice dancers to the synchronized swimmers, is recruited to the buffets to help serve, and all restaurants and guestroom linens are put in red biohazard bags and obsessively laundered in a special facility on land."

If norovirus is on board, passengers can reduce their chances of catching it by washing their hands more frequently and keep their hands away from their mouth, advised the CDC.

You should also avoid any food or water that may have been contaminated.

And for those who want to avoid getting sick, don't book short cruises.

According to Chris Mabee, a veteran crew member and figure skater, "Those trips tend to be the least-expensive, attracting both older passengers, who are prone to getting sick, and the young booze cruisers, who forget about hygiene."

Last month, a Princess Cruises ship was evacuated after a norovirus outbreak.

While earlier this year, Royal Caribbean was forced to end a cruise early due to norovirus.

Sun Online Travel recently revealed some of the worst discoveries by cruise inspectors.