DENMARK is likely to be added to the UK's quarantine list later today after cases have continued to rise, and Ireland is also at risk.

Italy and Greece, however, are likely to remain safe for now, as their daily new cases per 100,000 people remain under 20. 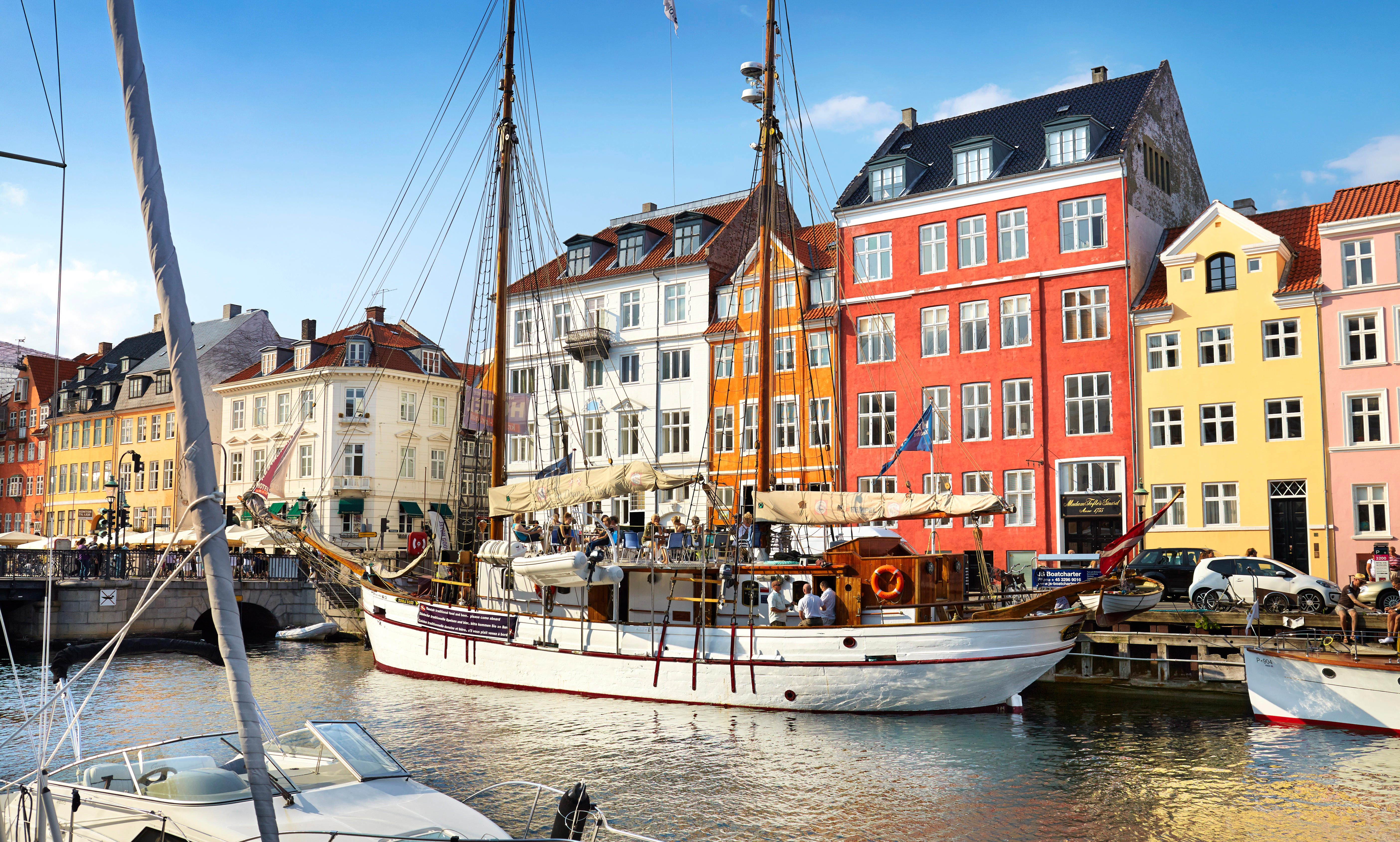 Seven of the Greek islands were added to the quarantine list last week for England, while the entire country was added by Scotland.

Italy, while once the epicentre of Covid-19 in Europe, has managed to keep cases much lower than other European destinations such as France – which saw 10,000 new daily cases over the weekend – and Spain – which has the highest cases in Europe. 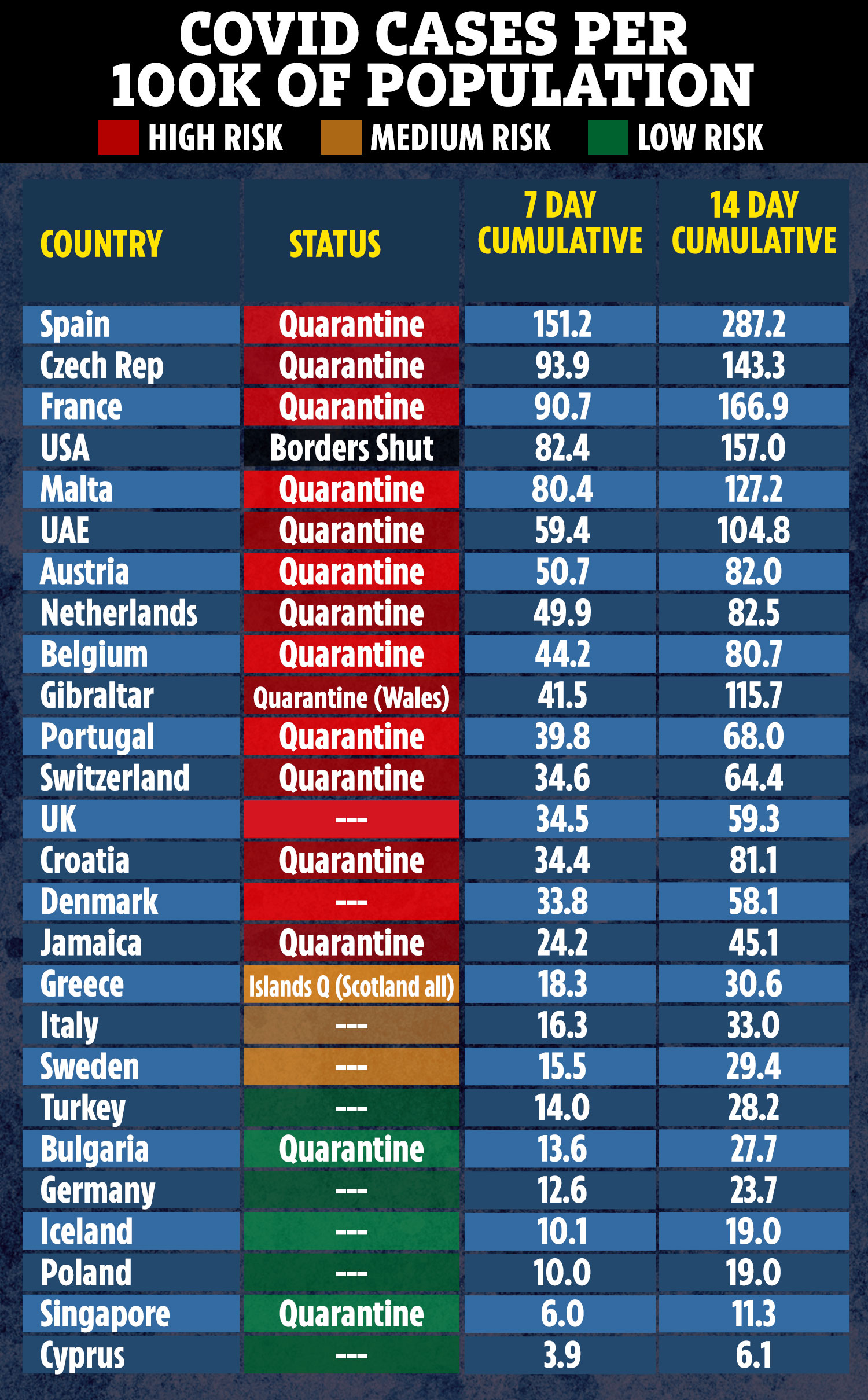 New cases in Denmark are reaching highs last seen in April, with 21,393 overall cases. Ireland has 31,799 cases, but new daily infections have been rising since the beginning of September.

While Denmark remains open to the UK, Ireland requires Brits to self-isolate for two weeks on arrival.

Countries placed onto the quarantine list are often announced on Thursday afternoons, and enforced by 4am on Saturday.

However, Quash Quarantine spokesperson Paul Charles warns that Italy and Greece could be next at risk if cases do not go down, as they remain in the "medium risk" zone. 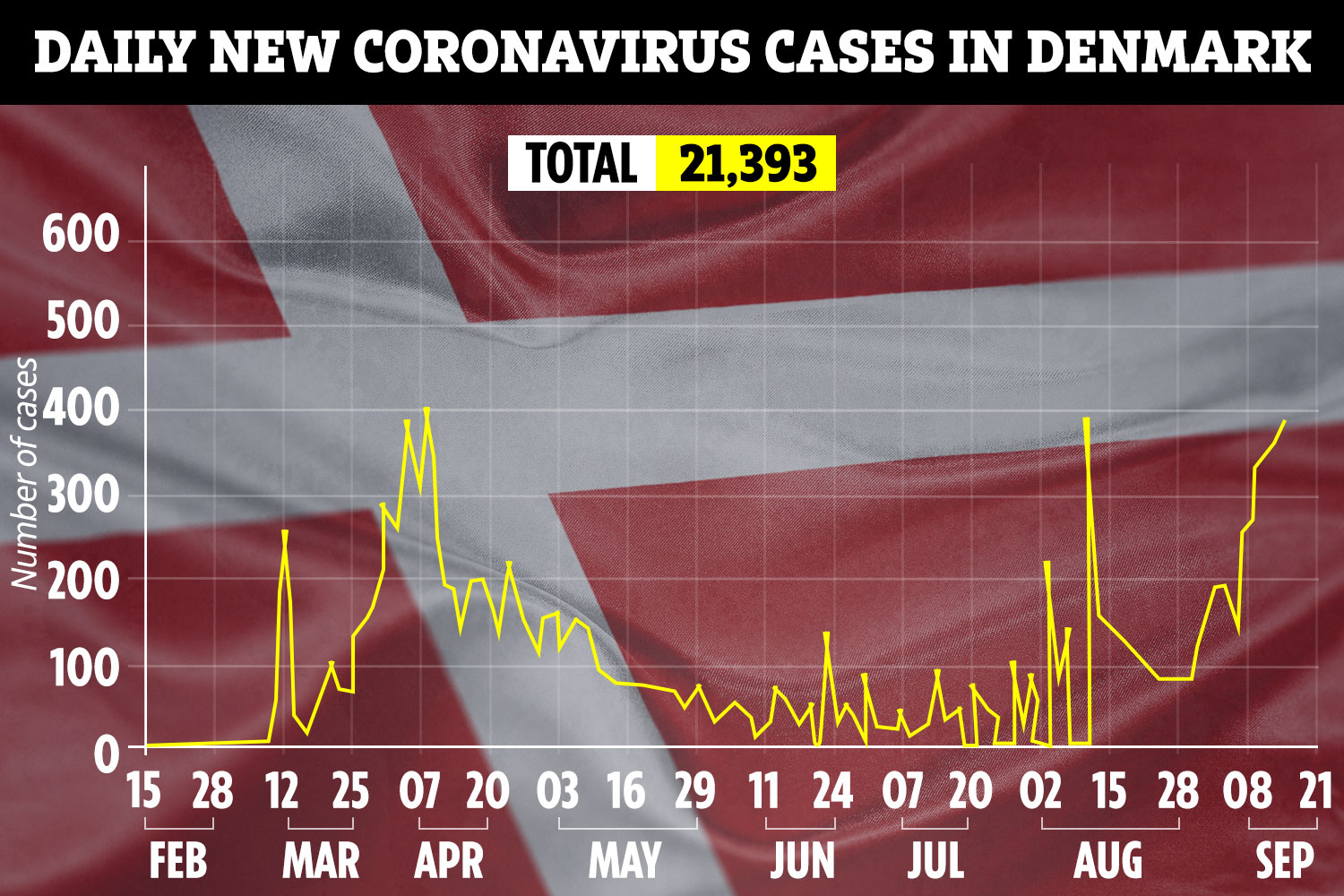 Mr Charles wrote on social media: "Denmark sadly may face being added to the quarantine list, along with #Slovenia, now on 31.1 over 7 days."

Denmark's neighbour, Sweden, was removed from the UK's quarantine list last week after a reduction in cases despite a strong anti-lockdown Government policy.

New infection numbers have been plummeting since June despite having no lockdown or other restrictions.

Croatia, Malta, the Netherlands and Malta have all been removed from the travel corridor list in recent weeks as well.

The UK government previously warned: "No travel is risk-free during this pandemic. Anyone travelling abroad should be aware that our travel advice and exemption list is under constant review as we monitor the international situation."