Rail passengers could travel between London and Bordeaux in under five hours using a proposed direct rail link.

The route would be aimed at leisure travellers who prefer to travel by train rather than plane.

London to Bordeaux rail journeys currently take five hours and 25 minutes with a change of trains in Paris. The return trip is even longer, at six hours and 26 minutes. 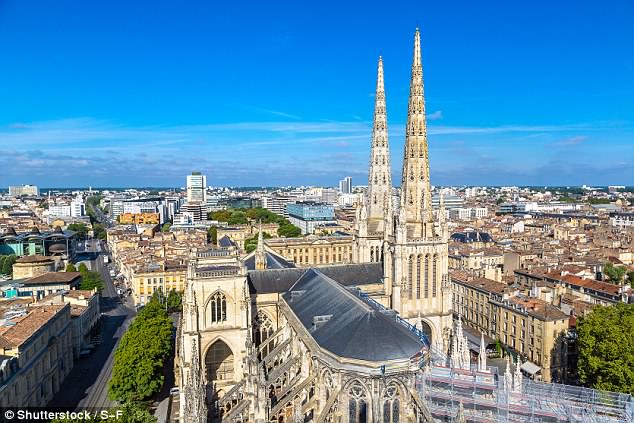 Four operators responsible for infrastructure along a new London-Bordeaux route – HS1 Ltd, Eurotunnel, Lisea and SNCF Reseau – are in advanced talks over timetable slots that could be used by a train company.

Services would bypass Paris, taking advantage of a 188-mile high-speed link between Tours and Bordeaux which opened in July last year.

Eurostar’s monopoly on cross-Channel passenger rail travel would be broken, unless it is the firm which runs the trains.

Dyan Crowther, chief executive of HS1 Ltd, which owns the railway between London and the Channel Tunnel, said: ‘As we’ve seen with the recent introduction of the Eurostar London-Amsterdam service, there’s a real demand for international train services to provide a comfortable and better connected service, especially for leisure journeys. 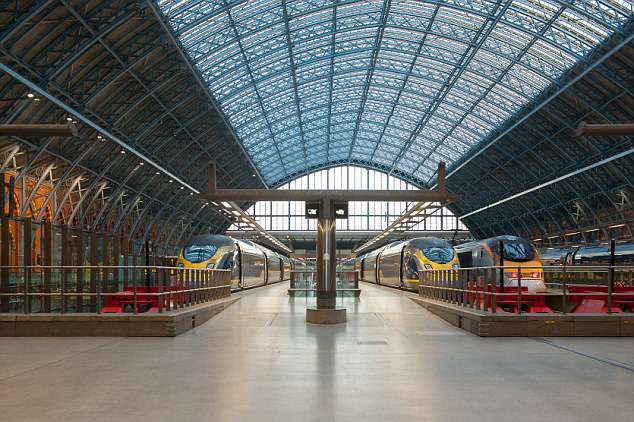 London to Bordeaux rail journeys currently take five hours and 25 minutes with a change of trains in Paris. The return trip is even longer, at six hours and 26 minutes. Pictured is St Pancras station, where trains from the UK to the continent depart from

‘This is the first time that railway operators have collaborated in this way and saves the train operator having to do a lot of legwork.

‘The route is almost ready for a train operator to turn up and turn the key as soon as the UK and French Governments agree on border controls.

‘With the right commitment, we could be looking at new services in the next couple of years. The service will take passengers direct from city centre to city centre, taking the hassle out of travel to south-west France.’

Some 1.2 million people fly between London and south-west France each year, with flights taking around one hour and 40 minutes.

The firm is also in discussions with railway operators over new direct links to Frankfurt and Geneva.

A Eurostar spokeswoman said: ‘We are always interested in new route opportunities but our priority at this time is our new service to Amsterdam.’

Eurostar has run trains from London to Paris and Brussels since 1994 and launched its Amsterdam service in April.

Although passengers are able to travel direct from London to Amsterdam, journeys in the opposite direction still involve a change of trains in Brussels for passport checks and security screening.

Eurostar described this as a ‘temporary measure’ while the UK and Dutch governments complete an agreement to allow border screening on departure in Amsterdam, as happens in Paris and Brussels.

The firm runs direct summer services to southern France – Lyon, Avignon and Marseille – although passengers must disembark the train at Lille to go through security checks.

It also operates trains to the French Alps during the winter.