But there I was, speeding along a highway which zipped straight through the Caribbean Sea. 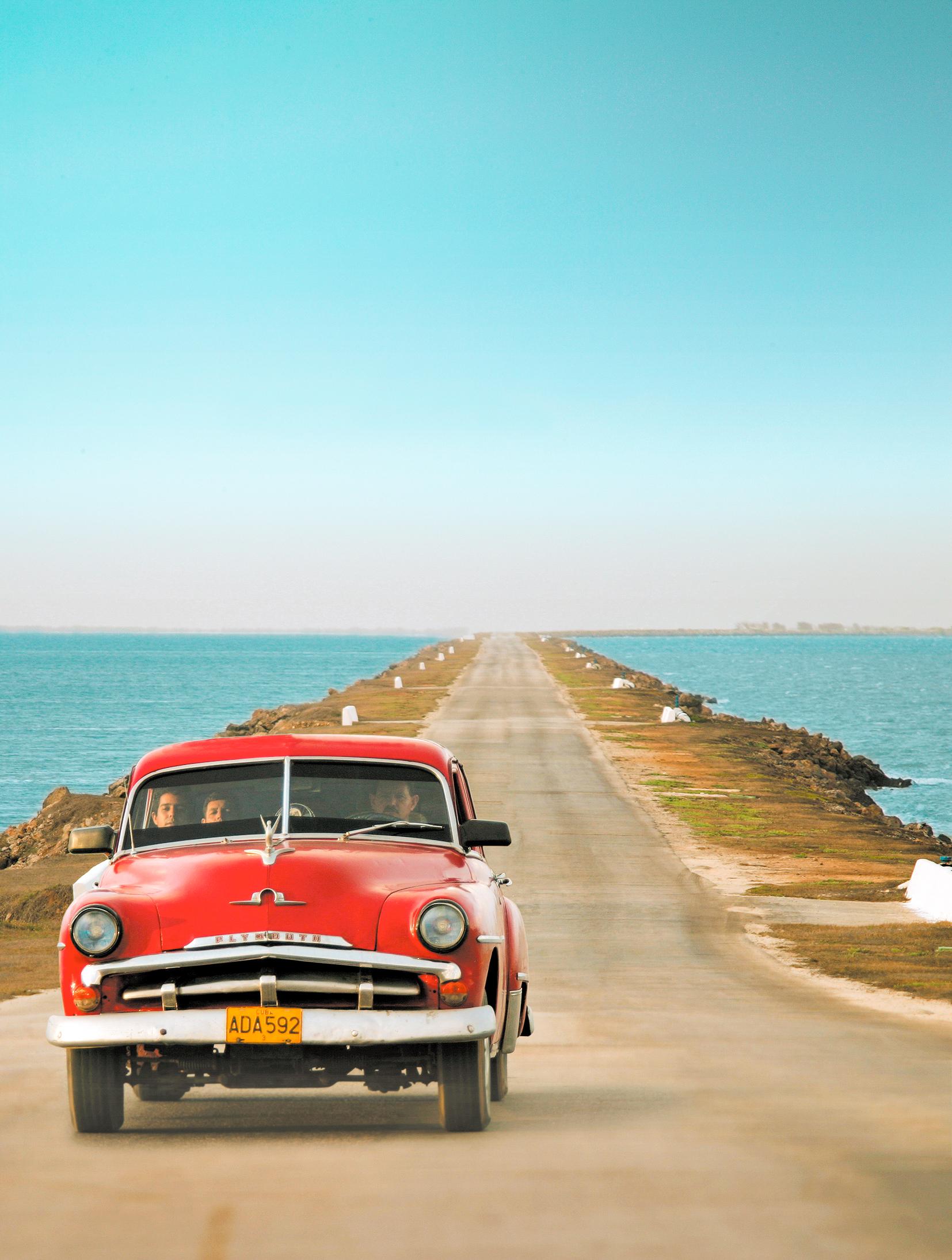 Surrounded by crystal-clear turquoise waters, straight ahead was my home for the week — the four-star Melia Las Dunas Hotel in Cayo Santa Maria, Cuba.

Feeling like I had set foot in a James Bond film, this certainly beat my usual Monday morning commute.

Growing in popularity, it is a cost- effective Caribbean alternative that still promises luxury with glorious beaches — as well as being steeped in history and character. 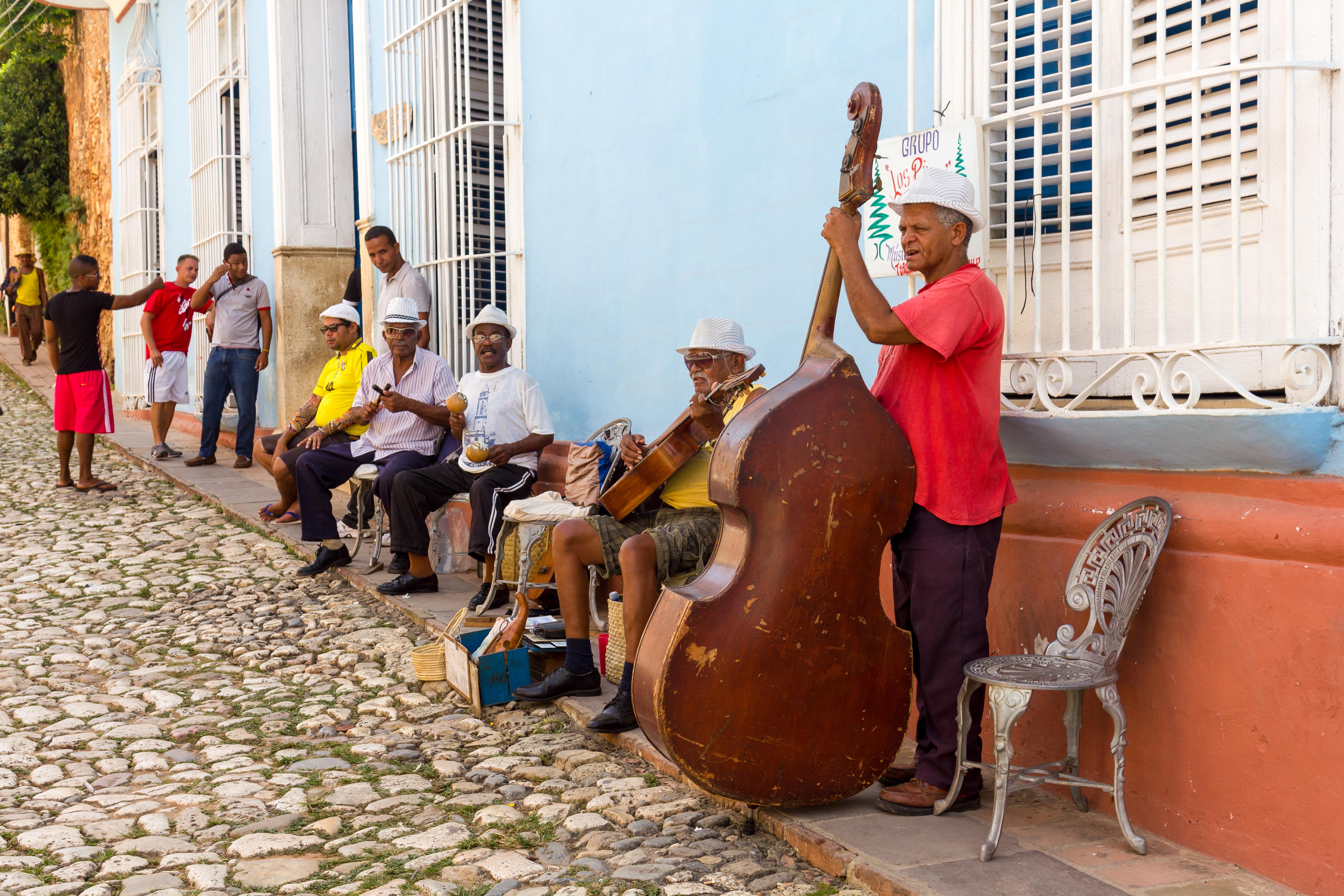 I was greeted at the hotel with a rum punch cocktail, which set the tone for the trip, before a golf cart swiftly arrived to whisk me through the gorgeous lush grounds to my double room with stunning balcony views of the ocean.

Starting as I meant to go on, I soon found the all-inclusive bar which boasted an extensive cocktail menu and fine selection of Cuba’s signature Havana rum.

I took my drink to the large pools hidden behind flowering hedges, where the picturesque backdrop is ideal when you want to escape the heat.

Plus, the adult-only pool is perfect for unwinding, with its swim-up bar with more rum and four-poster sun beds. 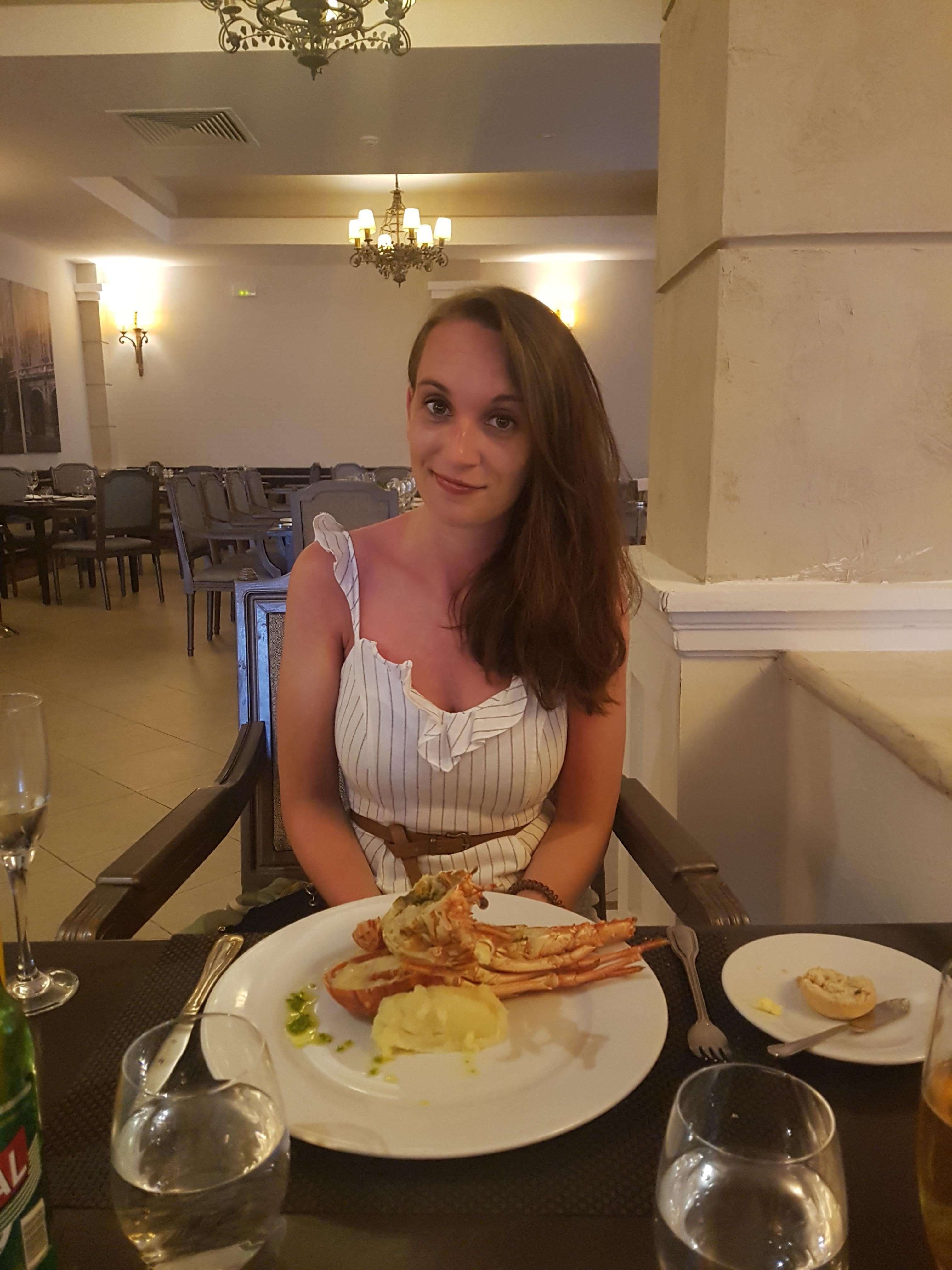 However, Santa Maria’s winning feature is at the end of a winding wooden pier leading to a stunning private beach.

With its pure white sand stretching for miles and clear-blue sea glistening as far as the eye could see, I felt like I was on my own paradise island.

But some words of warning — make sure you put sunscreen on your feet as the sun’s reflection on the sand is lethal and you don’t want to end up looking like you’re wearing red socks. I speak from experience.

With a variety of high- standard à la carte restaurants including Oriental, Italian and Mediterranean as well as a stacked daily buffet brimming with fresh seafood and a BBQ, it’s safe to say hungry wasn’t in my vocabulary. 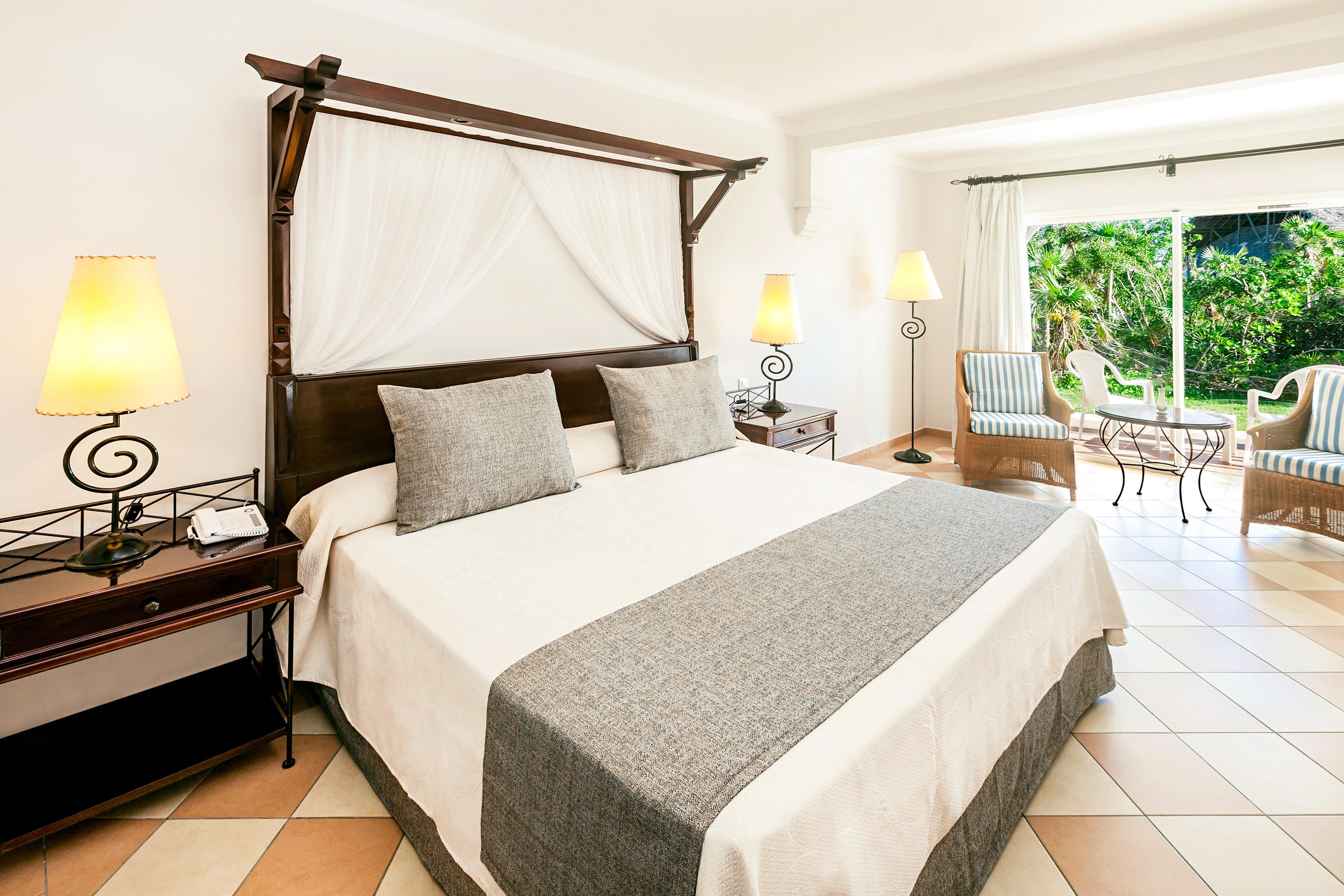 And I highly recommend the 24-hour snack bar’s “holiday staple” — a cheese toastie — after a rum-filled day by the pool.

The evenings had a carnival vibe as Latin rhythms filled the air and dancers in colourful costumes surrounded the guests. Their ability to salsa for hours on end is a serious endurance test.

I became well acquainted with the Cuban wildlife too, as the live band were often accompanied by a chorus of croaking frogs and birds (be sure to check the odd gecko hasn’t tried to sneak into your suitcase).

It would be easy to have a luxurious, relaxing week without leaving the resort, but after travelling 4,500 miles to a country that has mystified the western world for so long, I had to get to know the real Cuba.

An excursion to some of its oldest colonial towns was top of my to-do list — and the drive itself was eye-opening. 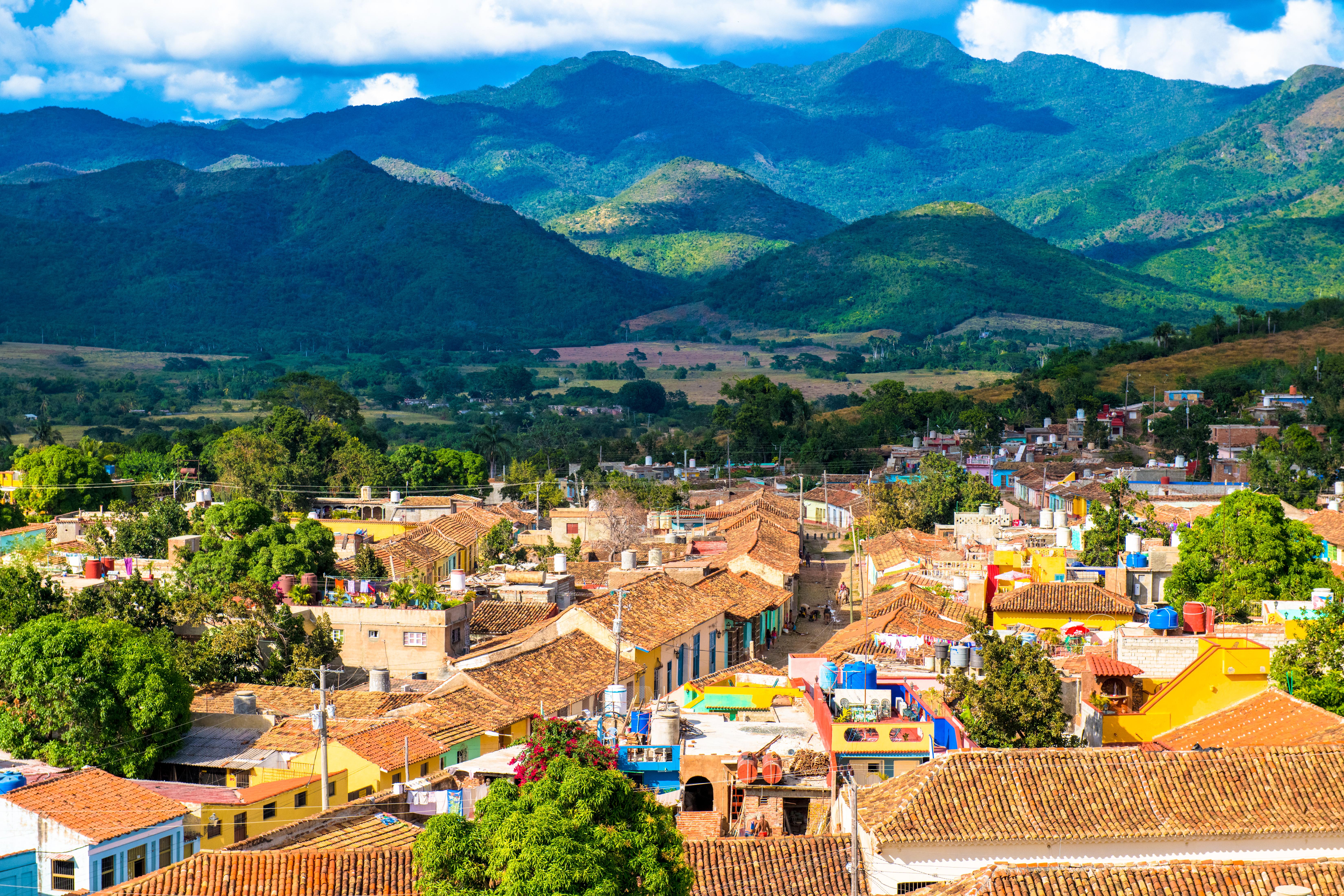 Roaring along the uneven roads in an air-conditioned coach, we whipped past horse-drawn carts, kids on donkeys and super-cool vintage Cadillacs that have become synonymous with Cuba.

Travelling through fields of sugar cane, tobacco plants and mango groves, the rural workers were hard at work making the most of the country’s natural resources.

The landscape changed quickly, moving from bustling towns straight into thick jungles and towering mountain ranges as we approached one of the first European settlements, Sancti Spíritus.

After a morning glass of sangria, I wandered the food markets and sparse shops that still use rationing stamps as currency, while taking in the beautiful architecture.

After a visit to Cuba’s oldest church and a walk to the statues of Carlos Manuel de Cespedes, leader of Cuba’s original revolution against Spain, I explored one of the isle’s hidden gems — the town of Trinidad.

OUT & ABOUT: Thomas Cook offers a variety of excursions including the two cities colonial tour from £55pp and speed boat trip from £40pp.

It was like a step back in time, with colourful, cobbled streets and refreshingly, no wifi or phone signal for miles. Who would see my Instagram posts, I thought, then realised I could not care less.

Switching off was bliss.

The Unesco world heritage site exudes the charm and splendour of its past. To see the town in all its glory, the Museo Historico Municipal is well worth the climb.

The spiralling, narrow staircase to reach the bell tower has panoramic views for some seriously Instagram-worthy snaps when I could get back online.

The former slave port has a thriving arts and crafts scene too, filled with pop-up galleries held in people’s living rooms and demonstrations of traditional hand-rolled cigars and pottery sculpting by pensioners who look as if they could do it in their sleep.

After taking in the culture on land, I decided it was time to see what lies beneath that glistening ocean I’d spent so long admiring.

I headed to the coral reefs for snorkelling, where the translucent waters were filled with life, some bigger than expected, on bountiful reefs that rival any Red Sea diving resort.

This was followed by an adrenalin-filled self-drive speedboat adventure, where I was let loose on the labyrinth of canals that surround the small Las Brujas islands.

With the wind in my hair and the eerie husk of the sunken warship San Pascual in the distance, I once again felt like I was a Bond girl on a high-speed chase.

Back on land, I immediately ordered a rum cocktail to finish the trip.
Shaken, not stirred. Obviously.