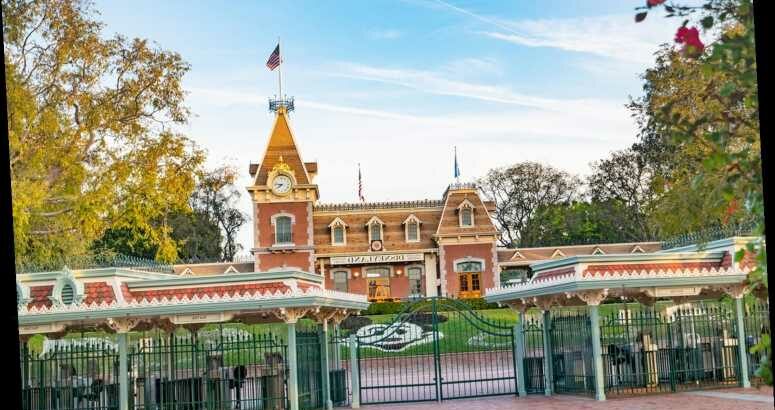 The magic is coming back to California, but it'll look very different for the time being!

Disneyland Resort in Anaheim will officially be reopening on April 30 after being closed for more than a year due to the ongoing Covid-19 pandemic.

The company made the much-anticipated announcement on Wednesday morning, sharing the news to their Disney Parks Blog and via press release.

"The day all of us have long been waiting for is almost here," said Ken Potrock, president of Disneyland Resort, in the press release. "We're excited to have more than 10,000 cast members returning to work as we get ready to welcome our guests back to this happy place."

Michael Ramirez, Disneyland's Public Relations Director, confirmed on the Disney Parks Blog that both Disneyland and Disney's California Adventure will be reopening with limited capacity, as well as several other major changes in line with the state's Covid guidelines.

For example, a new theme park reservation system will require all guests to obtain a reservation for park entry in advance, in order to keep numbers in check and promote social distancing. A similar system is already in place at Disney World in Orlando, which reopened with limited capacity in July 2020.

Unlike Orlando, currently "only California residents may visit the parks in line with current state guidelines" until further notice, Ramirez shared.

Though beloved characters will still be out and about surprising visitors, crowd-drawing experiences like parades and "nighttime spectaculars" will be put on pause until a later date in order to ensure social distancing, as well.

The company notes that they have already been practicing "enhanced health and safety measures," as Downtown Disney District reopened at Disneyland on July 9, 2020, and they will continue to do so. "Operational changes will be in place at the theme parks and hotels based on guidance from health authorities and learnings from our parks around the world to promote physical distancing, enhanced cleanliness and reduced contact," the press release states. More information about how they plan to execute these measures is available on their website.

Fans can also expect something new once the park reopens: Snow White's Enchanted Wish, a reimagined attraction in Fantasyland. This will be the first time the refreshed ride has been opened to the public.

The reopening announcement follows shortly after the Disney introduced an experience that let fans into a portion of California Adventure for the first time since its initial closure last spring.

"A Touch of Disney" is a ticketed, limited-capacity food festival that begins on March 18. The experience has since sold out, and the company assures that the festival will continue to run as planned amid news of the reopening.

While Walt Disney World in Florida has since reopened at limited capacity with mask mandates and distancing restrictions, stricter regulations in California previously mandated that the parks remain closed.

In November, Disney was able to open a portion of California Adventure for in-person shopping and dining only, but had to close its dining operations just weeks later due to rising COVID-19 cases in the area.

Last week, Disney CEO Bob Chapek revealed that he hoped the California parks would open by late April after California health officials announced that theme parks such as Disneyland may be eligible to reopen at a reduced capacity starting on April 1 as long as they passed new state safety requirements. "Here in California, we're encouraged by the positive trends we're seeing and we're hopeful they'll continue to improve and we'll be able to reopen our Parks to guests with limited capacity by late April — we look forward to publicizing an opening date in the coming weeks," Chapek said in a statement on March 9.

According to the new state guidelines, in order for Disney's parks to reopen, Orange County — where they're located — will have to meet specific COVID-19 metrics related to positive case counts under the state's Blueprint for a Safer Economy guidelines.

Once the county has reached the red tier — meaning it is reporting four to seven daily new COVID cases per 100,000 residents or 5 to 8 percent positivity rate — the parks will be able to open their doors at 15 percent capacity.

If case rates continue to drop, the theme park capacity may go up to 35 percent. There is no guidance for reopening at a higher capacity at this time.