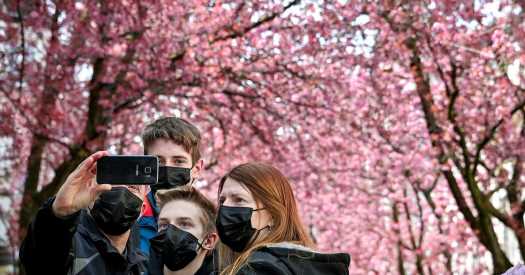 On March 31, President Emmanuel Macron of France announced the start of a third national lockdown in a bid to control the spread of a new deadly wave of the coronavirus. Domestic travel between regions is forbidden and restaurants, bars and cafes remain closed.

Germany has been in various forms of lockdown since November, with no signs of when restrictions might be lifted. And Spain, in recent months, has made a concerted effort to restrict Spaniards to their home regions, with police roadblocks near provincial borders on holiday weekends to keep people from traveling and possibly spreading the coronavirus.

It is against this backdrop that the European Union announced that it would be welcoming vaccinated visitors from the United States this summer.

Ursula von der Leyen, president of the European Commission, said Sunday in an interview with The New York Times in Brussels that the pace of vaccination in the United States, and the fact that it was using the same set of approved vaccines as European Union members, “will enable free movement and the travel to the European Union.”

She did not offer details on how or when tourist travel might open up.

That declaration was met by enthusiasm from many Americans eager to travel. In an analysis of travel bookings, the travel app Hopper observed a 47 percent spike in airfare searches from the United States to Europe for the summer since Sunday, with the top five most-searched destinations being Paris, Barcelona, Frankfurt, Athens and Amsterdam, according to a spokeswoman for the company.

In Europe, though, the reaction was more mixed.

“American tweeters celebrating their upcoming Tuscan summer holidays completely oblivious to what’s going on here. Me me me me me,” one Italy-based travel writer posted on Twitter, in response to Ms. von de Leyen’s announcement. Italy is in the middle of a third wave of the pandemic that appears to have peaked in late March, with the curve slowly going down. Across the country, only 9 percent of the population is fully vaccinated, and 12 percent partially.

But others expressed hope. “I’m really looking forward to welcoming the world to Berlin again,” said Hans-Rüdiger Scharfenort, 74. The retired engineer was one of few people on the Unter den Linden, Berlin’s most prestigious avenue, on a recent cold, but sunny, April morning. The street usually teems with thousands of tourists and locals.

Europe is one of the top three destinations for Americans, with millions visiting every summer. Several European countries struggling under the virus, like Greece, Spain and Italy, have relied on tourism dollars — specifically American tourism dollars — to fuel their economies for decades. 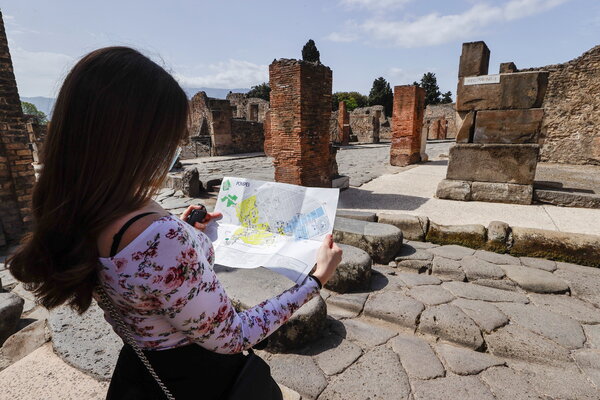 Xavier Denamur, 58, who owns multiple restaurants on the rue Vieille du Temple, in the trendy Marais neighborhood of Paris, said he, too, is eager for American tourists to return.

“They are regular customers, coming every day for two or three months a year,” he said, adding that before the pandemic, Americans accounted for at least 30 percent of his clientele. Mr. Denamur said he is hopeful that this summer will be different from the “disaster” left by the previous one, when he suffered an 80 percent loss in revenue.

For many, the announcement only highlighted the present situation in much of Europe, where vaccinations have been running far behind those in the United States and where lockdowns have been far longer and much stricter.

“The U.S. vaccination program has been like a televised miracle happening before our eyes — a country that was going downhill is suddenly full of hope,” said Virginia Irurita, the founder of the Madrid-based travel agency, Made for Spain and Portugal. “We’d love for Americans to spread that hope over here.”

Marina Colombo, a 54-year-old stationery shop owner in Milan, said she was “more worried by unvaccinated Italians than about vaccinated internationals.” Italy, one of the hardest hit countries at the beginning of the pandemic, has recently experienced vaccine shortages and distribution discrepancies across different regions.

As to Americans visiting: “If Milan were to go back being touristy, I would love that,” she said.

In Berlin, Ralf Ebling, 69, has been running a small snack booth just yards away from the Brandenburg Gate for three years. Business was booming before the pandemic, he said, but now the place is mostly empty.

“It’s like we are in a submarine that keeps sinking and we are just all waiting for it to hit the ground,” he said. Mr. Ebling added that he will only believe that tourists — and their business — will return when they show up at his stand.

Although German politicians are promising a prospective reopening plan by the end of May, the mayor of Munich announced on Tuesday that the annual Oktoberfest — still half a year away — would probably not go ahead, for a second year in a row.

Greece, which surpassed 10,000 Covid-19-related deaths on Sunday and has been under strict lockdown for months, including a requirement to text the government when leaving the house, is actually a step ahead of the European Union. It had originally announced that it would reopen to tourism on May 15, but then announced that travelers from a handful of nations, including the United States, could visit as of April 19 if they are fully vaccinated or can show a negative PCR test result.

Many Greeks had hoped to travel to nearby islands or villages to reunite with family members over the Orthodox Easter break on May 2, but the government instead kept the restrictions on travel by residents in place. “Everything for the tourists,” said one social media user in a Facebook post on Sunday.

Still, many in the tourism sector are eager for the industry’s return, with Greece leading the charge.

“We are thrilled that tourism is reopening. We have been waiting for this all winter,” said Christos Sigalas, the community president at Donousa, a tiny Greek island in the Aegean. Mr. Sigalas added that the fact that most island residents have been vaccinated combined with the high vaccination rate in the United States made residents feel safe.

Spain, though limiting its own citizens’ movements, has for weeks been open to visitors with negative PCR tests from the rest of Europe, and tourists have been flocking to places like Madrid, which has more relaxed restrictions than their home cities. Most of its cultural attractions are open with Covid protocols, and the city’s curfew is 11 p.m., compared to much earlier curfews in other parts of the country and Europe.

Residents there were sanguine about the idea of American visitors. “My neighborhood is already full of unvaccinated French people working remotely, so I think it’s great,” said Naroa Quiros, an interior designer specializing in restaurants, about the decision to open the country up to vaccinated Americans. “Madrid needs it and certainly businesses need it.”

In Turkey, where tourism is the lifeblood of the economy, the European Union’s announcement came just as the country was about to enter a full nationwide lockdown to curb a surge in coronavirus infections and deaths, which have reached record levels. The Turkish Health Ministry recorded 37,312 new Covid-19 infections and 353 deaths over a 24-hour period on Monday.

Under the new measures, Turkish residents will be required to mostly stay at home except for grocery shopping trips and urgent medical treatment. All restaurants, cafes, bars and nonessential shops will be closed. As they have been through much of the pandemic, tourists will be exempted from the restrictions.

“At a time when Europe is entering a phase of reopening, we need to rapidly cut our case numbers to below 5,000 not to be left behind,” President Recep Tayyip Erdogan said on Monday. “Otherwise we will inevitably face heavy costs in every area, from tourism to trade and education.”

There were, of course, practical questions about what kind of “vaccine passports” might be developed and concerns about whether amid a slow vaccine rollout in France, for instance, even vaccinated Americans could impact the evolution of the outbreak.

Michele Gargiulo, 40, who co-owns and runs LibrOsteria, a bookshop cafe in Milan that was a tourist attraction before the pandemic, said that though he is concerned about safety, he believes that “it could be tourists just like it could be anything else.”

“We’re just so exposed,” he said. “I am no longer afraid of anything.”

Tommaso Lué, a 25-year-old college student who lives in a suburb of Milan, said in a telephone interview on Monday that he does not see any health risk in opening Italy to vaccinated tourists, though he was concerned about the privacy implications.

“I mean, in normal times I wouldn’t like something like this, demanding people prove their vaccination status to enter the country,” he added. “But these are not normal times, so this seems to me a good way to safeguard public health without sacrificing democracy.”

Some, however, merely hoped that the United States, which still bars travel from Europe with few exceptions, would reciprocate the gesture.

“It would be good that the United States decide to do the same for vaccinated Europeans so that we can come visit the U.S. this summer as well,” Alexiane Rolland, a 22-year-old Parisian student, said.