AN easyJet passenger claims she was forced to sit on a broken plane seat which had no cushion – and had to use her jumper instead.

Alisha, 19, was travelling back from Barcelona to London with her friends following a hen do when she spotted the seat while boarding. 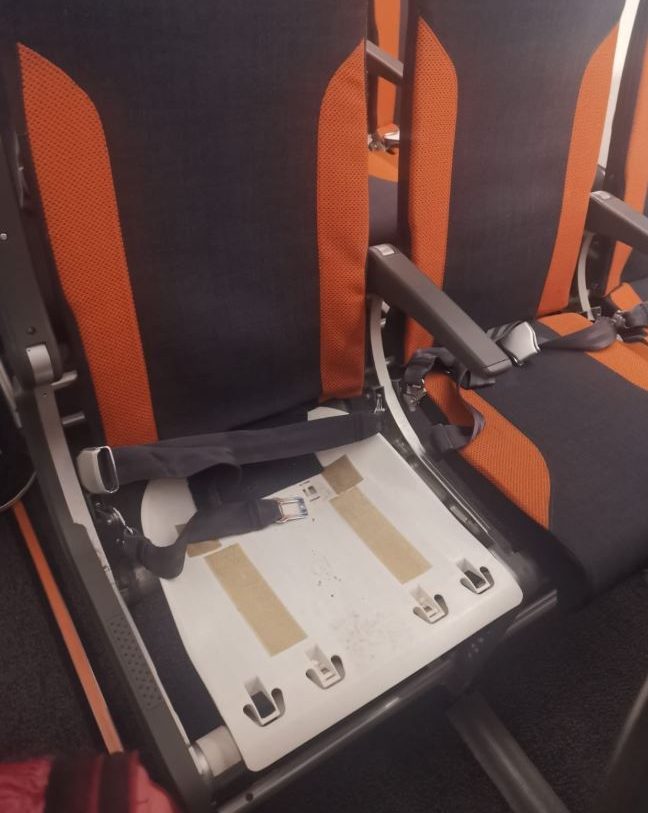 After boarding the two hour flight, she realised there was nothing for her to sit on.

She told Sun Online Travel: "Once we reached our seats, we came across a 'seatless seat'. Unfortunately that was assigned to me."

Alisha quickly made flight crew aware of the problem, but was told that they would only move her if there were spare seats after everyone had boarded.

She explained: "We were told there weren’t any seat covers and we’d be told if there were any free seats after the flight had taken off.

"But we were not told which made us assume it was fully booked.

"We were told by one of the flight attendants that 'it wasn’t a long flight', so I wouldn’t be uncomfortable for long."

Despite being able to sit on a jumper as a makeshift cushion, she said it was still not a comfortable option.

Alisha added: "I managed to get my sister's cardigan and tuck it under me but I still felt the awkward ridges.

"We were all so tired that we didn’t argue much as we knew that wouldn’t have been able to sort the issue out then.

"We all just turned it into joke after but it was such a horrible flight and the staff’s attitude was disgraceful."

She has since complained to the airline on Twitter, as she claims the group were also told to pay an extra €60 (£51) each for their hand luggage despite it fitting on the outbound flight to Barcelona.

EasyJet responded on social media that they would look into the incident.

It isn't the first time a broken seat has been spotted on an easyJet flight.

Earlier this year, a man went viral after he shared a picture of a woman on a seat with no back during an easyJet flight.

The airline quickly added that no-one sat in the seat during the flight.

Another man spotted a broken seat on an easyJet flight and shared it on Twitter, but added he was able to sit in the seat next to it.

Having no seat cushion may not be a problem much longer – with airline manufacturers designing stand-up seating for planes in the future.

One man recently revealed what it is like to sit in the "best plane seat in the world" which costs over £5,000.