But what was different this time was that we welcomed it. 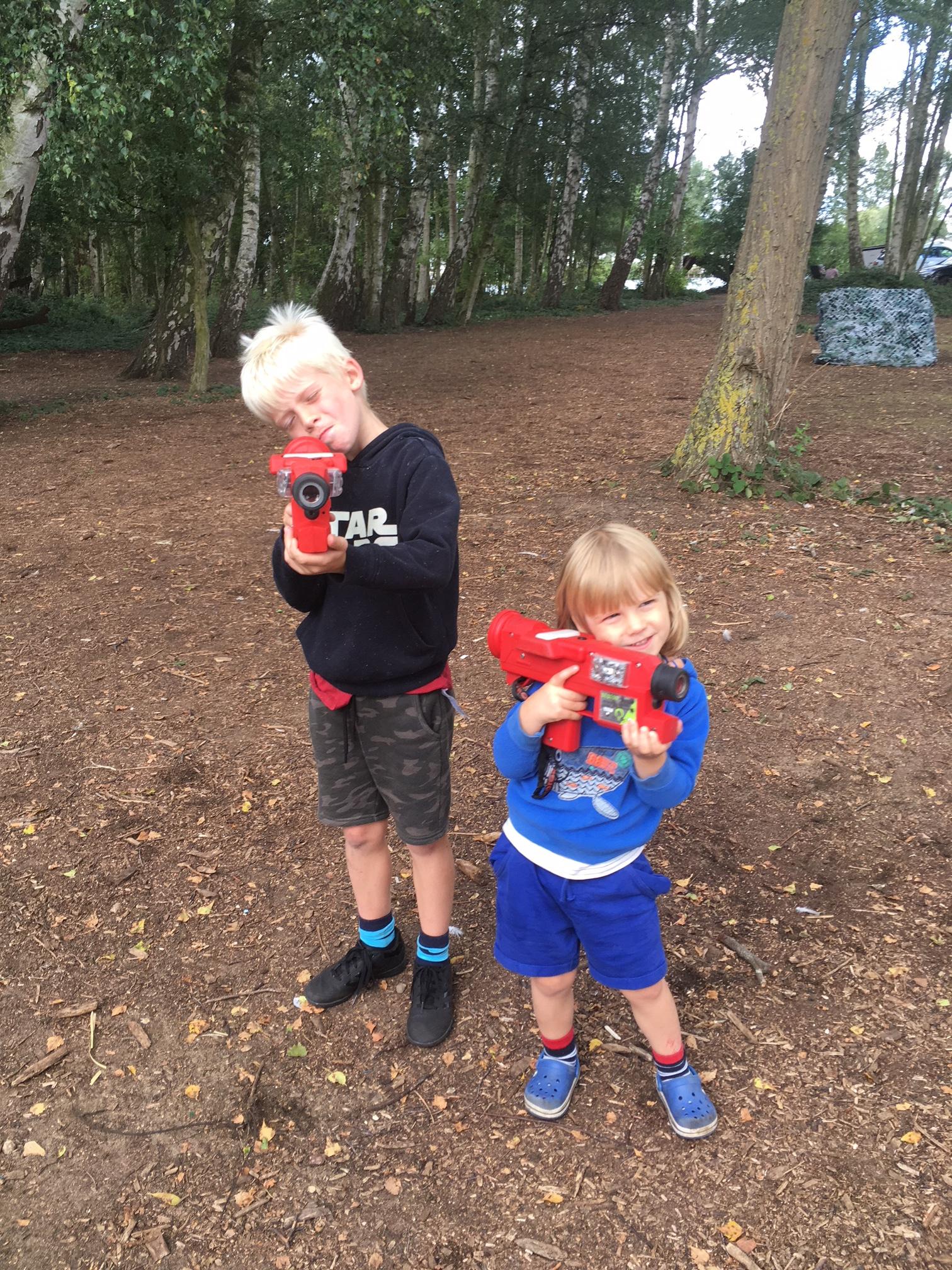 Why? Because we were on a campsite in the British countryside having a quintessentially British holiday — while sat in a hot tub.

This was camping, but not as we knew it.

But here we were at Tattershall Lakes near Lincoln, on a sprawling site with luxurious holiday homes, and we were loving it.

My wife Emma and I packed up our sons Barney, six, and Louie, three, for one last holiday to mark the end of last summer with a three-day break at the resort.

Our home from home was an Indulgent Lakeside Lodge, complete with hot tub and decking overlooking the site’s nine stunning lakes.

We all had loads of space and the boys were delighted to find a TV in their bedroom.

As they tucked into episodes of Horrid Henry, we unpacked and got used to the fact that while our new home was a caravan, it was bigger than our old flat in London. 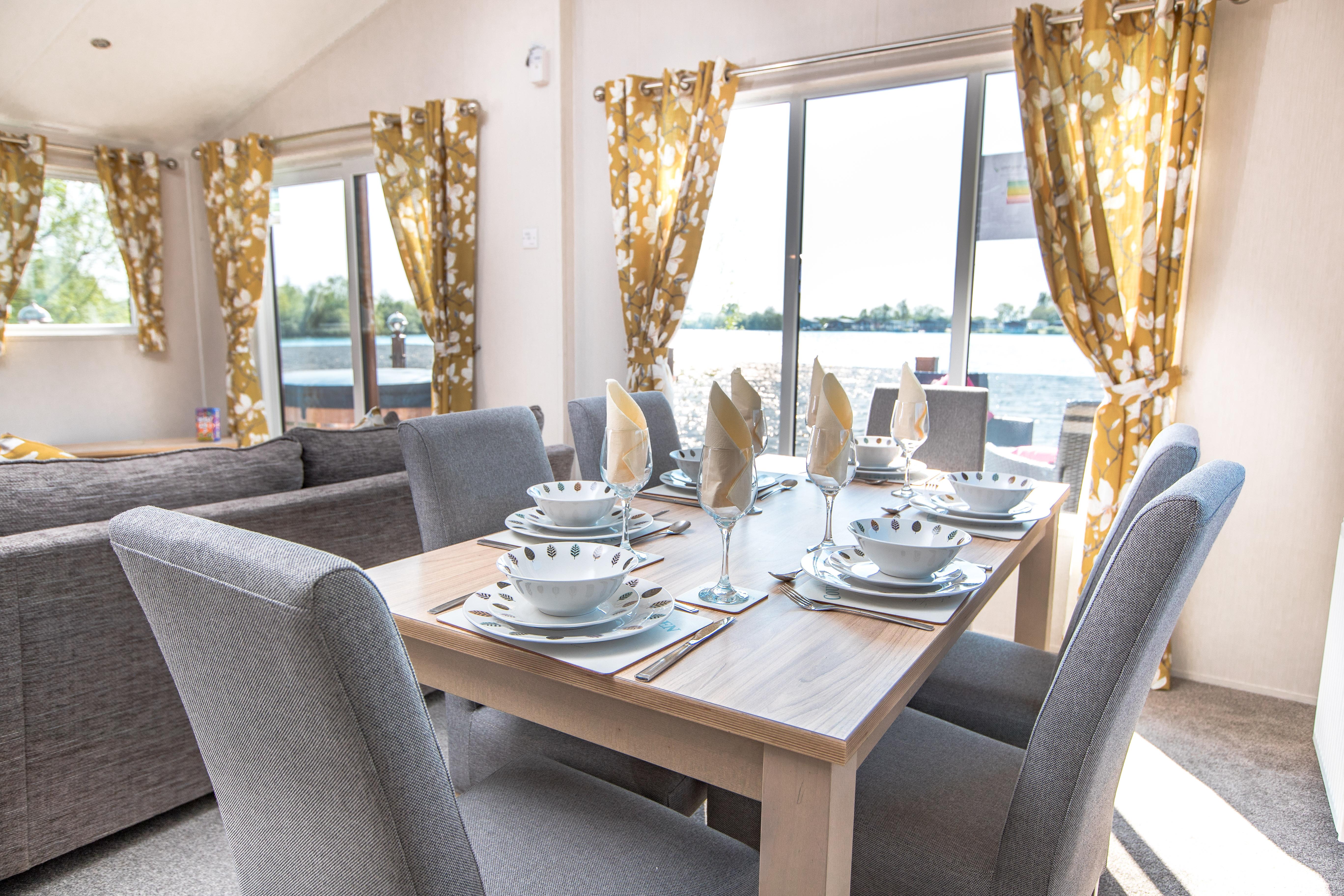 The lodge not only had a decent double bed in the master bedroom, with walk-in wardrobe and ensuite, we even had an open-plan living space with two sofas and a dining table — and enough floor space for the boys to sit and build their latest Lego creations.

There is a wide range of accommodation options, including tent pitches, while other high-end lodges include the bonkers Rockstar, with its Cool Britannia design, and the uber-chic Tribeca, designed to look like a Manhattan loft.

After shoving a couple of pizzas in the oven, we got on our bikes and went off for a pre-bedtime swim.

The site has just benefitted from a £5million investment, with a new indoor Splash Zone pool with a water wheel, tipping buckets, water curtains, sea squirts, play panels and a metre-high slide. 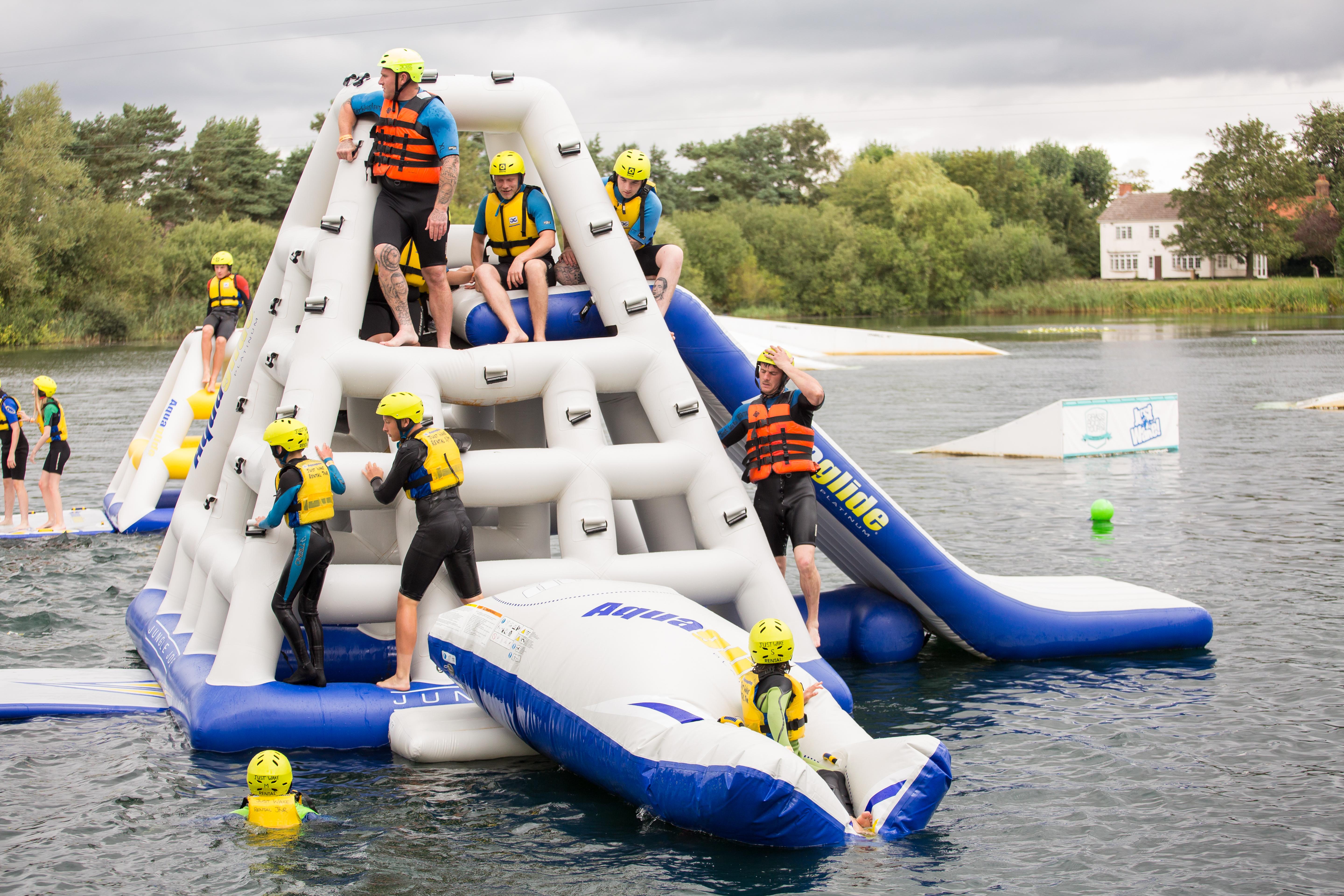 It operates a booking system to prevent overcrowding, which worked well, and we were able to swim each day without too much planning.

Once we towelled off, we wandered back to the amusement arcade and allowed the boys to maniacally play the 2p push games and arcade machines as a treat before bedtime.

Saturday started with Barney demanding to be allowed out on his bike — luckily the lodge was on a quiet cul-de-sac so the boys were able to cycle and scoot safely within our sight, allowing them a rare moment of freedom which reminded me of a family trip to a caravan park in Norfolk when I was a kid.

After breakfast we made our way back to the entertainment area where we put on laser tag vests and headed into the forest for a shoot-em-up battle. 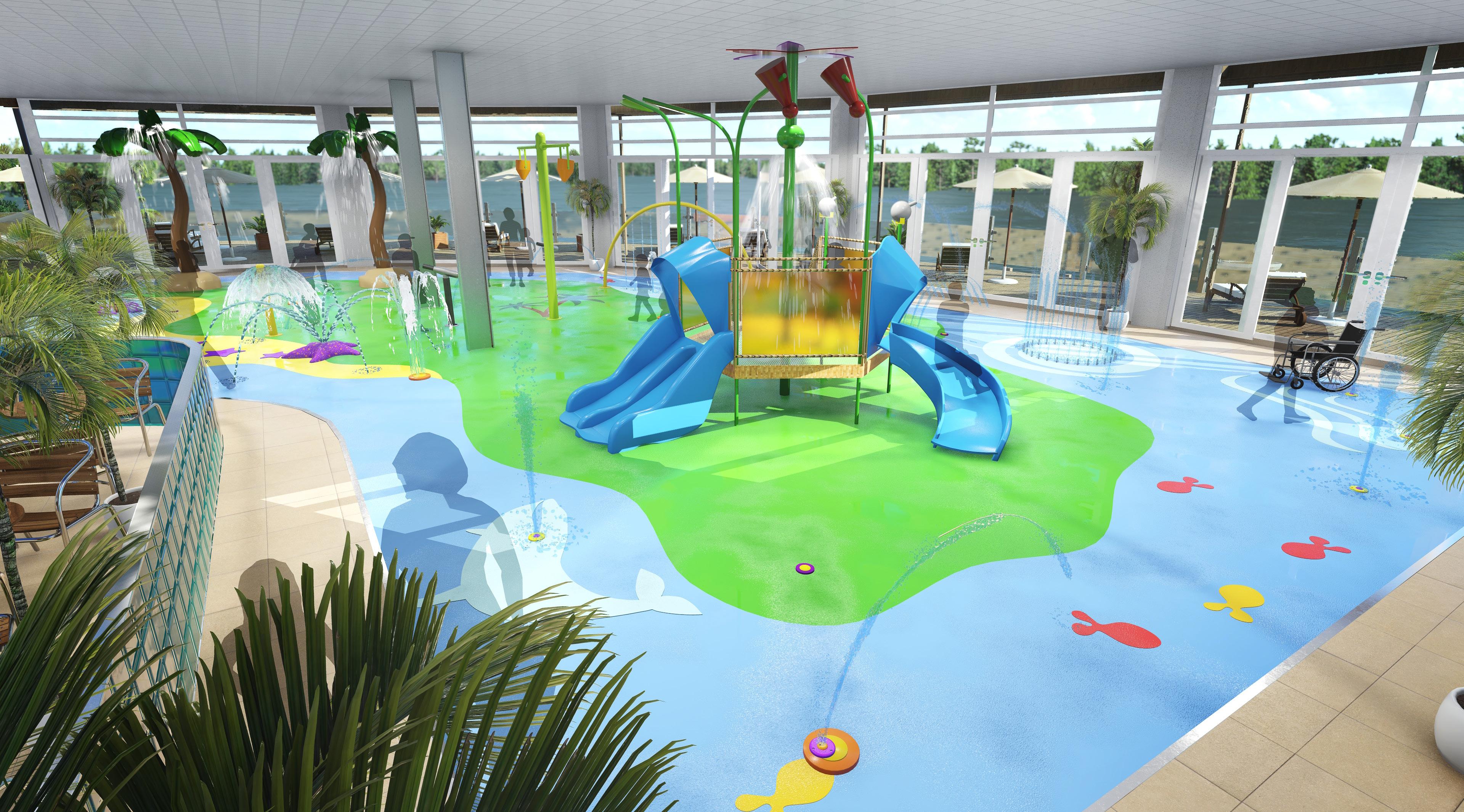 Barney was in his element, while Louie loved being able to take part, even though he was only just big enough to hold the gun. He had no idea what was going on but managed to fire nearly all his 5,000 bullets and declare himself the winner.

After a quick hot chocolate to warm up in the bar, Barney moved on to water Zorbing, then there was the family game of crazy golf.

The two restaurant and bar areas — Spitfire and Propeller — started to fill up as the latest Premier League game was shown on Sky, so we nipped back to the caravan again for some lunch.Later that afternoon, we returned to the forest to take part in a mass Nerf gun shootout, which again left the boys delighted — shooting Daddy in the face is always so much fun.

But the biggest treat was waiting back at our caravan — the hot tub.

Before dinner we got into our costumes and allowed the boys a few minutes in the tub, while we enjoyed the scenery and looked out over the lake as waterskiers sped past. Oh yes, waterskiing is also available, as is jetskiing, cable wakeboarding, kayaking paddleboarding and pedaloes on site.

And then the rain came — but this time instead of being an annoyance, it only seemed to make the hot tub more fun for the boys.

The rain did put a dampener on the outside cinema screening of Moana, but the friendly resort staff simply brought the beanbags and blankets inside so the kids could watch it lying on the dance floor of the bar, while mums and dads enjoyed a drink or two.

As camping experiences go, this offered plenty to do, come rain or shine — always essential in the UK.

STAYING THERE: Seven nights in an eight-berth Indulgent Lakeside Lodge with hot tub is from £550 in total, based on eight sharing and arriving April 3.