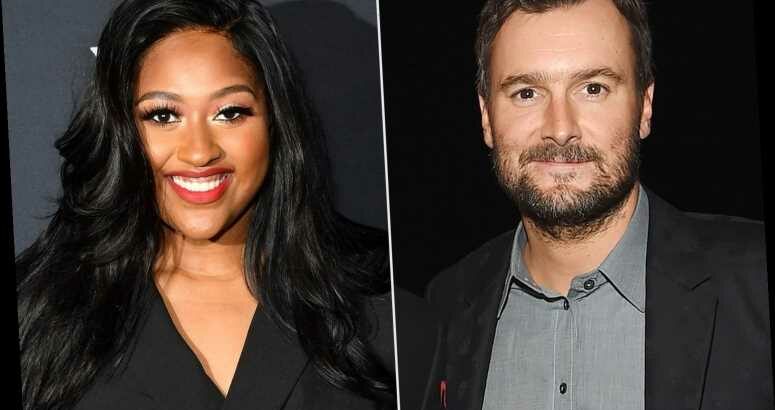 Eric Church had vowed to never perform the national anthem … but then came the Super Bowl.

Chatting with Kelleigh Bannen on Apple Music Country's Today's Country Radio, the singer revealed the reason why he agreed to perform "The Star-Spangled Banner" with Jazmine Sullivan next month. (PEOPLE can exclusively premiere the interview.)

"I've not met her yet. She may be the best singer. I was floored," the 43-year-old says emphatically. "I'm a fan. I've went in and listened to everything she did. And I had heard her name, but full disclosure, I had not listened."

Church credits Adam Blackstone, a producer, for putting him and Sullivan, 33, together for the performance. "I've said this forever: 'I will never ever sing the national anthem…' it's so hard. Except the Super Bowl," he said. "I'm not Chris Stapleton. I fully assumed they were never going to ask me."

But then … he heard Sullivan's voice and he was sold.

Church also opened up about his upcoming triple album titled Heart and Soul, which is his "favorite project we've ever done." "It was spiritual to me," he says about the new album. "We secluded ourselves… It's the biggest project we've ever done."

"It's always interesting when you have a group of songs that you've written and you say these are my 10 best or 20 best, and everybody listens to them and they decide. I feel like that by the time you get to the studio, those songs have been listened to and thought about and played," Church adds. "I wanted to write a song the same day we recorded that song and let creativity lead and if it sucked, it sucked. Let it just be what it was going to be. And there's nothing like the birth of a song."

The country star says that recording this album was "the most freeing" and "soul-lifting."

Tune in to Today's Country Radio with Kelleigh Bannen to listen to the full conversation on Friday at 9 a.m. ET.