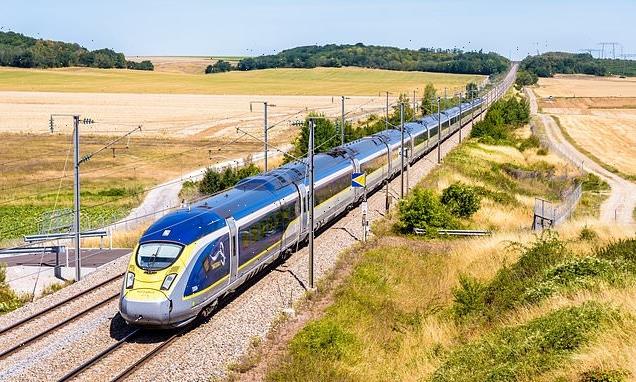 Eurostar passengers in London may soon be able to travel directly to Germany, thanks to the train company merging with French-Belgian high-speed operator Thalys.

The merger, recently approved by the European Commission, has resulted in one giant rail company that will serve five countries – the UK, Belgium, France, the Netherlands and Germany.

Eurostar’s network currently runs through France to cities including Paris, Lille and Marseille, through Belgium to Brussels, and across the Netherlands to Amsterdam. 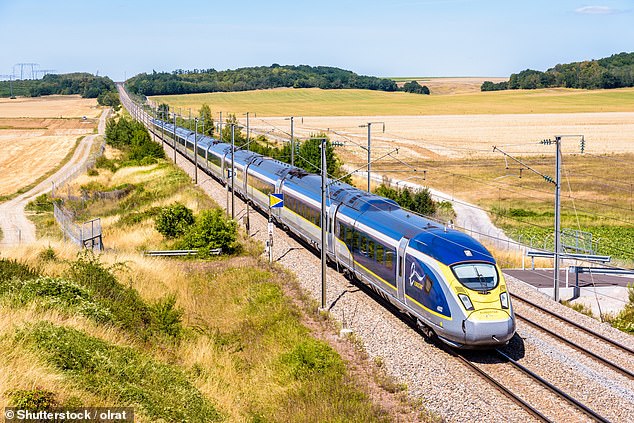 Eurostar passengers in London may soon be able to travel directly to Germany, thanks to the train company merging with French-Belgian high-speed operator Thalys

The network of the new company – Eurostar Group, which is majority-owned by French operator SNCF – includes the German cities of Cologne, Dusseldorf and Dortmund.

The first benefit that Eurostar passengers will see is a more seamless journey between countries and cities on the Thalys and Eurostar networks, with ‘improved schedules for quick connections, supported by innovative digital tools at every stage of the journey’.

There will also be a ‘joint loyalty programme across the unified network’, meaning passengers can ‘benefit from more upgrades, discounts and complimentary journeys with early access to partner offers as well as lounges and other personalised benefits’. 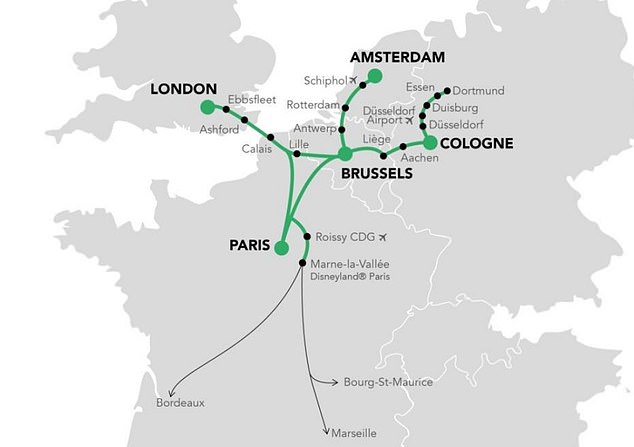 This map shows the expanded Eurostar network after the merger 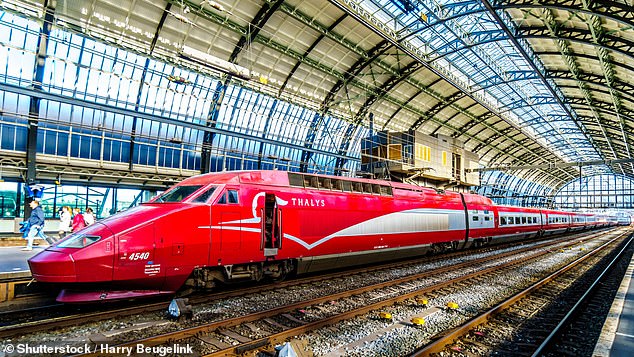 Whether Eurostar rolling stock will one day arrive in German cities remains to be seen. In theory it’s possible, but seamless return Eurostar journeys wouldn’t be possible unless border-control processing centres were installed at their high-speed network railway stations.

Until that happens, Eurostar passengers heading back to the UK from Germany on either Eurostar or Thalys rolling stock would need to disembark in Brussels to go through passport control and then reboard the train or board a connecting service.

As well as easier journeys around Europe, it’s hoped the merger will have an environmental benefit, too, ‘accelerating the switch from air and road travel to high-speed rail travel, increasing the capacity of passengers per year on the combined Eurostar and Thalys networks from 18.5million passengers annually to nearly 30million by 2030’.

This would significantly reduce the amount of CO2 generated by continental travel – a person’s carbon footprint from one flight can be the same as making 13 Eurostar journeys. 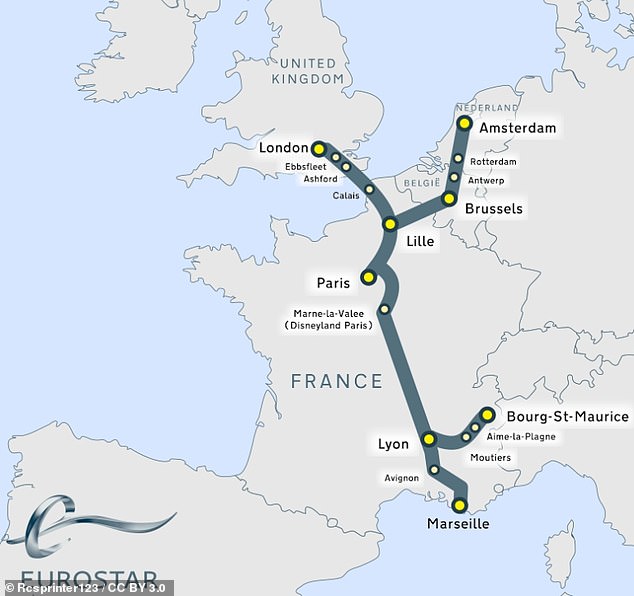 Guillaume Pepy, Chairman of SNCF, said: ‘The challenge of climate change and the demand for eco-responsible travel calls for an ambitious response. Bringing together the strengths of Eurostar and Thalys [is] a powerful response to this challenge. High speed is an opportunity for Europe, Europe an opportunity for high speed.’

Sophie Dutordoir, Chairman of Thalys, said: ‘Now more than ever, the train is the safest, most sustainable, fastest and most efficient solution for travelling inside Europe.’

The merger – a project entitled Green Speed – had been initiated in 2019, but was postponed as a result of the Covid pandemic.