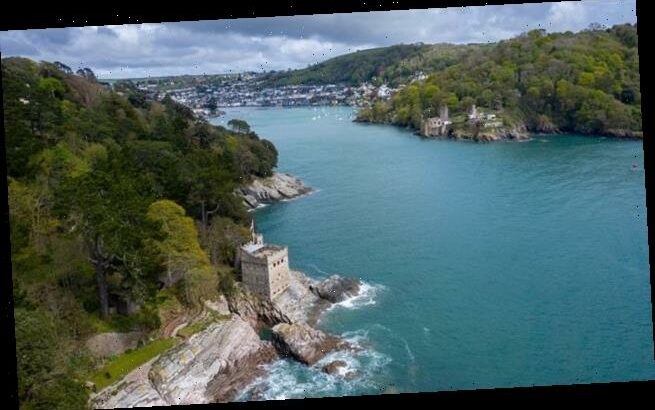 The points where our rivers meet the sea can be stunningly beautiful, so why not try some… estuary English

I love the sea. I love rivers. The point at which the two come together, an estuary, leaves me inexplicably excited. Between the ebbs and flows of the tides, estuaries hold secrets – some a bit murky, but all the more fascinating for it – and some of Britain’s most potent history.

The Wash, the huge bucket-shaped stretch of water that lies between Lincolnshire and Norfolk, is Britain’s biggest estuary and has a fearsome power. Tides can come in at frightening speeds and its beaches can be hauntingly bleak, but it’s also wonderfully rich in terms of nature, with its salt marshes providing a winter home to waders and a breeding ground for grey seals.

Legend has it that in 1216, Bad King John and his army were trying to cross the Wash when their wagons, including one with a priceless treasure casket, sank into the mudflats. It has never been found. 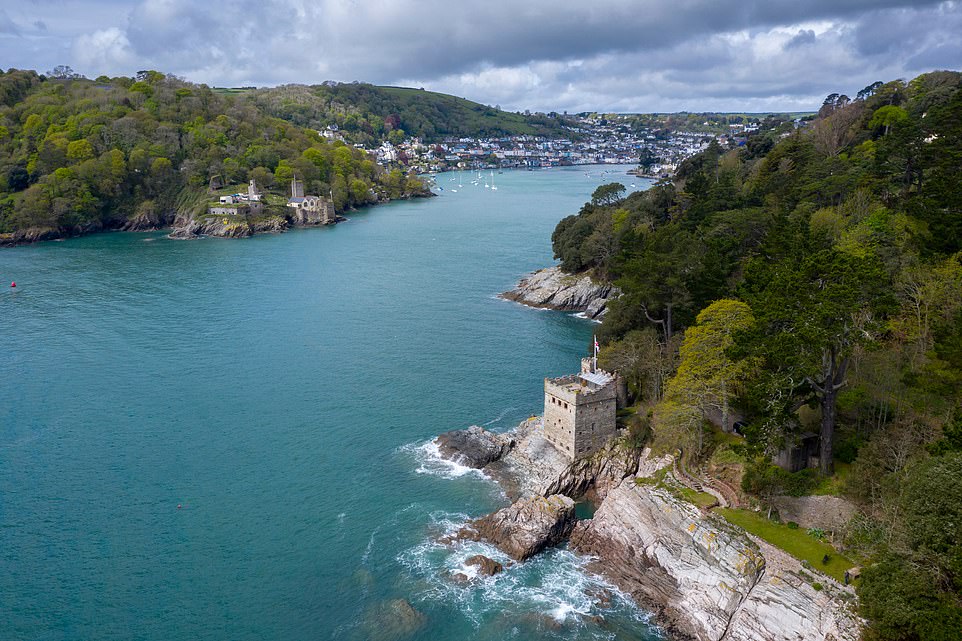 Defence of the realm: Kingswear Castle, above, on the Dart estuary looked out for enemy ships in the 1500s

But all estuaries aren’t equal. Head to the West Country and its estuaries are some of Britain’s most verdant and gently beautiful.

The Camel between Padstow and Rock in Cornwall brings together coast paths and relaxed sailing charm but, above all, glorious beaches such as Tregirls on the western side.

Smugglers loved estuaries as much as I do, although the attraction for them was more nefarious – using them to head inland in the dead of night with barrels of rum, brandy, tea and tobacco. The most famous is Frenchman’s Creek. Part of Cornwall’s Helford River, the creek still has the same magic that Daphne du Maurier evoked in her novel that carries its name. 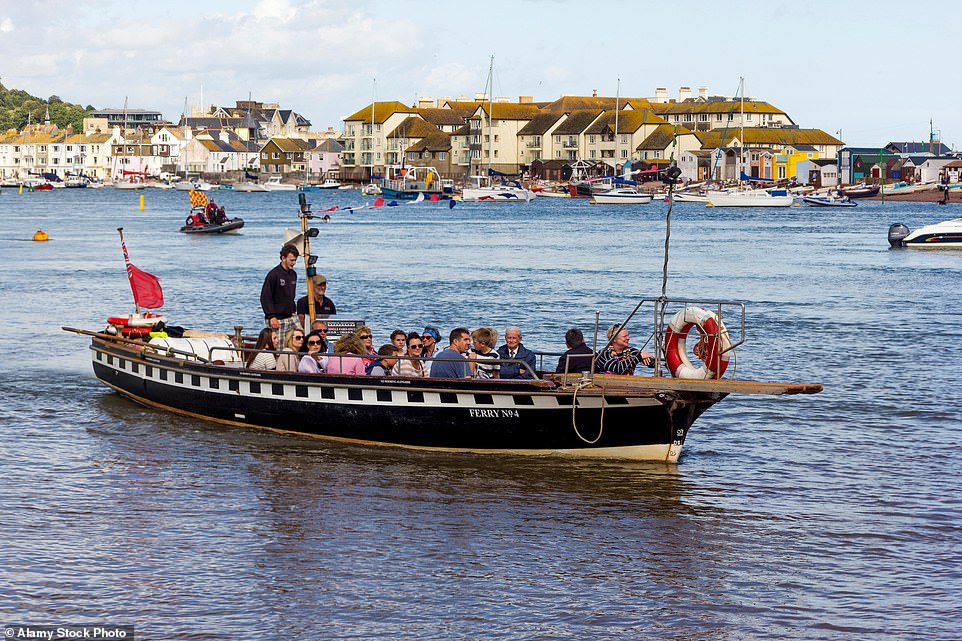 The Landmark Trust has a cottage here, sleeping four, that can be reached only by foot or boat. Four-night breaks cost from £304 (landmarktrust.org.uk).

Crime writers have found a rich source of inspiration in these magical corners of not-quite coastline. Agatha Christie’s former home, Greenway, lies inland from Dartmouth on its own little peninsula on the River Dart. Now part of the National Trust, there’s a cottage in the grounds that sleeps up to eight. Three-night breaks from £806 (nationaltrust.org.uk/holidays/greenway-apartment-devon).

Also in Devon, the Exe estuary extends from Exeter to the open sea at Dawlish Warren. A stunning walk of about six miles, there’s foreshore, low-lying land, salt marshes, mudflats and a rare and unusual double spit across the mouth of the estuary at low tide.

On the Exe, Lympstone Manor wins the poshest estuary experience award since, at the moment, the estate is harvesting its first vintage from its vineyards. B&B from £416 a night (lympstonemanor.co.uk).

For sheer romance, a stay at nearby Kingswear Castle probably wins out. Owned by the Landmark Trust, this two-bedroom bit of crenulation, built in 1502 to prevent incursions by enemy ships, looks out over the Dart estuary while steps take you to the rocks and sea below. Three nights costs from £1,355.

These days, smugglers’ boats have been replaced by tiny, often highly idiosyncratic ferries, taking locals and visitors from one side of an estuary to the other. They’re a boon to walkers on coastal paths, but also a reminder of the past.

The one between Teignmouth and Shaldon on the River Teign in Devon dates from the 13th Century and claims to be the oldest in the UK (teignmouthshaldonferry.co.uk). In Suffolk, the ferry between Walberswick and Southwold (walberswickferry.com) across the River Blyth has been operated by the Church family for five generations – and is still a rowing boat.

In East Anglia, estuaries feel moodier and marshier but are just as magnificent. Many incorporate nature reserves, including the RSPB Stour estuary in Essex and Trimley Marshes in Suffolk, where there are wintering wigeons and waders. In Norfolk, booking into the Blakeney Hotel on the quayside gives you a panoramic view from the harbour all the way to marshland and the beaches. B&B costs from £131 a night (blakeney-hotel.co.uk).

A Dickensian experience but with added design nous is available at Elmley Reserve on Kent’s Isle of Sheppey, where the Thames widens out into the Channel. An hour from London, it’s both an off-grid family farm and a nature reserve, surrounded by salt marshes that are home to lapwings, barn owls, hares and harriers. Here you can retreat to beautifully restored Elmley Cottage or Kingshill Farmhouse. B&B is from £180 a night (elmleynaturereserve.co.uk).

Where the ferryman used to watch over the Elmley crossing now sits The Ferryman’s hut. Take binoculars to spot hares, owls and bats flitting as dusk settles. It costs from £115 a night, and sleeps two adults with space for two children. 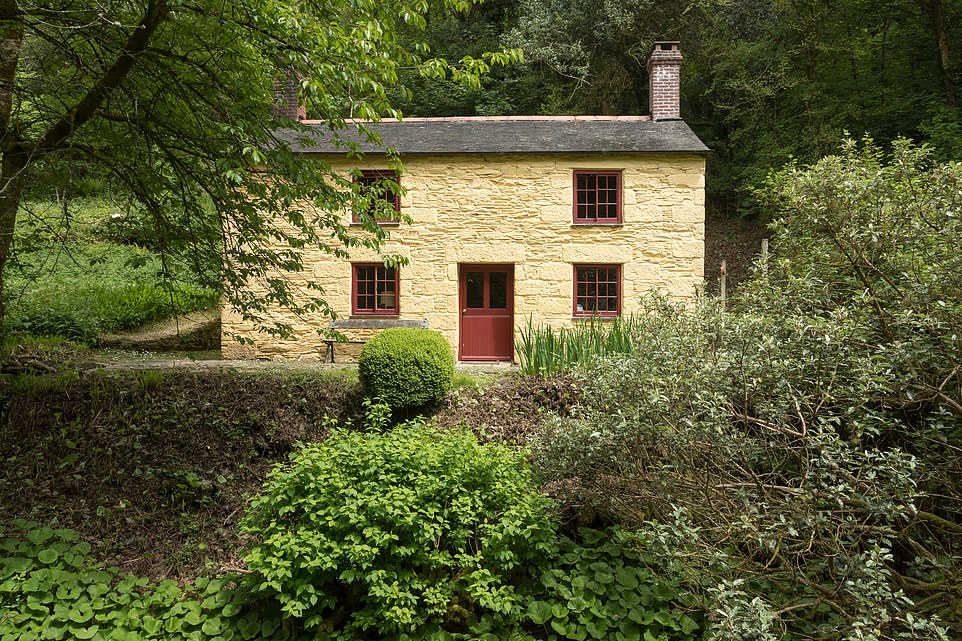 With lochs stretching down to the sea, Scotland is spoiled for choice, and on the west coast, near Mallaig, the Silver Sands of Morar are a stunning string of white beaches on the banks of the River Moidart as it enters the Sounds of Arisaig. Used for filming Local Hero, the white sands belong to the Caribbean even if the temperatures may not. The three-star Morar has five-star views. Room-only doubles start from £72 a night (morarhotel.co.uk).

In Wales, the Bala estuary wins out for sheer beauty and expanse.

Starting in Snowdonia as the River Dee, it undulates through Wales and England before it widens into the Towy estuary with golden-sand beaches. The Mansion House Llansteffan has superb views. B&B is from £178 a night (mansionhousellansteffan.co.uk). From the beach, the river winds around a corner on one side and below a ruined castle high on a hill on the other – the perfect estuary experience.