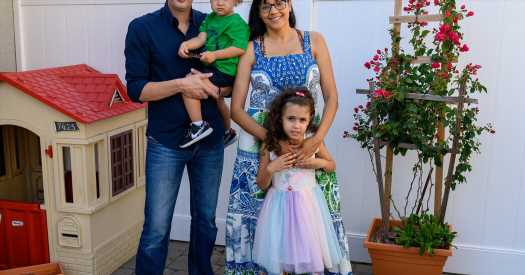 Nearly every summer, Ada Ayala, a teacher, and her husband, Oscar Cesar Pleguezeulos, travel with their children to visit Mr. Cesar Pleguezeulos’s parents in Spain. But this year, even though they will both soon be fully vaccinated in their home state of Florida, they are changing their plans. The reason? There is still no pediatric Covid-19 vaccine available for their kids.

The travel industry, buoyed by news of vaccine rollouts, is anticipating a summer rush after a year of devastation. But amid the chatter of travel’s long-awaited rebound, many families with children — who comprise roughly 30 percent of the global travel market — say they are largely being left out of the conversation.

In a March survey on Bébé Voyage, an online community for traveling families, 90 percent of respondents said that amid unclear guidelines on Covid-19 testing, they were searching for flexible bookings. The topic also comes up often on Bébé Voyage’s Facebook page, particularly among parents in the United States. “It’s the Americans in the group that are the most nervous traveling with kids,” said the Bébé Voyage chief executive, Marianne Perez de Fransius.

Ms. Ayala, 44, is among those nervous parents. “If it wasn’t for the kids, we would definitely be flying this summer,” she said. Ms. Ayala already received her shot as a teacher. Her husband, also 44, will soon receive his shots, too, because Florida recently opened vaccinations to those age 40 and up. But their children, Charlise, 6, and Oscar, 2, will have to wait many more months to be inoculated.

“My 2-year-old isn’t going to wear a mask for 10 hours on a flight, and I don’t know if I want to expose him for a 16-hour trip with layovers,” Ms. Ayala said. “I’ll feel more confident when vaccination reaches more people worldwide, or at least in the destinations we want to go.”

Nearly one in three adults in the United States have now received at least one dose of the Covid-19 vaccine. But a full pediatric Covid-19 vaccine currently isn’t expected until the end of 2021 at the earliest, and while they wait, parents are struggling to figure out how they, too, can travel safely this summer, and even where their children are welcome as rules on quarantine and testing continue to shift.

“This is the elephant in the room right now,” said Cate Caruso, an adviser for Virtuoso, a network of luxury travel agencies, who also owns her own travel planning company, True Places Travel. The potential that a child could become infected with Covid-19 while abroad and not be allowed on a return flight, she said, is a major deterrent for parents. “Anywhere you go outside of the U.S. right now, you’ve got to think about how you’re going to get back in,” she said. “It’s leaving behind a whole bunch of people who are ready to go.”

In Ms. Ayala’s case, a compromise has been struck: If and when Spain — which is currently closed to American travelers — opens its borders, Mr. Cesar will travel to Spain with their daughter, Charlise, while Ms. Ayala will remain in Florida with Oscar. “She goes to school and is very good with wearing her mask, cleaning her hands and keeping distance,” Ms. Ayala said of her daughter. “So I think she can be safe. But it’s just not possible with a baby.”

But she doesn’t plan to stay home all summer. Whether or not her husband and daughter make it to Spain, Ms. Ayala is planning a family road trip at some point this summer, likely within Florida.

After a year of road trips, R.V.s and rental cottages, many Americans are now ready to fly again: Online searches for late-summer flights are up as much as 75 percent, and hotels on both coasts are reporting that they are sold out through October. But families, more than any other travel sector, continue to play it safe. 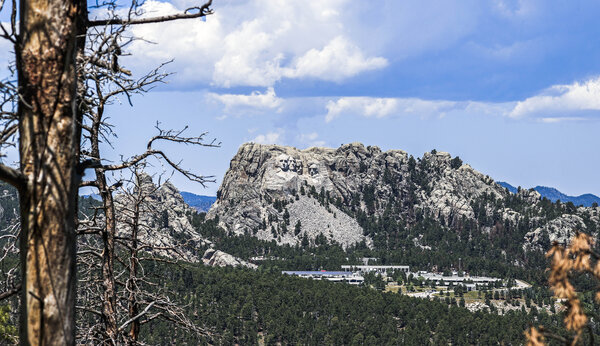 Rovia, a membership-based global travel agency that works with both travelers and travel agents, reports that beach and camping destinations within driving distance are the most popular choices for families this summer. An exception? Disney World, which is seeing an uptick in reservations for summer from families looking to visit while capacity remains limited (and lines, as a result, remain shorter).

“The rate of couples traveling by air has increased faster, whereas families are still leaning toward travel by car and R.V. rentals,” said Jeff Gwynn, Rovia’s director of communications.

Montoya and Phil Hudson, who showcase their travels as a Black family on their popular blog, The Spring Break Family, are among them. “Most years we go pretty far — Spain, Italy, France, as far as we can go. This year it was about what’s reachable by car,” Ms. Hudson said. She and Mr. Hudson, who both work in the health care industry, are vaccinated, but admit they probably won’t be willing to fly with their two daughters, Leilah, 11, and Layla, 8, for several more months.

That’s because they want to wait for herd immunity to help keep their daughters safe. “The goal is to wait until the majority of the population is vaccinated, or has at least had the opportunity to become vaccinated,” Ms. Hudson said.

In addition to preferring driving over flying this summer, travel analysts say families with children will also continue to opt for rental homes over hotel rooms.

In fact, when it comes to the vacation cottage market, parents are booking faster than anyone else. “Families are the number one group expected to travel in 2021,” said Vered Schwarz, the president and chief operating officer of Guesty, a short-term property management platform which reports that its summer reservations are already 110 percent higher than 2020, with families comprising more than 30 percent of those booking. “For families with unvaccinated children, private rentals are appealing — they are comfortable and they avoid hotels chock-full of crowded common areas,” she said.

The question of how to treat unvaccinated children who may be traveling with their parents is also presenting a legal and ethical minefield for American travel operators.

The European Union is considering a vaccine passport that will allow free travel within the bloc for those who can show proof of inoculation. In Israel, a green pass has been established for those who have been vaccinated, granting holders not just the ability to cross a border but also check into a hotel or eat inside a restaurant, but children are not exempt — so parents with unvaccinated children must dine outside at restaurants and find babysitters before heading to the gym or a show.

But in the United States, such policies are unlikely to take hold, said Chuck Abbott, the general manager of the InterContinental San Diego. “Most hotels would not ask for that information, because it violates the privacy of the guest,” he said. “Even putting vaccinated guests on a different floor than other guests would likely present a legal issue.”

Compared with summer 2019, families’ plans for summer 2021 are more low-key: Travelocity reports that bookings to Mount Rushmore and Nashville are significantly up over two years ago; internationally, family bookings to London, Paris and Rome, destinations that were top family sites in 2019, but have still not reopened to U.S. travel, are way down, while Cancún, which is currently open to American travelers without quarantine requirements, is up nearly 50 percent.

Some European countries, like Iceland, have begun inching open their borders, but only to passengers who are vaccinated. That means individuals who can present proof of the Covid-19 jab can bypass quarantine when they arrive — unless they are parents traveling with children.

“Unvaccinated children would still need to quarantine for five days, and the parents, of course, must stay with the child,” said Eric Newman, who owns the travel blog Iceland With Kids. “Iceland’s brand-new travel regulations are not friendly to families hoping to visit with children.”

After a year of virtual schooling and working from home, parents have no desire to quarantine with their kids, said Anthony Berklich, the founder of the travel platform Inspired Citizen. “What these destinations are basically saying is you can come but your children can’t,” he said.

Instead, families are opting for warm-weather destinations closer to home.

When the Centers for Disease Control and Prevention announced in January that proof of a negative PCR test would be required of all air passengers arriving in the United States, many tropical resorts — including more than a dozen Hyatt properties — began offering not just free on-site testing, but a deeply discounted room in which to quarantine in case that test comes back positive. That move, said Rebecca Alesia, a travel consultant with SmartFlyer, has been a boon for family travel business.

“What happens if the morning you’re supposed to come home, you get up and Junior has a surprise positive test?” she said. “A lot of my clients have booked this summer because of this policy.”

For parents struggling to decide how and when to return to travel, there is good news on the horizon, said Dr. Shruti Gohil, the medical director of infection prevention at the University of California, Irvine.

“The chances of a good pediatric vaccine coming soon are high,” she said, noting that both Pfizer and Moderna are already running pediatric trials on their vaccines. “There is no reason to think that the vaccine will have any untoward effects on children that we haven’t already noted in adults.”

In the meantime, she said, parents with children need to continue to be cautious. That doesn’t mean families shouldn’t travel at all, but she recommends choosing to drive rather than fly; to not allow unvaccinated children to play unmasked with children from other households; and to remain vigilant about wearing masks and regularly washing hands while on the road.

“We can’t keep saying that you can’t go anywhere,” she said. “At some point we have to have some kind of nuance around this. But this is a game we are all still playing until the virus is gone.”