Ancient landmarks rebuilt! Amazing before and after pictures reveal how famous sites USED to look in all their glory, from the Roman Baths to the Parthenon

Ancient ruins can take visitors back in time and provide historians with a wealth of clues about past great civilisations – but exposure to the elements means many of these sites look vastly different to when they were first built.

However, thanks to CGI wizardry from myvouchercodes.co.uk some of the world’s most famous ancient sites have been cleverly rebuilt.

Fascinating before and after images show how buildings such as the Parthenon in Greece, England’s Roman Baths in the city of Bath and Angkor Wat in Camodia used to look compared to their current state. And the contrasts are remarkable… 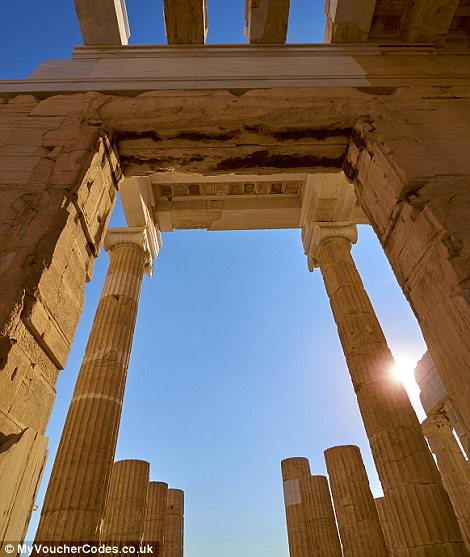 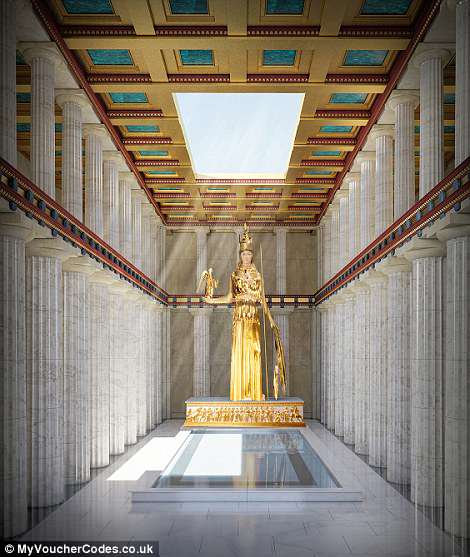 How the Parthenon in Greece looks now, left, compared to what experts believe it looked like when it was first built in the fifth century BC, right

Sitting on top of the hill at the Acropolis, the Parthenon was built in the mid fifth century BC to house a monumental golden statue of Athena.

Everybody knows what the outside looks like but inside, historians believe it had a 12-metre-high statue made of carved ivory and 1,140 kilograms of gold.

They also say that a basin of water sat in front of Athena to provide humidity, which preserved the ivory.

And they add that this obvious display of wealth and power sent a very clear message to the rest of the world. 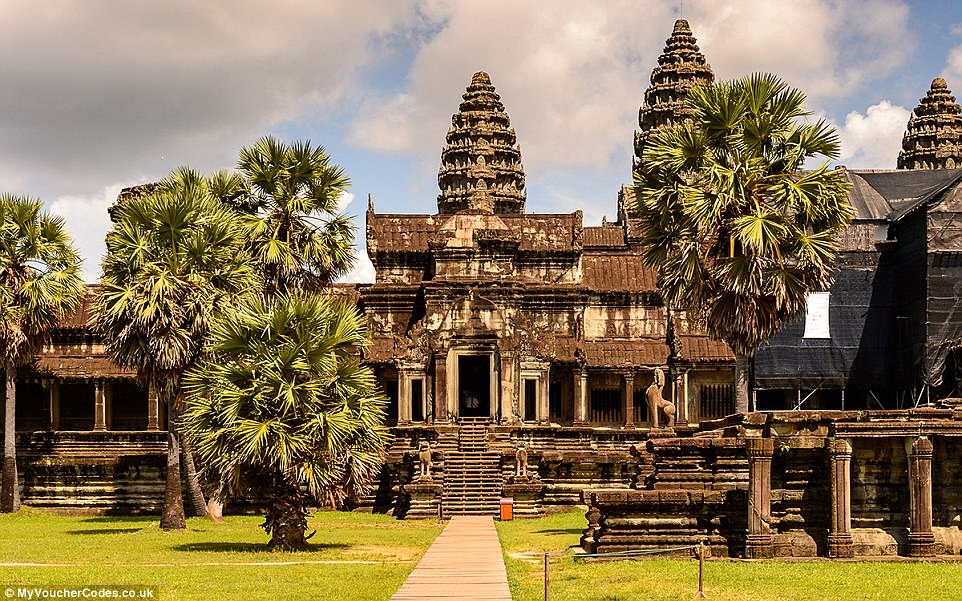 The Angkor Wat temple in Cambodia, which took around 30 years to construct and was originally a Hindu temple before it was consecrated into Buddhism 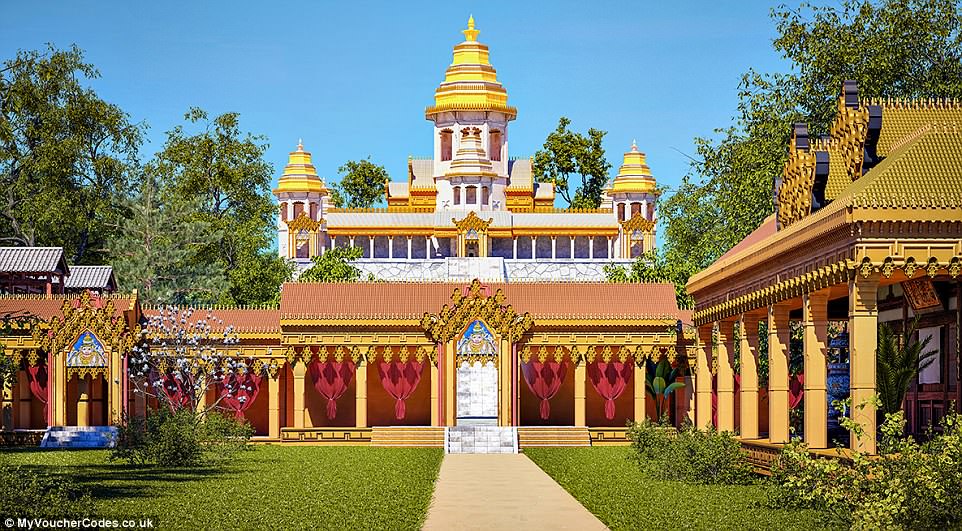 Historians believe that in its heyday, Angkor Wat was a brightly coloured building surrounded by perfectly manicured gardens