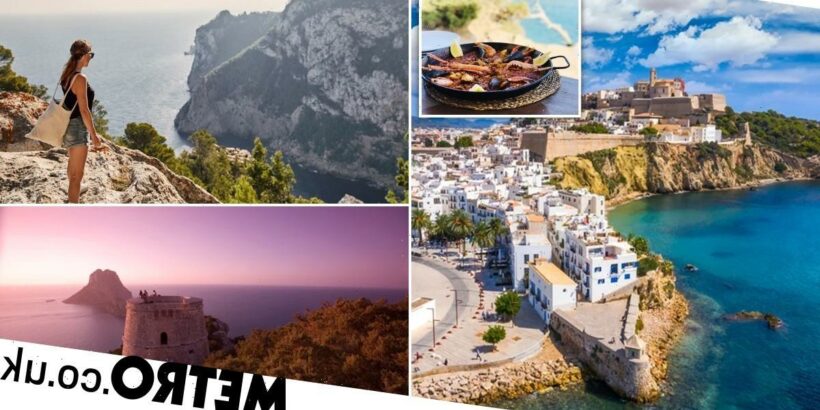 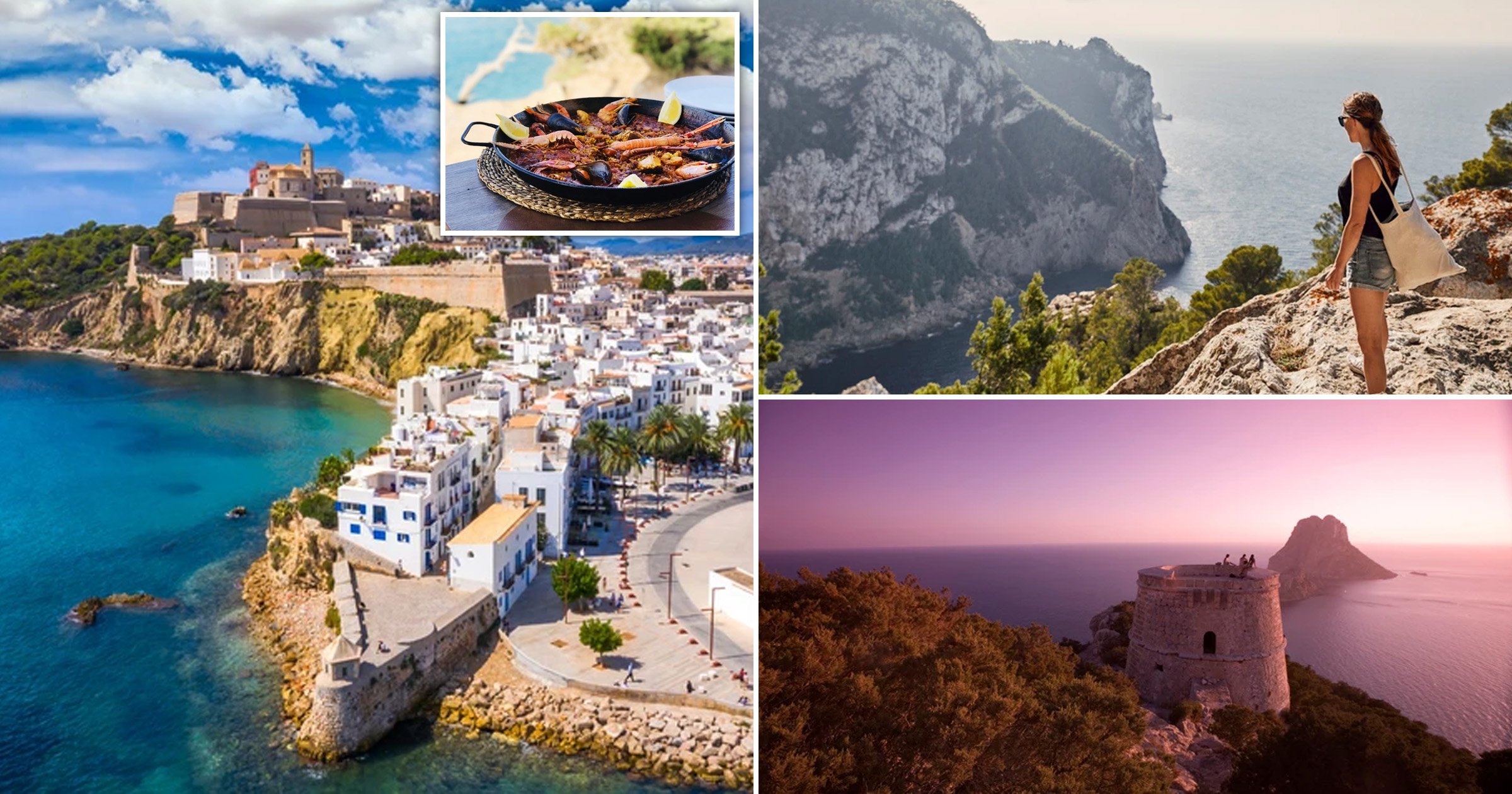 When someone says they are off to Ibiza, it’s natural to assume they are in for a hedonistic week of clubbing, shots and raucous fun.

And rightly so: with its legendary nightlife, you can see why this Mediterranean island draws in party-goers from all around the world every summer.

But what about the rest of the island? Is it worth going to if you’re not into strobe lights and David Guetta?

With dazzling beaches, undulating countryside, family-friendly activities for days and an enviable food scene, Ibiza has much more substance than just the kind that comes in shot glasses.

There are so many brilliant beaches in Ibiza, it’s hard to know which one to go to.

From hidden coves with crystal-clear water to the rugged beauty of the northern tip of the island, Ibiza has a myriad of seaside options. So much so, you could go for two weeks and spend every day on a different beach.

But the trick is to find one that suits your needs, because here’s another thing about Ibiza: each slice of coastline is totally unique and equally alluring.

Our pick: For a classic beach day experience that will provide sleepy turquoise waters and dusty white sands (and crucially away from the crowds) it’s got to be Cala d’en Serr, in the north east of the island.

Occupied mainly by locals and those lucky few in on the secret, this little pocket of paradise is what beach dreams are made of.

Spain is famous for its scrumptious food offerings, and Ibiza is no different.

In fact, the popular club scene has also done wonders for the island’s restaurant options, with some of the best chefs following the crowd to the party and creating a plethora of world-class options.

And of course, in true Spanish style, with hearty tapas and fresh ensaladas around every corner and tasty paella on every beach, you really can’t go wrong.

Add to this the local Ibizan dishes, and you’re in food nirvana. For those who like to eat like the locals, there is nothing better than a fresh, simply-grilled and expertly salted juicy sea bream. Sal de Ibiza (salt exclusively from the island) is particularly tasty, making even the simplest dishes ooze flavour. Be sure to try sofrit pagès, a mouth-watering mix of meats, sausages, potatoes and garlic that combine to make Ibiza’s staple stew.

So from beach shack snacks to opulent fine dining, whatever your foodie style, Ibiza is sure to have the perfect answer.

Our pick: For authentic Spanish dishes with tasty modern twists, it’s got to be Villa Mercedes: a surprisingly zen restaurant overlooking San Antonio marina. All dishes are made from local produce and the ethos is that all good food should be enjoyed. Hear, hear. We’ll eat to that.

Although just outside every Ibiza clubbing hotspot peacefully sits dreamy vineyards and chilled-out countryside, the north of the island is the place to go for in-land exploration.

With its wild and dramatic cliff edges and pine-carpeted rolling hills, you could go for an incredible all day hike in what Ibizans call ‘the campo’ (the countryside), rounding it all off with a magical sundowner as you watch the colours of the day crescendo and melt into night.

Or if you’re not a fan of using your legs more than you have to, how about exploring on two wheels? Es Broll is a particularly popular valley area for mountain bikers with its rugged pathways and leafy, freshwater springs. It’s beautiful, remote, and there’s not a clubber in sight.

Our pick: For the most quintessentially Ibizan scenery it’s got to be the Punta d’es Moscarter trek, a three to four hour hike that takes in stunning chalky cliff-edge views on your way from Portinatx to the lighthouse.

Ibiza is home to no more than 15 towns and villages. But quite the contrary to what you’d think, many of them remain unchanged to how they looked a century ago. Sant Agustí des Vedrà encapsulates this narrative, with its beautifully preserved white-painted stone houses, and historical village centre.

For the foodies, make sure you pop into Santa Gertrudis for an afternoon-turned-evening for its huge array of local eateries and charming atmosphere. As you can see, inland is just as enticing as Ibiza’s coastline for those who seek the paths less trodden.

Our pick: Dalt Vila is a place that should not be missed. Dating back to the Renaissance, the cobbled streets within and imposing walls that surround this hill-top gem can keep you fascinated for hours.

Wander around ticking off the sites like the Cathedral of Santa María de las Nieves and the Town Hall, before putting your feet up in one of its many spoiling cosy bars and restaurants.

Think of any water sport and Ibiza will provide it. From tearing around on a jet-ski to snorkeling and taking in the scenes on a paddleboard, just say the word and there will be a place to do it. In land, there’s also a lot of activities on offer. You can even enjoy a hot air-balloon ride over the island, if you like.

But by far the biggest activity in Ibiza outside of clubbing is yoga. It seems the antithesis of what we would imagine to be the second focus of this infamous party island, but Ibiza’s hippy heritage and zen vibes have pathed the way for some fabulous retreats and day classes.

This is not to be missed if you’re a yoga fan, or even if you’re just curious, why not give it a go in yoga’s spiritual Spanish home?

Our pick: Head over to the island of Es Vedrà to get a real taste of the magic of Ibiza. Often described as having ‘special energies’, this island is an incredible place to head out to for sunset if you’re at all feeling Ibiza’s hippy vibes. Even if you’re not, this island is enchanting. Oh, and did we mention you can get there on a jet-ski?

Now that’s the best of both worlds – a phrase that crops up again and again when describing the infamous “White Isle”.