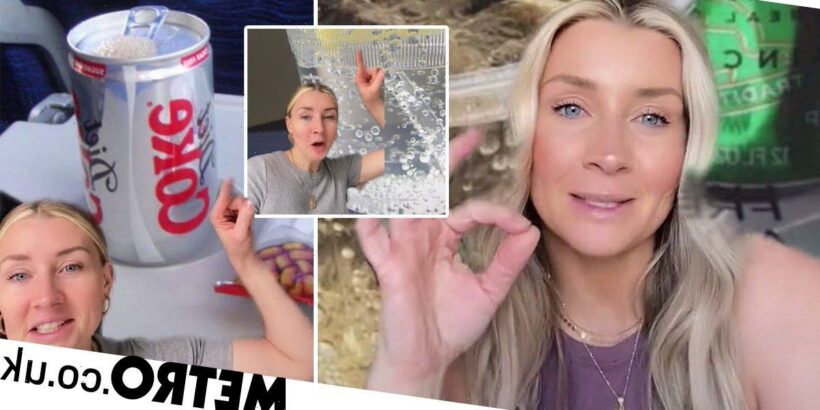 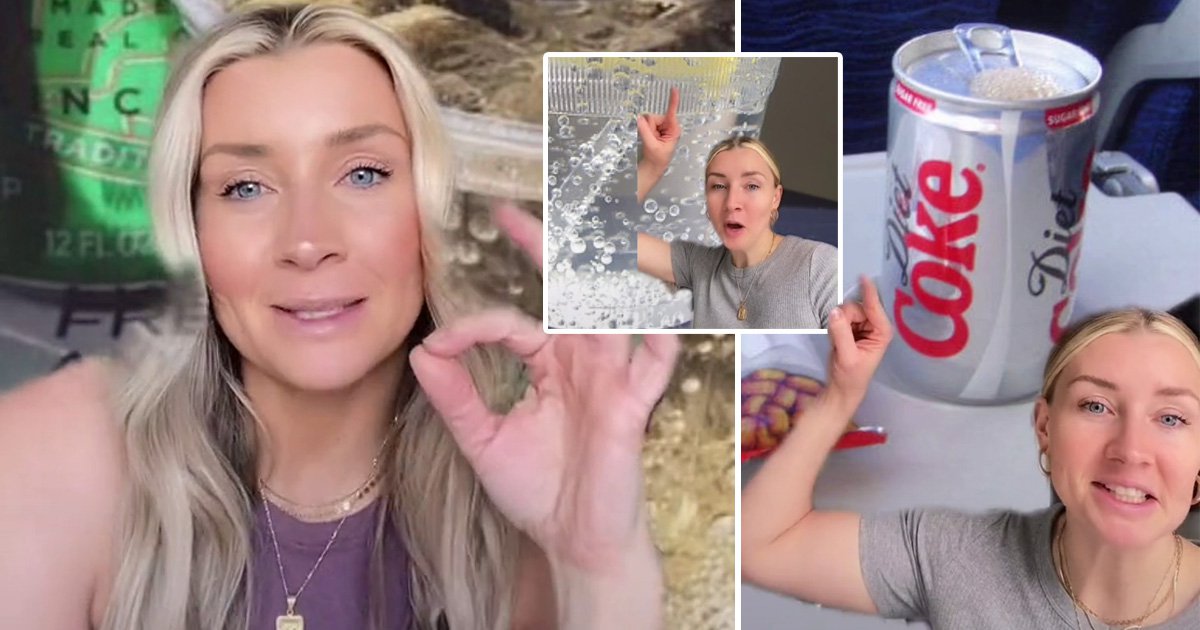 What’s your favourite thing about flying to another country?

The novelty of going through security? The obligatory Wetherspoons breakfast at the airport? The plane food?

Or it it the way it’s easier to get tipsy when you’re up in the air?

Purchasing some nibbles and a drink or two from the trolley is part of the fun of getting a flight, but your choices might reveal more about you than you think.

Flight attendant Kat Kamalani, who often makes TikTok videos about her experiences serving customers in the sky, has shared what your in-flight drinks order says about you.

What your in-flight drinks choice says about you

Customers who order a Diet Coke on their journey, says Kamalani, are probably mums who are on their way to Disneyland.

Also, she adds, ‘you’re probably an addict; you can’t go a day without your Diet Coke.

‘It’s like your alcohol but you don’t drink alcohol.’

She adds that people who order Diet Coke on flights ‘personally hate that flight attendant,’ and sends viewers to the comments to find out why.

Commenters explained that this is because, due to the bubbles in the soft drink, Diet Coke takes too long to pour.

According to Kamalani, people who drink black coffee are likely to be grumpy looking old white men (‘my favourite people’).

However, she warns people not to order coffee or other hot drinks on flights because, as she explained in a previous video, the tanks used for hot water are never cleaned and are right next to the toilet.

If you drink sparkling water, you’re definitely someone with ‘fine taste,’ according to Kamalani.

She says: ‘[If you drink] sparkling water, you’re my bougie, fine taste kind of people.

‘You order a mimosa, you are my business people sitting in first class just enjoying life, working away on your little computer.’

According to Kamalani, people who drink ginger ale do so because they’re trying not to throw up.

She says: ‘They don’t wanna hurl to the left, to the right, to the front, to the back, so they think this is gonna be their saving grace for not hurling on their neighbour.’

‘Two is people who have not eaten and think this is going to add some kind of substance and they’re going to eat this for lunch.

‘Or three is my party type of people who are ready to have a good time.’

If you drink Sprite, you’re probably a kid.

According to Kamalani, ‘If you’re getting Sprite, your mum ordered it for you and you’re probably five-years-old.’