A holiday flight from Manchester to Egypt was forced to divert to Greece after reports of a drunk passenger on board.

Passengers claimed that the man had become abusive and had threatened cabin crew – prompting the unscheduled stop.

The Thomas Cook flight had left Manchester Airport at 2.05pm yesterday en route for Hurghada Airprot in Egypt, where it was due to land later that evening at 8.30pm. 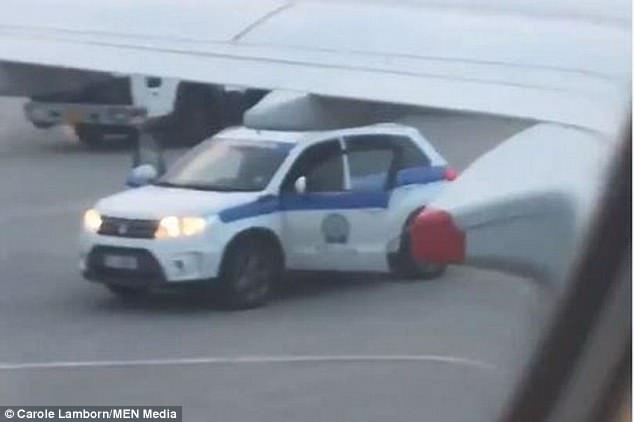 But flight MT486 was forced to land at Athens International Airport, where the allegedly disruptive passenger was met by police on the tarmac.

It meant the aircraft was delayed three hours while passengers waited for Greek police officers to arrest the man and haul him off the plane.

It is understood the captain and crew members were forced to restrain the man and his passport was seized. 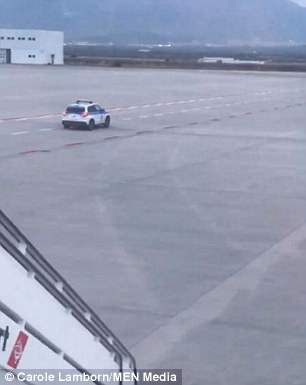 Flight MT486 was forced to land at Athens International Airport, where the allegedly disruptive passenger was met by police on the tarmac

A decision was then made to remove the man from the plane.

In a tweet, passenger Carole Lamborn said: ‘On our way to Egypt Hurghada from Manchester violent drunk restrained, emergency landing and he’s removed by the police, currently on tarmac, pilot and member of cabin crew has had to go police station to make a statement.’

It is understood the flight captain and cabin manager assisted the Hellenic Police in Greece.

A Thomas Cook Airlines spokesperson said: ‘Flight MT486 from Manchester to Hurghada diverted to Athens due to a disruptive passenger on board.

‘The safety of our customers and crew is always our first priority and we are very sorry for the delay and inconvenience caused to our customers.’ 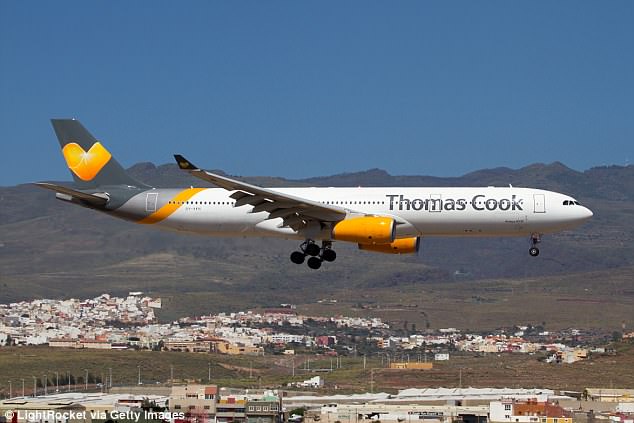