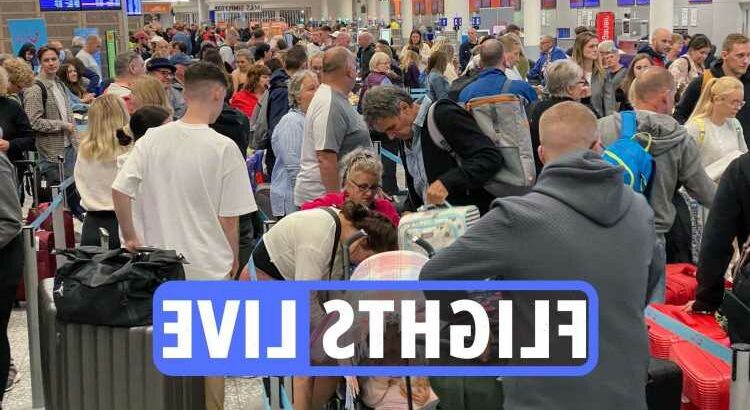 TUI customers have been left furious after days of delays and chaos this week – and flight cancellations are set to continue this weekend.

Police were forced to tell exhausted Tui passengers their flight was cancelled after eight-hour delays during the week.

EasyJet cancelled a further 42 flights from Gatwick yesterday, including departures heading to Marseille, Montpellier and Nice, while German operator TUI axed another six.

British Airways slashed more than 120 short-haul flights to and from Heathrow.

It brings the total number of flights grounded in the last week alone to over 700, with Gatwick, Heathrow and Manchester among the worst hit.

More than 30,000 Tui passengers due to fly from Manchester Airport alone over the next month will have their holiday plans crushed by the end of today.

Read our TUI cancellations live blog below for the latest updates…