Lines at airport security are long, plane food is expensive and bland and the leg room wouldn't satisfy the seven dwarves. 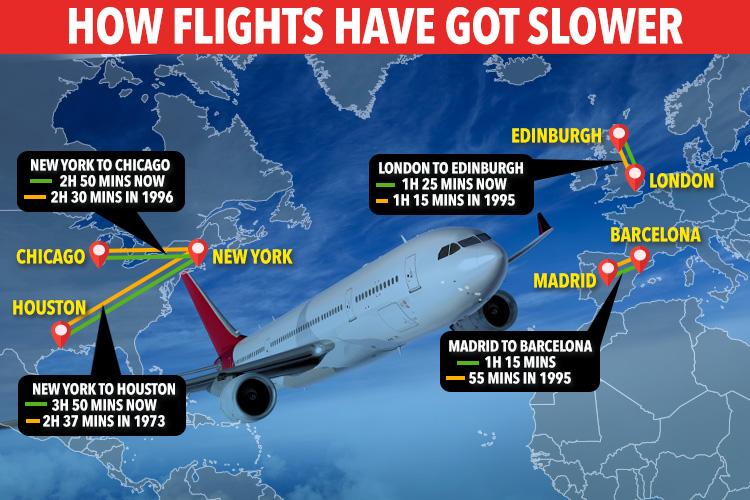 But one of the most bizarre changes is that flights have actually got slower in recent years.

For example, back in the 1970s, a flight from New York to Houston, Texas, would take two hours and 37 minutes, but these days it will take three hours and 50 minutes.

Similarly, even a short flight like London to Edinburgh has added some extra time – in 1995, the route took one hour and 15 minutes, but it now takes one hour and 25 minutes.

In continental Europe, the flight from Madrid to Barcelona that used to take 55 minutes in 1995, now takes an hour and 15 minutes. 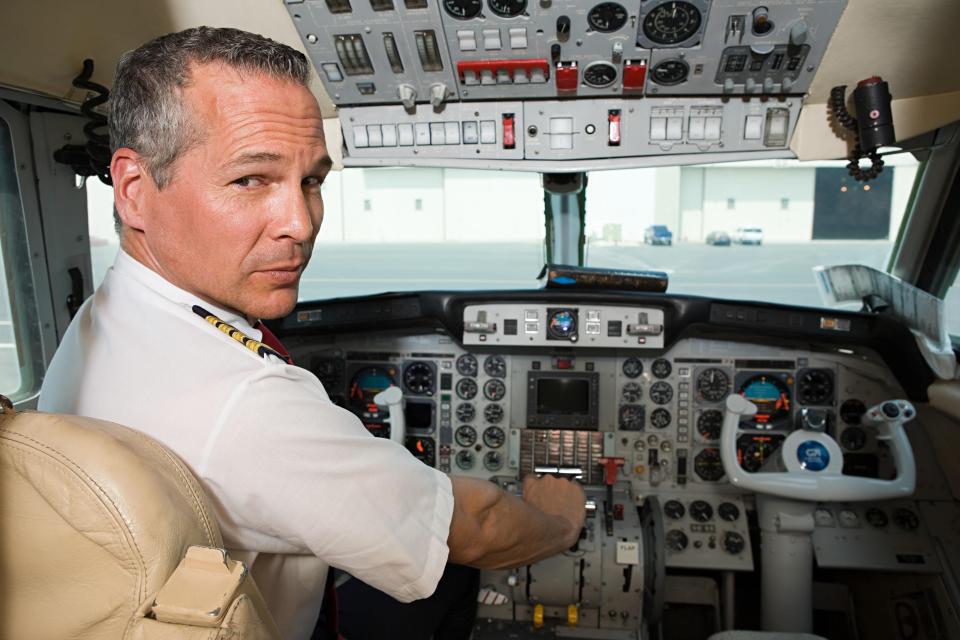 According to the MIT School Of Engineering, cruising speeds for commercial planes are between 480 and 510 knots these days, while they used to be 525 knots on Boeing 707 planes in the 1960s.

There is a simple reason for this – money.

The price of oil has skyrocketed in that time and airlines are trying to be fuel efficient.

According to Business Insider, airlines can save millions of pounds every year by pilots flying a bit slower.

AP have revealed that Jet Blue saved £10 million in 2008 alone, just by flying two minutes slower on each flight.

Fuel efficiency is also the reason that certain airlines are able to have cheaper flights than others.

For example, Norwegian has invested in fuel efficient planes, which allow it to go further with cheaper fuel costs – so they can charge just £150 one-way for flights from London to New York and LA.