England fans venturing out to watch the match are being told to exercise caution around the Rincón Loix area – a modern zone of the town next to the beach and close to the Levante nightclubs and bars. 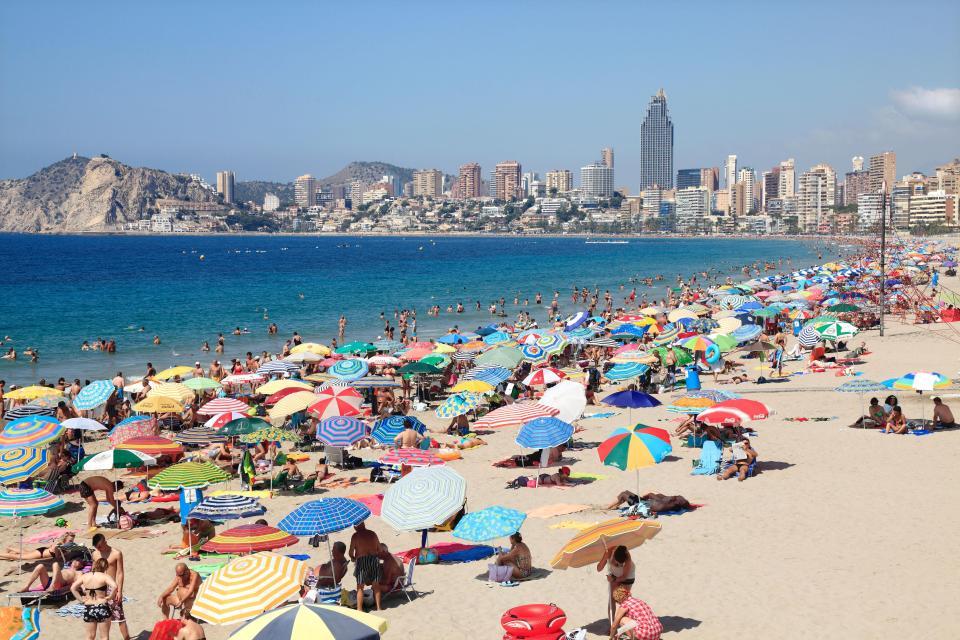 The warning comes as a result of clashes between fans and local police following both the England v Panama and the England v Sweden matches.

The police, who brandished truncheons and rot shields, were out in force again on Saturday for the Sweden match, with several vans parks on the Calle Mallorca – a popular street with Brit holidaymakers.

Footage appears to show police manhandling fans, with one officer violently shoving a man away with his hand after spotting him filming. 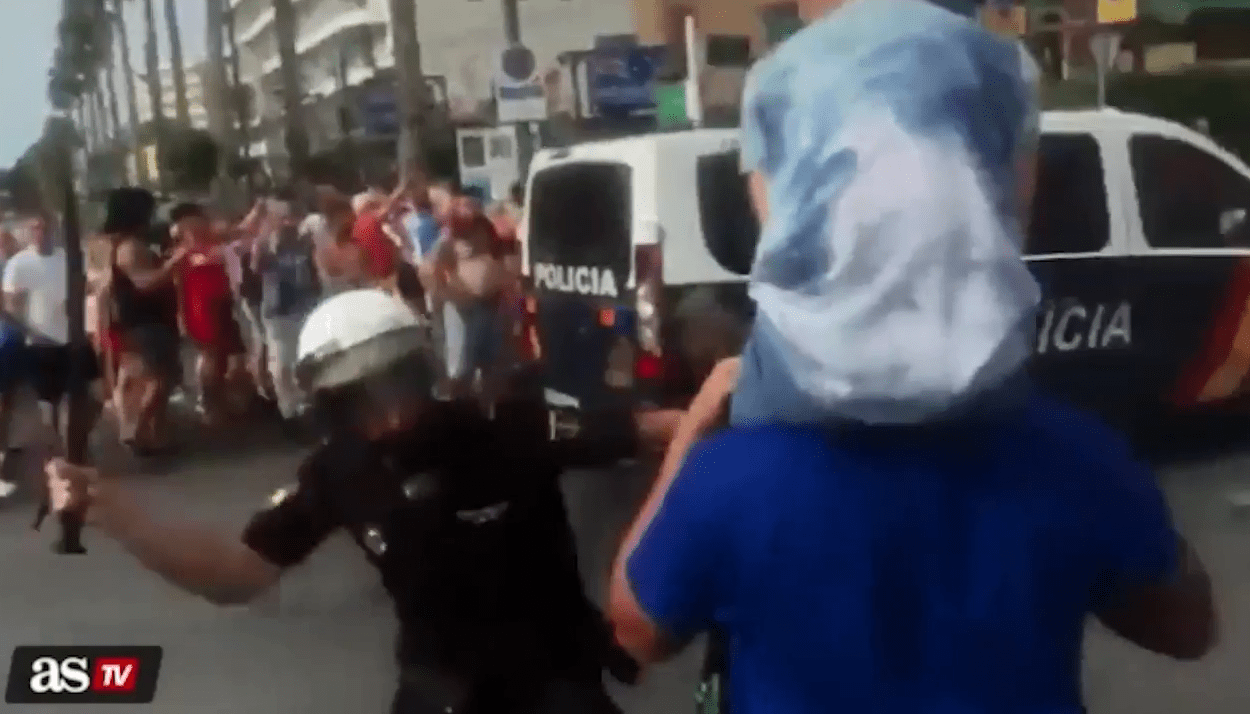 The camera then pans around and catches an officer launch an apparently unprovoked attack on a football fan holding a small child on his shoulders.

Holidaymaker Harry Norrie who claims to have been present during the clash with police, tweeted: "Police firing rubber bullets to control the crowds in Benidorm after England game, totally unnecessary.
"There was no England fan causing any trouble it was a carnival atmosphere till the police started."

FCO advice reads: "Given recent public order incidents following televised England football matches in Benidorm, you should exercise caution around the vicinity of Rincón Loix during and after the England v Croatia World Cup match.

"If you’re in the area, you should follow the instructions and advice of the local authorities; strict controls on drinking alcohol in the street are in force and anti-social behaviour may lead to prosecution."

The new warning follows two months of Benidorm cracking down on anti-social behaviour, with the local council declaring, "We just won't tolerate it."

Extra police have already been drafted in as the busy summer season begins.

Benidorm says it doesn't want to fall into the same bracket as Magaluf, which has been plagued by anti-social behaviour and is also tightening up its controls.

The coastal resort, which transformed from a sleepy 1920s coastal town to stag and hen do capital rife with nudity, boozing and brawling, has now had enough of drunk Brits.

Residents are calling for tougher measures to be placed on stag and hen parties at the Spanish resort this summer, which they claim are turning hot spots into no-go areas for locals.