Strategically positioned across from England, Normandy is the closest coastline to Paris. That prime location may attract urban beachgoers, but it also explains why this welcoming corner of France has seen more than its share of war.

In the ninth century, Viking Norsemen swooped in from the north and gave the region its name. A couple of hundred years later, William the Conqueror invaded England from Normandy (his 1066 victory is commemorated in a medieval tapestry – more about that later). A few hundred years after that, France’s greatest cheerleader, Joan of Arc, was burned at the stake in Rouen by the English, against whom she rallied France during the Hundred Years’ War.

And in 1944, Normandy was the site of a WWII battle that changed the course of history. For many Americans, Normandy begins and ends with the D-Day museums and memorials that commemorate the heroic Allied landing of June 6, 1944. 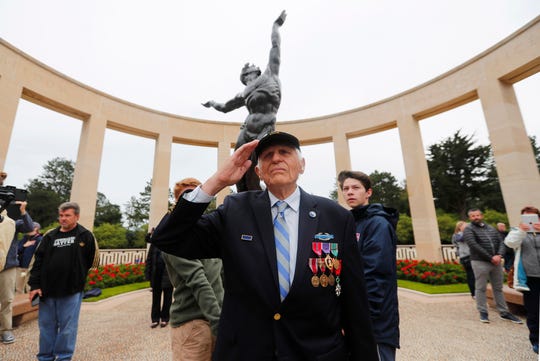 But even if the rugged Norman coast still harbors wartime bunkers and military cemeteries, it’s also home to pristine beaches, enchanting fishing villages, and pleasant seaside resorts. It’s such a popular getaway that Parisians call it the “21st arrondissement” – and with its delicious cuisine and idyllic nature, it’s no wonder. Brits consider it close enough for a weekend outing (BBC radio comes through loud and clear here). 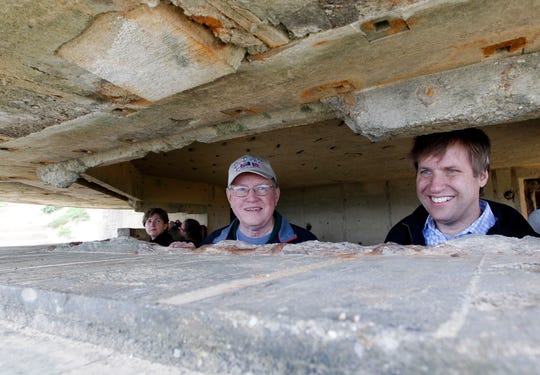 Visitors peer out from a German machine-gun bunker at Pointe du Hoc, the highest piece of land between Omaha and Utah Beaches. (Photo: CHRISTOPHER GANNON/GANNETT)

Little Bayeux, six miles inland, makes an ideal home base for visiting the area’s sights. Even without its proximity to the D-Day beaches, it’s worth a visit for its enjoyable town center, awe-inspiring cathedral (William the Conqueror was present for its consecration in 1077), and the remarkable 230-foot Bayeux Tapestry, which painstakingly details William’s conquest of England, scene by scene. 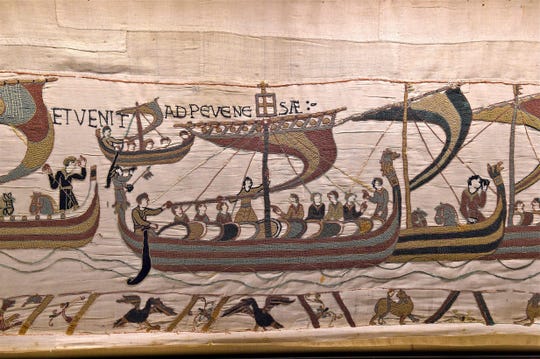 For the ultimate Norman experience, though, I prefer to stay at a rural farmhouse B&B. Ancient stone houses, often owned by the same family for decades or longer, offer simple rooms outfitted with vintage furniture and linens crisp from drying on a backyard line. Breakfast eggs often come from the hens in the yard. It’s the ideal way to sample everyday life firsthand.

Getting into the countryside is also the key to experiencing the local cuisine. Normandy, after all, is the earthy land of the four Cs: Calvados, Camembert, cider, and crème (cream sauces). When you see “à la Normande” on a menu here, expect your food to be bathed in cream and butter.

There’s no local wine in Normandy, but this region of apple orchards is proud of its powerful Calvados apple brandy and hard apple ciders. Along green lanes lined with hedgerows, Route du Cidre signs (with a bright red apple) lead tourists to producers of handcrafted cider and brandy. At mom-and-pop places, proprietors invite you into the kitchen for a taste and a chance to buy a bottle. Bigger outfits happily open up their musty cellars and pressing sheds, offering tastings and tours. 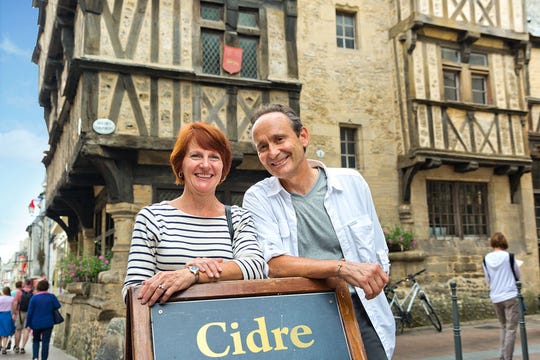 Part of Normandy's apple crop is transformed into hard cider that you can sample throughout the region. (Photo: Dominic Arizona Bonuccelli)

At restaurants here, you might be offered a trou Normand, a shot of Calvados served in the middle of a big meal (it’s sometimes poured over apple sorbet), with the idea that it will reinvigorate your appetite to get you through the next course. You’ll also find bottles of the aperitif Pommeau, a blend of apple juice and Calvados, as well as poiré, a tasty pear cider.

Those ciders and brandies are perfect for washing down the region’s premier cheeses and cream sauces. What makes these dairy products so special? It’s the terroir – the lush green pastureland brushed by the mild maritime climate. And it’s the brown-and-white Normande cow, which produces a daily output of five gallons of milk that’s super high in butterfat. (This stoic breed was nearly wiped out during the 1944 Allied invasion, but has since rebounded.)

One of the keys to Normandy region's cheeses and cream sauces is the brown-and-white Normande cow, which produces a daily output of five gallons of milk that's high in butterfat. The breed was nearly wiped out during the 1944 Allied invasion but has since rebounded. (Photo: LeandroHernandez, Getty Images/iStockphoto)

The rich milk of the Normande cow is essential to the region’s iconic Camembert cheese, packaged in its little wooden box. Runny and moist, the funky raw-milk Camembert available in Normandy is nothing like the rubbery pucks sold at home. Look for cheeses labeled “Camembert de Normandie AOP” to get the real thing. The French even control the designation of Normandy’s thick, unpasteurized cream (AOC crème fraîche de Normandie).

Here’s a tip: If you’re going to splurge on a nice dinner in France, do it in a small Norman town, where fine dining can be a terrific value. After spending a day visiting the D-Day beaches, I look forward to the edible and drinkable hospitality that’s so abundant in Normandy. Even when the food’s gone and the bottle’s empty, the party goes on.