Auria Abraham is usually a Thanksgiving “nomad,” sometimes hosting friends at the home she shares with her husband and 12-year-old daughter in Brooklyn, other times visiting family.

This year, more than ever, she yearned to spend the holiday in Massachusetts, where a close family member is recovering from an illness. Although she wanted to lend her love and support in person, Ms. Abraham, 52, felt the risk of the coronavirus would have been too high.

“The first week of November, we started to see the numbers rising and I began to have an inkling that maybe this might all be ‘the best-laid plans,’” said Ms. Abraham, the founder of Auria’s Malaysian Kitchen, a manufacturer of sambals and other Malaysian foods. “The hardest part for me was for us to not be there.”

Even her daughter, she said, picked up on her sadness. “She knew that trying to be together for a few days was so necessary this year.”

It’s natural to take stock of the year-that-was when the holidays roll around. Through the lens of travel, 2020 for many has been about — well, nothing and nowhere. Ms. Abraham and other would-have-been-trip-takers are left grappling with a specific loss, not only about places not seen and experiences not had, but also milestones not celebrated, people not hugged and time that’s impossible to get back. They are also questioning whether they have any right to feel sadness, given the widespread illness, death and economic turmoil caused by the virus.

“Generally speaking, it’s not as challenging to lose some things compared to others, but it is possible to grieve the loss of our own future, our own health — anything we consider valuable,” said M. Katherine Shear, the founder and director of the Center for Complicated Grief at the Columbia School of Social Work.

Early this year, Judy Mallory, 71, bought her grandson, Max, a yellow Paddington Bear-inspired raincoat: the perfect accessory for their planned September vacation to London and Belgium.

Along came the pandemic. The trip — which would have been with Ms. Mallory’s son and daughter-in-law — unraveled: no charming Airbnb in London’s Notting Hill, no Eurostar to Brussels, no watching Max, who will turn 2 in February, absorb his first international setting.

“I am seeing my ‘travel life’ pass me by,” said Ms. Mallory, a retired elementary schoolteacher who lives in San Diego. “I’m not saying I’m going to stop traveling when I’m 80, but I do have to worry about safety because of my age, and this felt like a loss — not only the loss of time, but the loss of time with my family.” 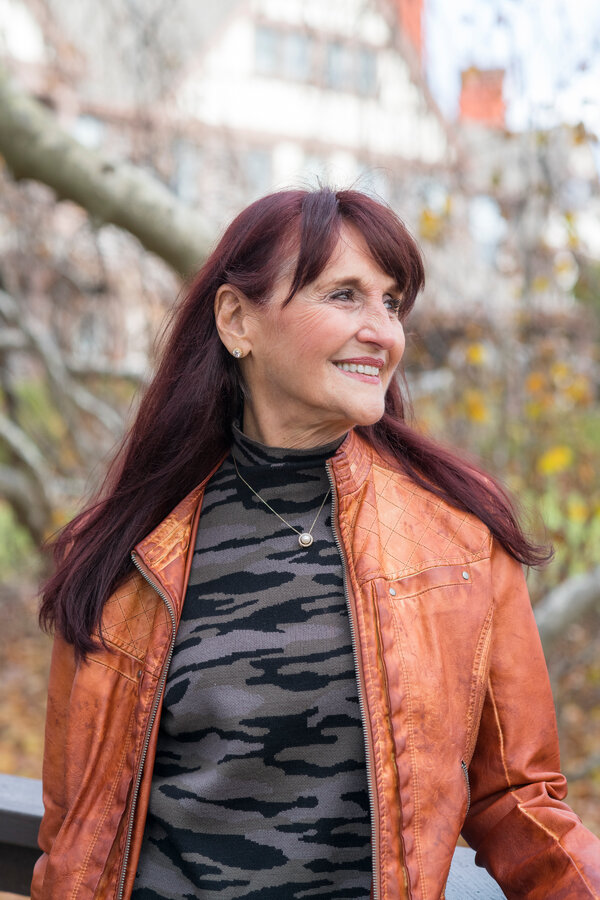 ‘We’re kind of running out of time’

Others have also struggled with accepting a new, uncertain future. In January, Susan Romanoff Baum found herself sitting on the beach on Española Island, in the Galápagos, newly retired from the educational resources company she co-founded in 1991.

With the majestic landscape spread out before her — the cerulean waters of Gardner Bay, the splashes of red from the Sally Lightfoot crabs — the future looked bright. “I knew that I wanted to be a citizen of the world and travel, and hopefully spread some good,” said Ms. Baum, 73, who lives in Great River, N.Y.

In February and March, Ms. Baum and her husband of 51 years were set for their third Ethiopia tour with the education nonprofit H2 Empower. There was also a European vacation with friends slated for September and October.

“We’re pretty energetic and fit people,” Ms. Baum said. “But we’re kind of running out of time to do the things we really wanted to do — we wanted to hit the ground running.”

This spring, as her plans collapsed, Ms. Baum tried to keep her sadness and disappointment in check: Infection rates in New York were peaking, hospitals were filling. “How dare I think that my travels were important?” she reminded herself.

Then, a beloved uncle died and Ms. Baum had to attend the funeral in Ohio over Zoom.

“People forget that travel isn’t just about the fun stuff,” she said. “It’s also about being able to be places where you can support one another and be around the people you love.”

‘It’s hard on your heart'

That is also true for happy occasions. Emily Alvarez, 33, who lives in the Woodland Hills neighborhood of Los Angeles, watched several trips fall prey to the pandemic this year, including a swing through Nice, France, to meet her best friend’s two children for the first time, and her brother and sister-in-law’s baby shower in Orlando, Fla. Most of all, though, Ms. Alvarez had been looking forward to her Cuban-American family’s annual Noche Buena, or Christmas Eve, celebration in her hometown, Miami.

“That’s when traditionally we roast a big pig and we have black beans and rice and everybody’s gathered and dancing,” said Ms. Alvarez, the co-founder of 360 PMI, a website development company.

Ms. Alvarez said she is torn between the feeling of sadness and the feeling that she “dodged a bullet.” With an underlying health condition, she didn’t want to gamble.

“I’d been really hanging onto hope for a long time,” Ms. Alvarez said. “It became real when I finally told my mom, ‘Hey, I’m not going to purchase airline tickets.’”

After qualifying — and fund-raising — for the prestigious American Youth Baseball Hall of Fame Invitational Tournament, Ms. Melvin’s son’s youth baseball team was bound for Cooperstown, N.Y., in June. Ms. Melvin’s 9-year-old daughter’s dance company, meanwhile, had been selected for Dance The World Broadway, a whirlwind of theater-focused events and workshops that would have also brought the family to New York City for the first time.

“People didn’t get to go to their high school graduations,” said Ms. Melvin, a special events coordinator for Perfect Game Midwest, which organizes and promotes youth baseball and fast-pitch tournaments. “People weren’t able to see family. And here I was, worried about a baseball game.”

That sort of reasoning is a common coping mechanism, said Dr. Shear, the grief expert.

“Whenever we’re dealing with painful emotions, it’s natural to wonder whether we can do anything about it,” Dr. Shear said. “And if we can’t, we usually want to do something to help manage the pain. One way is by reminding ourselves that it could have been a lot worse.”

Although Ms. Melvin knows she’ll eventually see the Statue of Liberty, the baseball trip is another matter: Her son will turn 13 in mid-December, and the invitational is limited to 12-year-olds.

“As a parent, it’s hard on your heart,” Ms. Melvin said. “You just don’t want your babies to lose things they’ve worked so hard for.”

‘We have to be able to find joy’

Earlier this year, Doreen Agboh front-loaded her courses so she could spend “senior spring” — the last semester of medical school, before residency begins — traveling to Colombia, Costa Rica and elsewhere.

“In general, as a doctor, you’re never going to have four months of time off unless you build it into your life — but then that means no salary,” said Dr. Agboh, 28, now an emergency-medicine resident physician in Chicago. “There will never be this time again where I have the freedom and the ability to do what I want whenever I want. And, for me, that ‘wanting’ was travel.”

Instead, Ms. Agboh spent much of her senior spring grounded in New Jersey, first in her medical-school apartment in Newark, then in her hometown of Westampton, N.J.

“I was grieving a lot,” she said. “I was very sad and anxious — the things that I had guaranteed myself were no longer there.”

When she finishes her residency in three years, Dr. Agboh may pursue a fellowship or start a new job. She could also be married with children. For now, she is focused on working hard and getting to know her new city.

“I’ve accepted that life may never be the same, but that doesn’t mean that you shouldn’t do things that make you happy — we have to be able to find joy,” she said.

The Baums adopted a similar mind-set, reacquainting themselves with their hamlet by bird-watching and soaking in sunrises at the local marina.

“I think there are a lot of facets to losing travel,” Ms. Baum said. “We’ve had to rethink how we’re going to do things, but it doesn’t mean you have to stop learning.”

Ms. Alvarez is wrestling with the fact that she won’t be able to attend her cousin’s wedding in January. But she acknowledged that her connection to her family has remained strong, despite the distance: “I don’t need to go home for Christmas to realize that our relationship is special,” she said.

Ms. Mallory, for her part, is eager to get to London with her grandson.

“I’m really hoping the opportunity comes around,” she said. “Max can have another raincoat if we go — it will probably just have to be a bigger size.”

And although Ms. Abraham, who wasn’t able to make it to Massachusetts for Thanksgiving, also had a family Christmas trip to Malaysia crumble, she still considers herself lucky.

“Every day we say our thank-yous for what we have, and who we have, in our lives — I’m knocking on wood,” she said.