That is one of the daily tasks for Elena Adell, chief winemaker at Campo Viejo, Rioja’s largest producer of the red nectar.

With her multi-coloured hair, canary-yellow coat and designer sunglasses, Elena is the Anna Wintour of wine — minus that cold reputation.

Having worked for Campo for 30 years, she has an encyclopaedic knowledge of its produce, talking passionately and at such speed during our tour that her translator and winemaking deputy, Clara Canals, struggles to keep up.

Their winery tours are available all year round and there is never a wrong time to visit.

In summer, the vineyard is a sea of green then, as the grapes ripen before harvest, it turns into a kaleidoscope of autumnal reds, yellows and oranges. 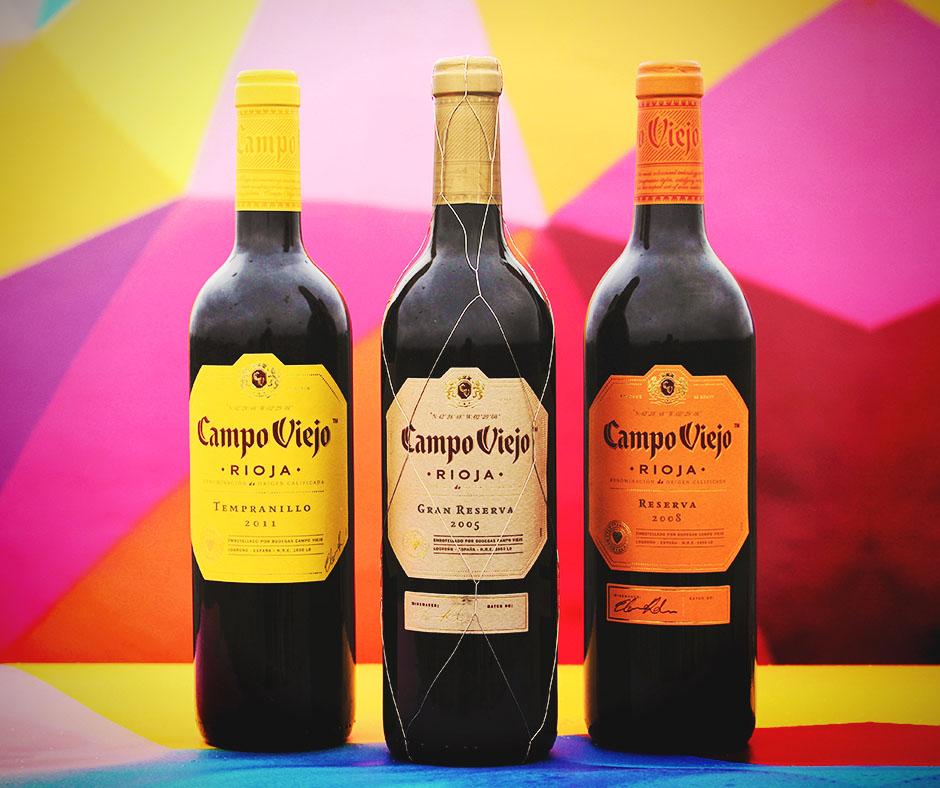 Campo isn’t any ordinary winery. In 2012 it became the first in Spain to be awarded carbon-neutral status.

Its commitment to sustainability is matched only by its devotion to producing innovative wine.

Its “experimental room”, filled with mini vats, allows Elena and her team to test out new grapes and blends. While Campo’s biggest sellers are its claret wines, it is the light and fruity white Tempranillo that really stands out.

Made from a recently discovered red grape, it naturally mutates over six months to lose its pigmentation. It is currently only stocked on British shelves.

Six glasses of wine and some selfies in the vineyard later, we take a short drive to Logrono’s old town, where we find boutique hotel Marques de Vallejo.

Housed in a charming 19th-century building, it is the perfect spot to freshen up before savouring the delights of Calle del Laurel, a labyrinth of streets offering Rioja’s famous pinchos (tapas) and wine. 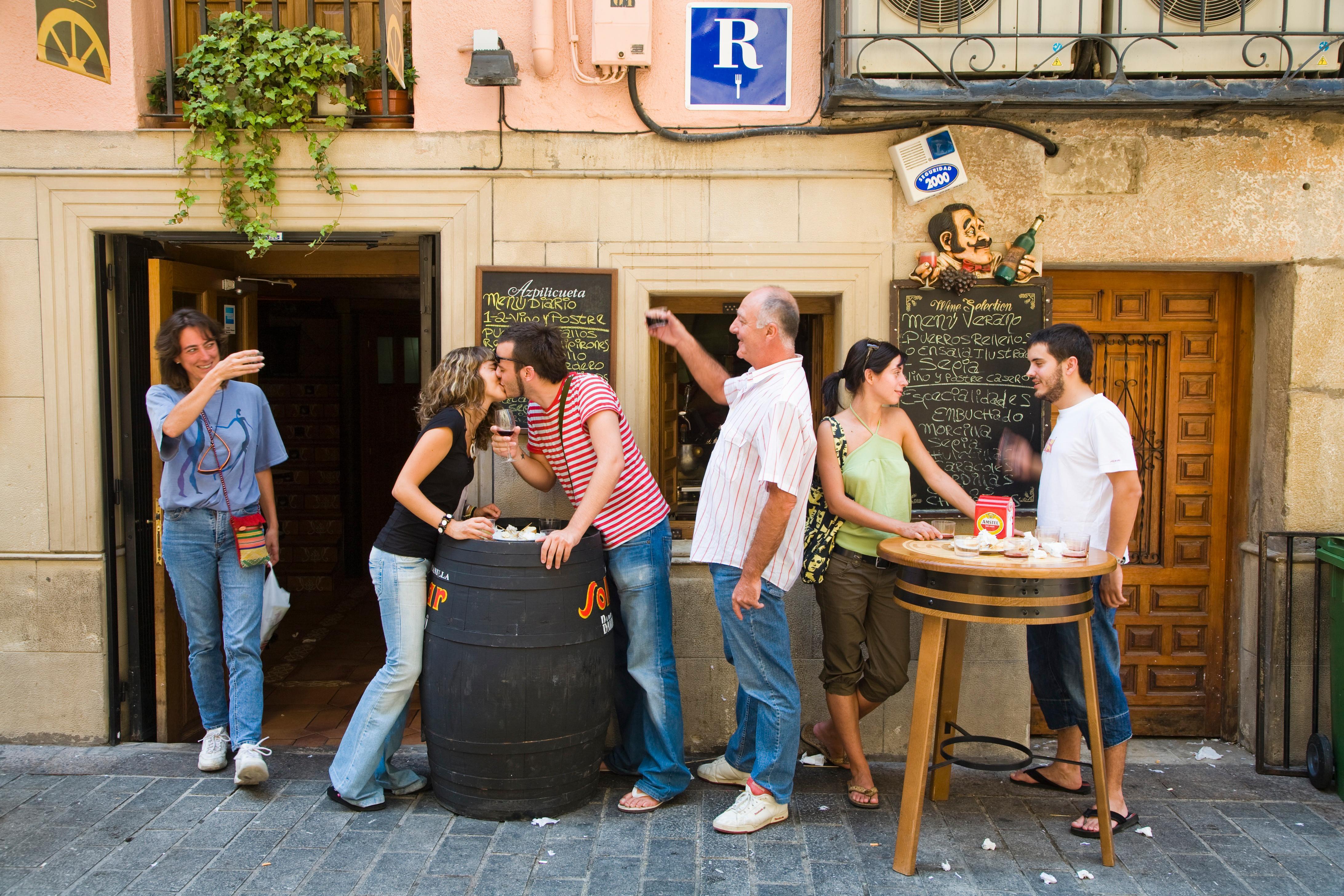 Not to be missed is the bustling, family-run Bar Soriano.

Locals and tourists queue out the door to sample its only dish — a three-mushroom stack on a chunk of white bread, topped with a tiny shrimp and rich garlic marinade, the recipe of which has remained a closely guarded secret.

And like many of the pinchos, it costs less than two euros.

Over the next few stops, we delve into suckling pig and artichoke, lemon squid and, at our final call — the trendy El Rincon De Alberto — a succulent salt-cooked chuleton de buey (bone-in rib steak), all washed down with Campo wine, of course.

In the morning, we are taken on a tour of the main churches in Logrono, a popular stop on the Camino de Santiago pilgrimage route.

It is not unusual to see pilgrims walking through the narrow streets near the Iglesias Santa Maria de Palacio church.

And outside the nearby Santa Maria de la Redonda cathedral, tourists gawp at its magnificent twin towers, known as “las Gemelas”.

An hour’s drive away is the industrial port city of Bilbao, home to the Nervion River and the Frank Gehry-designed Guggenheim Museum, see news above.

GETTING THERE: Campo Viejo’s winery is a 40-minute drive south of Bilbao. Fly to Bilbao from the UK from £53 return with easyJet.

MORE INFO: You can book a private or a group tour of the Campo Viejo winery from £10pp. See campoviejo.com/en/winetourism. 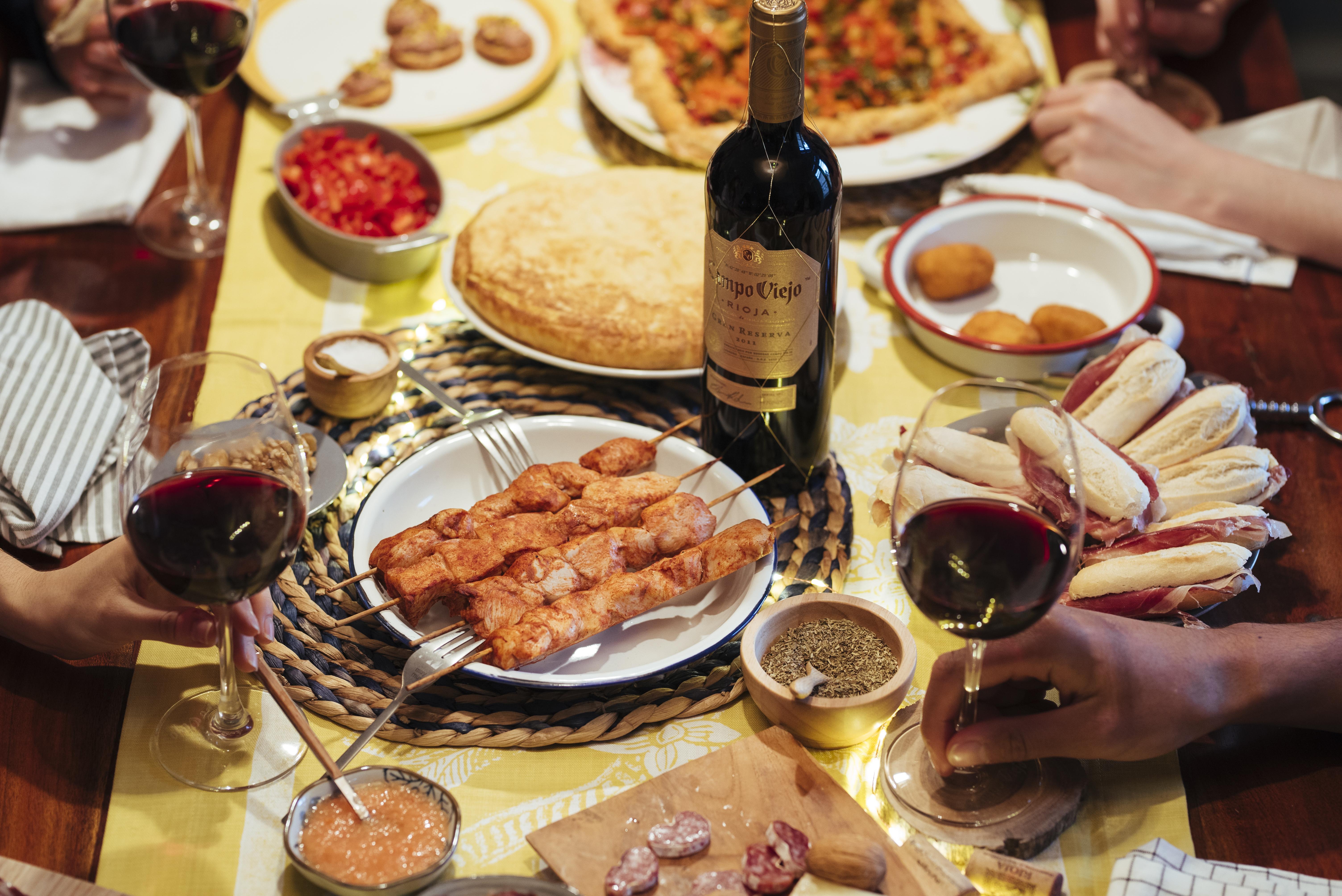 But my favourite was Jeff Koons’ Puppy — a 40ft sculpture made from flowers that stands guard outside.

You could spend all day wandering around its galleries, but three tram stops away, Bilbao’s old quarter is calling.

Devastated by floods in 1983, the district has re-emerged to become one of the city’s leading tourist areas. 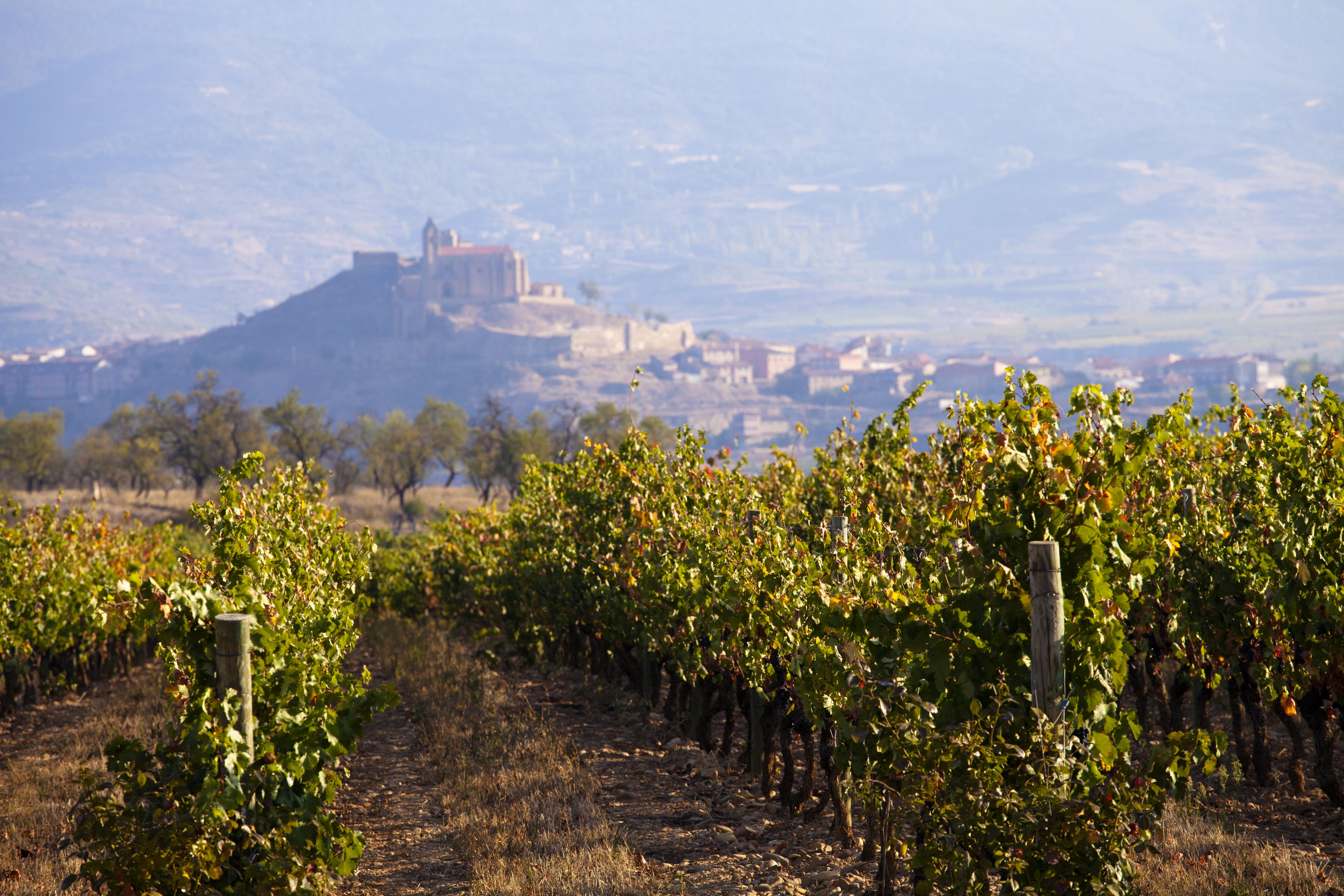 At its heart is the atmospheric Las Siete Calles (Seven Streets) that date back to the 1400s and teem with cafes, pinchos bars and boutiques.

But if you are feeling peckish, pay a visit to La Ribera, a 1929 market hall with 60 food stalls offering local fare.

My room for the night is in the contemporary Miro Hotel, which boasts suites overlooking the Guggenheim.

Its standard rooms are stylish with pops of colour, dark marble bathrooms and Molton Brown toiletries — though sadly no bath. 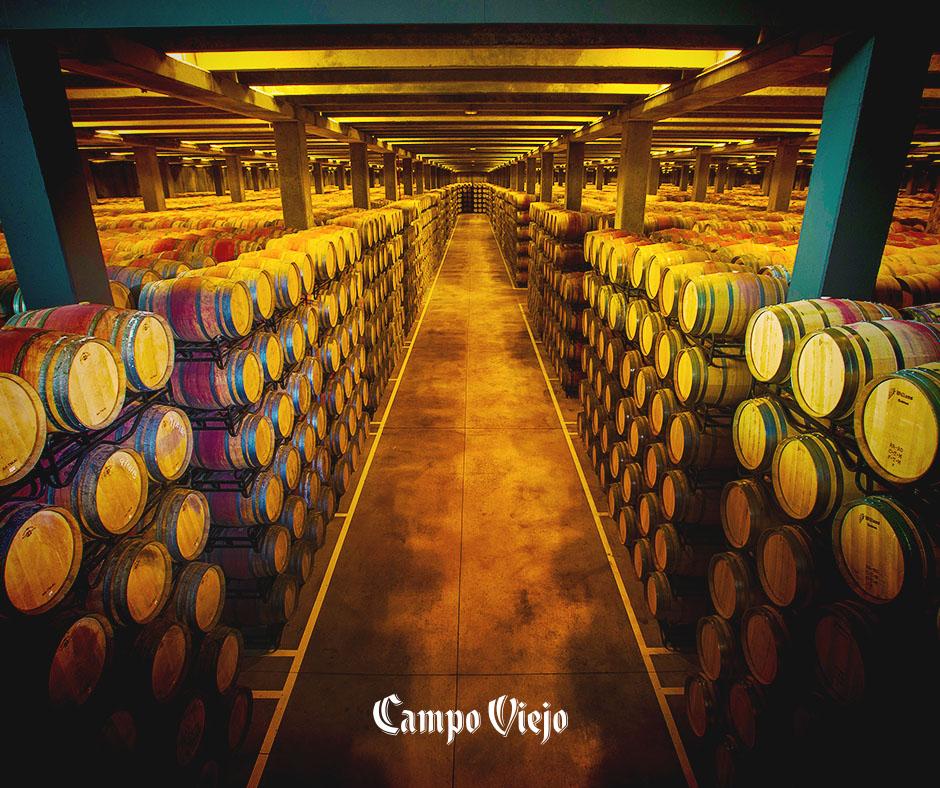 In the art gallery-style lobby, guests can lounge on leather sofas, play board games or pour themselves a drink at its “honesty bar”.

The restaurant, run by Michelin-star chef Fernando Canales, offers both traditional and creative Basque cuisine in a modern and romantic setting. 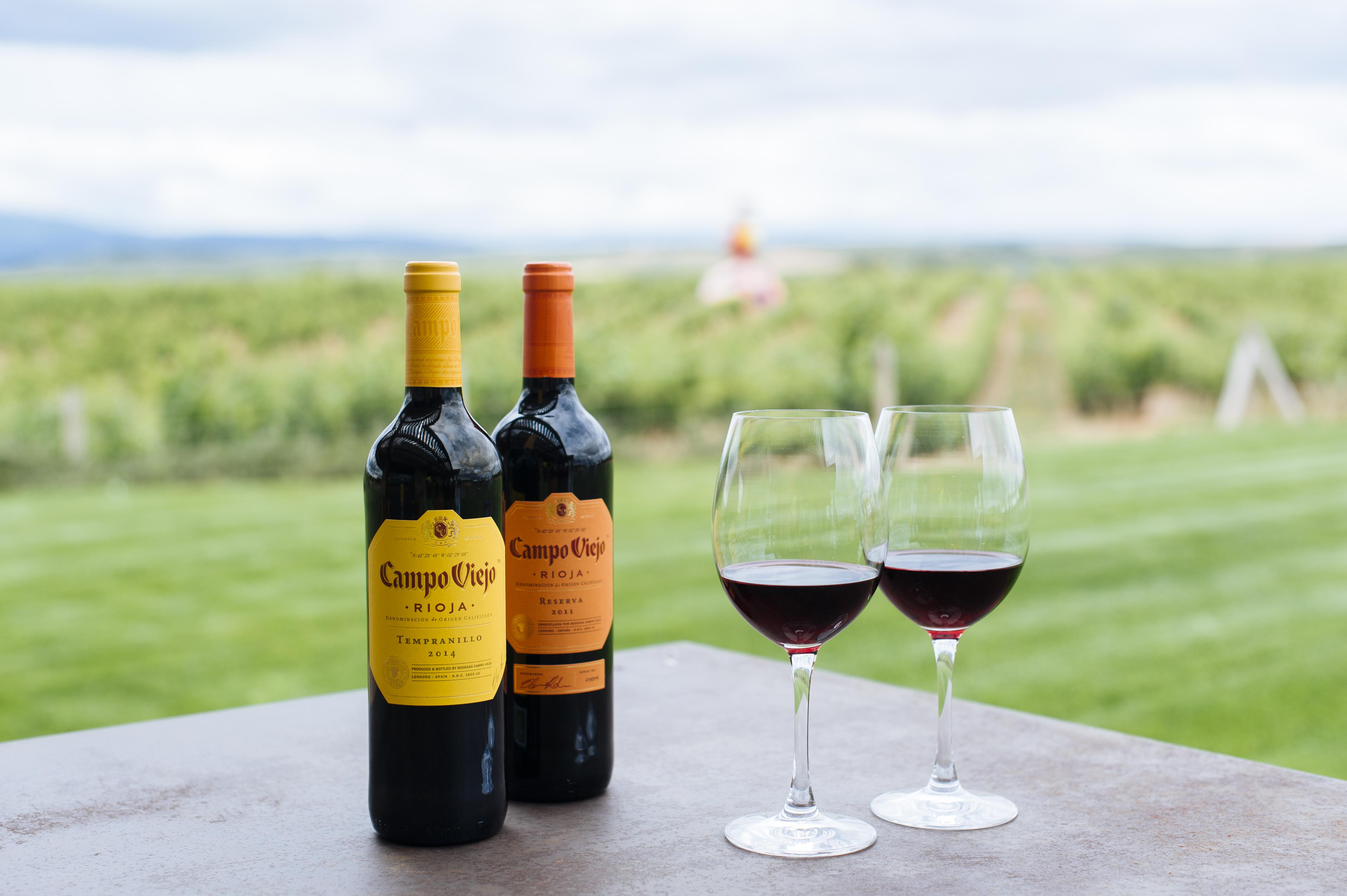 With a happy heart and full belly, the trip has been what dreams are made of.

Speaking of which, I must pass on my phone number to Elena — just in case she ever needs an apprentice.