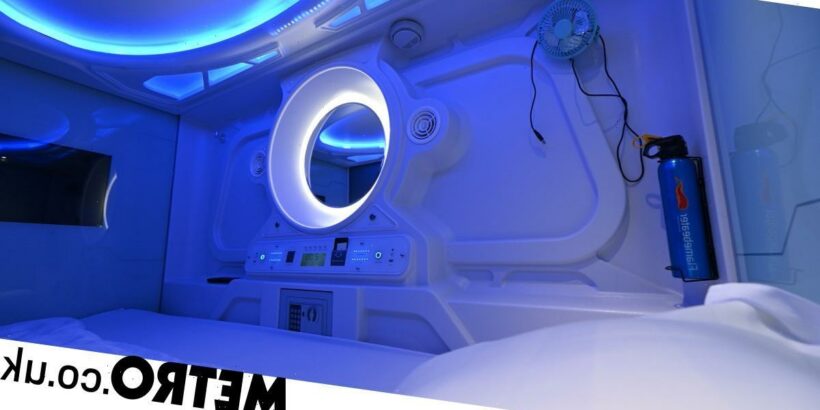 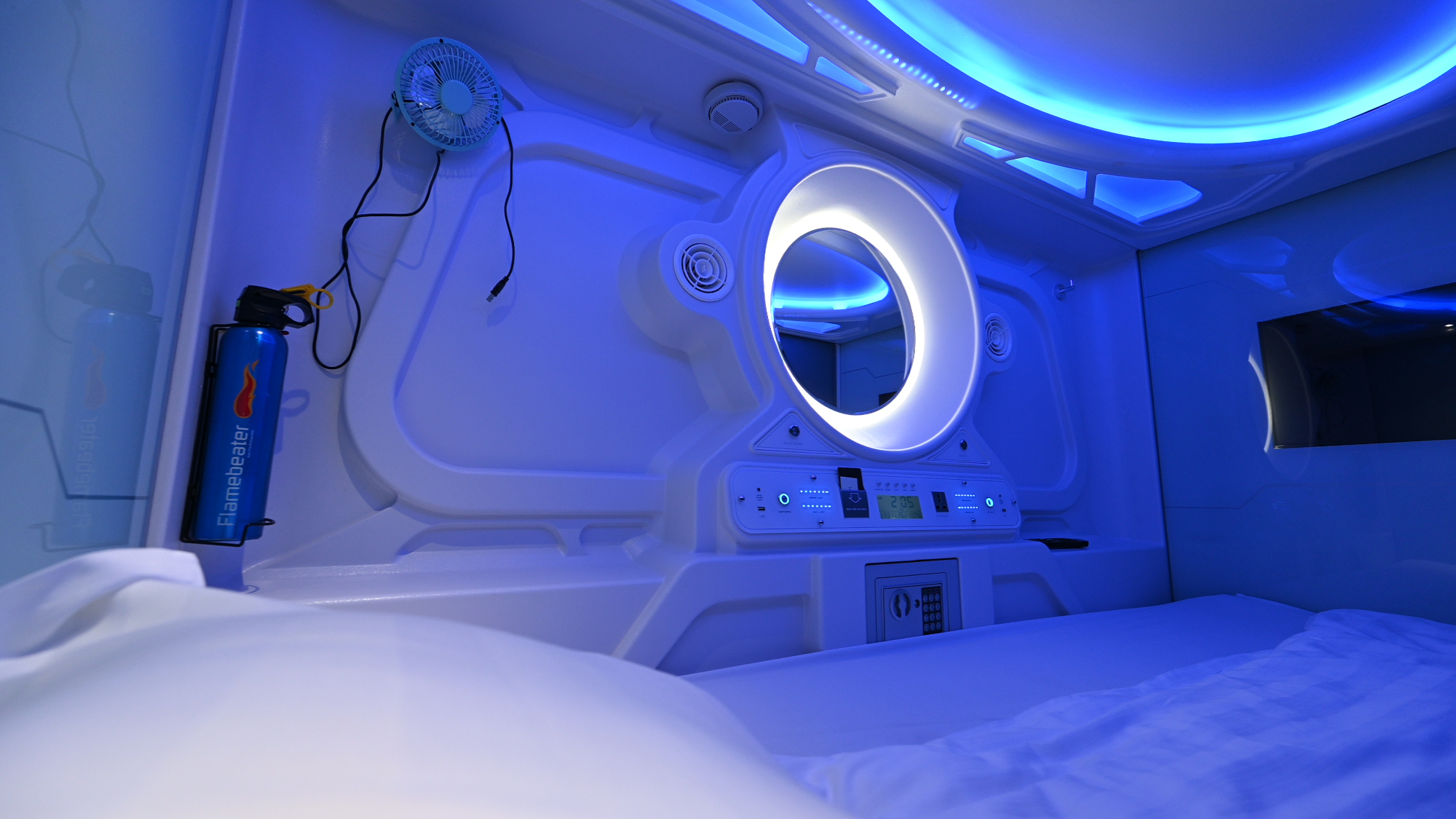 If you’re looking for an out-of-this-world travel experience, then this spaceship-themed hostel in Iceland might fit the bill.

The Galaxy Pod Hostel in Reykjavík looks pretty unassuming from the outside, but once you step into the dormitories you’re transported to a spaceship-like setting with ‘pod’ beds.

Benjamin Pothier, 46, a scientist and spacesuit tester from France, recently checked into the hostel and told Metro.co.uk that it’s ‘straight out of a science fiction movie’.

Images from his stay, show how the dormitories are lit with a sci-fi-esque blue light come nightfall and the sleeping capsules look like something out of a Star Wars movie, with airlock-style doors.

Pothier said after his stay: ‘The pods are amazing in my opinion and pretty comfy.

‘The hotel itself is situated a bit outside of Reykjavik centre, in a quite anonymous building that also hosts a car dealership. So it’s a bit surprising on arrival.

‘After taking the elevator you arrive directly in the hostel lobby, that also works as a kind of gathering place.’

Other than the pods, Pothier says the rest of the venue ‘looks like a very cool youth hostel’.

Facilities include a communal kitchen and dining area, showers and toilets, and a bar in the lobby area.

The hostel opened in late 2015 and was the brainchild of Sverrir Guðmundsson.

The Icelander was apparently inspired by a scene in the 1997 film The Fifth Element, when Bruce Willis and Mila Jovovich’s characters sleep on a spacecraft in a capsule bed.

He told Lonely Planet: ‘Our pods are much cosier, but that movie really inspired me!

‘I believe there is some romance in this kind of accommodation when you are traveling to a place like Iceland that pretty much looks like another planet.’

Pothier spent three nights at the hostel before heading out to the wilds of Iceland to help with a science project helping to craft liveable habitats to aid space exploration.

He said he would definitely return to the Galaxy Pod Hostel, as it was ‘clean, comfortable and made for a memorable stay’.

The hostel has a 4.5 ‘excellent’ rating on TripAdvisor. One reviewer named Sólveig Péturs says that it’s also a great option for children.

She wrote after her stay: ‘Not only a hostel in a very good central location, it’s an experience! I stayed there with my nine-year-old daughter who absolutely loved it.

‘We live in Reykjavik but she really wanted to sleep in space on her birthday. I would even recommend arriving early so you have time to settle in, get all those space pictures done and then watch a movie on your private pod TV.’

For more information on the Galaxy Pod Hostel or to book a stay, visit galaxypodhostel.is.