To celebrate May the 4th they were pranked with a board which promised to transport them to a galaxy far, far away. 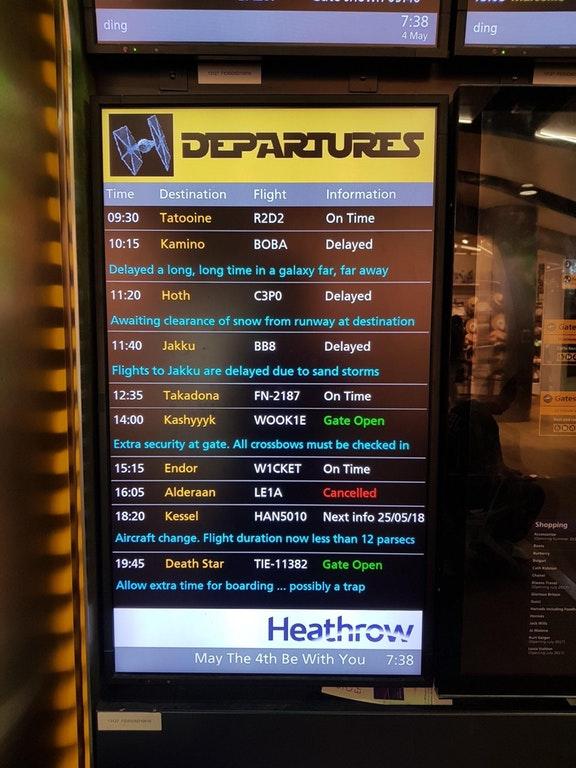 Destinations such as Tatooine, Kamino, Hoth and Jakku were up on the board in a tribute to Star Wars Day.

A note below the 11.40am flight to Jakku announced that it had been “delayed due to sandstorms”.

Jakku is of course a lawless planet in the films where many battles take place – and is the home of Rey.

There’s even a flight to the Death Star – although anyone boarding that has been warned to “allow extra time for boarding… possibly a trap”. 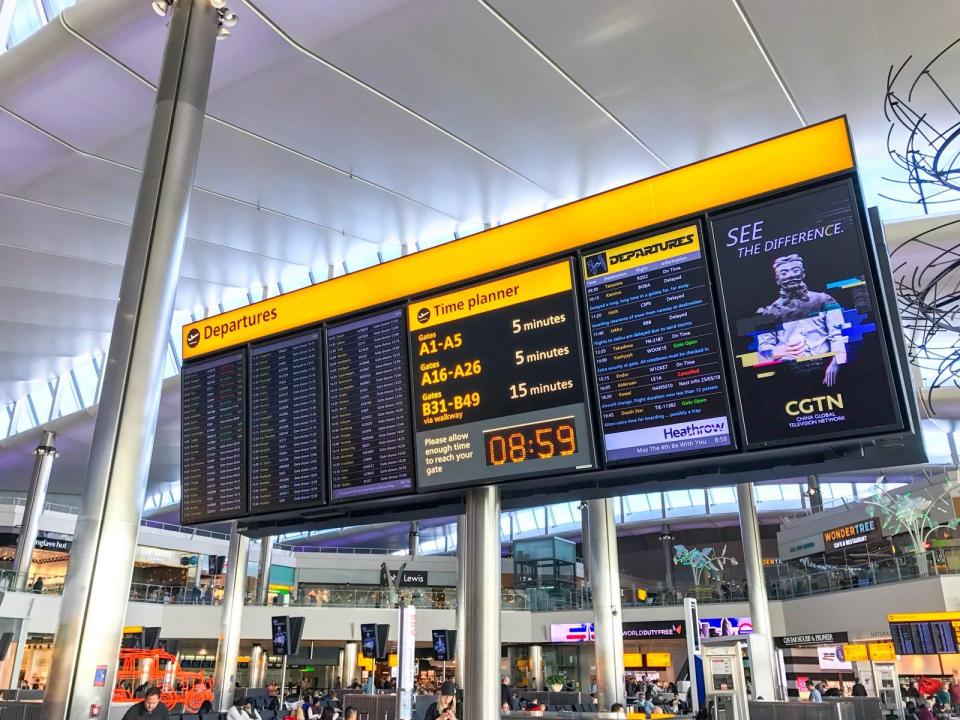 Flight numbers are also a nod to characters in the films.

There’s are R2D2 and a BB8 flights in reference to classic robot characters.

And there’s also a WOOK1E flight – as well as a flight to Alderaan with the number LE1A.

The photo was posted on a Reddit thread, and users sung the praise of Heathrow.

One said: “As a Brit I don't have many reasons to be proud of Heathrow but this is definitely one of them.”

Another said: “This is my favourite thing.”

Let’s just hope that nobody actually tried to board the Death Star flight.