Being the Queen of England has its perks and Queen Elizabeth II takes full advantage — especially on her birthday (or, shall we say, birthdays). Not only does the queen celebrate the actual day she was born, she also celebrates on a completely different date, months after the real deal.

1. The real reason she has two birthdays 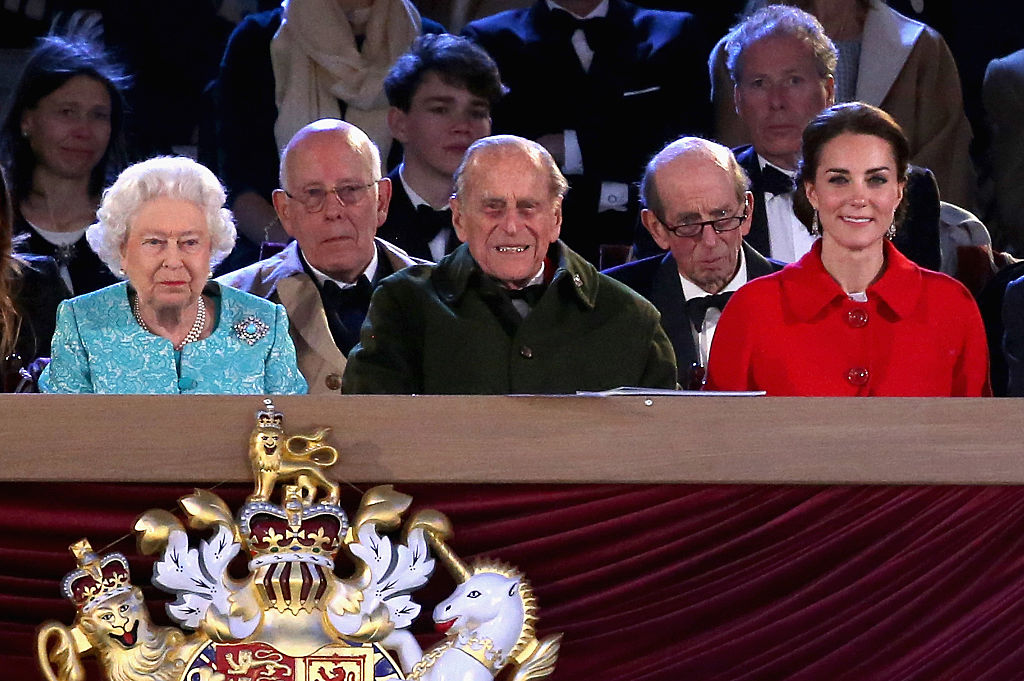 Her official birthday is celebrated when the weather will be best. | Chris Jackson/Getty Images

Although the queen was born in April, her official birthday isn’t until June. Why? Because good weather is important to the royal family. According to the family’s website, if a sovereign does not have a summer birthday, they will simply choose one and celebrate on two separate days.

Next: Good weather isn’t just a preference, it’s a necessity. 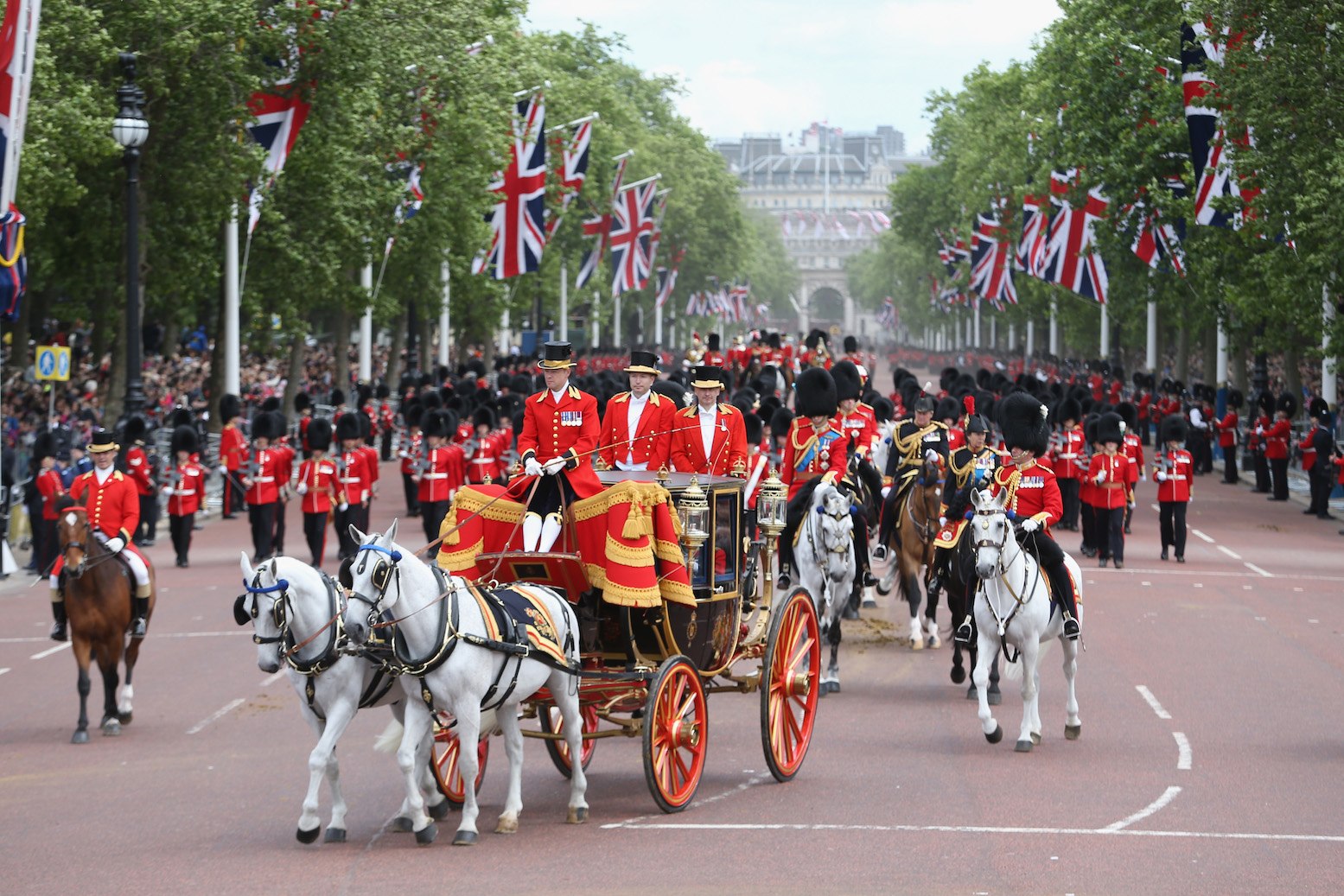 Her birthday parade is a sight to behold. | Chris Jackson/Getty Images

Selecting a day with historically good weather is not just about preference, it’s about the festivities, too. Every year on her official June birthday, the queen celebrates with a birthday parade called Trooping The Colour.

The ceremony dates back to the 17th century and consists of members of the British and Commonwealth armies, the Household Cavalry (aka, horse guards), 400 musicians, and a royal procession.

Next: The queen loves her weapons … 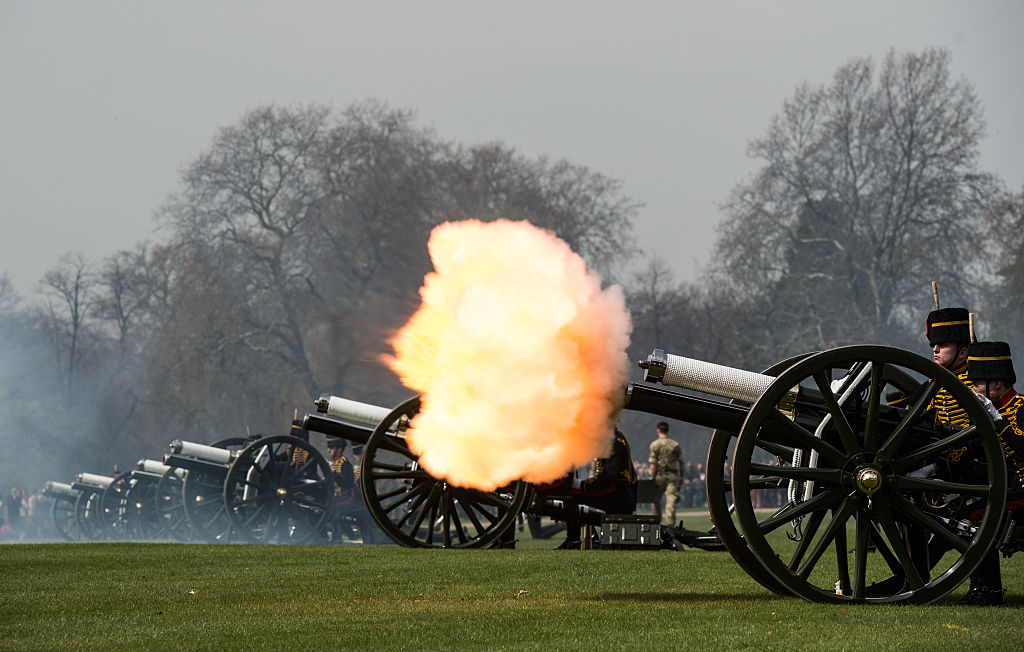 She watches from the palace. | Chris Ratcliffe/Getty Images

Following the royal procession, the queen returns back to Buckingham Palace for a 41-gun salute by the King’s Troop. This part of the ceremony takes place in Green Park, but she watches it from the palace gates.

Next: No birthday celebration is complete without this. 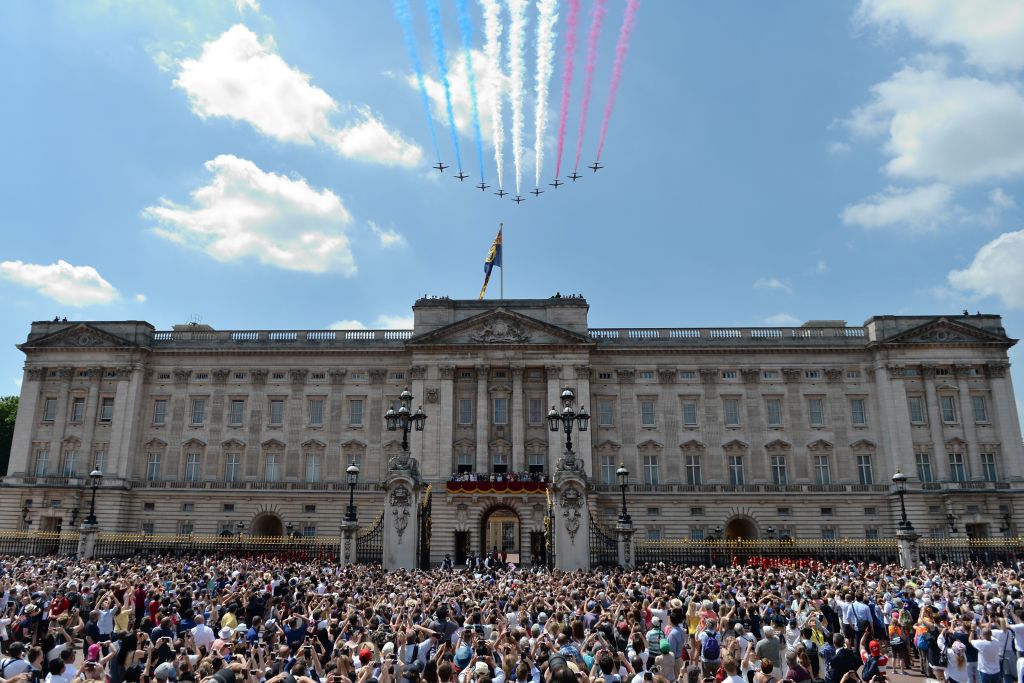 There is a flyby by the air force. | Chris J Ratcliffe/AFP/Getty Images

After the Trooping The Colour 41-gun salute, the queen leads her family up to the palace balcony for an exciting Royal Air Force flyby (or, as the queen would say: flypast).

Next: How she spends her actual birthday.

5. Her actual birthday is celebrated in private 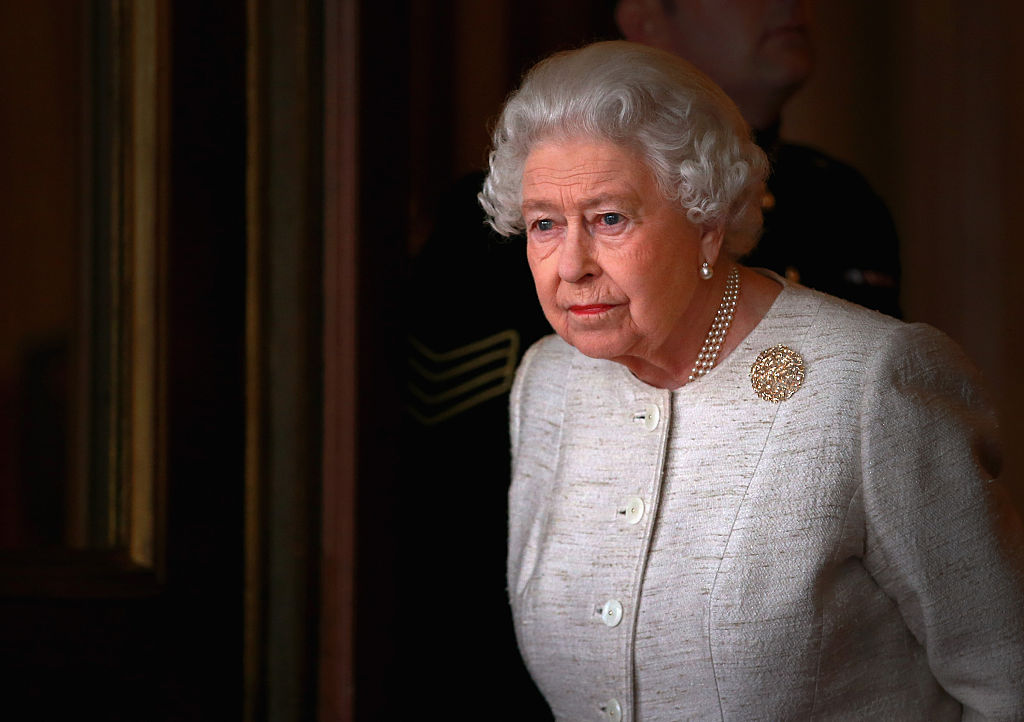 Although she likes grand gestures, the queen chooses to spend her actual birthday in private. With all the excitement — and, weapons — on her official birthday, who can blame her?

Next: She doesn’t always celebrate in private though … 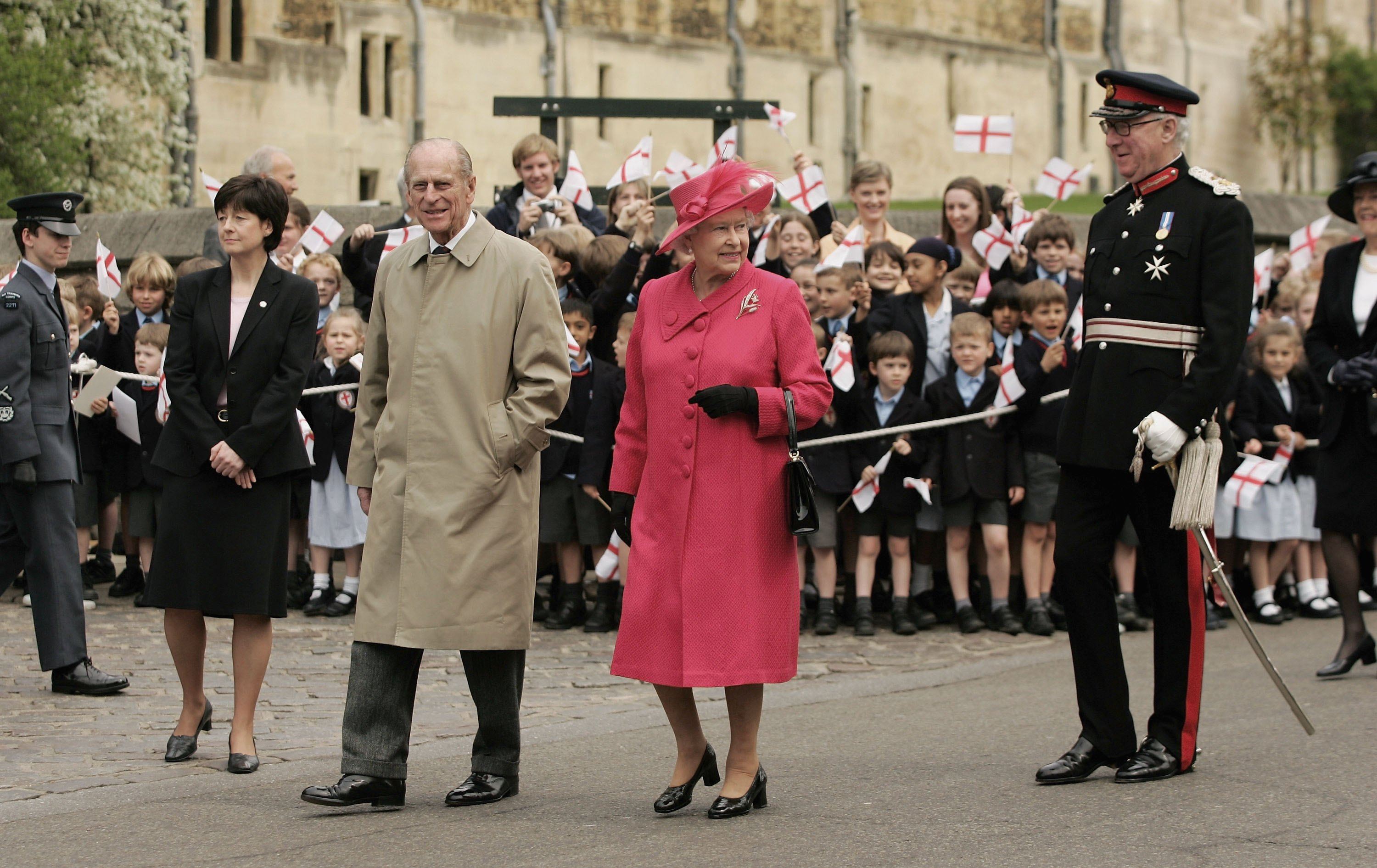 She walked the streets to let everyone wish her a happy birthday. | Daniel Berehulak/Getty Images

Despite spending her April birthday in private, the queen has occasionally made a public appearance. According to the family website, in 2006, the queen celebrated her 80th birthday with a walkabout outside of Windsor Castle.

Next: Who she spends her birthday with.

7. She spends time with her family

Although she prefers to have a more private celebration, the queen always celebrates with her family — with the exception of her 92nd birthday where her husband, Prince Philip and granddaughter-in-law, Kate Middleton were absent.

Prince Philip was recovering from hip replacement surgery and Kate Middleton was at home with Prince George and Princess Charlotte, awaiting the arrival of her third child.

Next: Her family members have been known to go all out. Despite her preference for a private birthday, the royal family has thrown her some incredible birthday parties — including her 92nd birthday concert. Held at Royal Albert Hall, the star-studded event saw performances by Sting, Shaggy, Kylie Minogue, Shawn Mendes, and Sir Tom Jones.

Next: The real reason her 92nd birthday party was such a big deal. 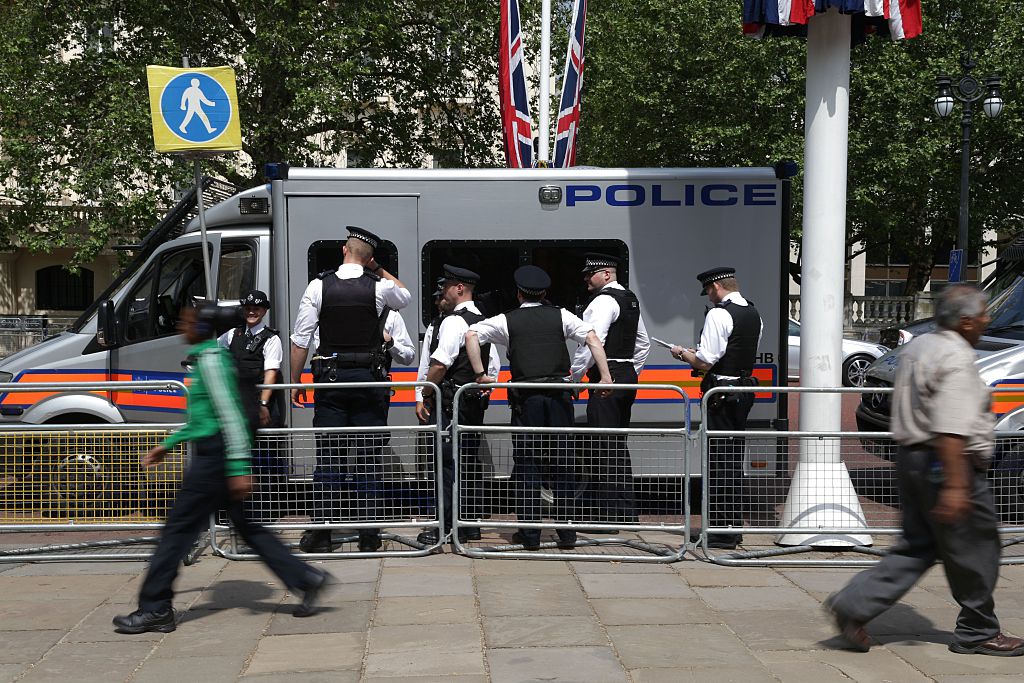 One of the most impressive things about her 92nd birthday wasn’t the event itself, but the security that made it possible. With around 40 members of the royal family all in one place, the security efforts were unmatched. Roads were closed, heavily armed police were present, and concrete and steel barriers were installed in what is considered one of the largest security operations ever seen in London.

Next: Shopping for the queen’s birthday gift is no easy feat. 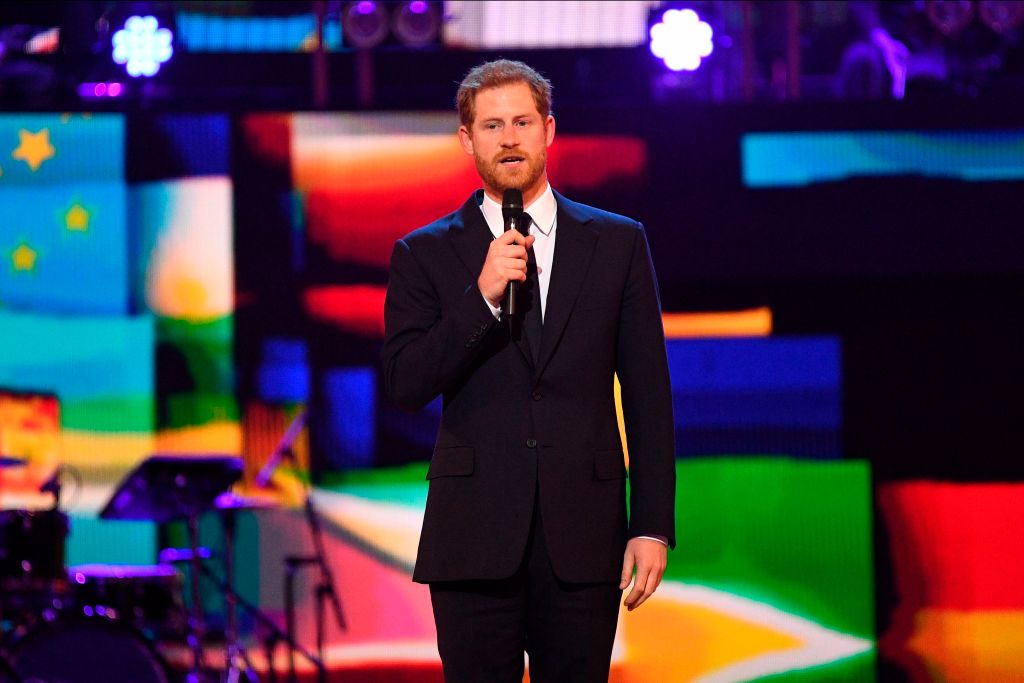 What do you get the woman who has everything? | Andrew Parsons/AFP/Getty Images

What do you get a woman who has it all? At her 92nd birthday celebration, Prince Harry presented her with a gift that keeps on giving … a charity in her honor.

“As we celebrate your 92nd birthday this evening and in recognition of your incredible life of service, I am delighted to say that the Queen’s Commonwealth Trust has now been launched to support young leaders around the commonwealth,” he said in a speech at her birthday celebration. “This organization, in your name, will provide a platform for those working to make a difference in their communities around 53 countries. Happy birthday, your majesty,” he added.

Next: Her official birthday is a gift to other commonwealth nations. 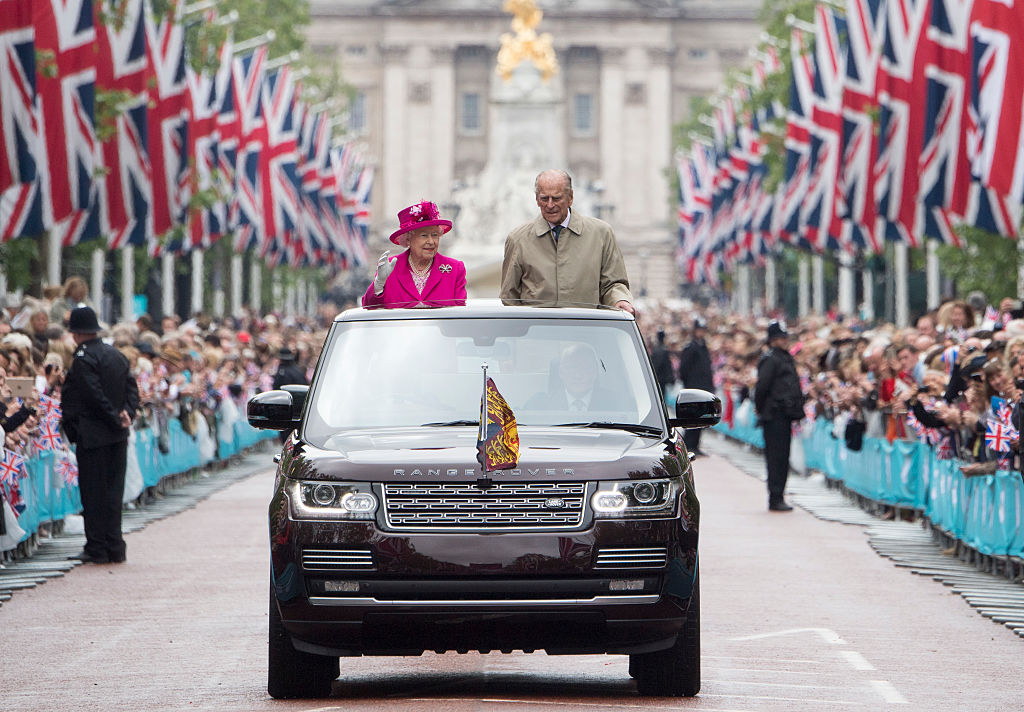 In some commonwealth nations, the queen’s official birthday is recognized as a public holiday — meaning, by law many civilians get to skip work and celebrate.

Next: How England celebrates the queen’s official birthday.

12. Her birthday is celebrated over a long weekend 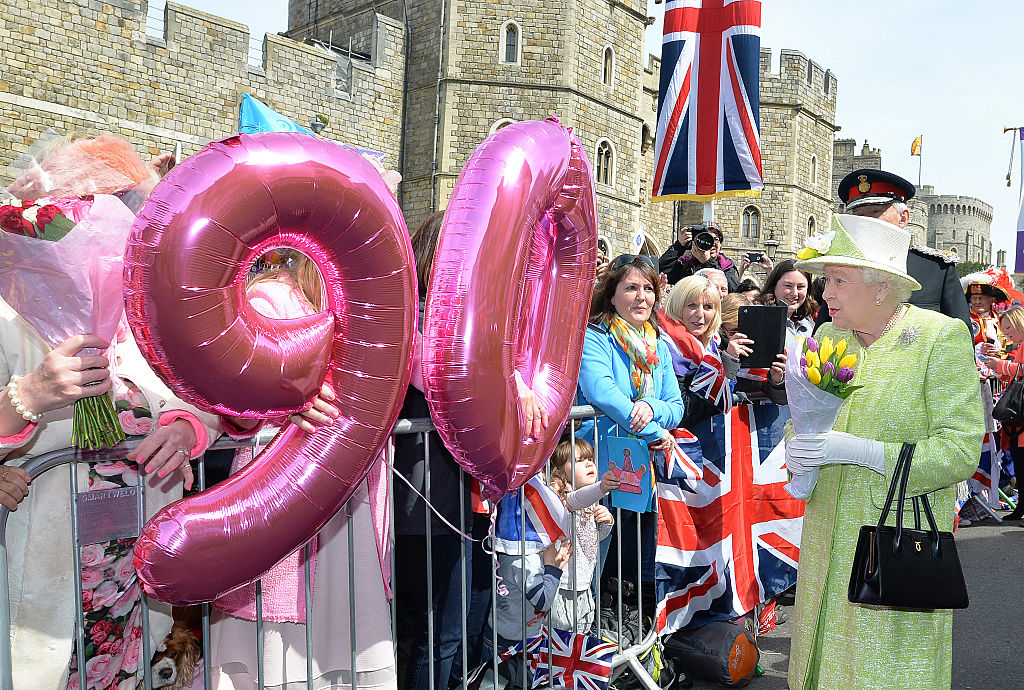 He celebrates her birthday on a long weekend. | John Stillwell – WPA Pool/Getty Images