Want a perfect French holiday? It’s ferry simple! How history, hipster heaven and fantastic beaches are just a hop across the Channel

I’m just about old enough to remember the Onion Johnny arriving by bike at our front door with strings of onions to sell.

The French onion seller was once a common sight on our streets.

Few knew that Onion Johnnies were onion farmers mostly from the Roscoff area of Brittany: they brought their harvest to the UK because they would get more money for their produce than at home. 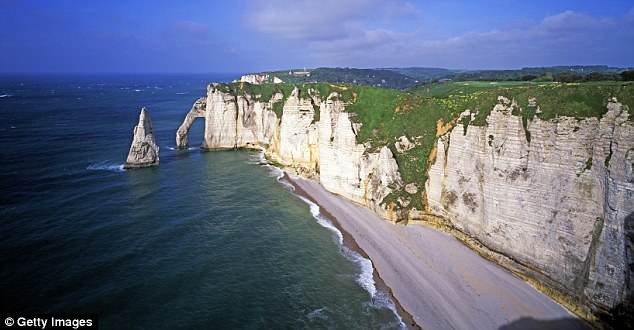 Natural beauty: A sunny view out towards Porte d’Aval arch in Etretat

This was one bond that tied Brittany to Britain. During the 19th Century the region had become a popular holiday destination for travellers who flocked to smart hotels in resorts such as Dinard and La Baule.

In the 1970s, when pre-erected camp sites and static caravans holidays were all the rage, it was Brittany that attracted most visitors; it was in France but it looked reassuringly like Cornwall but with better food and cheaper cider (the plunging pound has made the cider more expensive but the food is still good).

Brittany Ferries was created to help French farmers find a UK market for their food (mainly cauliflowers but also onions) but it is with holidaymakers that the company has extended its reach to Normandy and Spain.

The coast of northern France is a twisting promontory that stretches from Le Havre, through Cherbourg and the Brittany peninsula before heading south towards St Nazaire, in the western Loire. It is said to host more sweeping sandy beaches and hidden golden coves than any other region in Europe, possibly the world. Here’s my at-a-glance guide. 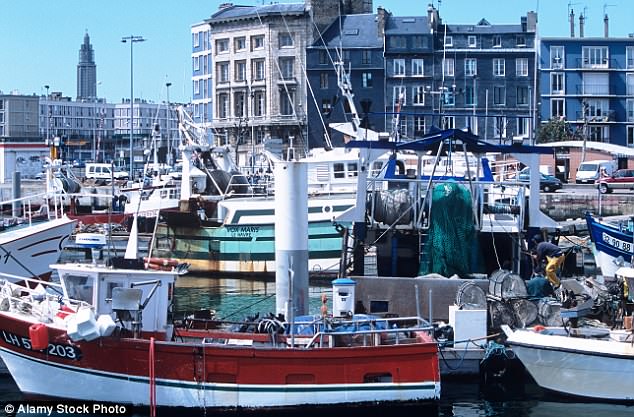 Le Havre is a Unesco heritage site thanks to its Auguste Perret-inspired resurrection and attractions such as the Museum of Modern Art (MuMA), the Volcan cultural centre and Art Deco-inspired Les Bains des Docks.

But less well known is its fabulous sandy beach. Tucked away almost out of sight when approaching the busy commercial port, it presents views that once inspired Monet and now hosts the best in street food and culture. Young hipsters and the young at heart can be found frequenting its pop-up restaurants, bars and temporary exhibitions.

Stretching from Ouistreham in the east, where British soldiers landed on Sword beach, to Omaha on the Cherbourg peninsula, where thousands of GIs gave their lives, the D-Day beaches are a living memorial to the sacrifice of thousands. Emotive and expansive, today they present a haven of tranquillity.

You can walk for miles in the evening sun without ever meeting another person, reflecting on how much we owe to so many men. Why drive hundreds of miles to the Cote d’Azure when Brittany’s fabulous beaches are right on our doorstep?

St Malo’s golden sands start a stone’s throw from the ferry terminal and stretch for miles beyond the famous walled city. Teenagers will love the Plage de Bon Secours, accessed through the old town.

Ten minutes from Roscoff, this beach boasts a mile-long arc of white sand and is beloved by sand-yachters, surfers, kite surfers and wave jumpers. It features a popular campsite behind the dunes and is one of the many beaches where wetsuits and boogie boards are as common as beach towels.

Locals christened it Plage de Raguenez Tahiti Beach thanks to its similarity to sands and sea in more exotic climes. Its white sand and azure waters have established it as one of the most popular honeymoon spots for French newlyweds.

Brittany Ferries (brittanyferries.com, 0330 159 7000) offers two direct routes from the UK to Brittany: from Portsmouth to St Malo, and from Plymouth to Roscoff.

Prices start from £129 each way for a car and two passengers. It can also arrange holidays, with prices starting at £419 for a family of four for seven nights self-catering including ferry crossings.