Hurghada is one of the main resorts that has benefited from the ban on flights to Sharm, but there are other Red Sea resorts which also offer cheap holiday deals. 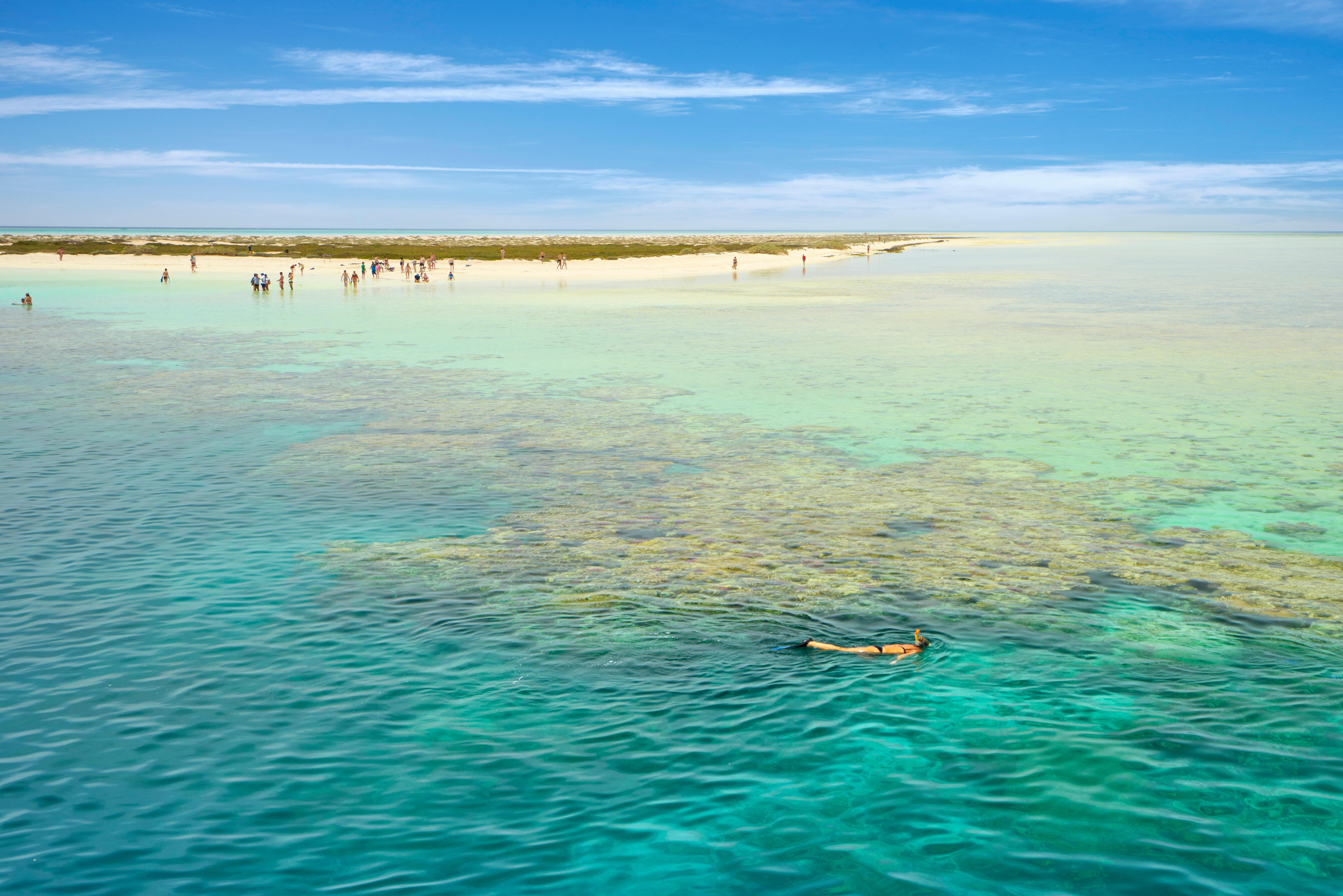 There’s been a 100 per cent increase in bookings this summer as tourists choose Egypt over destinations like Spain and Greece.

We’ve rounded up some of the best deals from other resorts nearby – as there are many bargains to be had this summer.

You’ll find snorkelling, sandy beaches, restaurants and bars to hand and it’s a destination for the whole family.

While Dahab is the place to head for diving, Hurghada is where you'll want to be for a busy, buzzing day and nightlife, and if you want a quiet, chilled holiday then head to Makadi Bay. 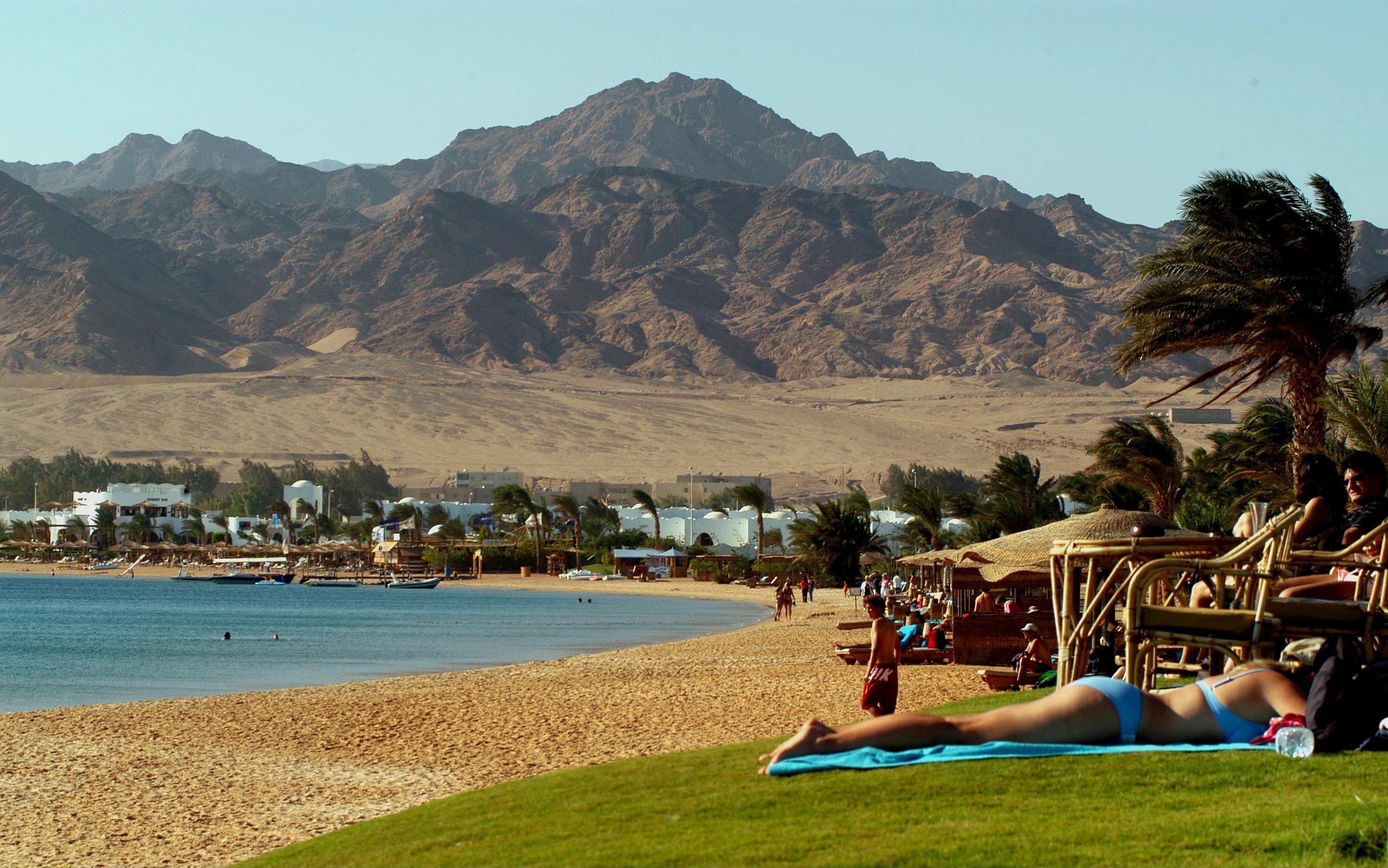 Dahab is around 50 miles from Sharm El Sheikh and is one of the Red Sea's best destinations for diving as well as windsurfing.

A former fishing village, Dahab is now a relaxed and budget-friendly place to hang out.

You can easily  head on camel rides, which are just an hour away in the Sinai desert.

In terms of diving, the best spots are at the The Lighthouse and the Eel Gardens.

The main boardwalk has everything that you'll need from local crafts to snorkelling equipment and clothes.

Booking.com has seven nights at the Tropitel Dahab Oasis based on two sharing a room with breakfast and dinner included in June from £215pp.

Or stay at the Ganet Sinai Resort for seven nights based on two people sharing a standard double room with a pool view with breakfast and dinner included from £266pp. After the flight ban on Sharm El Sheikh, Hurghada became one of Egypt's most popular resorts, and we can see why.

Another former fishing village, it's now the largest resort on the Red Sea.

The beach city is thriving and packed full of things to do such as snorkelling and, kite surfing and the water slides at Makadi Water World.

There are lots of nearby boat trips you can do, too, such as nearby Giftun Island which has white sand and pure blue waters.

It's also just a day trip to see the pyramids at Cairo or to take a trip down the Nile.

Stay at the Royal Star Empire Resort for seven nights in a double room, all inclusive in July based on two sharing for £239pp.

Or stay at the Sindbad Aqua Resort for seven nights in a double room with a balcony, all inclusive in June based on two sharing and including flights from Gatwick for £486pp. 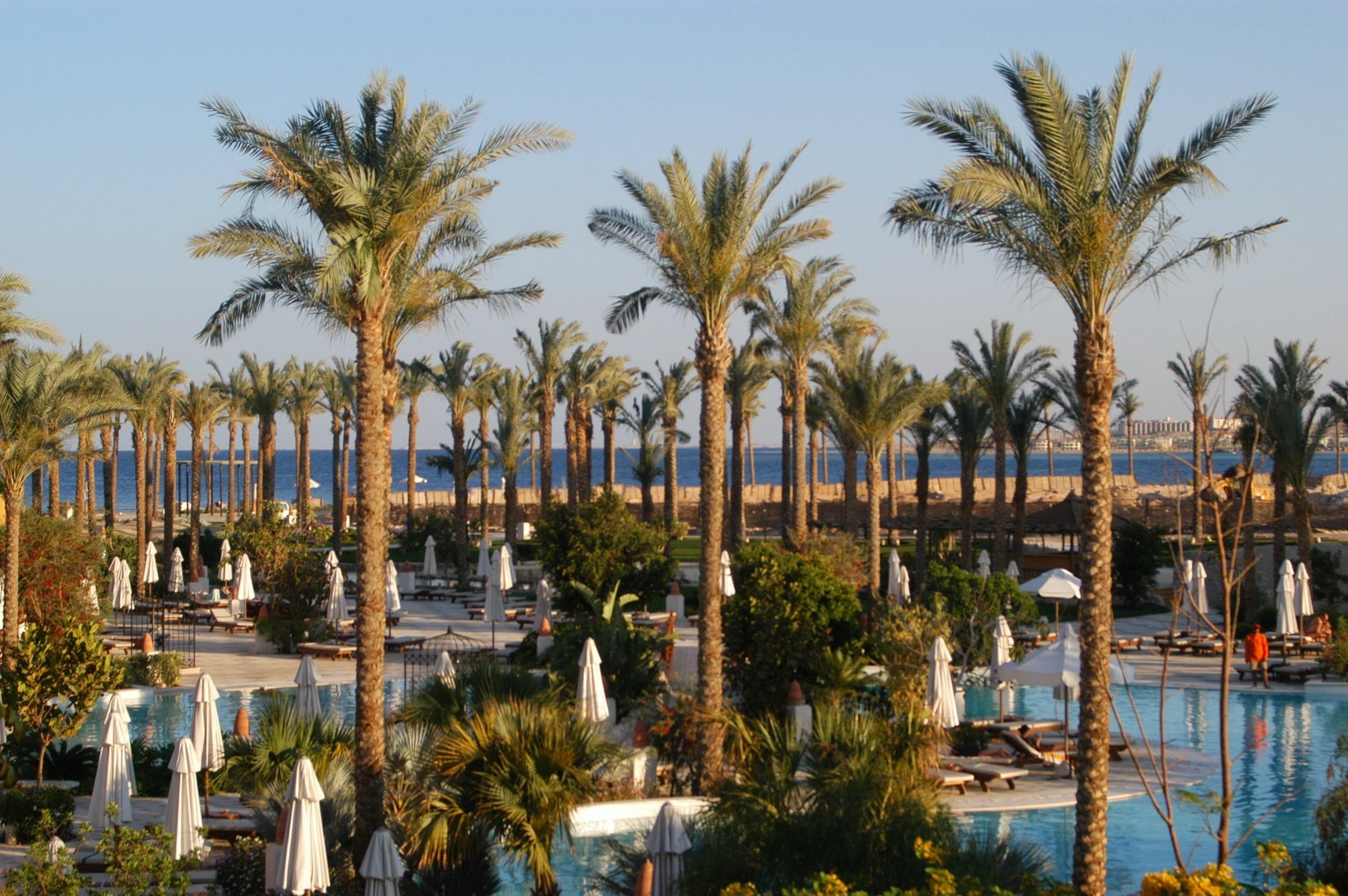 Around 18 miles away from Hurghada, you'll find Makadi Bay – a quieter option than its busy rival on the Red Sea Riviera.

If you want nightlife then Hurghada may be more your thing, as Makadi Bay quietens down after dark.

Makadi Bay's beach is an unusual horseshoe shape and is great for water activities like jet skiing, paragliding and snorkelling.

There's an 18-hole gold course and a large choice of all inclusive hotels.

If shopping is your thing then you'll love the bazaar at the heart of the town for traditional Egyptian gifts.

Stay at the Stella di Mare Makadi Gardens Resort and Spa all-inclusive in a double room based on two sharing for £375pp in June. 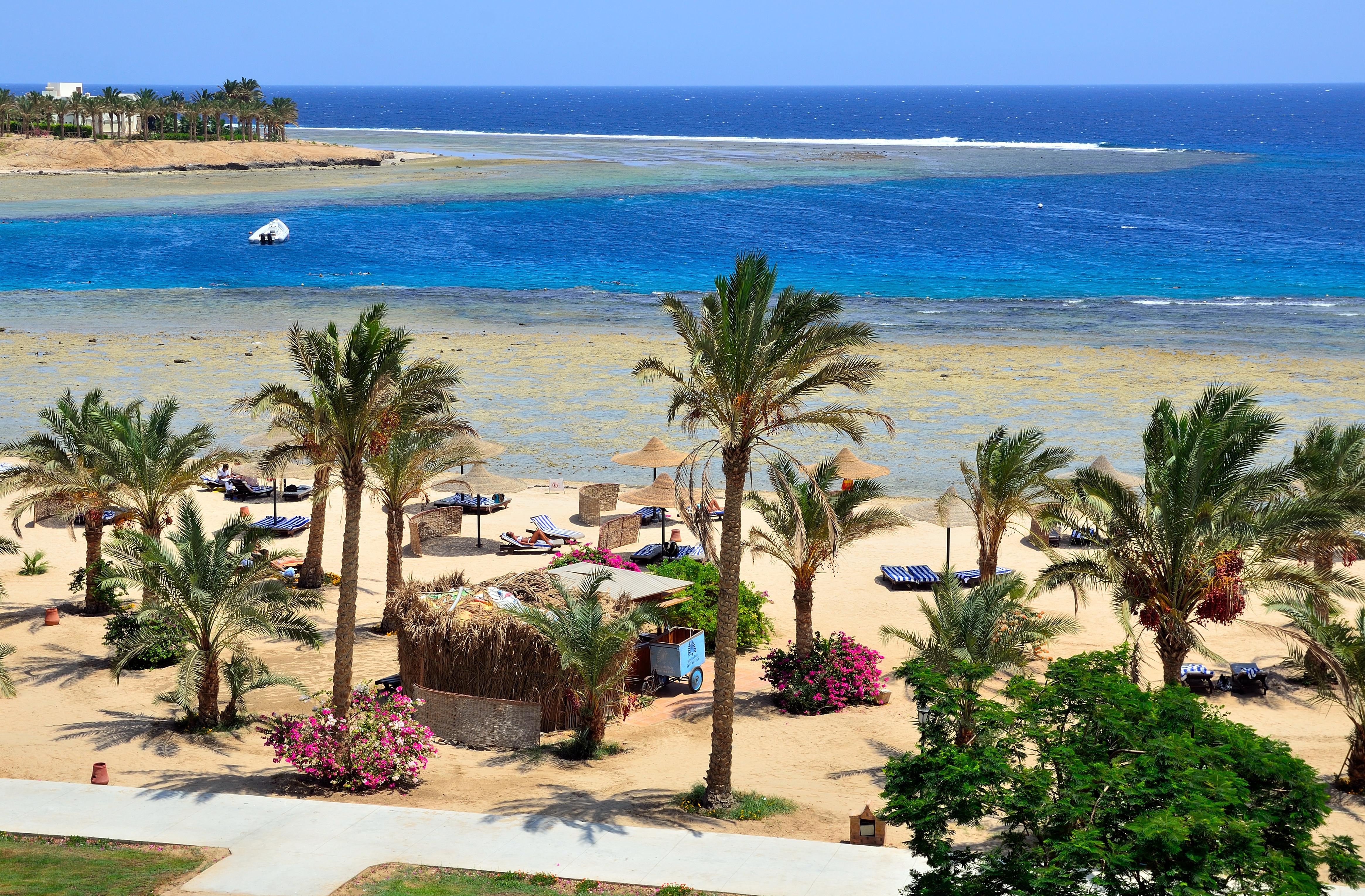 Marsa Alam became more popular when it gained its own airport in 2003 and is now a rival to the likes of Hurghada in popularity.

If you head to Abu Dabab beach then you are likely to see a turtle, which populate the region – and you might also see one if you go diving.

The beaches are sandy and golden with crystal-clear waters and palm trees at all turns.

And there are several must-visit water parks in the area, including Aqua Coraya which has 13 different slides, with free entry.

If you want to get away for the day then take a trip to Luxor and visit the Karnak Temple and the Valley of the Kings, which is where Tuttenkhamun's final resting place is.

Stay at the Aurora Bay Resort Marsa Alam for seven nights in a superior double room all inclusive for £331 in June.

Or stay at the Moon Resort Marsa Alam for seven nights in a deluxe double with sea view including breakfast for £132pp in June. 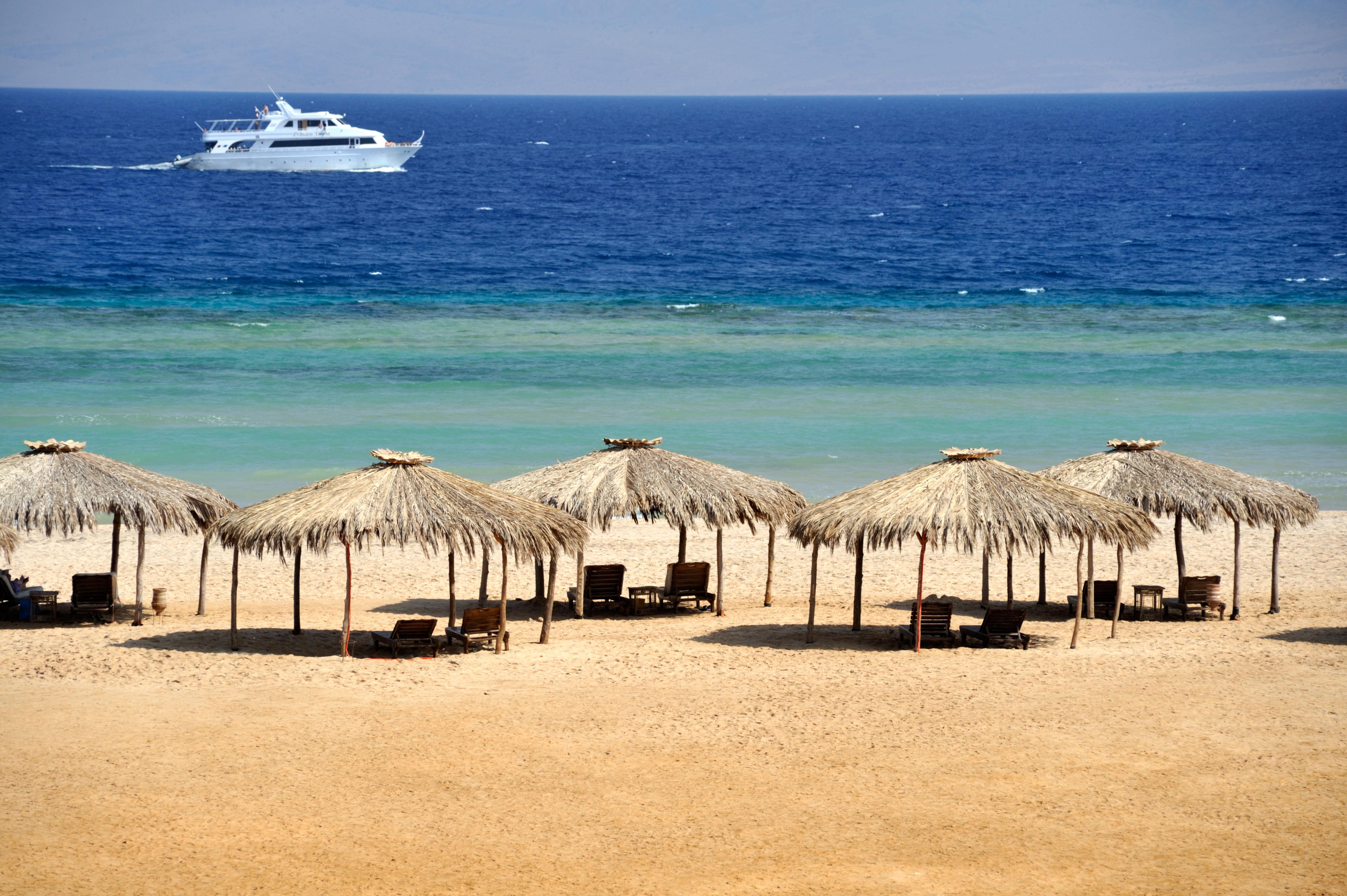 The coastal town of Nuweiba is just 743 miles from the Israeli border and has regular ferry crossings into Jordan.

Nuweiba is a quiet and peaceful resort and is popular with those in the know, who visit year after year.

While Nuweiba is quiet itself, there's lots to do nearby such as snorkelling and diving.

You can also visit nearby St Catherine's village, a town in the Sinai mountains with its own monastry.

The town has its own castle which dates back to 1893 (but actually built on top of a much larger castle) and is a proposed UNESCO world heritage site.

Stay at the Helnan Nuweiba Bay Resort for seven nights in a standard room with a sea view and breakfast included for £148pp in June.

Or stay at the Coral Resort Nuweiba for seven nights in standard double room with breakfast and dinner included for £267pp in June. 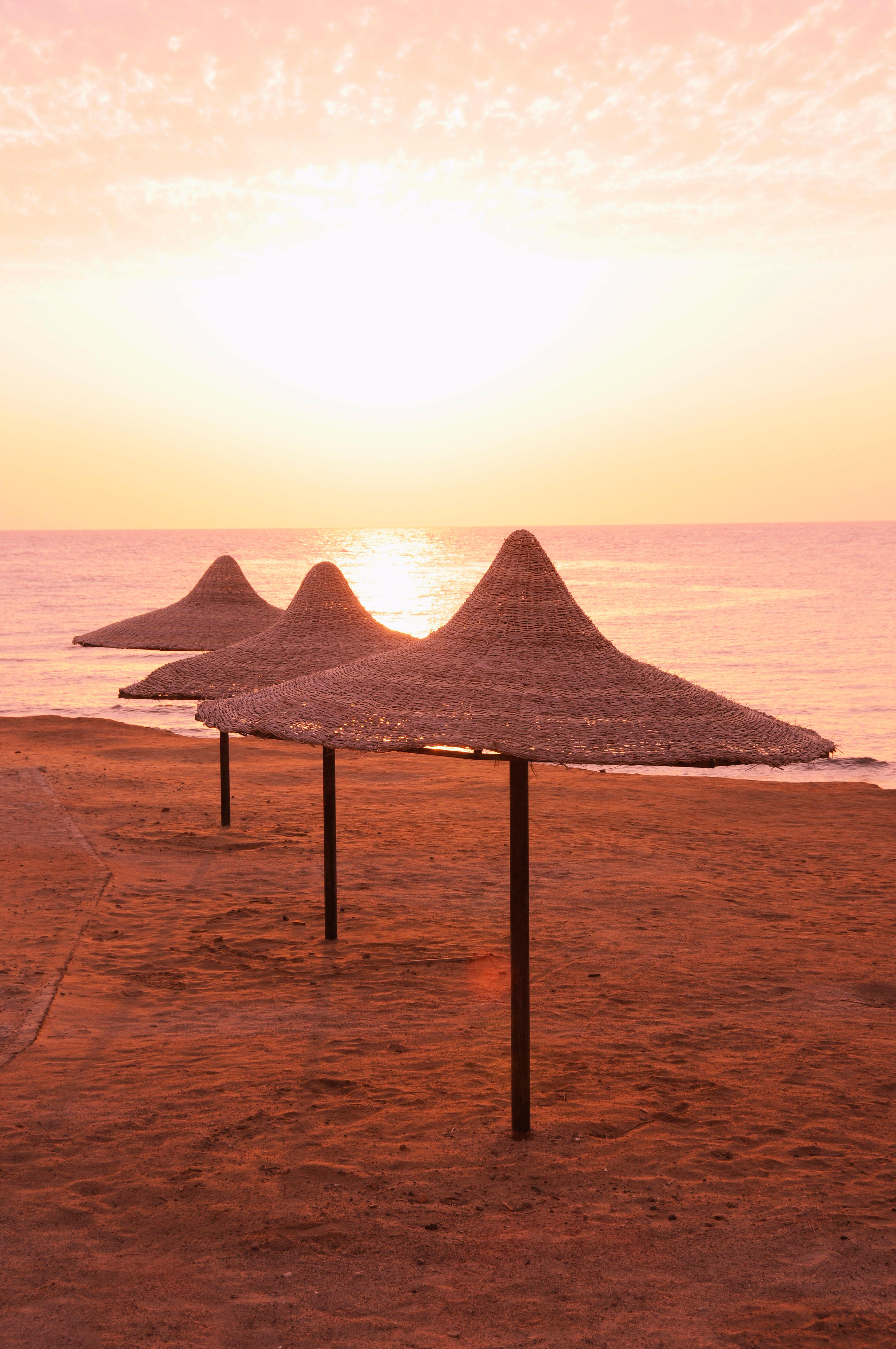 As with all Red Sea resorts, there's are great opportunities for diving in its turquoise waters where you can check out the coral reefs.

The town itself has a wide sandy bay and is close by to several islands which you might want to take a boat out to for the day, such as Utopia.

Other day trips include taking a speed boat to the Fire Wall or to the ferry wreck of Arish El Tor.

The nearby Mons Claudianus ruins are the remains of ancient Roman settlement and date back to 68AD.

Stay at the Lotus Bay Resort for seven nights staying in a double room with sea view all inclusive for £326pp in June.

Or stay at the Shams Safaga Resort for seven nights staying in a standard double room all inclusive for £324pp in June.

Sun Online Travel previously revealed the best cheap places to stay if you're head to Tenerife.