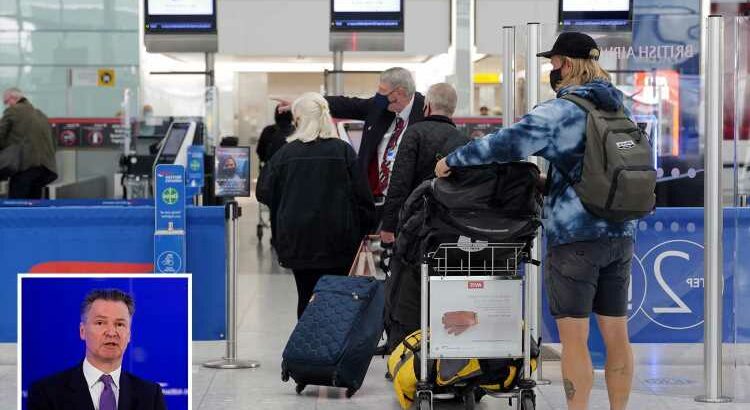 HOLIDAYMAKERS will be hammered by soaring prices if the next green list countries are not revealed soon, says Heathrow boss.

The UK could be "left behind" with Spain, France, Italy, mainland Greece and even the US unlikely to be green-listed until the end of June, says Heathrow CEO, John Holland-Kaye.

He adds that they are "coming into the green zone" with low Covid infection rates but it looks like we won't know when in time to book for school holidays.

Mr Holland-Kaye said he believed Spain and its islands should be included for June 7, as well as the US, a £4 billion-a-year inward investment market for the UK.

He told The Telegraph: "I fear the government is going to drag its feet on Spain. I think that will be a mistake and the reason for that is that very few people are flying in spite of all the hype we see. 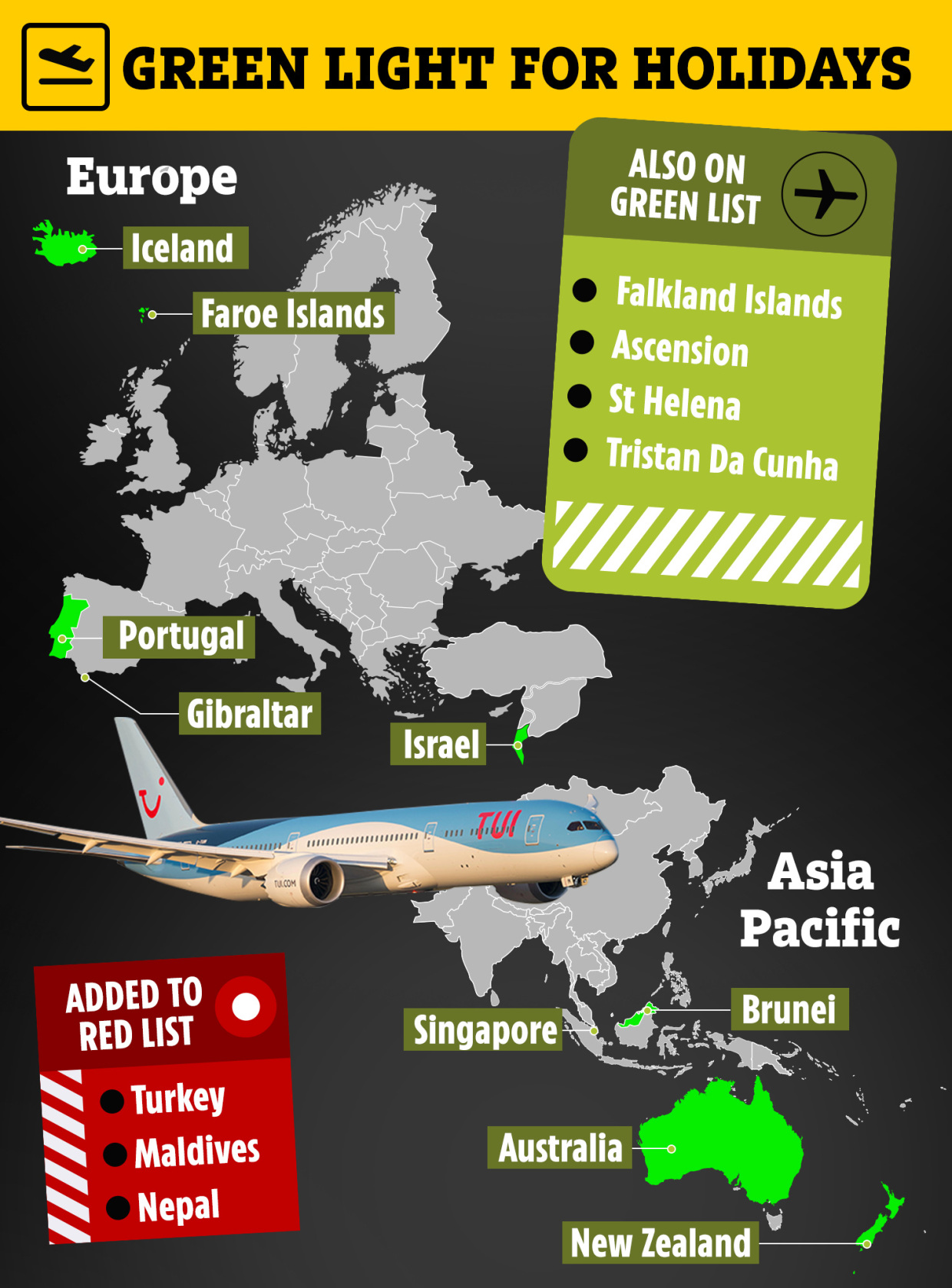 He explained that if ministers don't signal the safe countries in time for July holidays, airlines and tour operators would be forced to scale back their summer schedules, leaving holidaymakers with low availability and surging prices.

Just 12 destinations are on the current green list, with Portugal, Gibraltar and Iceland the only viable holiday destinations. 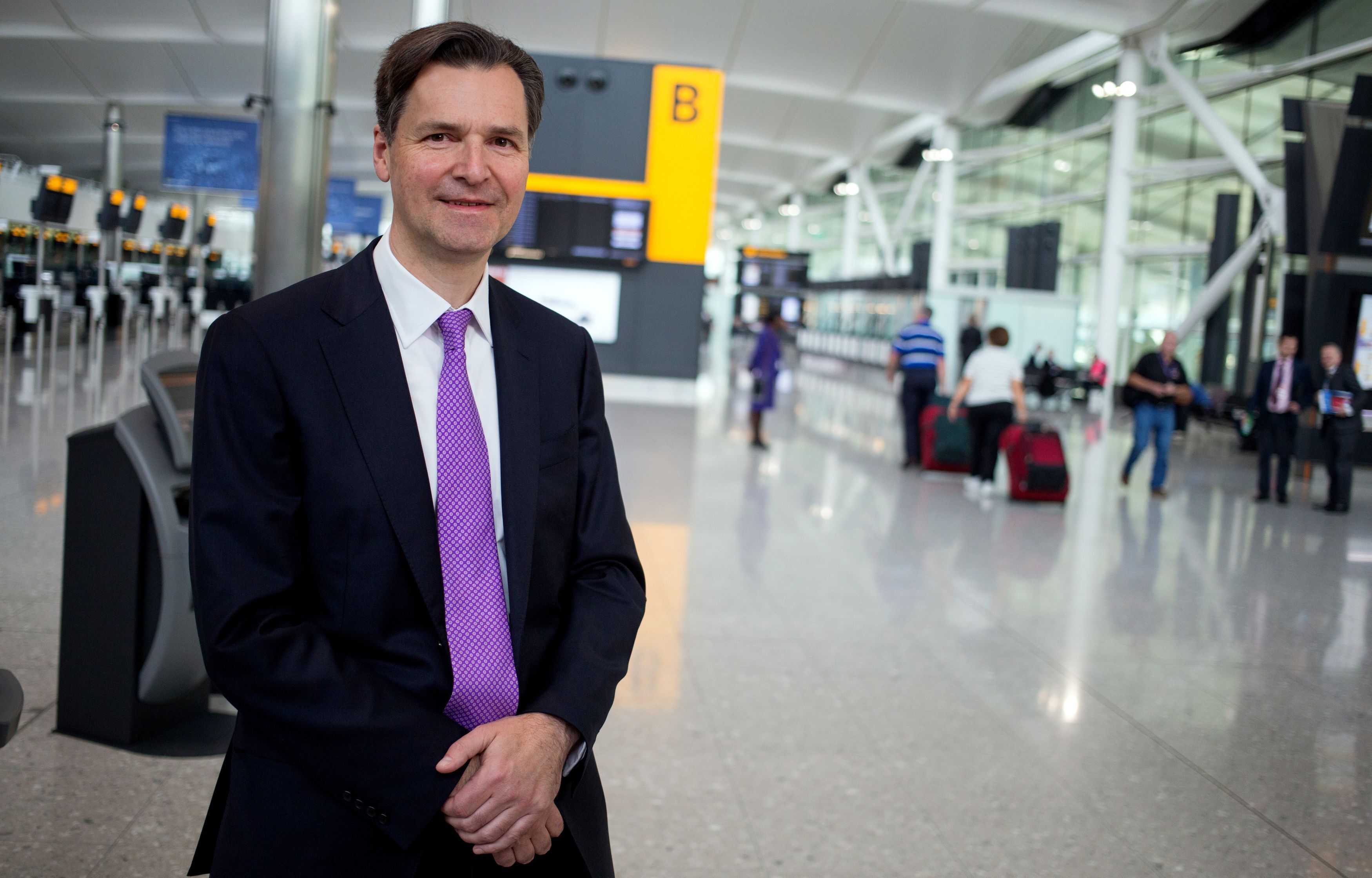 Malta, Finland, the Balearic and Canary islands and a clutch of Greek islands are thought to be contenders when the list is expanded on June 7.

"I fear the Government is going to drag its feet on Spain. I think that will be a mistake and the reason for that is that very few people are flying in spite of all the hype we see," Mr Holland-Kaye said.

"If we don't put Spain on the list soon, then people will face a dilemma. Do I not go on holiday at all and face another rainy summer in the UK? Or do I break the rules and go to an amber country against guidance? People don't want to break the rules.

"That would be a mistake by the government to put people in that position when the risks for Spain for July when people are going on holiday will be very low.

"The government ought to be doing them a service by giving them early enough warning that they can go to Spain in July by allowing them to book now while there is still plenty of choice and so they can plan.

"If they leave it until the end of June, it is too late. Not only will people have had to make other decisions but the airlines will have cut capacity so prices will be high and availability will be low.

"I am not joking when I say it will be Germans lying on the sun loungers because they have opened up to Spain and will be left without anywhere to go." 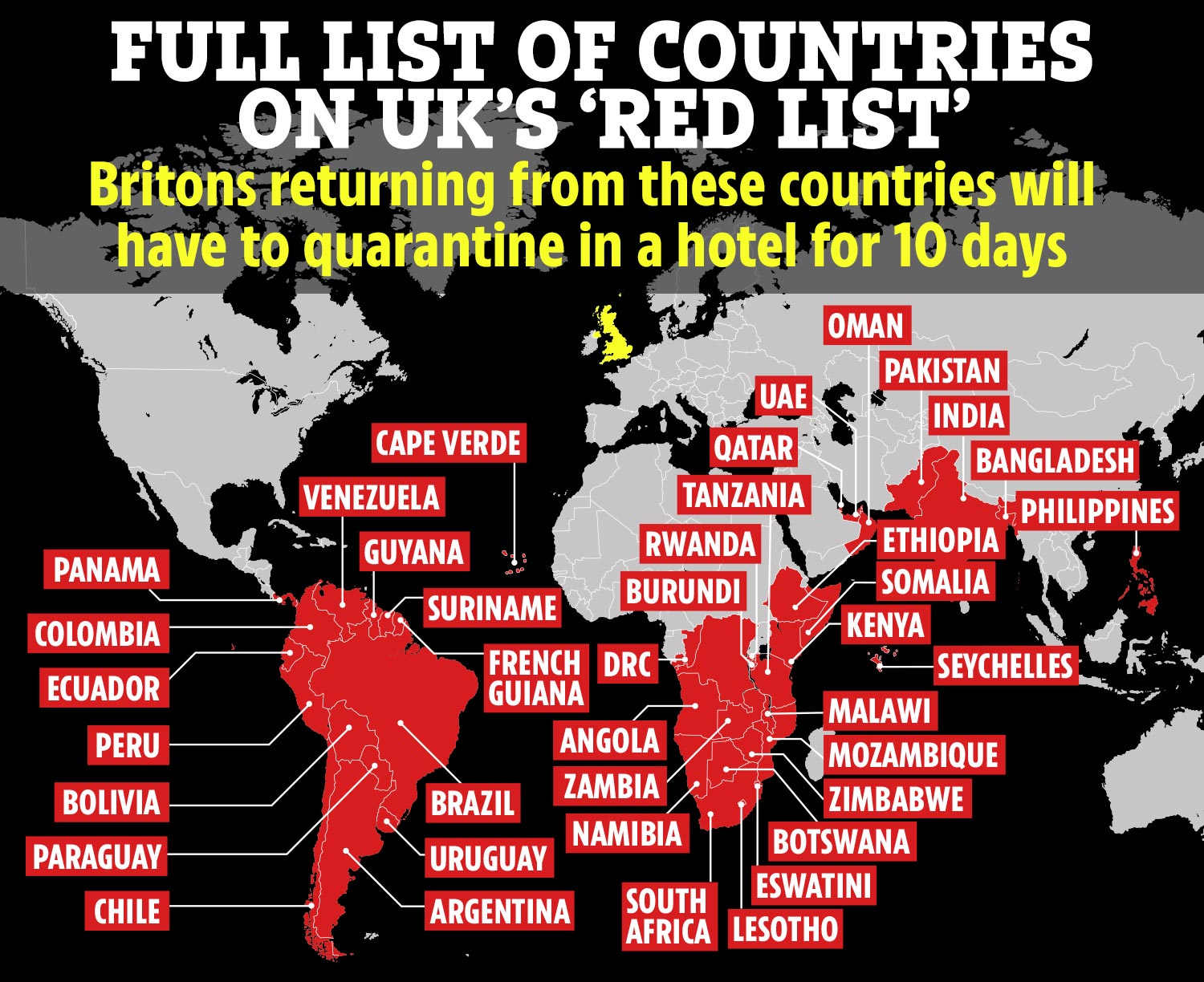 Mr Holland-Kaye also warned that France and other European rivals would capitalise on opening vital air and trade routes to the US before the UK if the government did not put the US on the green list next week.

"The EU is opening up already to the US. We risk being left behind," he said.

Mr Holland-Kaye was optimistic that increased automation by Border Force would be able to cope with the increase in passengers and predicted that most European destinations and the US would be open by the summer "based on where they are heading in terms of the epidemiology".