PLANE passengers have spotted everything from baby kangaroos to a pig on flights, but one of the weirdest is perhaps the miniature horse.

But while the animals can be used a service animals, the public are divided as to whether they should be on board planes. 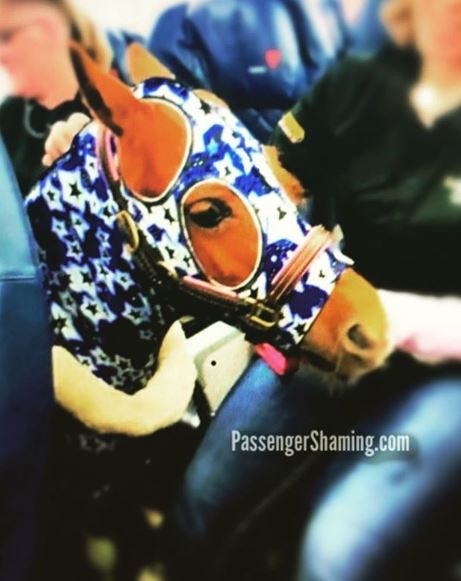 One of these horses was recently spotted on a flight and a photo of the mammal was posted to the popular Instagram account Passenger Shaming.

In the caption, the account explained that the horses are a "legitimate, highly trained service animal" and that it could be used by those who are blind for example.

It added that it was "not an emotional support animal".

But despite explaining why the horses can be helpful to travellers in need, the public were divided.

One person wrote: "Yes, but if you need to have a miniature horse by your side in order to fly on a commercial airline, perhaps another mode of travel will better suit you – not to mention the rest of the community of people your needs impact."

Another said: "This "support animal" thing is truly getting out of hand. What happened to dogs and cats???? I'll be dammed if I am going to pay the prices they're now charging to fly only to be sitting next to a freaking pony!!!! Mind you, I love horses but enough enough."

But others were supportive.

One person confirmed: "Miniature horses and dogs are the two types of animals protected under the Americans with Disabilities Act."

Another added: "I'd be completely overjoyed if a pony was near me on a flight!!!!! Who doesn't love the neigh, neighs?!"

But it's in fact not the first time that miniature horses have been spotted on a flight.

Earlier this year, one was spotted on board an American Airlines flight. 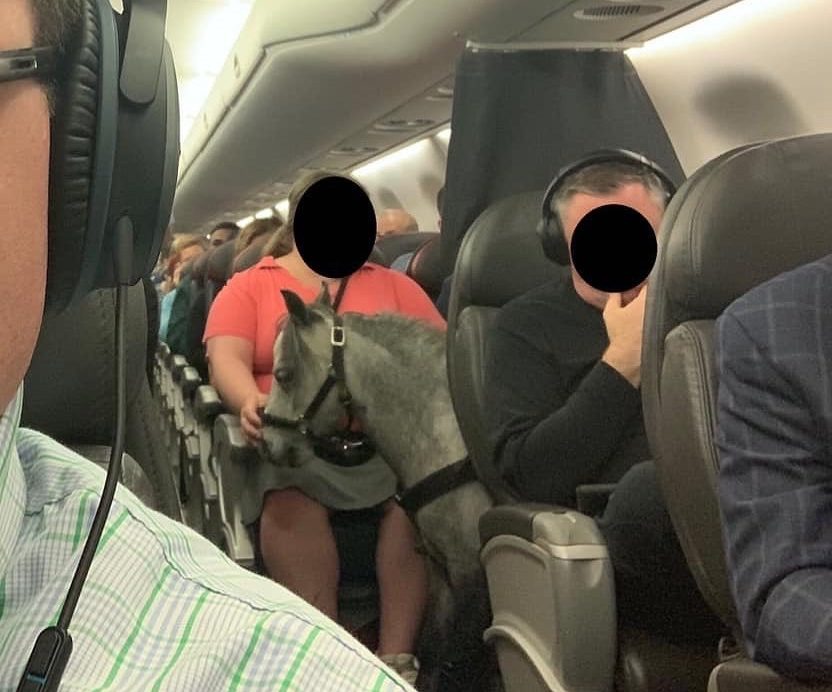 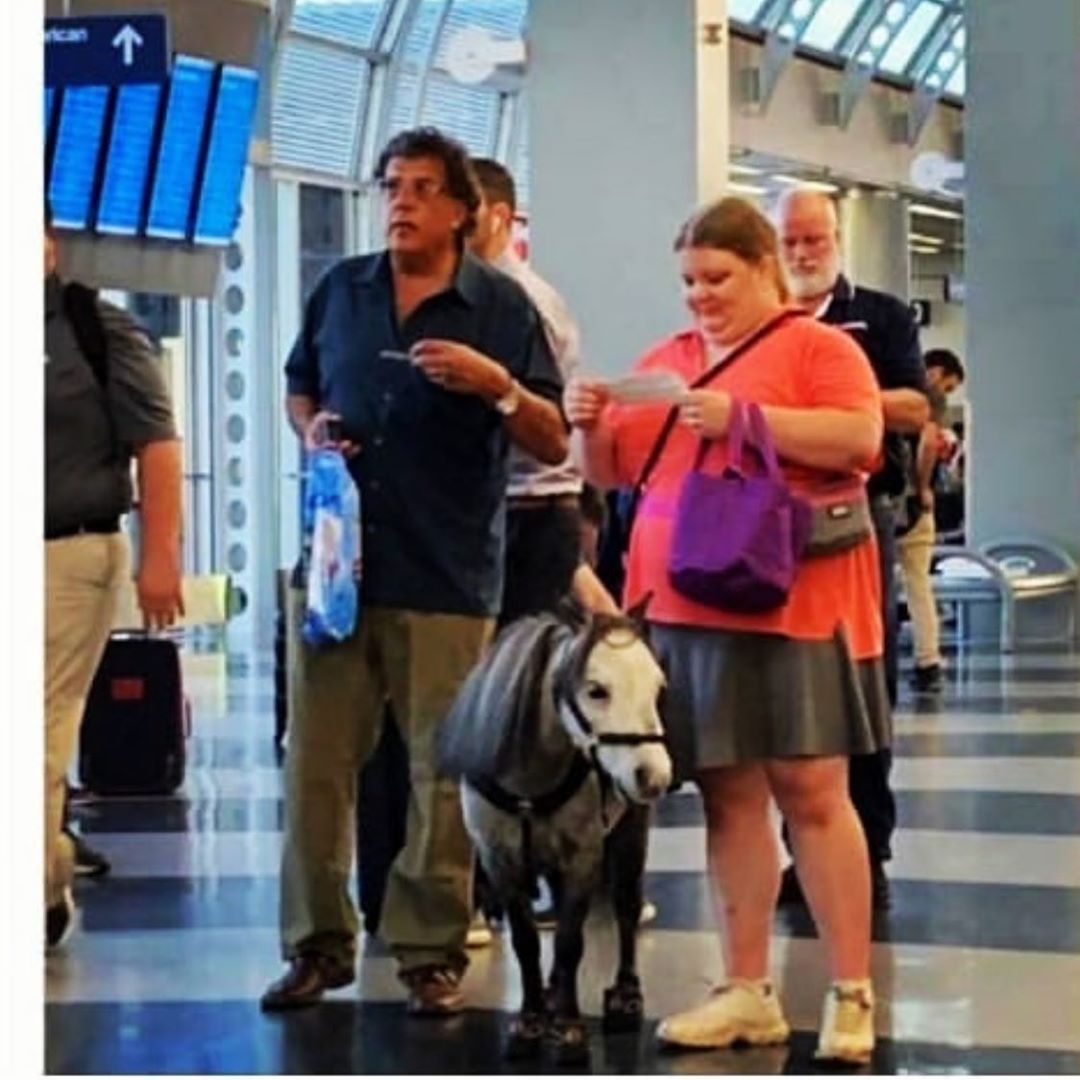 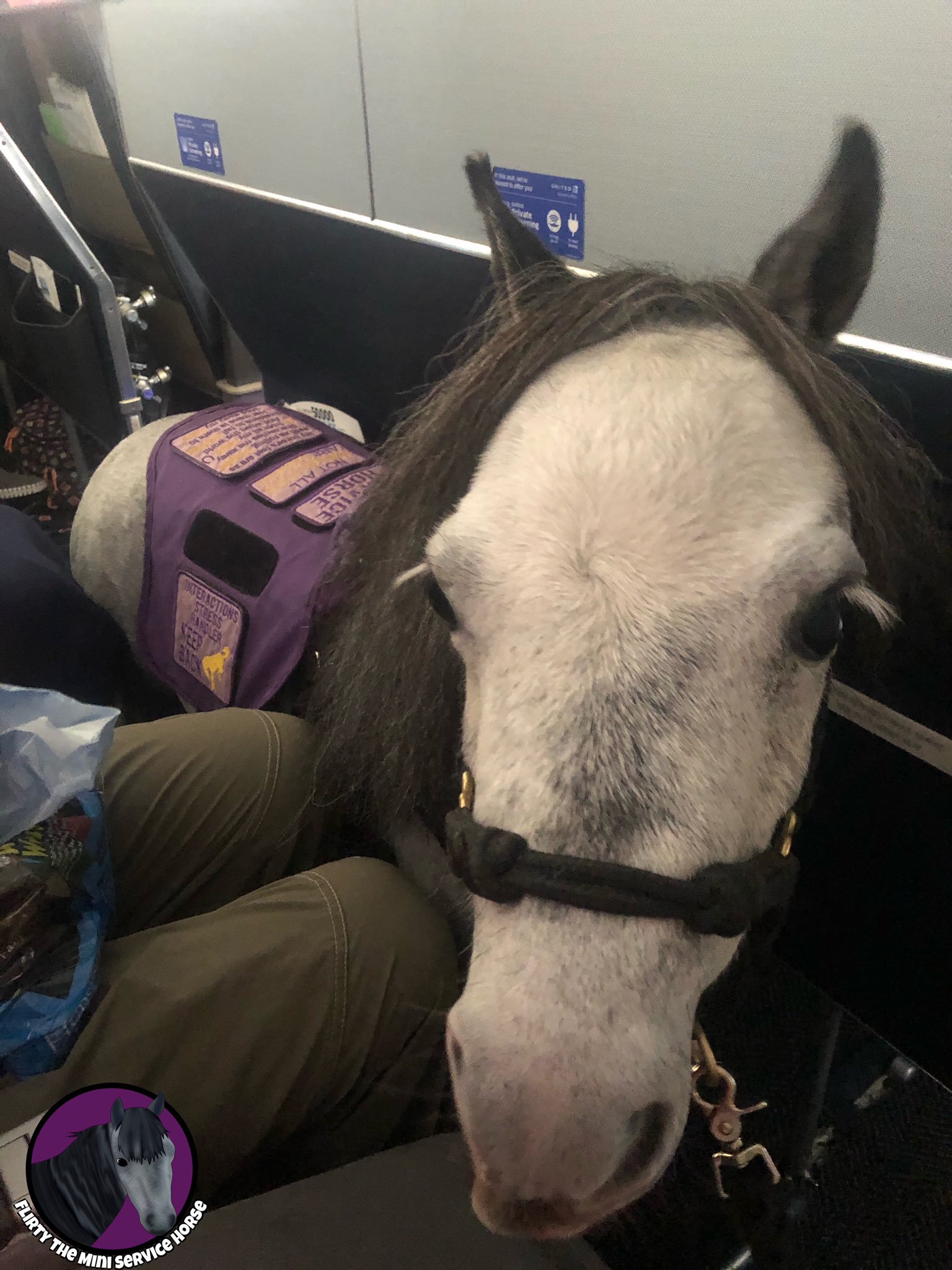 What is a service animal?

According to the Americans with Disabilities Act (ADA), a service animal is classed as one which is "individually trained to do work or perform tasks for the benefit of an individual with a disability, including a physical, sensory, psychiatric, intellectual, or other mental disability".

This is not the same as an emotional support animals which are not trained for any specific tasks.

Instead the job of emotional support animal is to be present for their owner’s wellbeing, especially to help with anxiety or depression.

According to the American Airlines website, trained miniature horses are permitted on flights as service animals.

In mid-August, the US Department of Transportation announced that miniature horses still were allowed to fly as service animals in all cabins of commercial planes, in a statement aiming to define the guidelines regarding protections for emotional support and psychiatric service cats, dogs and the tiny equines.