Tammy Barbie’s first family trip since the onset of the pandemic began with a strategic error.

Rushing to get to the Minneapolis-St. Paul airport for a flight to Puerto Vallarta, Mexico, the former flight attendant didn’t have time to pack food for herself, her mother, her husband and their three daughters. Certainly they could purchase something, she assumed, to ward away anyone’s hunger pains. But the family found next to nothing open at the airport, and on board, only meager bags of bottled water, almonds and cookies were doled out for the roughly four-hour journey. The hungry 7 year old, Ms. Barbie’s youngest daughter, had a meltdown.

“I understand that the less you have to eat and drink, the less you’re going to take off your mask,” said Ms. Barbie, 48, from St. Paul. “There’s the long flight, then you’ve got to clear customs and travel to the hotel, and my little one was really starving, having a hard time. I should have known better.”

Lesson learned. Ms. Barbie made sure everyone was fed before the family got on their return flight back to Minnesota.

Travel is picking up, no doubt. But we are navigating a new world where planning for the unpredictable, more than ever, is part of the itinerary. Quandaries are prompting travelers to make adjustments, from being over-packed with snacks to paying bribes, and to dive deep into the dual reservoirs of patience and flexibility. Travel agents, hotels and other industry operators, building on what worked last year and recalling what failed, have also become wiser to coronavirus-induced obstacles and opportunities, prioritizing outdoor activities, coping with reduced capacity and promoting alternative, less congested retreats.

We asked readers to tell us about the spots that have delighted, inspired and comforted them in a dark year. Here, 52 of the more than 2,000 suggestions we received, to remind us that the world still awaits.

Even for seasoned travelers, this year will be a test run. The goal posts keep moving.

Nico de Soto, 42, a French bartender and bar owner, is no sightseeing novice, having visited 98 countries. In Tanzania, in February, he found himself next to people yelling in protest at a coronavirus testing site near the Zanzibar airport. Certain travelers, Mr. de Soto included, were not going to be allowed out of Tanzania for a few days, it seemed: They had been told they tested positive.

Mr. de Soto stayed calm even though he was convinced his result was fake and what was happening was a shakedown: Four months earlier he had recovered from Covid-19 and one month before his trip, blood work showed he was rich with antibodies. But he realized no amount of arguing would work. 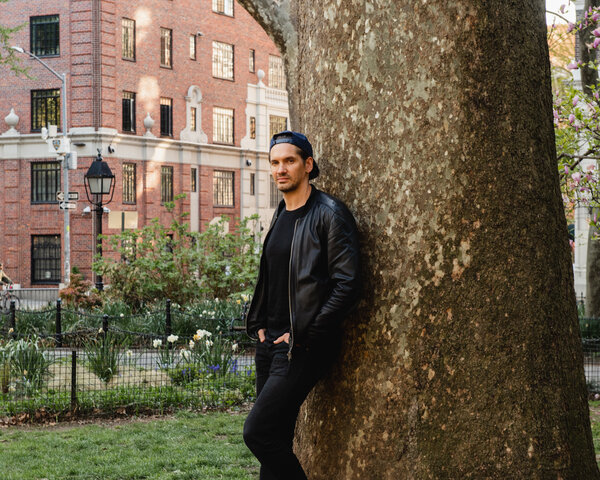 “When you travel to different countries, you have to play by all the rules and regulations,” said Mr. de Soto, who is based in Dubai. He tacked on three more nights to his 10-day vacation since the United Arab Emirates would not allow him back into the country without a negative test result.

On his 14th day, when he again tried to leave Tanzania, he was told he still tested positive. That is, unless he handed over $80. Mr. de Soto’s driver spoke up, saying he had overheard the same man charge a Russian $50. A deal for $50 was struck and Mr. de Soto got his negative result.

Aside from carrying spare cash, Mr. de Soto had another takeaway from traveling during a pandemic: “You need to be very flexible.”

Do the windows open?

Wendy Perrin, who runs a travel-advice website, WendyPerrin.com, has made five round-trip drives during the pandemic from her home in New Jersey to Georgia, to help care for a relative in Atlanta who was in hospice. On the first trip last June, she stopped for gas and shopped in an attached convenience store, an experience that traumatized her.

“Many of the people inside were not wearing masks even though it was posted on the door,” said Ms. Perrin, who is scrupulous about wearing one. “People from all over are walking around, breathing on the bin of doughnuts, everybody touching the coffee pot.”

From then on, Ms. Perrin would look for restrooms in breezy welcome centers at state lines and eat at outdoor restaurants or drive-throughs. And that didn’t mean being stuck with fast food. She searched online for award-winning cafes and barbecue joints, ordering takeout about 20 minutes in advance so it would be ready to grab.

Ms. Perrin’s husband and two sons sometimes accompanied her, and she researched lodgings with free-standing cabins and external entrances, not communal lobbies where unventilated air could be shared. She found that the windows at chain hotels were often sealed, so she preferred historic inns where the windows open and breakfast might be served in an outdoor garden. Stevenson Ridge, in Spotsylvania, Va., fit the bill, featuring private cottages from the 18th and 19th century that are spread across the wooded property.

“One of the questions I’d ask is ‘Was somebody in that room last night?’” Ms. Perrin said. “I want as little of somebody else’s air as possible.” Just in case, she’d leave the door open for a few minutes to air it out. Now vaccinated, she nevertheless continues to try her best to stay out of convenience stores attached to gas stations, calling them “the scariest places on the highway.”

The practices might continue forever, said Joe Bartolomei, the inn’s co-owner. State mandates closed nonessential hotels for months in 2020 and early 2021, so he is listening to feedback as business rebounds.

“A great lesson for us has been all about adaptability,” Mr. Bartolomei said. “I didn’t want to strip away amenities so I had to figure out a way to keep them available.” S’mores around the fire pit at night remain a tradition, for instance, but instead of ingredients in glass canisters and communal tongs for guests to finger, the graham crackers, chocolate and marshmallows are pre-bagged.

Bumpy, but not impassable, roads ahead

For Americans and American-owned travel businesses, international travel remains tricky. The U.S. Department of State’s website shows a discouraging picture of advisories from country to country, predominantly “Level 4: Do Not Travel.” However, the president of the European Commission, Ursula von der Leyen, recently said that Americans who have received E.U.-approved vaccines will be allowed in its 27 member states this summer.

The paroxysms of lockdowns and other tightened restrictions around the world presented obstacles to All Roads North, a Venice, Calif.-based travel business specializing in custom-designed road trips. The company has detoured from a fairly even split between planning international and domestic routes for their clients to almost 100-percent domestic.

“We’ve had to change the way we operate in a number of different ways,” said Sam Highley, the company’s founder. “People want to avoid major cities and hotels with long corridors, make fewer stops, see the layout for dining at hotels that might impact their ability to social distance, stay in stand-alone cabins, cottages, ranches or private homes out in nature.”

Yellowstone and the Grand Tetons are booked for the summer, Mr. Highley said, so he is steering people toward less obvious places in Idaho and the Pacific Northwest. The local guides he partners with have also learned to adjust. Naturalists will meet clients at the trailhead rather than riding together in a vehicle. A fishing guide who used to accompany guests into a shop to get flies and a license now arranges it all in advance to minimize touch points.

Boundless Journeys, a nature-driven travel operator based in Stowe, Vt., shrank group sizes from 16 to 12 and added extra vans, with windows rolled down, to space out passengers. The company has seen more people gravitating toward outdoorsy destinations like Washington State’s San Juan Islands, reached by ferry from Seattle and offering an agenda of hiking, sea kayaking and whale watching.

“What we learned is we want to make sure all of the pieces or enough of the pieces are functioning in place to allow for a great experience,” Matt Holmes, the company’s founder, said. Still, after rescheduling hundreds of clients’ trips last year for this year, he is already seeing people postpone international July trips until the fall, expressing concern about surges in cases around the world and conflicting rules and regulations.

Michael T. Osterholm, an epidemiologist and director of the University of Minnesota’s Center for Infectious Disease Research and Policy, cautioned that the B.1.1.7 variant, first detected in Britain, is shown to be more easily transmissible as well as affecting younger people. For adults who are vaccinated, he said, “If there was ever a time for a great, romantic vacation, this is it. Leave the kids at home.”

Jemica Archer, who owns the travel agency TruBlue Travels, in Jacksonville, Fla., lost almost all of her revenue in 2020 because of canceled destination weddings and honeymoons. On a personal level, she gave up vacations to Spain and Ghana. Ms. Archer is fully vaccinated and leaving soon for the Sun Palace in Cancun, an all-inclusive resort that recently underwent a $40 million overhaul.

“It’s only operating at 60-percent capacity, so I’m going now while it’s quiet. I like it quiet,” she said.

Most of Ms. Archer’s clients are expressing interest in sandy destinations rather than urban. Lately, she has been sending them to Beach House, an all-inclusive, 21-suite resort in Turks and Caicos. Rooms have assigned areas on the beach to curb crowding.

Patience is a quality she has learned to underscore, erring on the side of over-communicating to prepare people for last-minute changes, including curfews, after clients came back from Jamaica disappointed that they couldn’t visit reggae and dance clubs.

“I have to manage their expectations,” Ms. Archer said. “Americans like to rush, but we have to learn to relax.”

And perhaps slow down as people try to get back up to prepandemic speed. Last year, from mid-March to mid-July, Melissa Goodwin, the founder of Girl Gotta Hike, suspended her woman-oriented day hikes and multiday backpacking trips through New York’s Hudson Valley, Catskills and Adirondacks. When the business restarted, she and other participants wrongly assumed they could pick up where they left off. Instead, participants got winded much sooner going uphill, and sometimes Ms. Goodwin had to shoulder their gear. Fostering a sense of encouragement and camaraderie helped.

“After spending so long inside,” Ms. Goodwin said, “we should aim to have patience with ourselves and each other.”