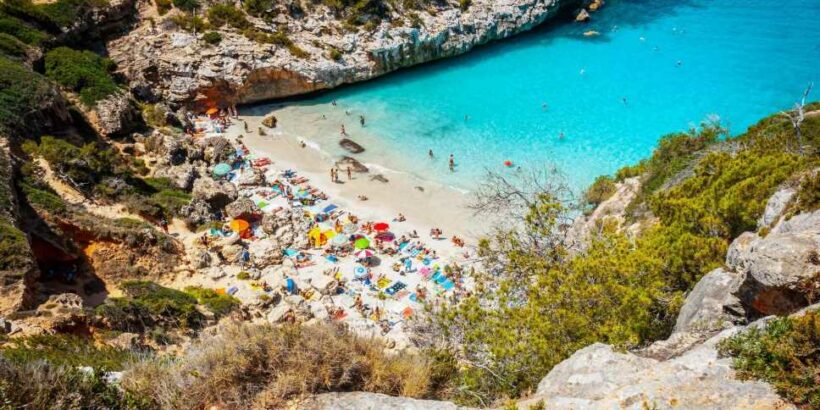 POPULAR Spanish holiday destinations such as Ibiza, Majorca and Menorca could be added to the UK's green list in DAYS.

The potential holiday boost comes as sun-starved Brits are expecting to find out on Thursday if quarantine-free holidays to Spain, Greece and Italy are back on.

Travel bosses have called for Greece, Italy and Spain to be put on the UK’s holiday green list after official figures showed less than one per cent of arrivals test positive.

Ministers are meeting today to decide whether any countries will be added to the current green list, with sun-starved Brits hoping for additions like Spain, Greece and Italy.

The decision is expected to be announced on Thursday

Any changes will be coming no later than June 28.

Official scientists have given the green light to Spain's Balearic Islands, deeming them safe for travel, the Daily Mail reports.

If the ministers agree,Brits will be able travel to Ibiza, Mallorca, Menorca and Formentera without quarantine on return.

Scientists have also approved Malta but was rejected by ministers last month- it is also expected to be added, the outlet reports.

It could be the first addition of mainstream holiday destinations on the list since the removal of Portugal earlier this month.

Meanwhile, Matt Hancock has confirmed the Government is "absolutely working on" plans to end mandatory self-isolation for those who are fully vaccinated.

If the quarantine rules are scrapped, Brits will be able to jet off to their favourite holiday destinations like Spain, Greece or Portugal.

Currently, there are just 11 countries on the UK's green list which allowed quarantine-free travel when returning to the country.

Popular holiday hotspots – such as Spain, Greece and Portugal – remain on the amber list which require a mandatory 10-day quarantine.

Last month, holidaymakers got their hopes up as popular holiday islands were set to be added to England's green list.

Malta, the Balearics and the Greek islands were expected to become quarantine-free but no new countries were added to the list on June 3.

However, the spread of the Covid-19 Delta variant in the UK has forced some countries to introduce varying curbs on those entering from Britain.

Italy is enforcing a mandatory quarantine on all Brits arriving in the country due to the spread of the Delta variant while France will only allow fully vaccinated Brits to enter the country.

Brits have been banned in Germany and Austria but can enter Portugal with just an antigen test.