A TOURIST who jumped up and down on a raised river bank miraculously survived after falling over 20 feet into the water when the ground collapsed beneath him.

His idiotic actions were caught on camera and quickly went viral. 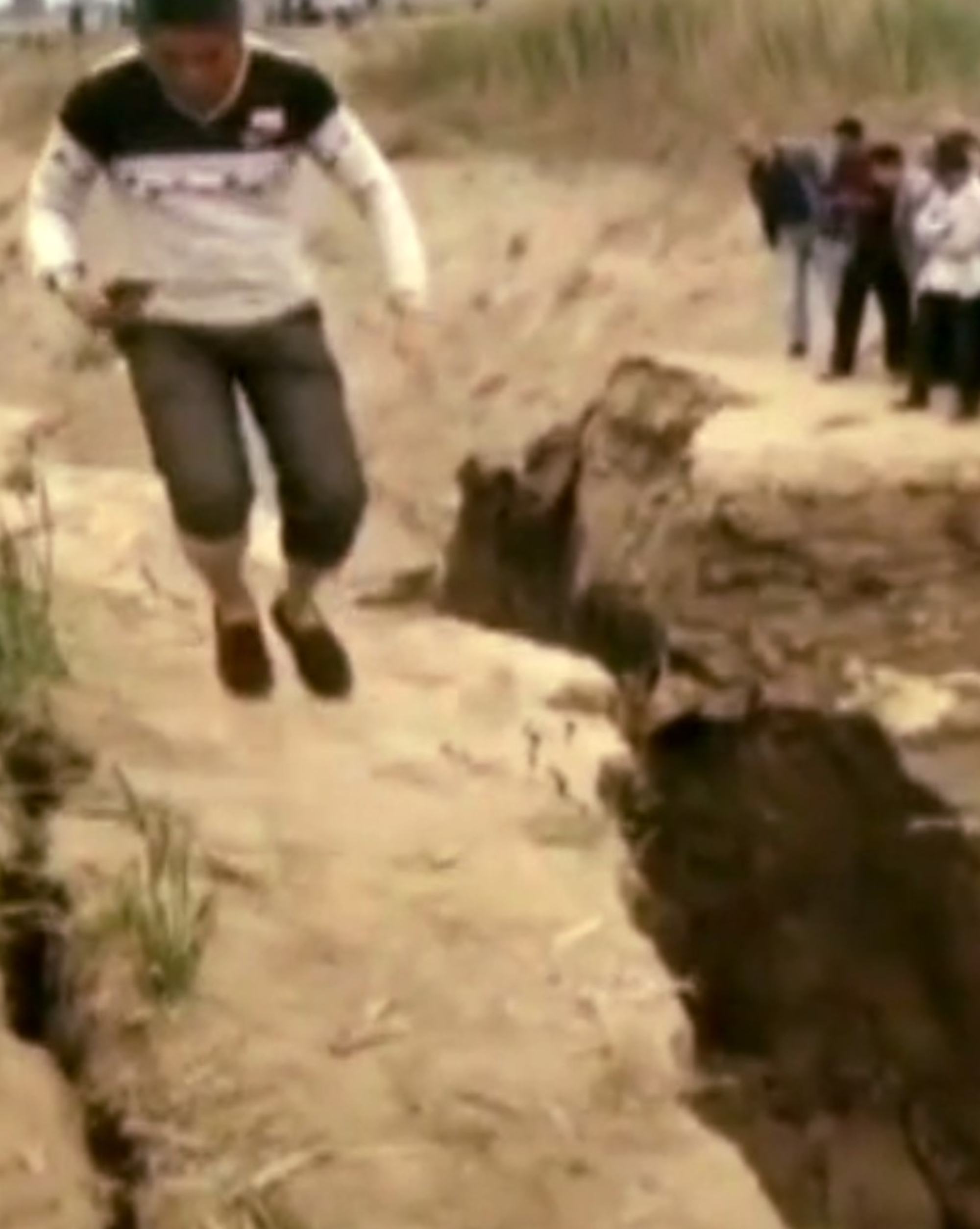 The accident, which fortunately did not prove fatal, was captured by witnesses on the banks of the river Zhulong in Li County in North China's Hebei Province.

They were among several dozen tourists who had gathered to watch the rushing white water from the seasonal discharge of the Wangkuai Reservoir further upstream.

In the video, the tourist can be seen holding his phone in his hand while jumping up and down on the crumbling river bank and grinning at the camera.

As he jumps, the river bank continues to crack and starts crumbling away. 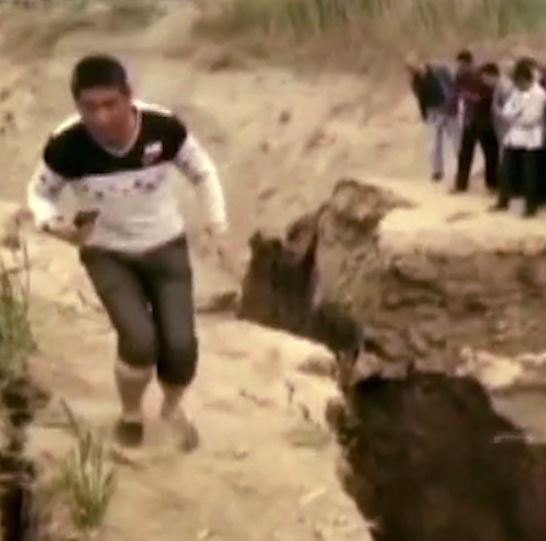 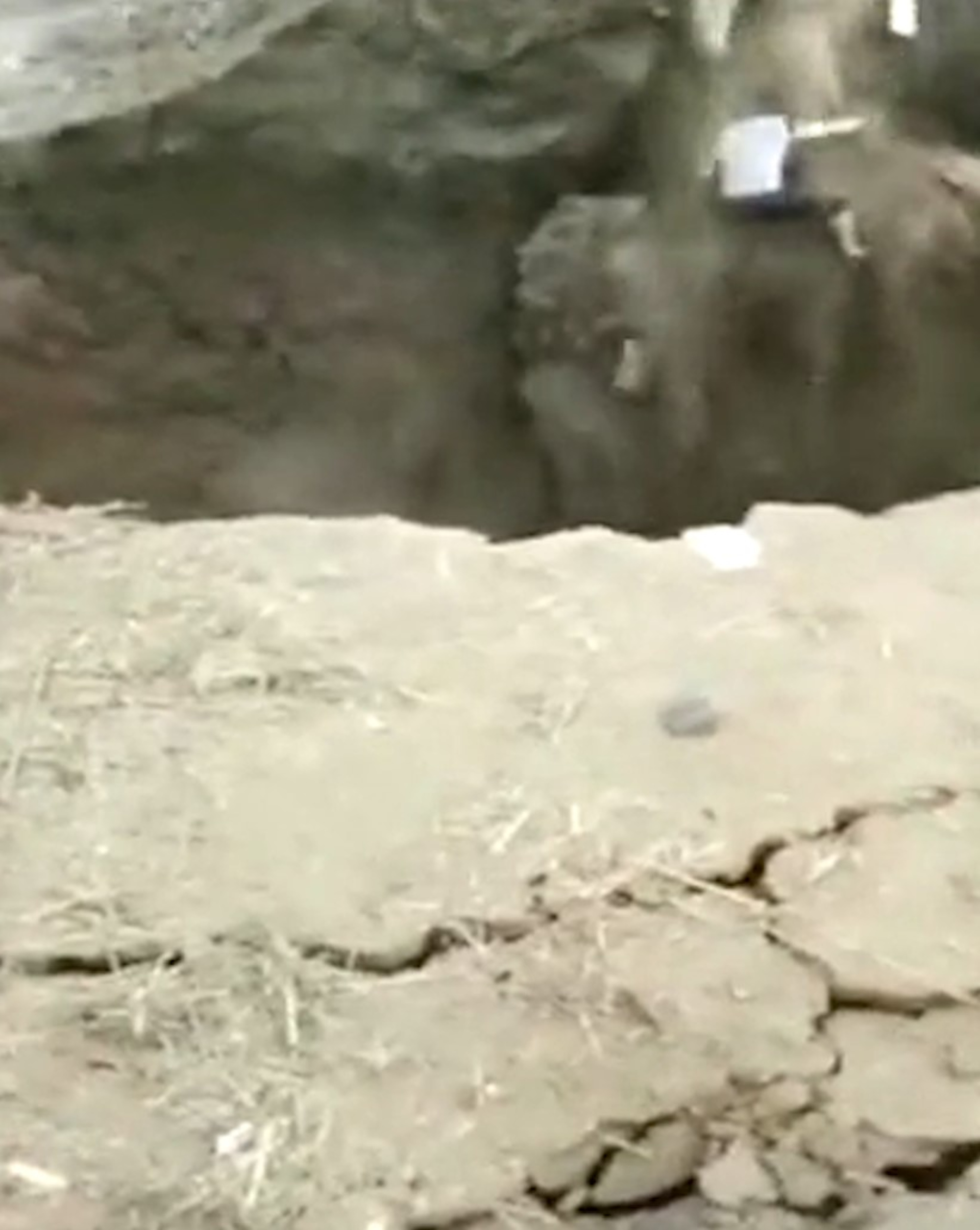 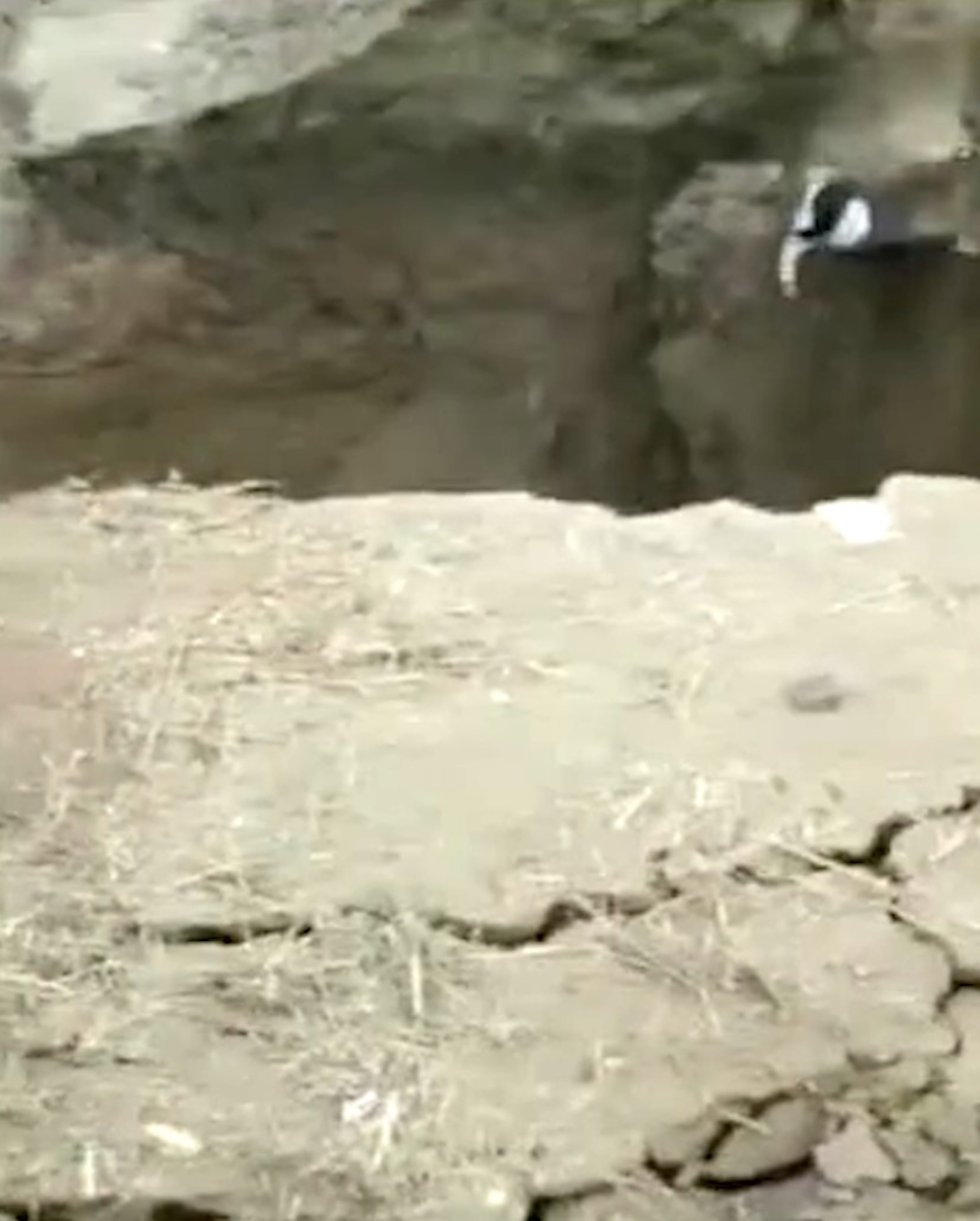 Despite the obvious risk of plunging into the narrow gorge, the man continues to bounce on the riverbank.

Eventually, the bank collapses and he disappears over the edge.

According to reports, he fell roughly 6 metres (20 feet) into the muddy river.

However, he managed to climb back to land further downstream and was spotted standing on a lower section of the river. 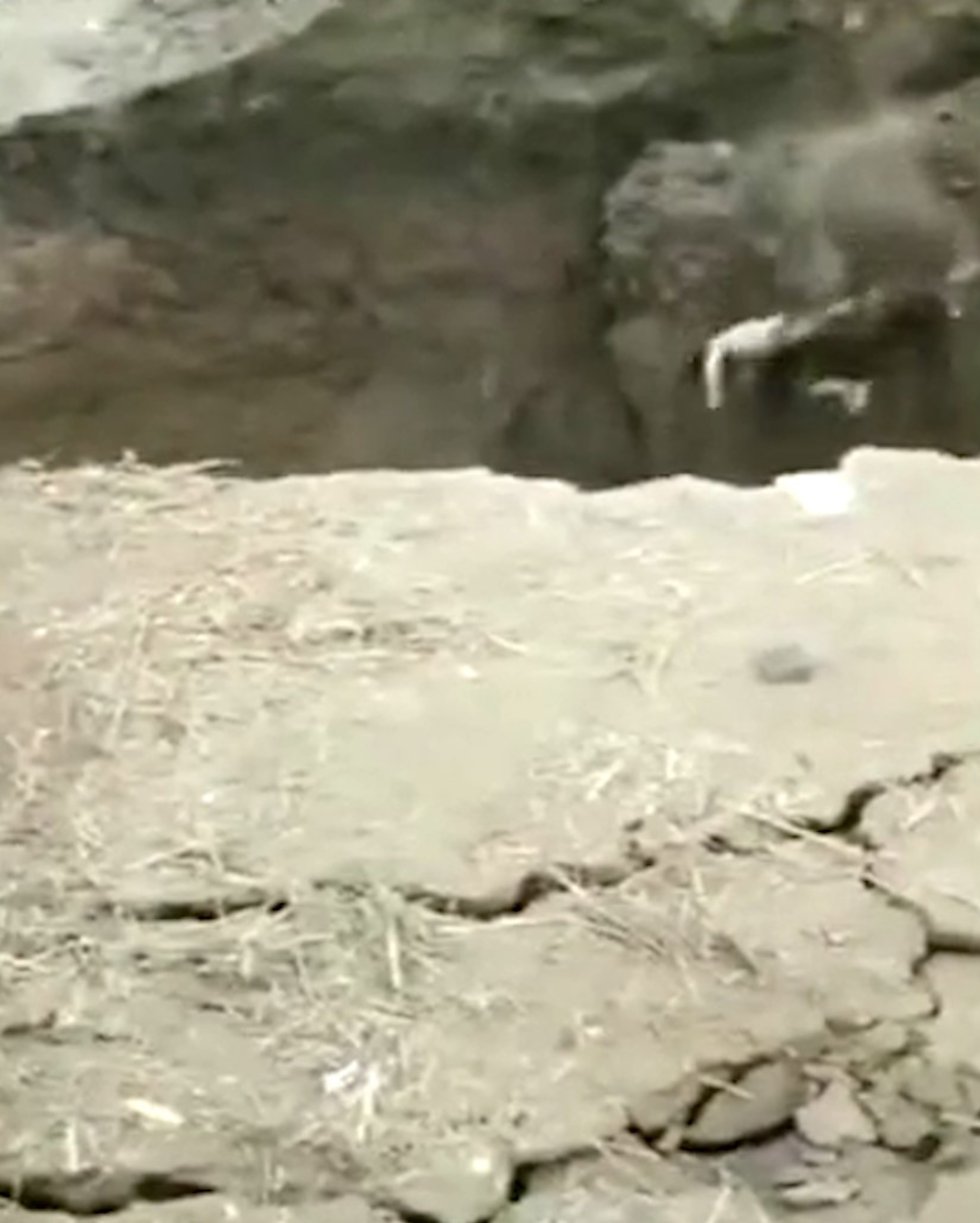 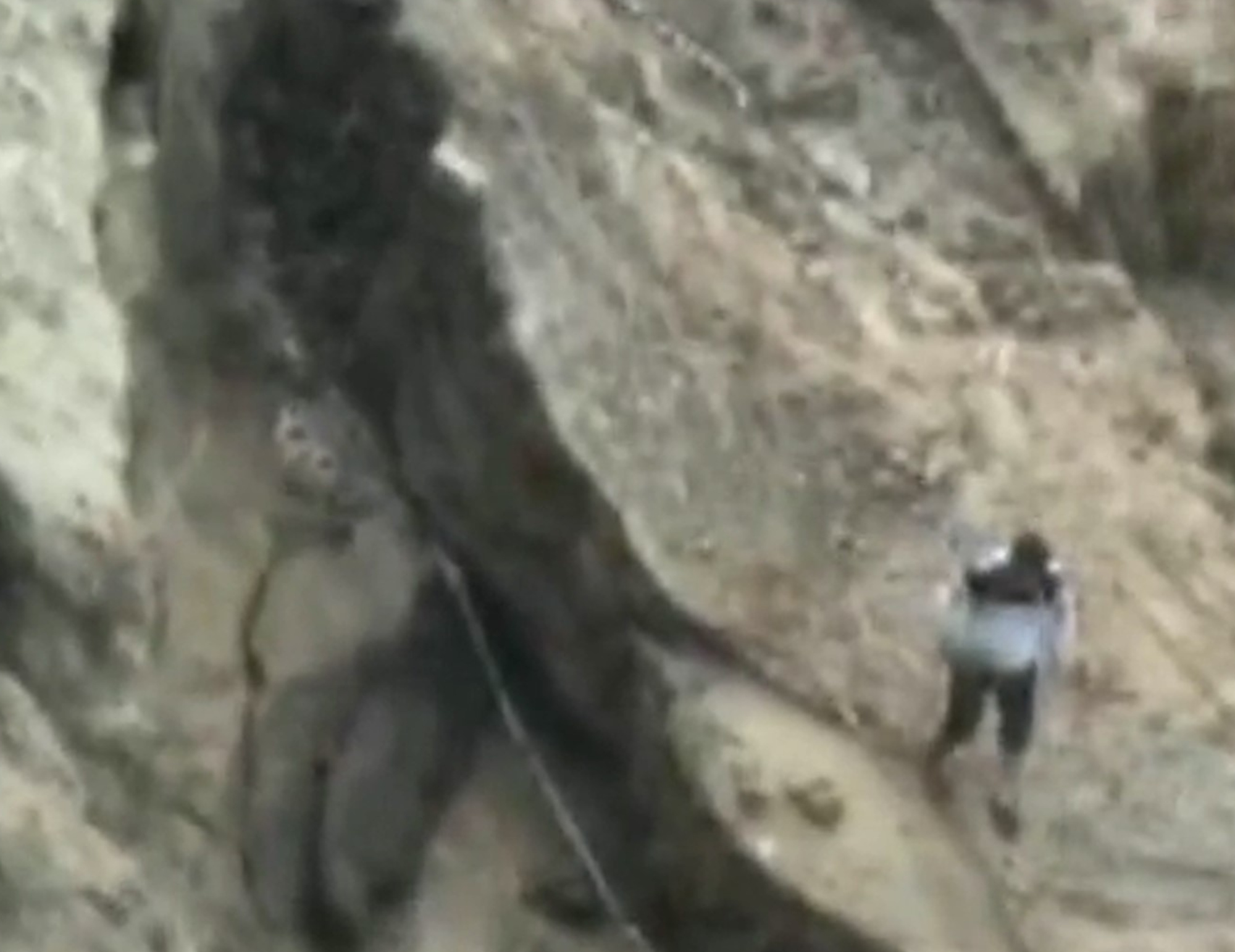 He was not seriously injured but lost his mobile phone in the process.

The county's Water Resources Bureau said the reservoir discharge began in April and is scheduled to end on June 1.

Security personnel are tasked with patrolling the banks of Zhulong River during this period.

They have urged members of the public to avoid the spectacle for their own safety.

A different man claimed internet fame last year after being caught slipping down down 12 steps before falling into the River Thames.

The person filming could be heard laughing after the topless man fell into the water.

Another woman was caught falling into a fountain after she was engrossed in her phone, failing to spot  the water feature in front of her.