TWO tourists have been arrested for standing too close to a dangerous geyser at Yellowstone National Park in Wyoming.

The pair were accused of "thermal trespassing" after taking photographs of Old Faithful on their phones. 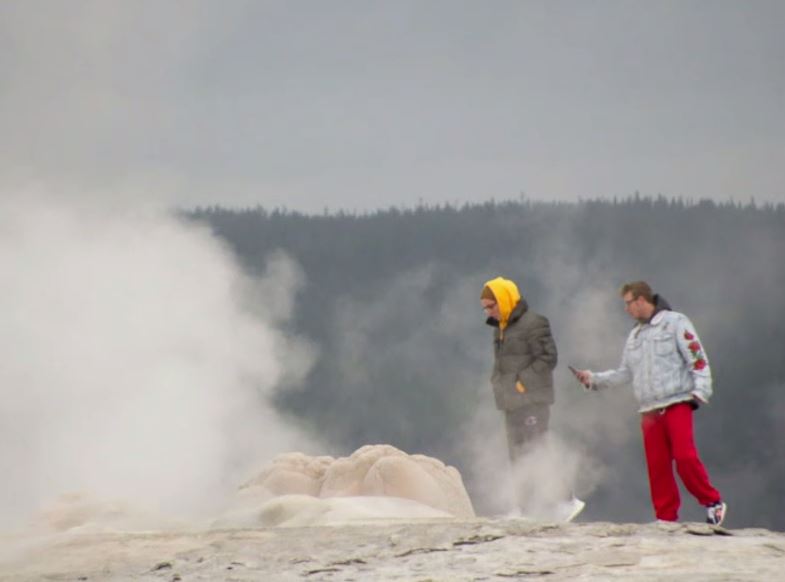 The two men were caught walking "dangerously close" to the spout of the legendary geyser on September 10, said National Park Service (NPS) officials to KRTV, which can hit temperatures up to 177C.

The identities of the men have not yet been released.

Witness Kimberly Guilliams told ABC News: "My family and I just couldn't believe what was happening.

"They just didn't care and we couldn't believe that they thought that that was OK."

Kimberly said that the highly visited attraction is well marked with "No Trespassing" signs and a designated boardwalk to safely tour Old Faithful. 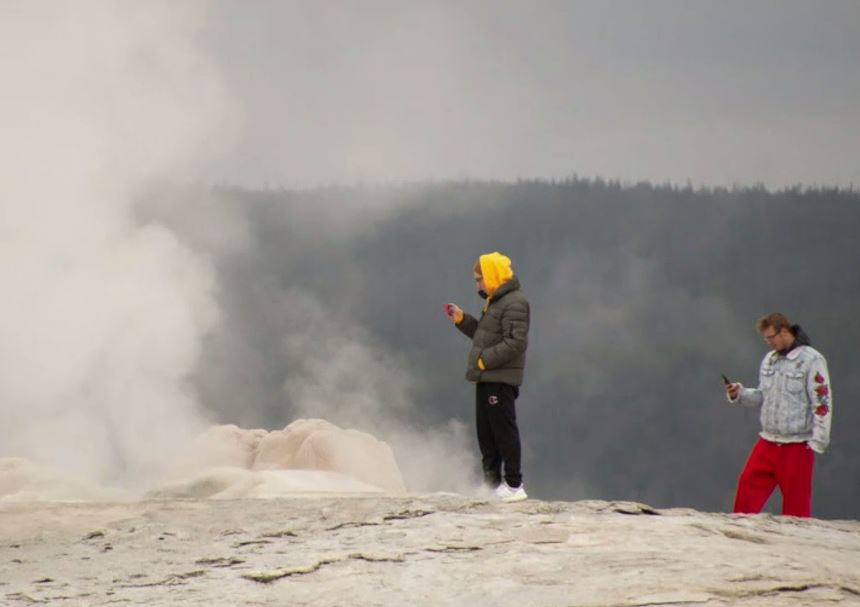 She continued: "I don't see how anyone couldn't be aware of the rules. They're posted everywhere. They're in multiple different languages.

"All around the border of the geyser, there are rules saying that it is very dangerous, that the ground is unstable and very fragile."

Both men are scheduled to appear in court in December.

Though a spokesperson for the NPS was not immediately available to offer further comment on the incident, officials for the park posted the following message to Facebook two days later, perhaps inspired by the offence.

The social media page warned: "Whether you’re looking for colourful springs or grand canyons, always remember to practice #SafeSelfies! No picture is worth hurting yourself, others, or the park.

"Be aware of your surroundings whether near wildlife, thermal areas, roads, or steep cliffs."

In addition, reps for Yellowstone offered the following statement on the story to Fox News: "Thermal area safety is an extremely important part of any trip to Yellowstone.

"We ask visitors to take the Yellowstone Pledge before coming to the park and to read the park Visitor Guide for more information on safety, rules and regulations.

"Detailed information can also be found on the Yellowstone National Park app which will operate without cell service as long as it is downloaded before entering the park." 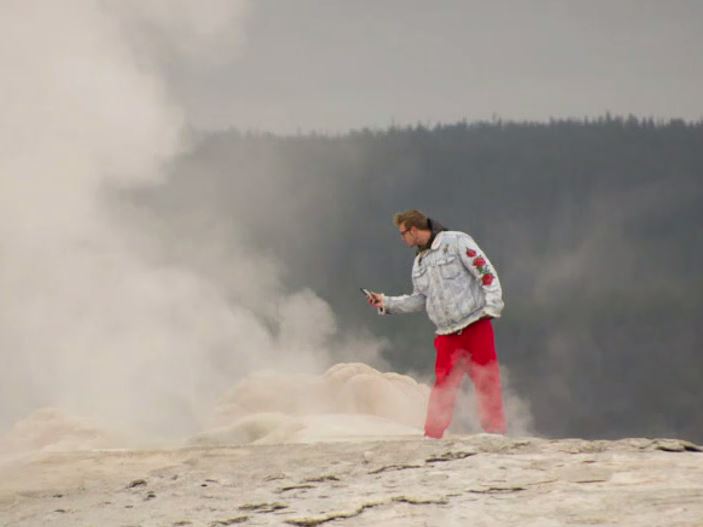 It would hardly be the first time, however, that bad behaviour at Old Faithful has made headlines.

In September 2018, a Yellowstone visitor was ticketed for walking near the famous geyser and reportedly urinating on it, while last month a tourist at the park went viral after "flipping off" other travellers when getting too close.

According to Yellowstone National Park, the geyser erupts around 20 times a day and shoots water as high as 180ft in the air.

While the hot water has been measured at 95C, the steam can be as much as 176C.

Yellowstone is also sitting on top of a supervolcano – which could kill millions of people if it erupts.

A British tourist died in 2016 after falling into a 250 degree geyser during a holiday in South Africa.

That same year, a woman was left fighting for her life after suffering from 75 per cent burns in Chile due to a boiling geyser.

This article was originally published by Fox News and has been reproduced with permission.