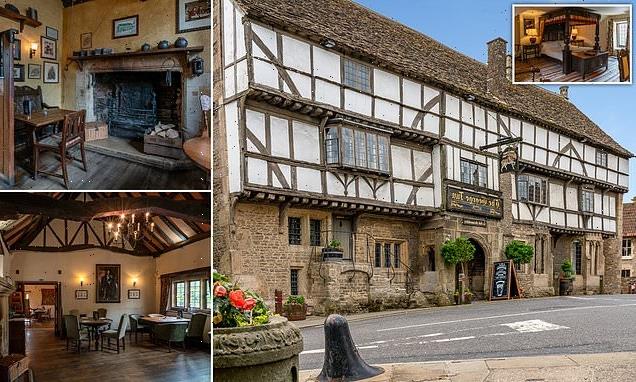 Inside a charming Grade I listed 14th-century pub with rooms in Somerset, said to be the oldest tavern in Britain and used as a rebel headquarters in an uprising against King James II

Historic pubs are plentiful but few can lay claim to the tag in quite the same way as The George in Norton St Philip, near Bath. Dating from 1397, it’s the oldest tavern in Britain, locals say. It’s certainly a contender, and its timber frame, wonky floors and ancient galleried courtyard all ooze authenticity.

Originally built as a wool store for nearby Hinton Priory, the Grade I listed building also offered beds to merchants attending the annual wool fairs. It later became part of the stagecoach route between London and the South West.

Samuel Pepys stayed in the village with his wife and servants in June 1668 while they were on their way from Salisbury to Bath, and there is a double room bearing his name. 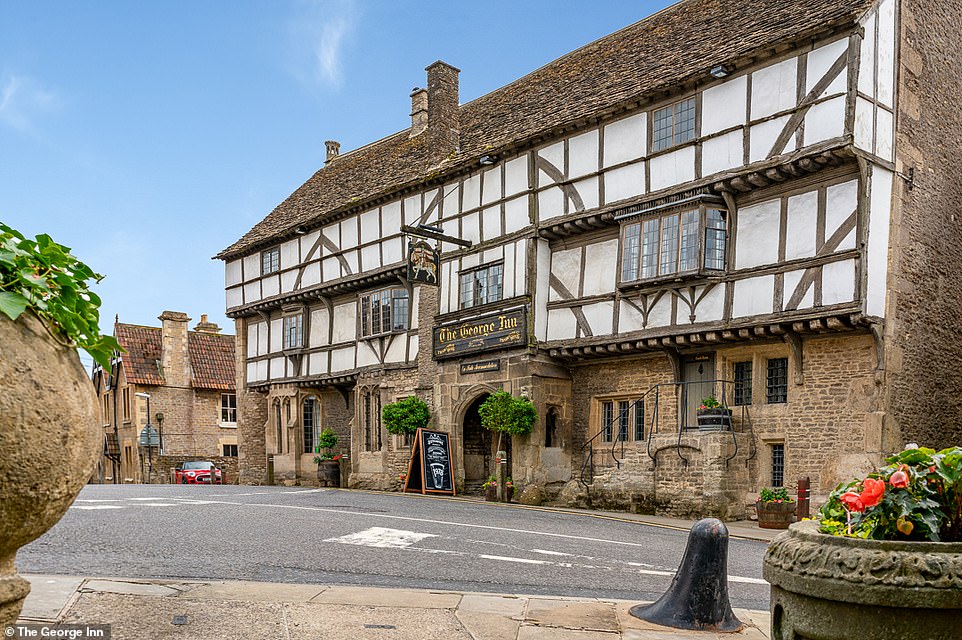 Lizzie Enfield checks into The George in Norton St Philip (pictured), which locals say is the oldest tavern in Britain 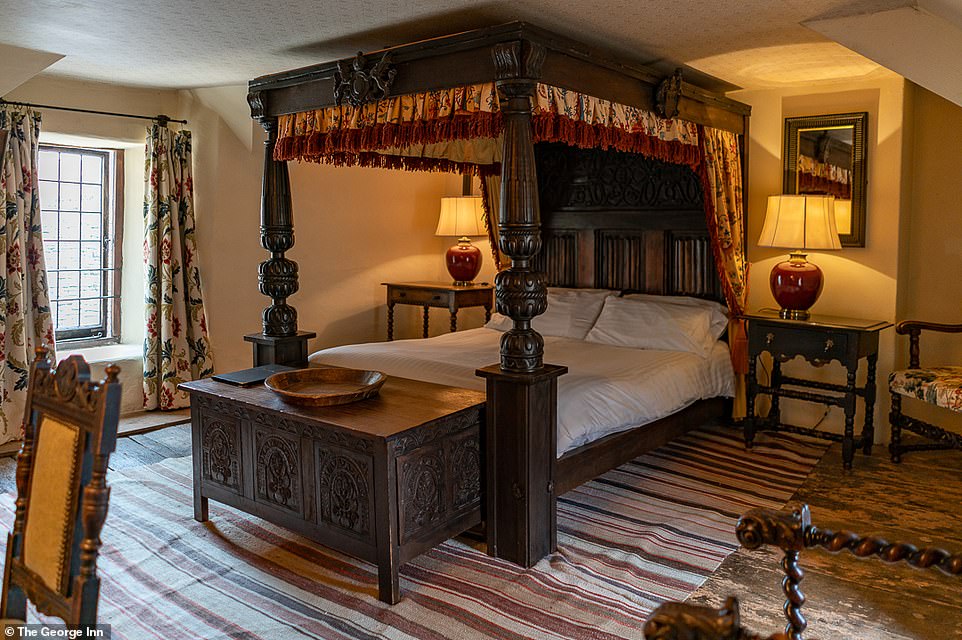 There are eight rooms, all filled with antique furniture and period wall hangings. One even has a secret panel leading to the en suite bathroom. We stayed in Abbots, a comfy sloping-floored twin with a view over the green.

The George was used as headquarters for the Duke of Monmouth’s ‘pitchfork’ army, which he led in rebellion against King James II. The table he ate at is in the Monmouth room and I could almost hear the sound of plotting in the oak-panelled bar above the chatter of locals enjoying pints of the local thirst-quencher, Butcombe Gold.

When the uprising failed, the infamous Judge Jeffreys used the inn as a courtroom and ordered 12 executions on the common as part of the Bloody Assizes.

Today the cosy bar and 16th Century dining room host more convivial gatherings. Butcombe Gold beer-battered fish and chips might have been worthy of an entry in Pepys’s diary, and perhaps Daniel Defoe (a staunch supporter of the Monmouth Rebellion) would have enjoyed the Hereford and Angus roast beef.

The food is South-West-sourced and seasonal. 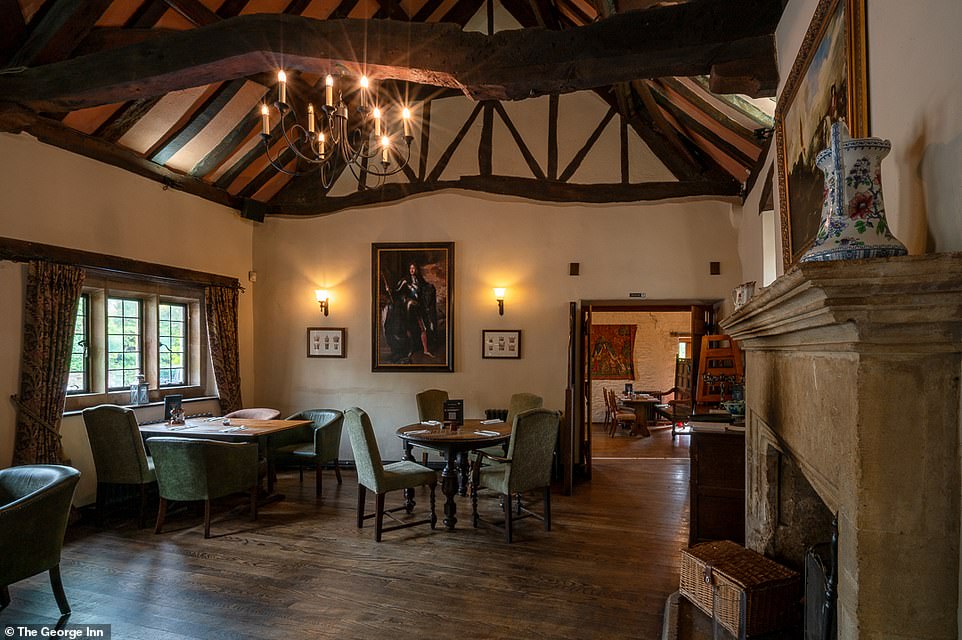 Above is the 16th Century dining room, which serves local, seasonal food such as Fowey river mussels and Evesham beetroot houmous 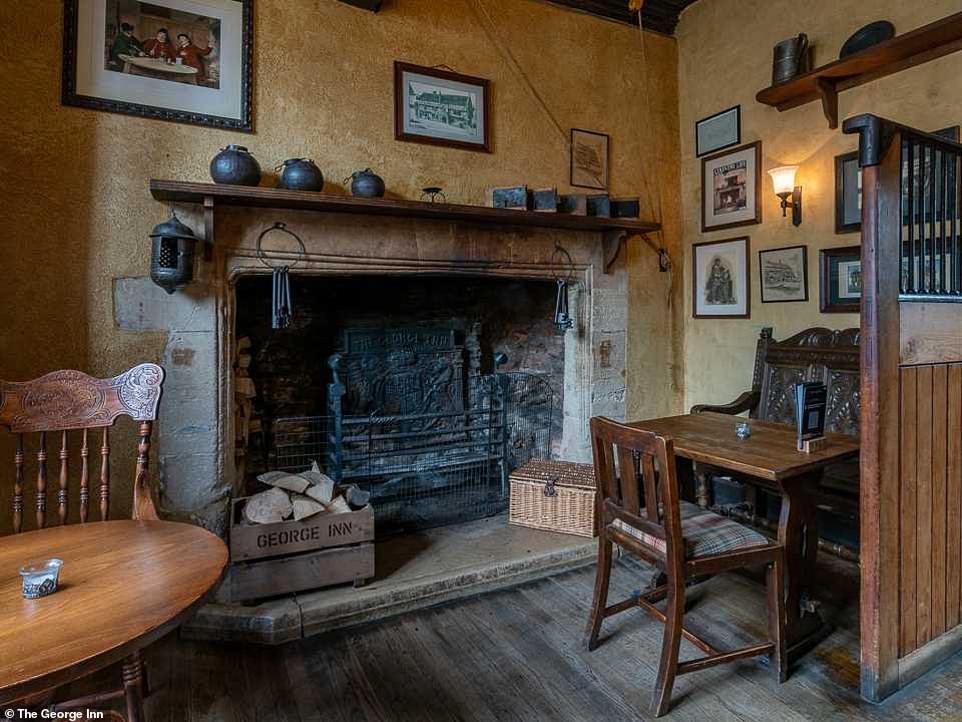 ‘The George was used as headquarters for the Duke of Monmouth’s “pitchfork” army, which he led in rebellion against King James II. I could almost hear the sound of plotting in the oak-panelled bar (pictured) above the chatter of locals enjoying pints,’ says Lizzie 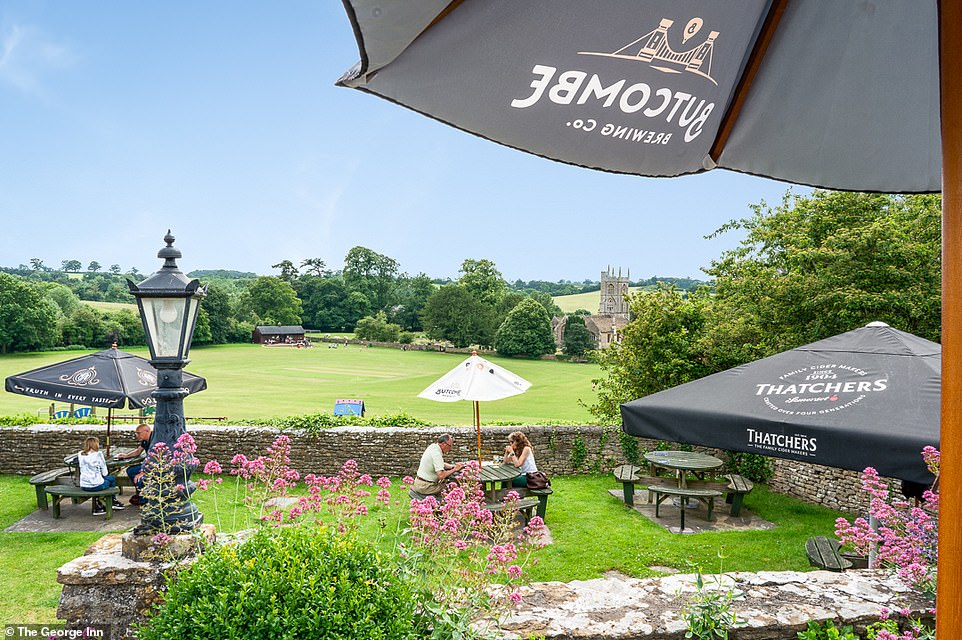 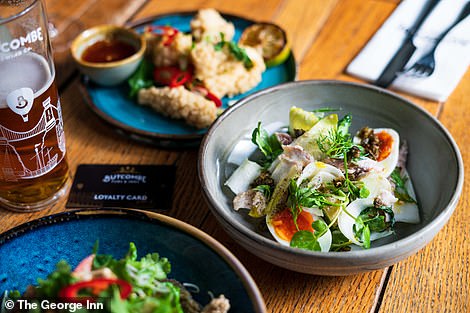 A selection of dishes served at The George

We had Fowey river mussels after Evesham beetroot houmous for starters, and for dessert, a fruit crumble and the local cheese plate.

Norton St Philip is a pretty village with plenty of quintessential stone houses to admire but its beauty also lies in its proximity to genteel Bath (a six-mile car or bus ride), the National Trust village of Lacock, Bradford-on-Avon and Longleat.

A footpath takes you across fields and parkland via the villages of Hinton Charterhouse, Limpley Stoke and Monkton Combe to the southern edge of Bath.

Breakfast is taken seriously at The George; there’s a nod to autumn in the poached apple, rhubarb and almonds. 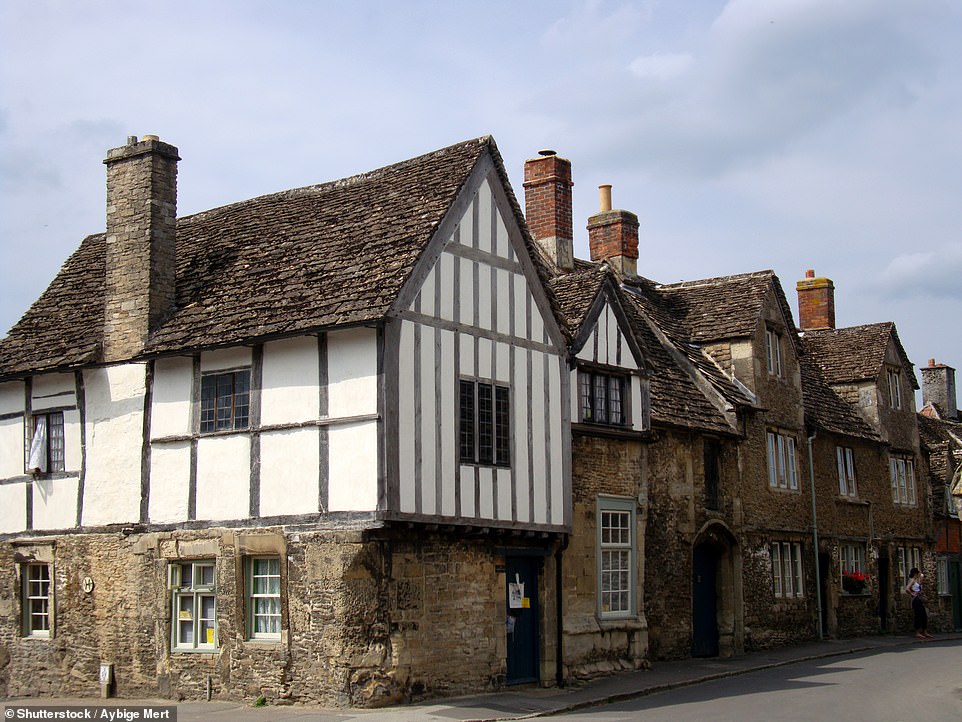 According to Lizzie, part of Norton St Philip’s beauty lies in its proximity to sites such as the National Trust village of Lacock, pictured 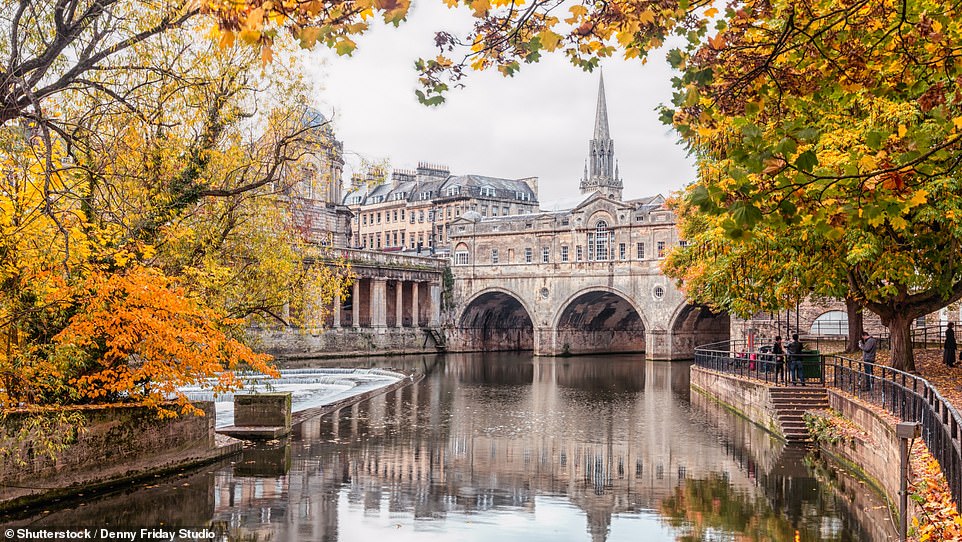 The full English of free range Leghorn white eggs, done five different ways, sets you up for a day of strolling, sightseeing or simply relaxing on the George’s terrace.

It overlooks the stretch of village green used for fairs, cricket and frequent battle re-enactments.

The George has plenty of contemporary charm, but there’s no escaping its history.