But anyone heading to Disneyland Paris this summer for the Marvel Summer Of Superheroes can rest assured they're getting a better show than either the Florida or California theme parks. 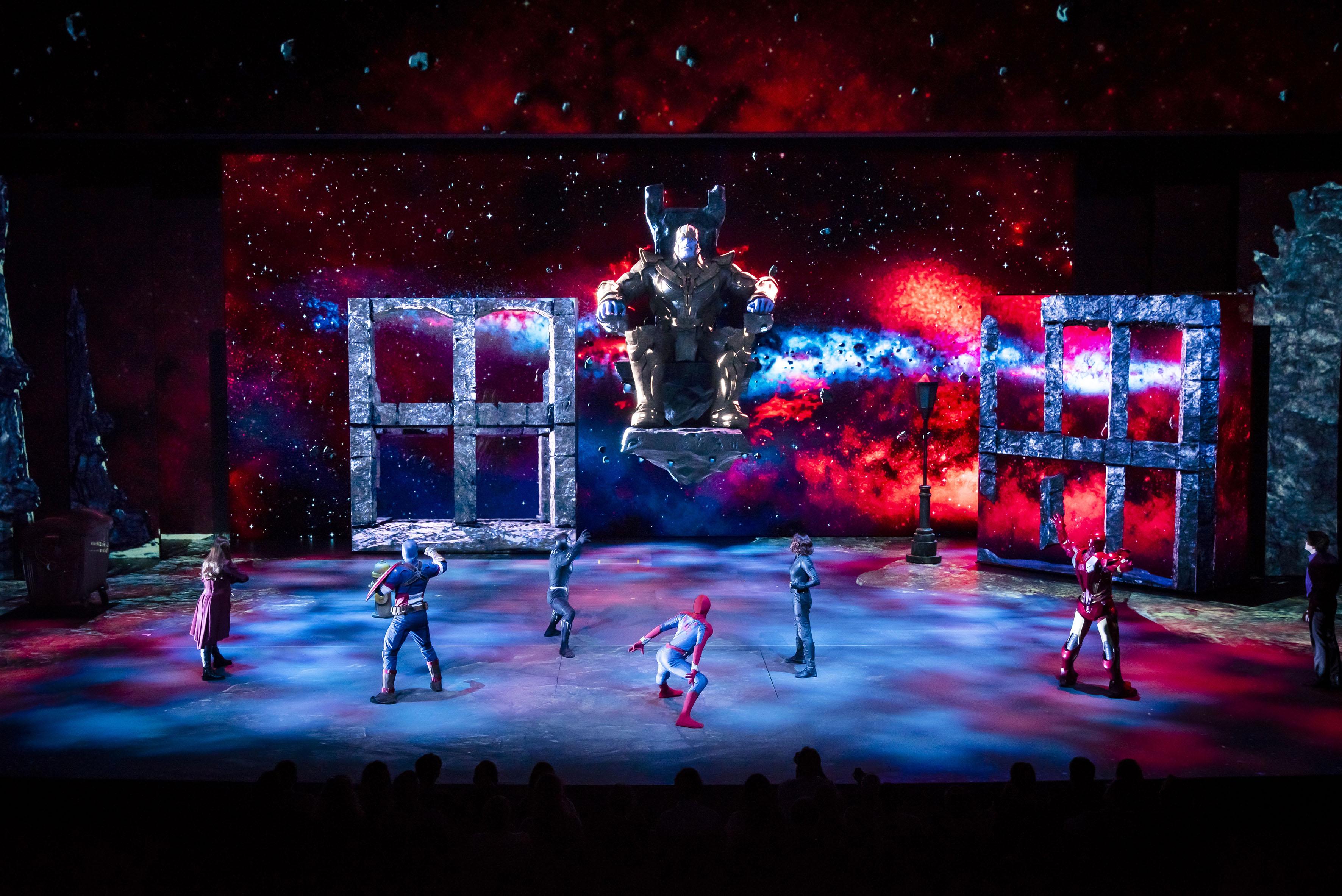 That was the promise of the Disney big cheeses at the launch of the June to September extravaganza featuring the likes of Iron Man, Thor, Black Widow, Captain America, Spider Man and more.

Disney and Marvel’s finest creatives have been working for more than a year on the three new attractions; a live action superhero battle, a dance-off with members of the public and an outdoor fight between Loki, Spider-Man, Black Widow And Thor.

All three attractions are based in the Walt Disney Studios Park and take place several times a day.

The jewel in the crown is the Marvel: Super Heroes United live action show at Studio Theater, where Thanos turns the Avengers against each other using mind control. 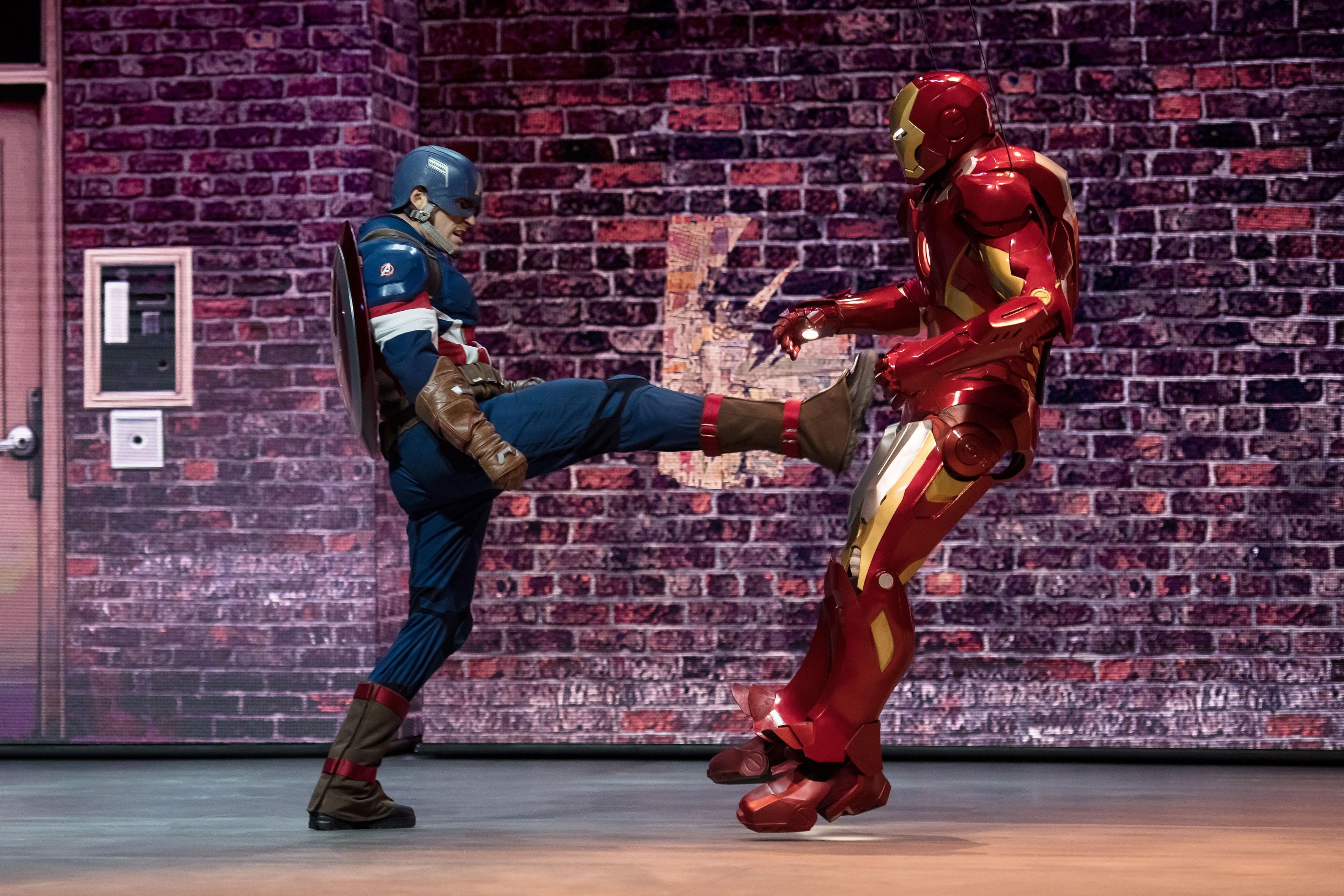 Black Widow and Spider-Man – the only superheroes able to avoid Thanos’s power, has to find a way to stop super heroes like Thor, Iron Man Doctor Strange and Black Panther fighting against each other.

The show has outstanding fight choreography, special effects, surround screens so guests feel like they are in the action, as well as aerial acrobatics, flying saucers, drones and pyrotechnics.

For instance, when Thor smashes his hammer into the ground, projections make it look like the entire floor cracks and vibrations rumble under the audience seats.

The LED screens are so hi-tech that when a giant Thanos appears to taunt the Avengers, I found myself questioning whether it was real. 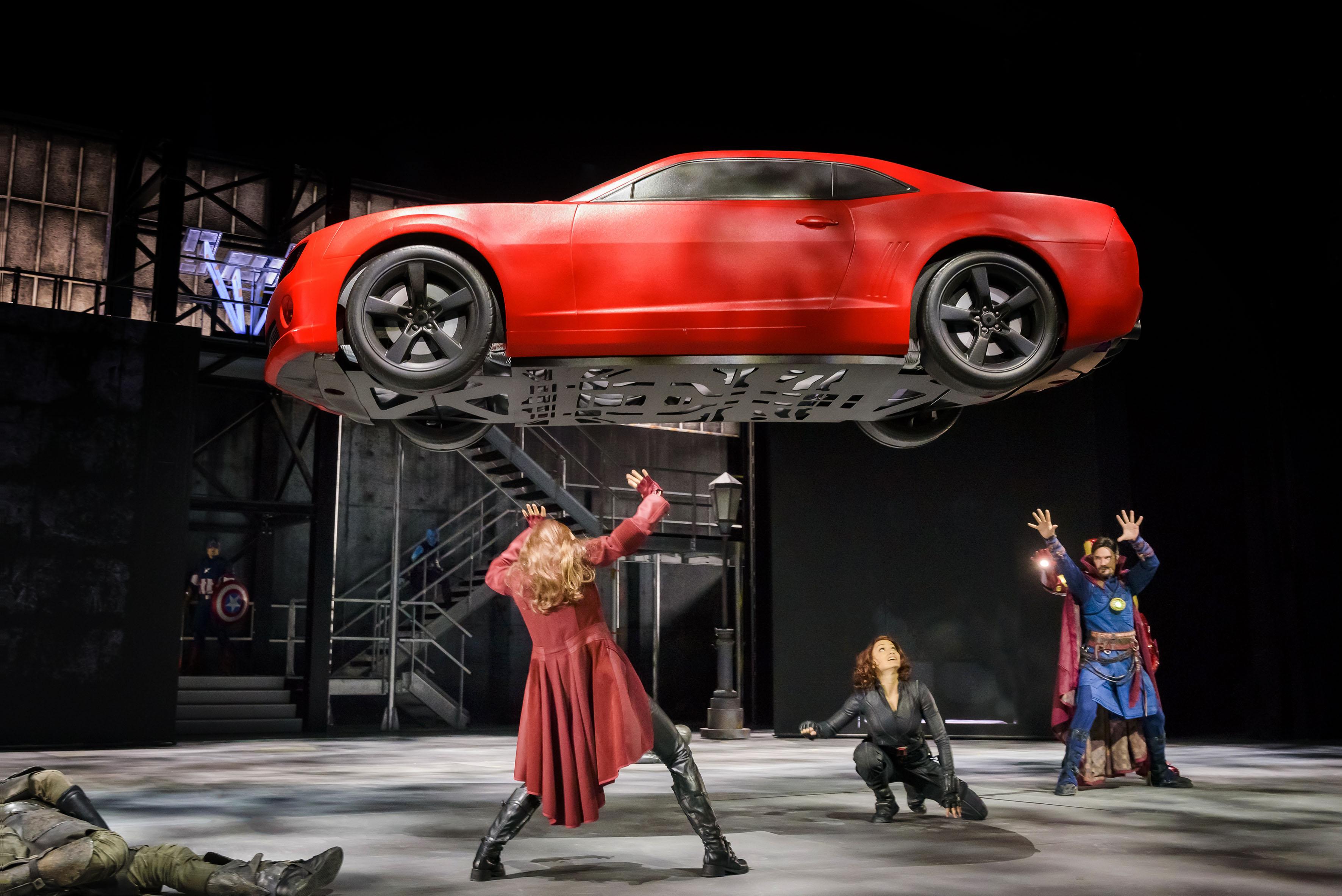 Through the eyes of an adult it was impressive, but for a seven year old seeing all of their favourite heroes in the flesh for the first time, it would be outstanding.

In fact, one little boy was crying tears of awe.

The only slight difficulty is the constant switch by the actors between French and English – a necessity so both home and foreign audiences could
understand.

The second show – Stark Expo Presents: Energy for Tomorrow! is an outdoor attraction at the foot of the Hollywood Tower Hotel. 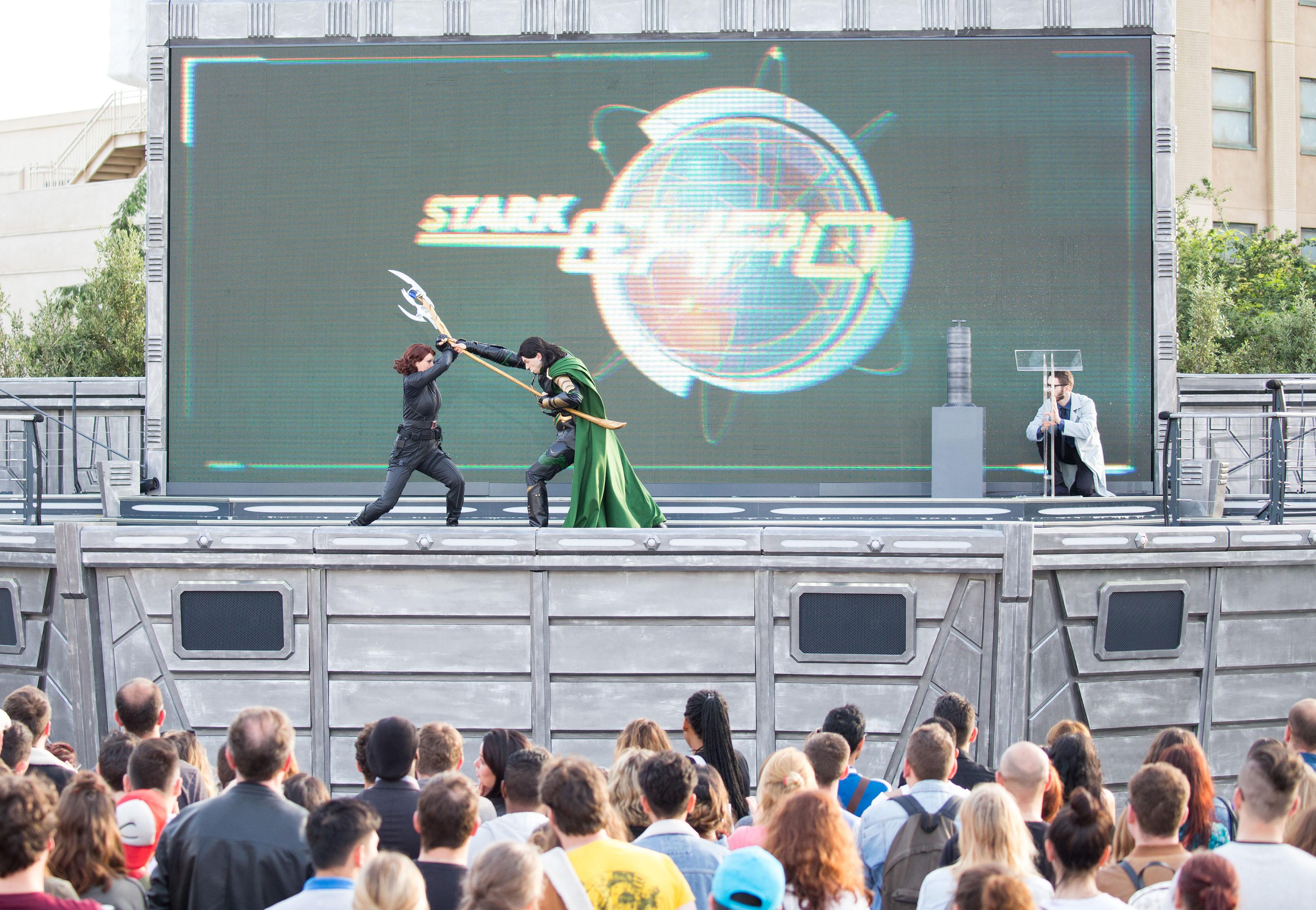 The scene is set in Tony Stark’s lab, where he is proudly showing off his “arc reactor” until mischievous Loki causes trouble by stealing it.

Black Widow once again has a starring role in the show – with a one-to-one battle with Loki.

But a highlight was Spider-Man getting in on the action from the roof of a nearby building, followed by a scene-stealer with the almighty Thor.

The final show is the Guardians Of The Galaxy dance-off featuring Star Lord and Gamora, set to a backing track of hits from the 70’s and 80’s.

The idea for this is great, the Guardians find themselves in trouble and have to call on members of the public to help them out by generating energy through dance. 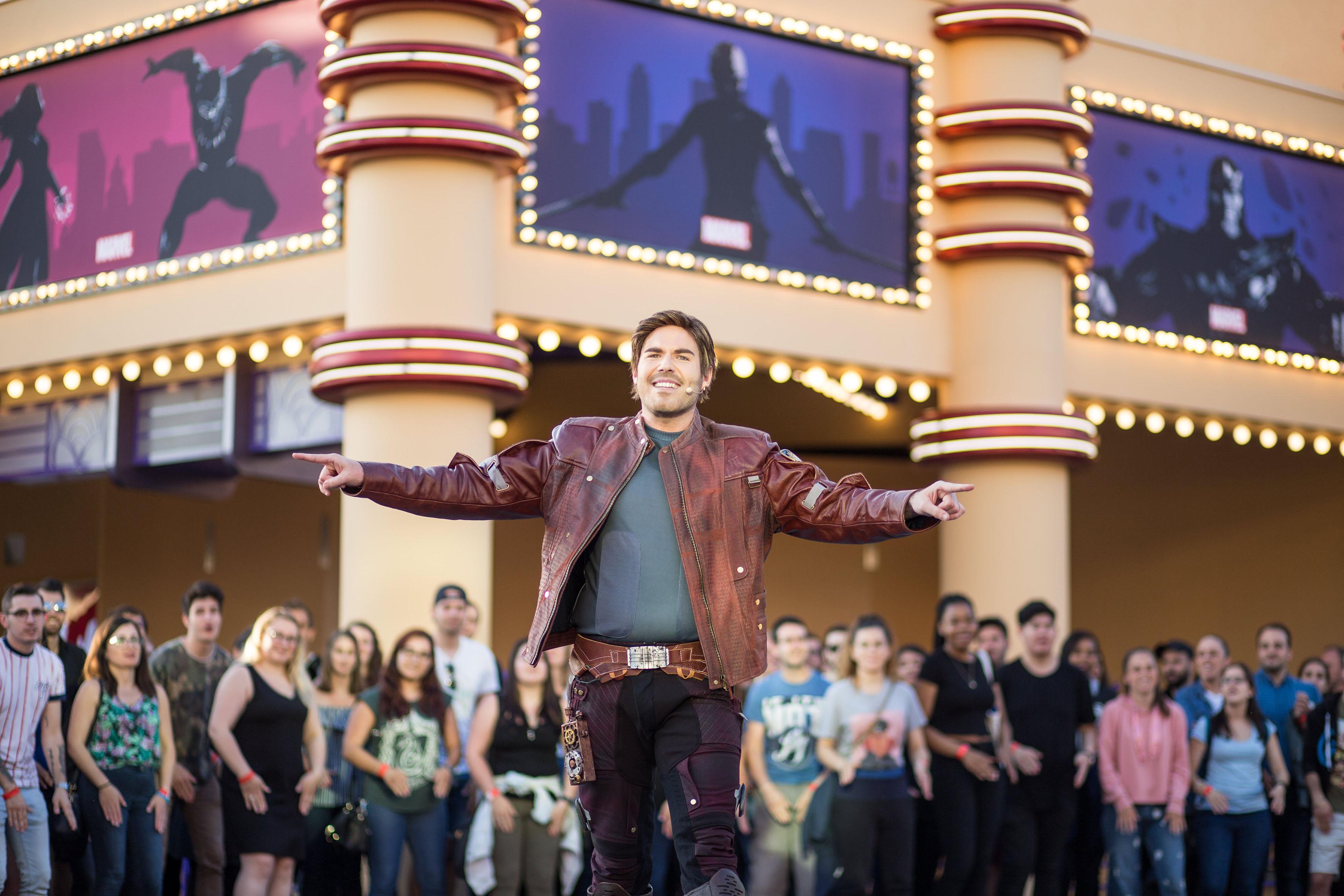 During the first couple of shows, the stars found it hard to engage with the crowd, but with a bit of tweaking – perhaps bringing any kids in the crowd onto the stage  – this has the potential to be a really fun attraction.

As always with Disney though, what makes the whole Marvel summer most impressive is the finer details.

Throughout the park, guests can indulge in Marvel themed sweet treats like Spider-Man toffee apples and Groot shortbread.

They can also buy merchandise like Iron Man mugs and masks, to Captain America shields and Marvel Mickey ears.

For those keen to meet their heroes, there is Marvel Eat And Greet meal at the Hotel New York.

There, guests can dine on a three-course buffet and have their photo taken with Thor, Black Widow and Captain America. 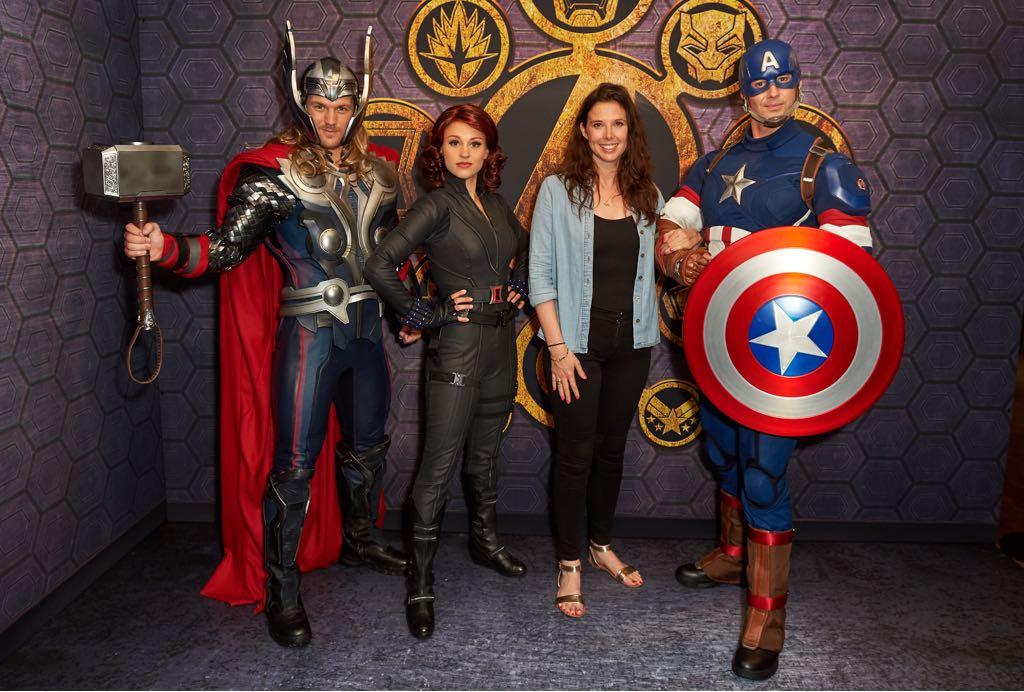 The suits at Marvel say that the Paris shows are the biggest event that they have ever done.

Daniel F Fields, the Executive Creative Director at Walt Disney Imagineering – the team who come up with all of the new concepts for the theme parks worldwide – says this the summer-long extravaganza that ends on September 30 is just a taster too.

He told reporters at the launch this weekend: “This is a limited time event but we are really hoping that the studio park will go on to be the Home of marvel superheroes.”

So don’t worry if you have left it too late to book a tip this summer, because a €2 billion, multi-year expansion for the park will add three new areas to Walt Disney Studios based on Marvel, Frozen and Star Wars in 2021.

Visit the Marvel Summer Of Super Heroes at Disneyland Paris

Experience Marvel Summer Of Super Heroes for a family of four starting from £1,152.98 for a two-night / three-day package based on two adults and two children aged 3-11 sharing two double beds at Disney’s Hotel Santa Fe.

Price includes three-day park hopper , plus return travel by Eurostar from London or Kent in standard class and a free half board meal plan.