In London, the birthplace of proper hospitality, etiquette, and service, it’s challenging to walk a few blocks—be it in Mayfair, Knightsbridge, or Chelsea—without coming across an iconic hotel, teeming with perfectly-trained staff and appointed with the best of the best. This city is packed to the brim with fine places to lay one’s head, and it can be daunting for a hotel opening to make a splash.

But what about the new opening of an old hotel? One rich in history, unique in design, and determined to embrace true, authentic English culture rather than infusing a French or Italian flair into the experience. After a visit to the Belmond Cadogan Hotel, it appears that what’s old is new again. Belmond (now newly owned by LVMH) re-opened the Cadogan Hotel last December, following a three-year, $48-million restoration. It seems that the secret sauce to securing a spot on the list of top hotels in London is to simply revive what the city’s most discerning have been missing—from true English flair to experiences that feel more subtle than showboat.

The 54-room property, comprised of five townhouses dating back to 1887, oozes style—from its Chelsea location to the design of the spaces and suites—but it’s the hotel’s rich history of hosting fashionistas, socialites, aristocrats, tastemakers, artists, and the like that should excite any posh traveler.

Situated at 75 Sloane Street, the Cadogan has played host to many fashion parties in the past, welcoming designers, supermodels, and London’s It-crowd through its doors. The hotel’s most notable guest was none other than Oscar Wilde, who called what is now Suite 118 his London pied-a-terre. Wilde was a dear friend of the property’s late owner, Lillie Langtry, an actress, socialite, and one of Britain’s first models. There’s a suite completely dedicated to Langtry, and a visit to Wilde’s favorite room, let alone a night’s stay there, is the ultimate treat. The suite’s all-marble bathroom, featuring a divine soaking tub, looks out on to the quaint streets of Chelsea. The hotel has also taken the property’s literary roots a step further, curating all the books in each suite, and leaving late night reading on guests pillows, rather than the predictable mint, cookie, or chocolate. 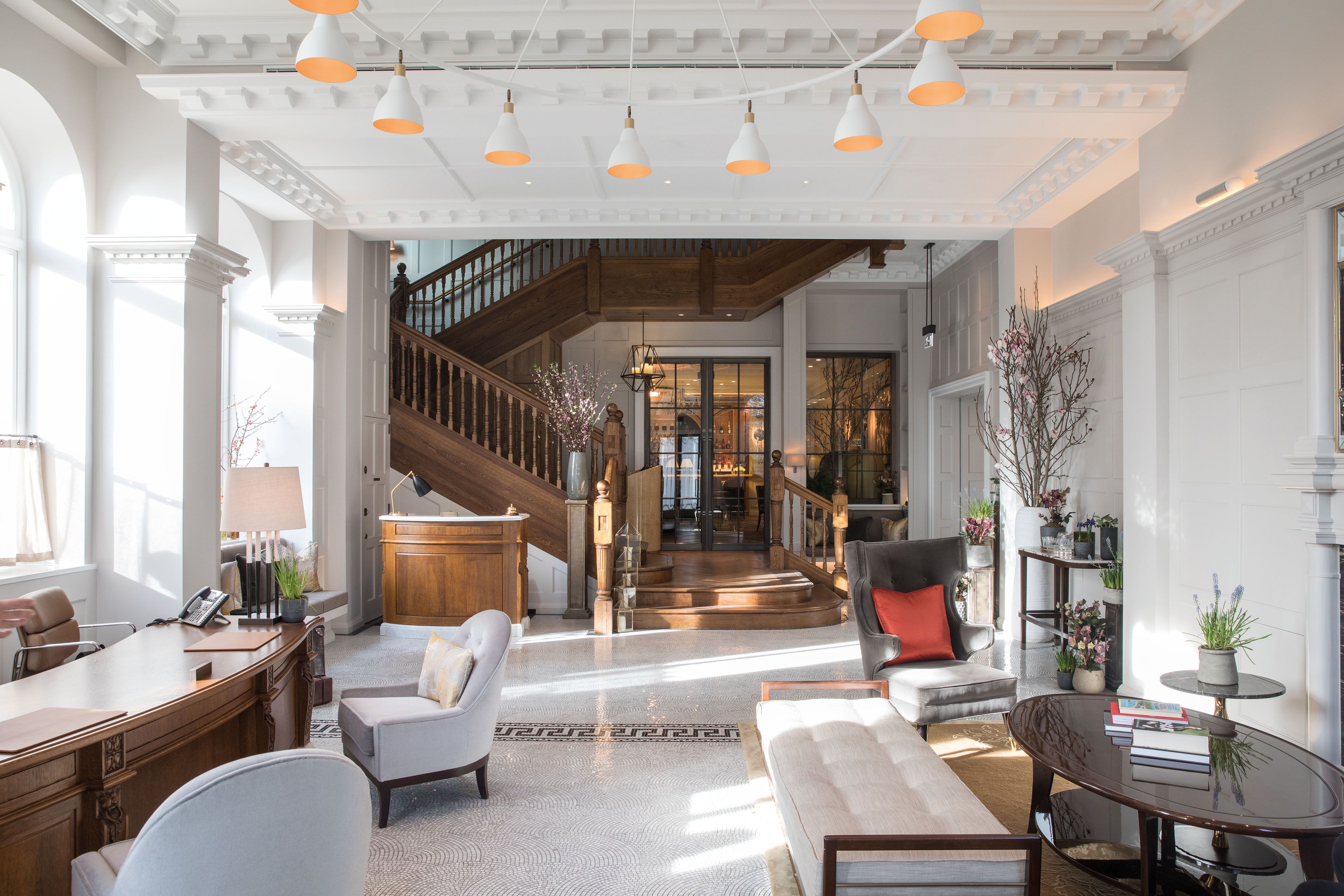 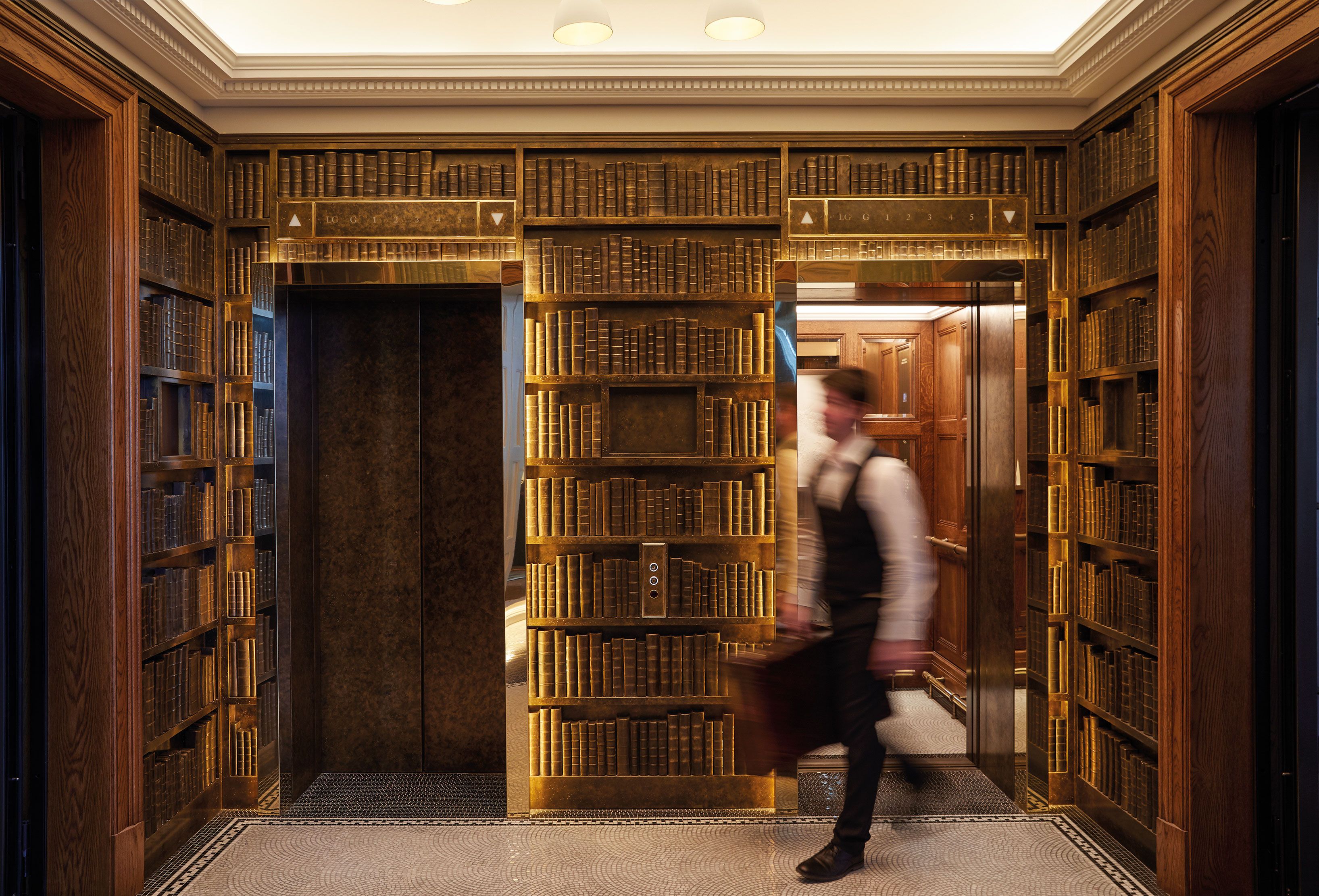 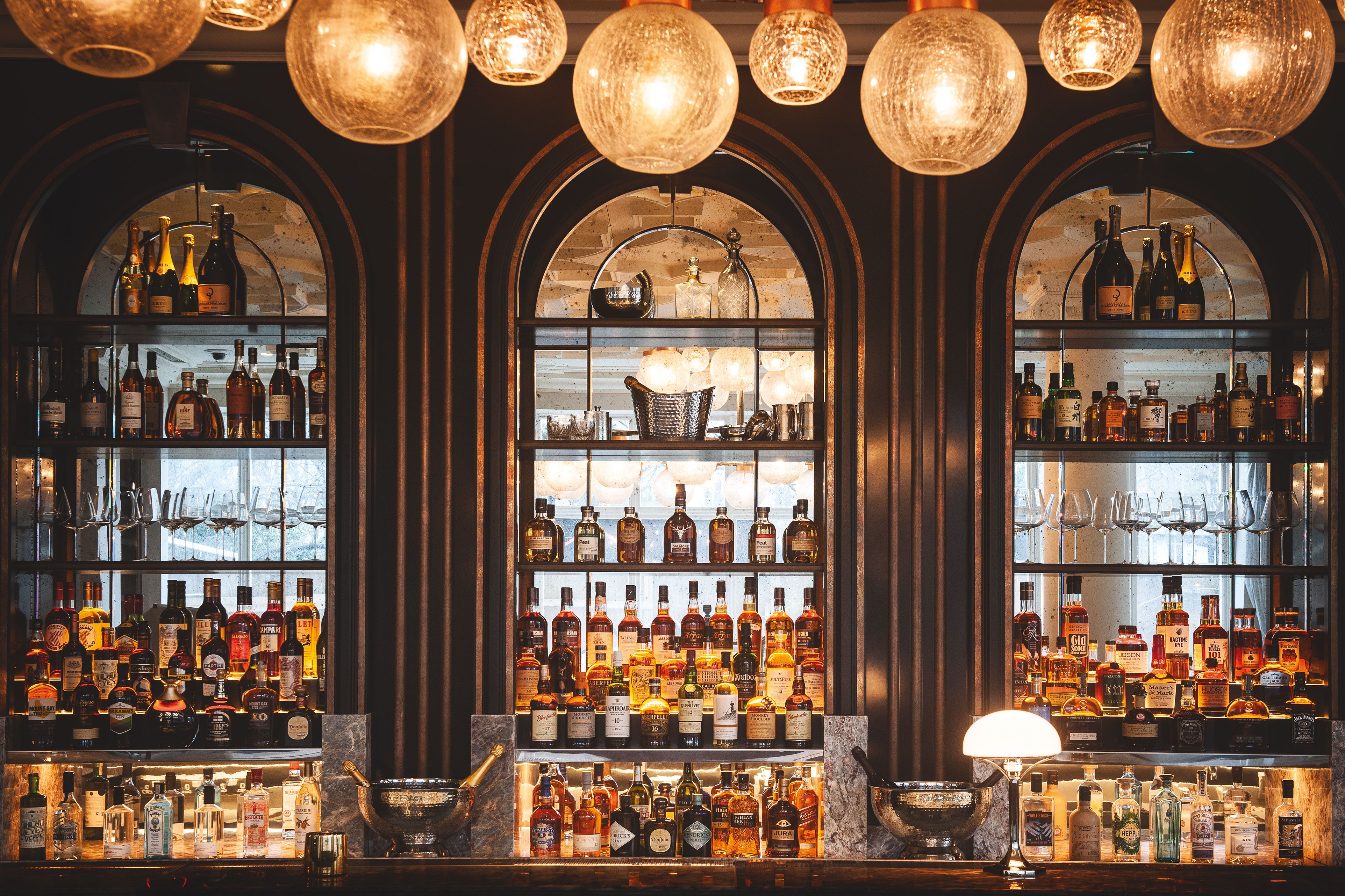 And it’s ‘quaint’ that best describes Belmond’s properties in London and just outside the city in Oxfordshire, albeit with an ample side of glamour. Unlike London’s other premier hotels, The Cadogan sits on the fringe of Sloane Square, rather than in the heart of Mayfair; its townhouse-style entry feels more subtle and delicate than a grand entry staffed to the gills; amenities include the private garden and tennis courts, rather than a flashy display of pomp and circumstance. The hotel staff here is dressed to the nines, in uniforms inspired by 1960s Kings Road fashion—although some of their outfits, particularly the sartorial menswear, would suit a day or night out in London just as well. 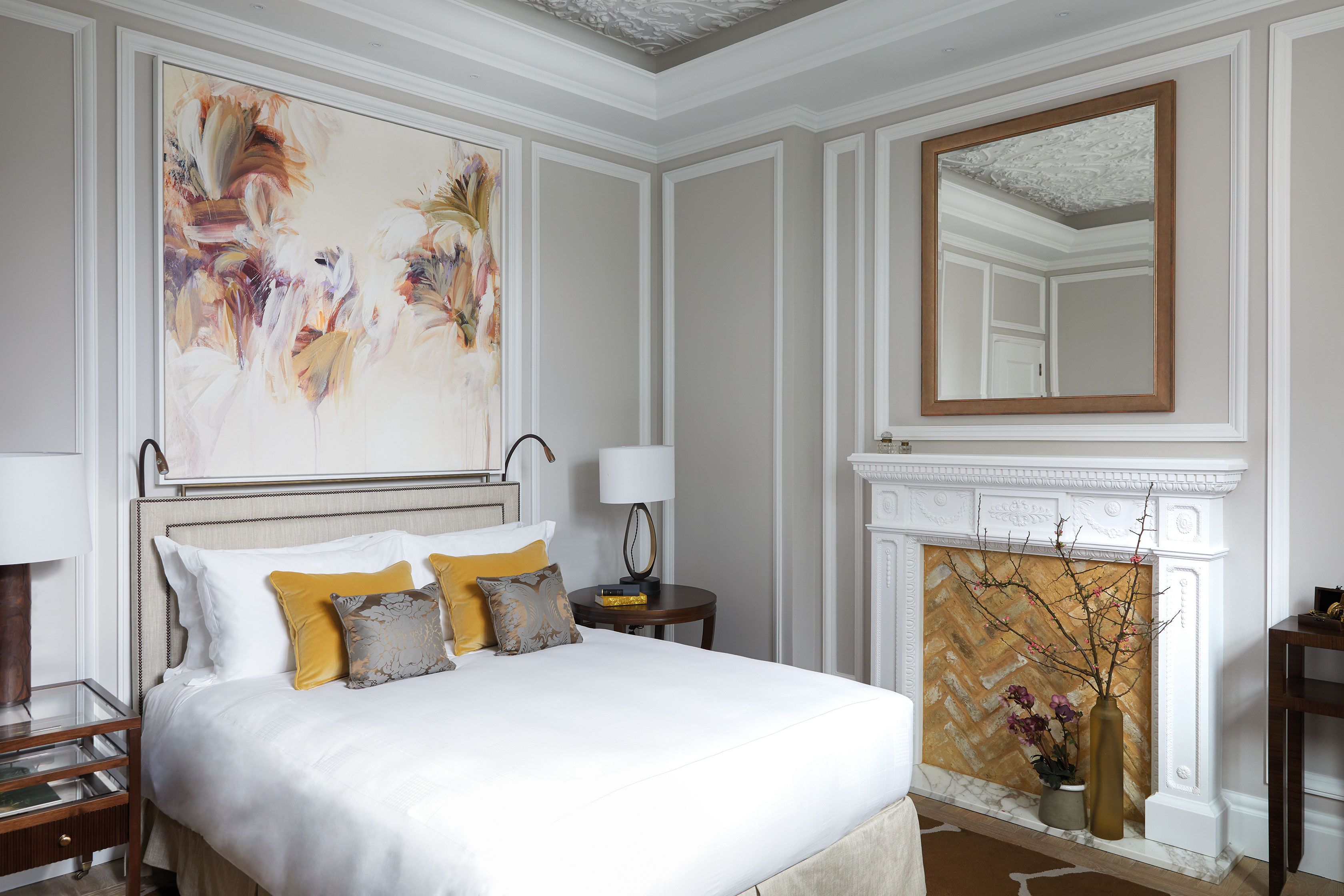 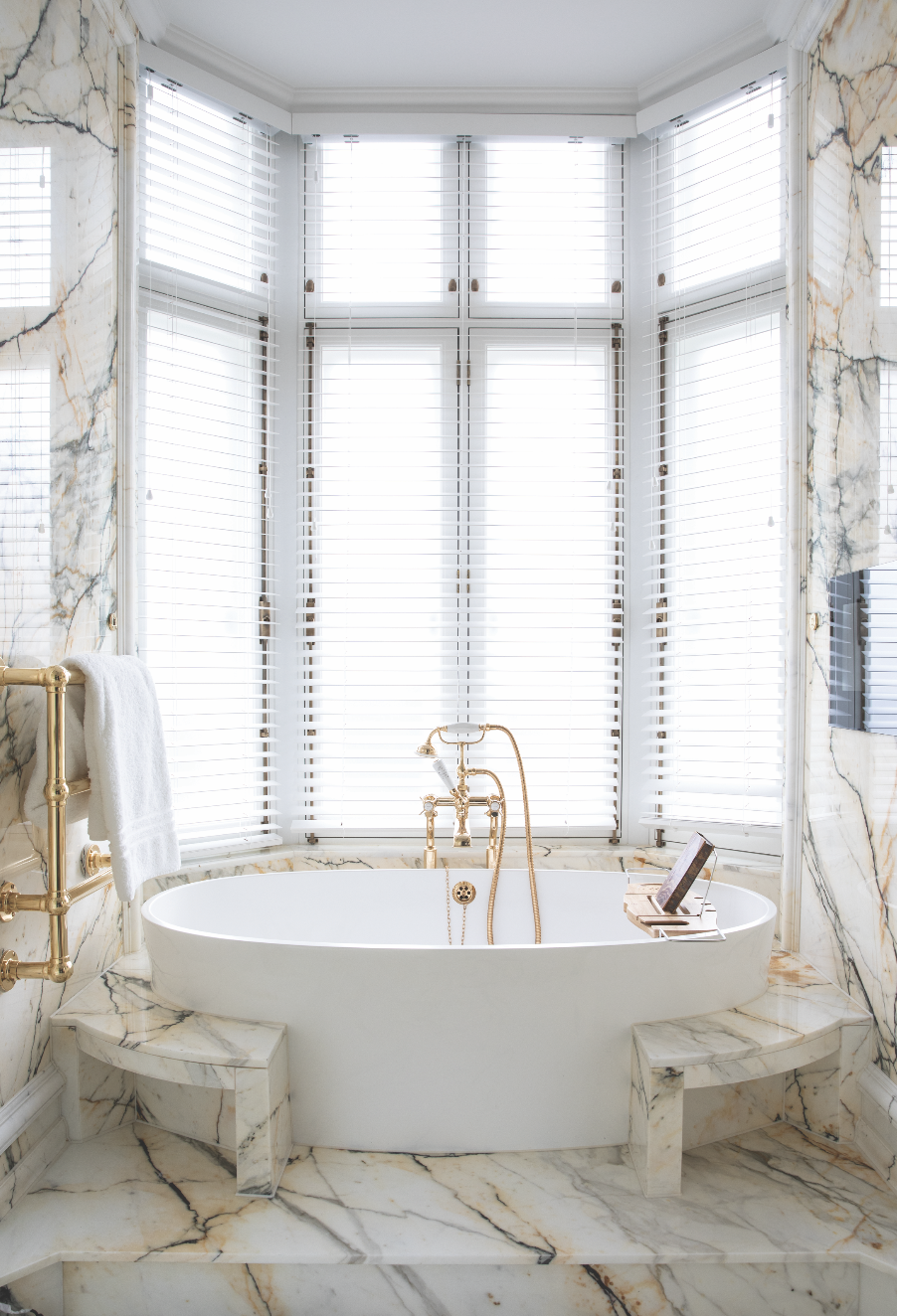 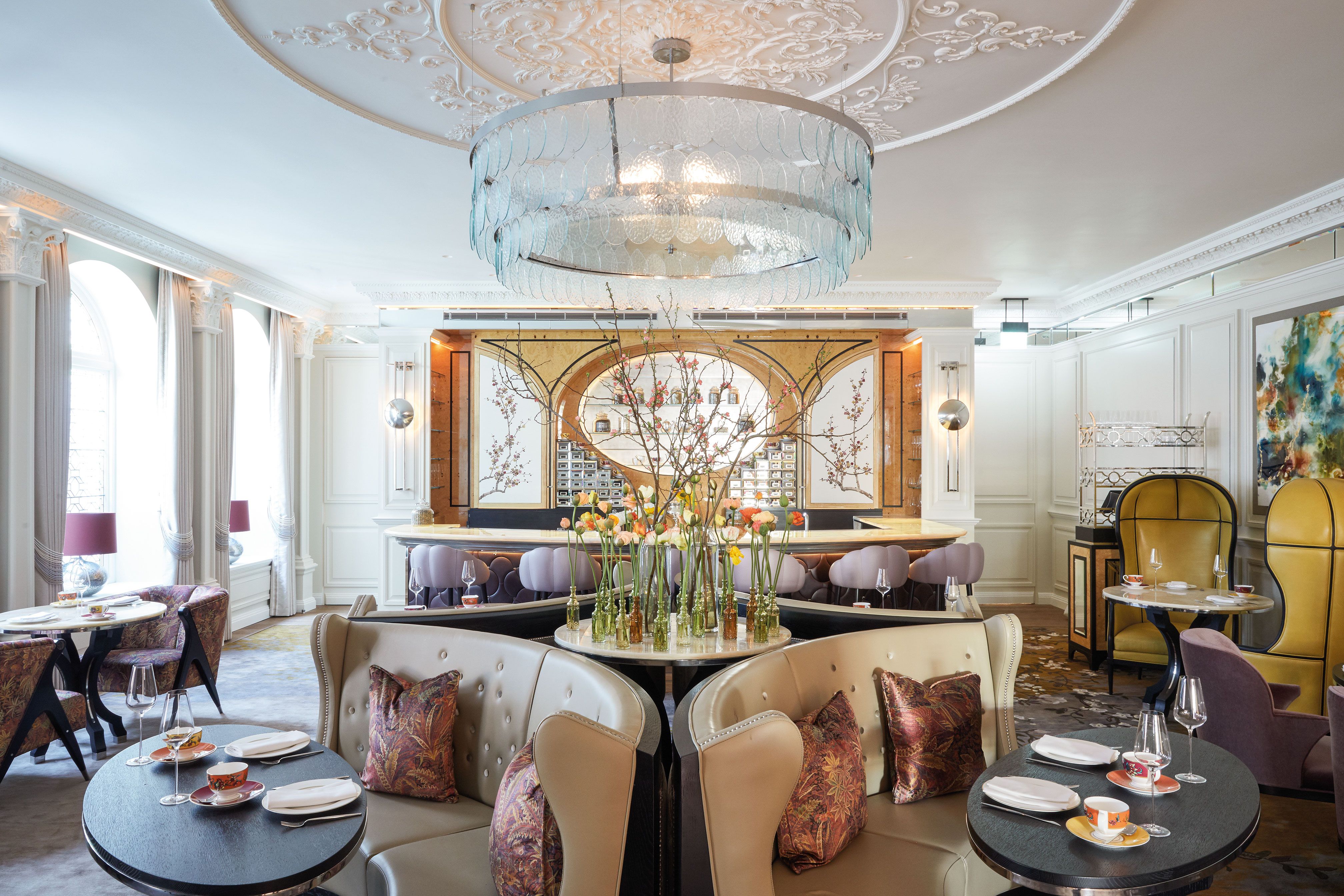 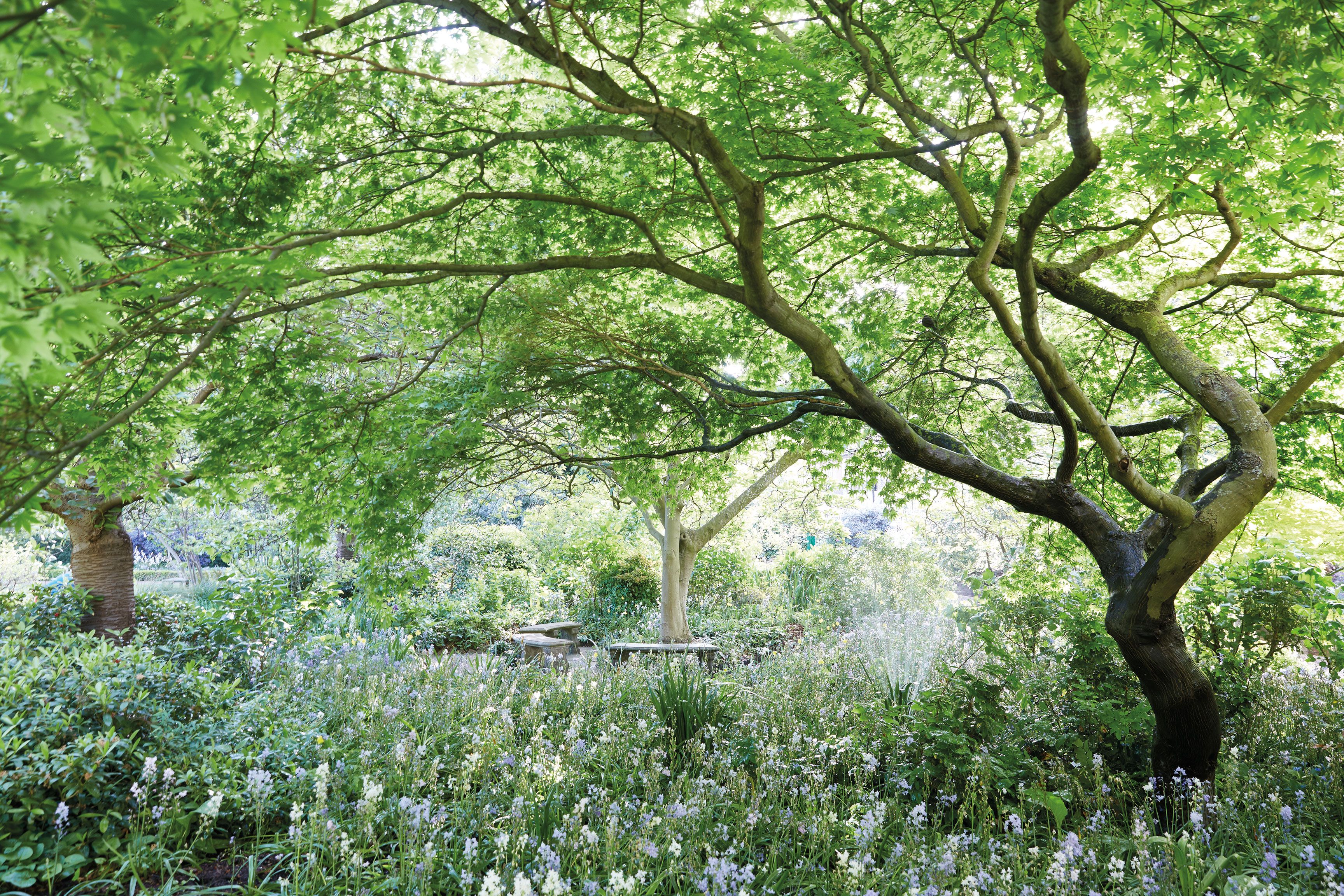 That includes Belmond Le Manior aux Quat’Saisons, a stark contrast to The Cadogan and the group’s glamorous rail routes through Ireland, Scotland, and the rest of the United Kingdom. The charming manor property in Oxfordshire is helmed by an equally charming Raymond Blanc, a veritable Willy Wonka-meets-Fairy-Godfather of farm-to-table dining, culinary education, and sustainability. A trek through Blanc’s various gardens, from micro-green growing houses and all the orchards in between, is akin to Wonka’s garden of sweets—with a mushroom valley and a Japanese garden taking the place of the chocolate river. As we stroll through the heritage vegetable garden, enjoy tea and snacks in the greenhouse, and avoid a misstep onto a bed of seedlings, Blanc regales us with his dreams for expansion—from a vineyard to a chicken coop. 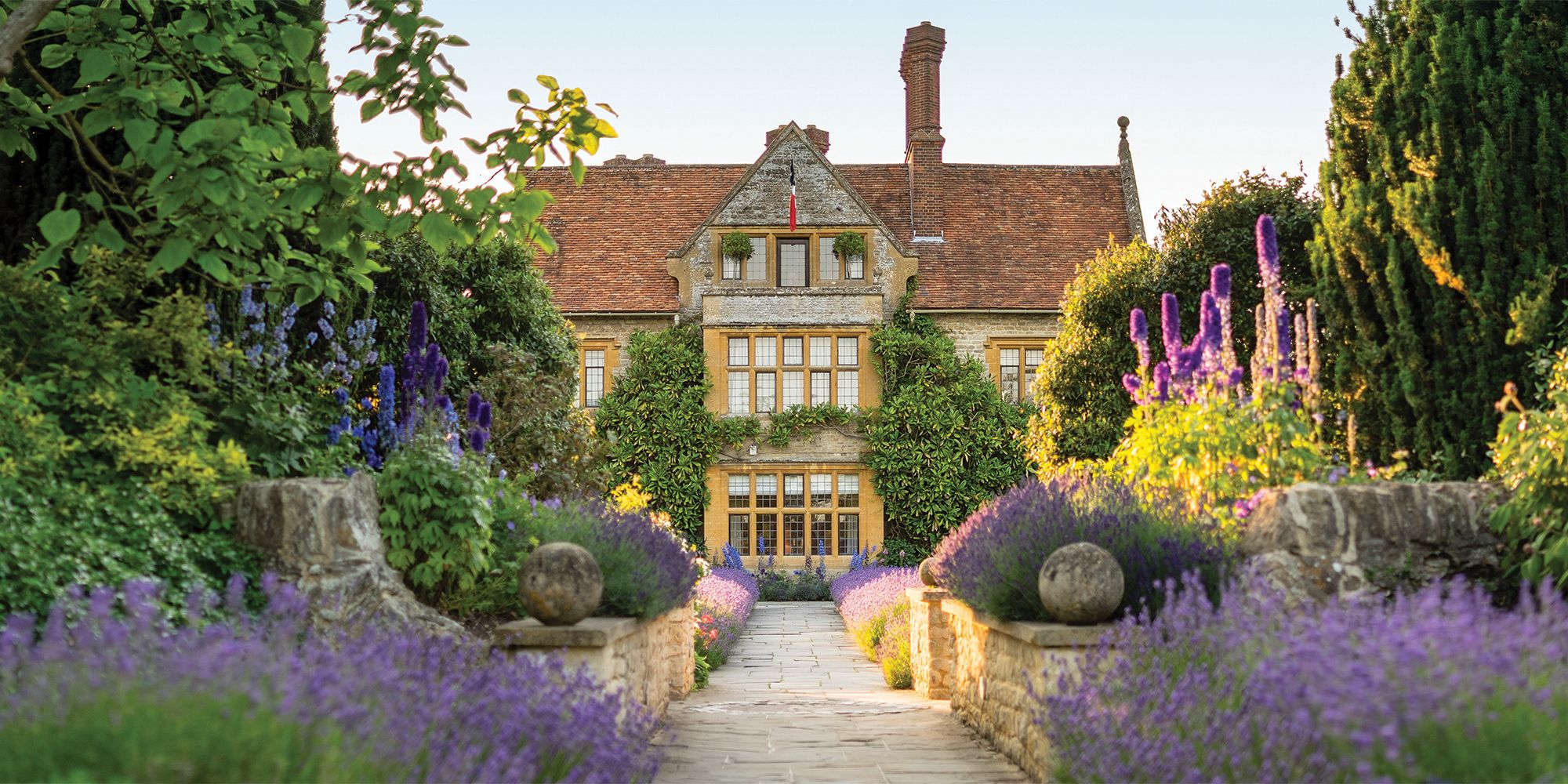 The rooms here are as exciting at every turn as the grounds, where pieces of art are scattered throughout. Blanc designed the concept for each room, and no two are alike. From deluxe rooms to studio, junior, and garden suites, each room has its own theme. A night spent in ‘Jade’ has you walking up a dark wood set of stairs and greeted by a Bonzai tree planted inside the staircase; rattan furniture, jade-colored drapery, jade objet everywhere, and a sexy black marble bathroom make you feel like you’re spending the night in one of Japan’s swankiest new hotels—but you’re in the English countryside. More apropos to the surroundings are garden suites like ‘Blanc de Blanc,’ an ultra-feminine yet clean all ivory and white room adorned with french molding and lace motifs. Other rooms, like ‘Bluebell,’ are done entirely in toile, while some feel completely Provençal in their style, as an ode to Blanc’s roots.

But then comes the meal, a tasting menu so seasonal, evocative of the terroir around you, and reflective of the ethos Blanc espouses that you can actually taste what he means when he describes his French training and his passion to marry it with sustainability and seed-to-table cooking. Blanc is also obsessed with education; the property’s cookery and gardening schools are intended to give guests true tools to taking Le Manoir’s food skills and ethics home, unlike most 2 Michelin-star restaurants where the concept is intended to only be achieved and experienced on premises. 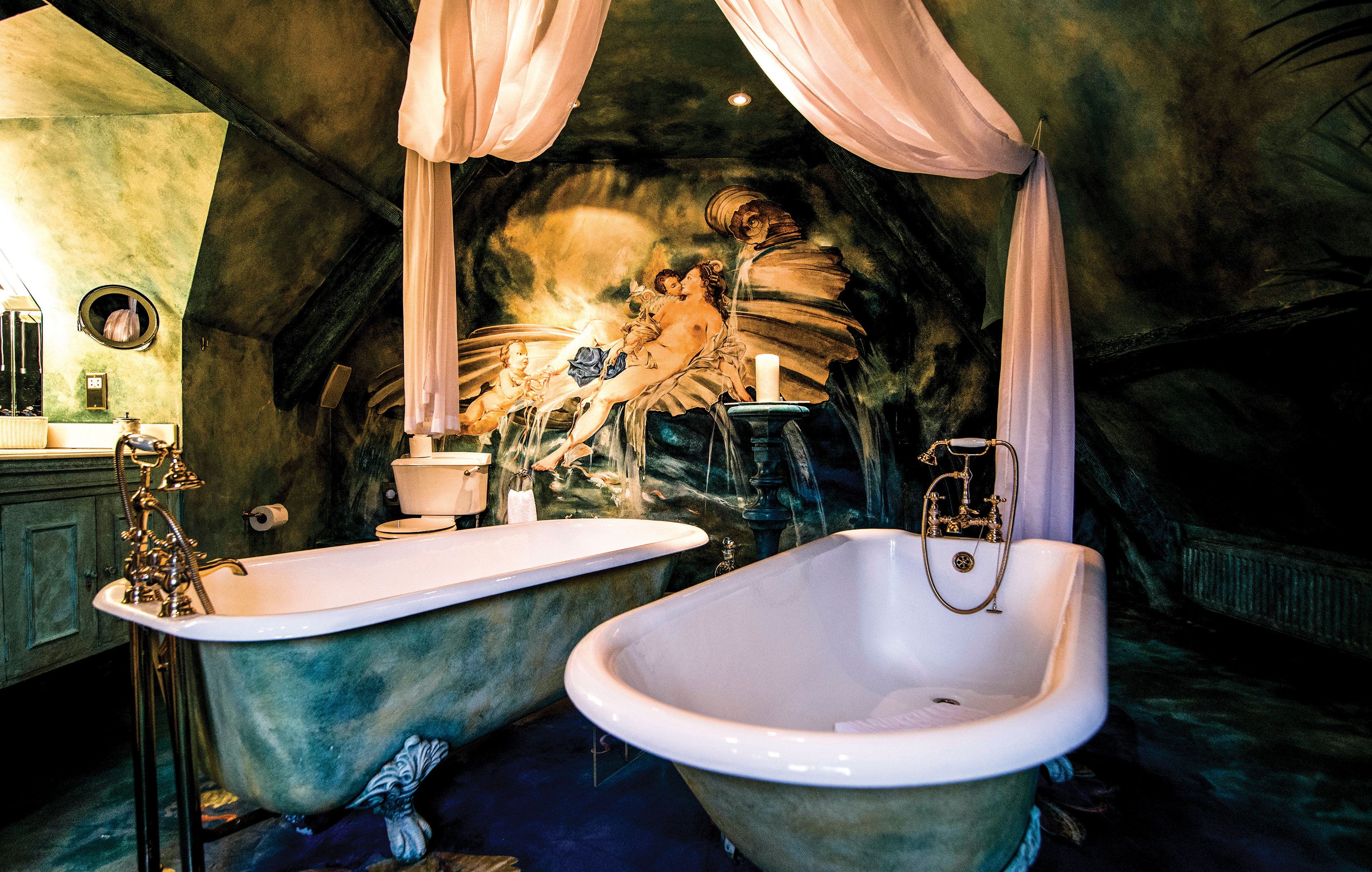 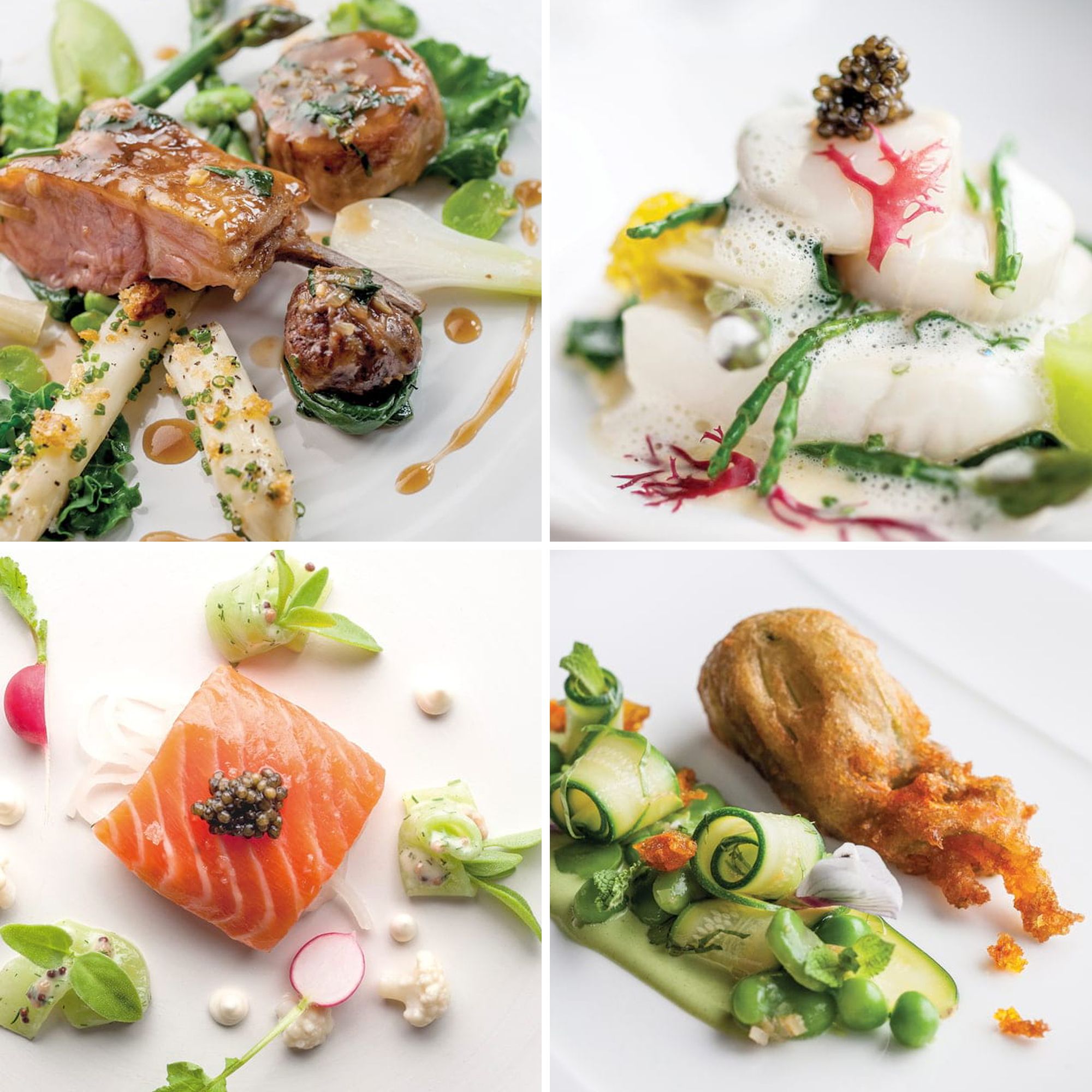 The unique combination of Belmond’s two English properties are a study in contrasts: city and country, posh and pastoral, fast-paced and slow-moving. And yet, the two experiences complement one another seamlessly, each tapping into innovation, high-design, and their property’s rich histories in completely different ways. Our suggestion? Begin in London and enjoy Belmond’s modern take on high-tea (curated by Adam Handling), a visit to the V&A, and spend nights at the theater or exploring the city’s bustling nightlife scene. Then, head out to the countryside for a humbling (yet undeniably luxurious) stay on the most glamorously sustainable farm you’re likely to ever experience. It’s also worth keeping tabs on Le Manior Aux Quat’Saisons; another dream Blanc discussed as we were roaming his Japanese garden? An organic spa.