The aircraft's interior boasts opulence within every inch, padded out with luxurious materials used to embellish sports cars and superyachts. 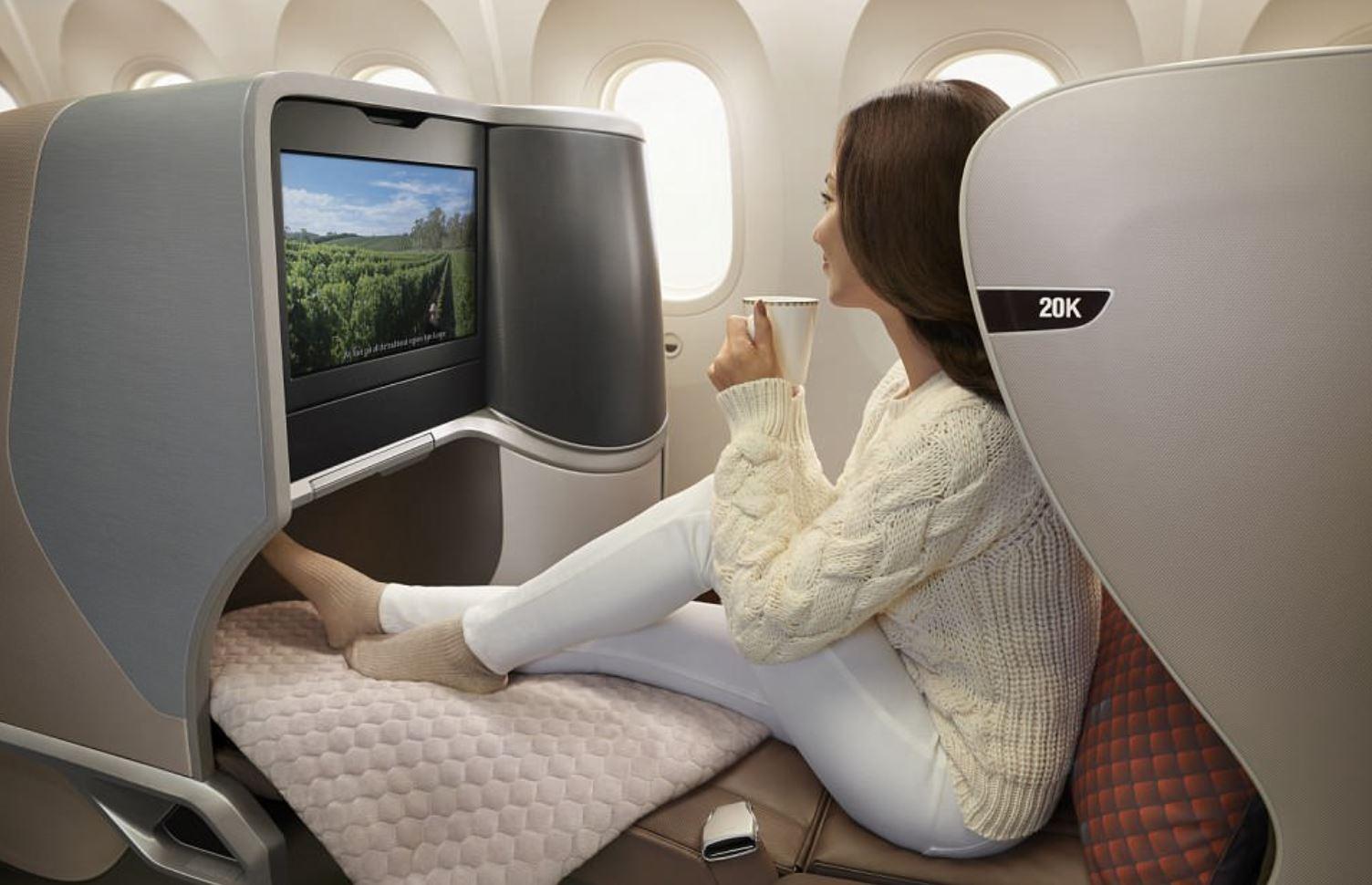 The stunning £229million ($326million) Boeing aircraft has been described as a "magnificent piece of engineering".

Lucky passengers heading from Singapore's Changi Airport hub to Bangkok, Thailand on April 3 this year were the first to enjoy this luxurious craft.

The all-important window seat row may be a thing of the past in this jet, as all passengers, regardless of seat position, will be able to enjoy views of the windows, which are the largest of any craft.

Windows are around 30 per cent bigger than those on the average plane, and they can be dimmed at the touch of a button. 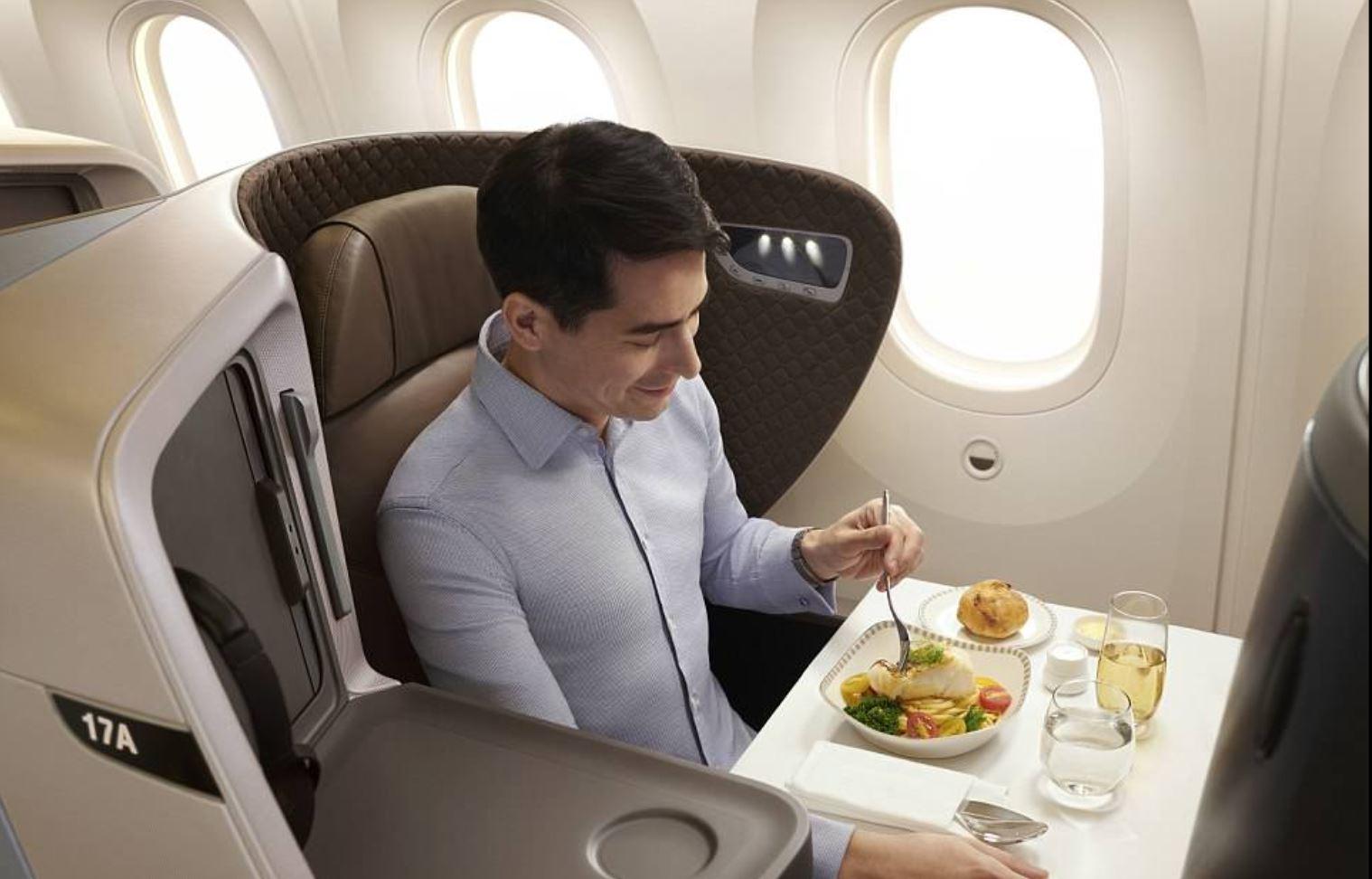 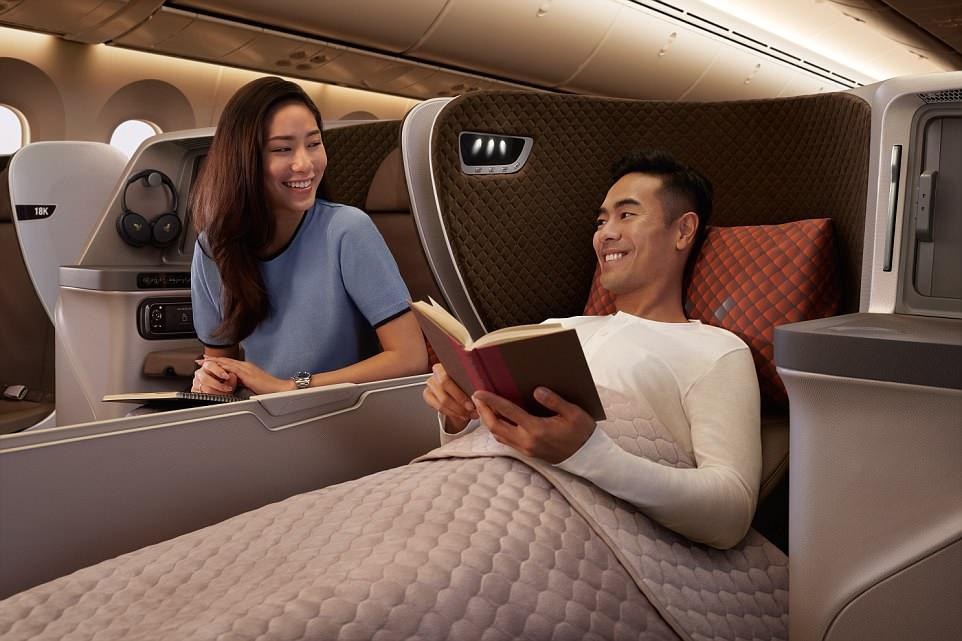 Seats are staggered in a 1-2-1 layout in the business class, giving all customers enough room to relax, and direct access to the aisle.

Each is fitted with a high-definition touchscreen monitor, positioned close to power options for mobile phones and laptops, alongside compartments to store items small items including wallets.

Passengers are not only made to feel comfortable, they will not hear the roaring engine as the Dreamliner is designed to offer a "calmer cabin experience".

Air condition and advanced technology in the jet means noise vibrations are isolated in its sidewalls and ceilings, so the engine noise is reduced.

The economy class section is arranged in a 3-3-3 layout, also with the same range of power options, and high-definition touch screens. 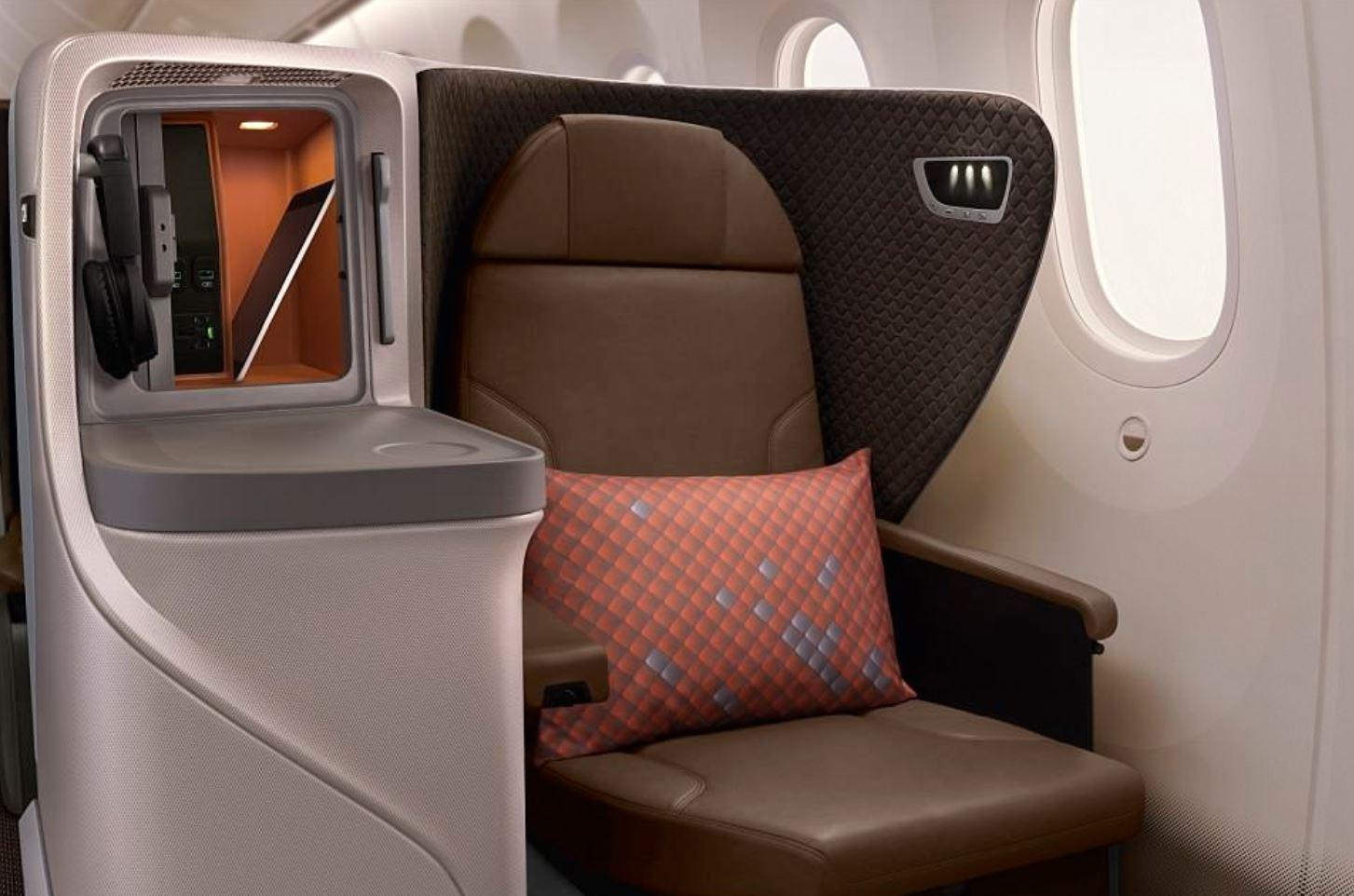 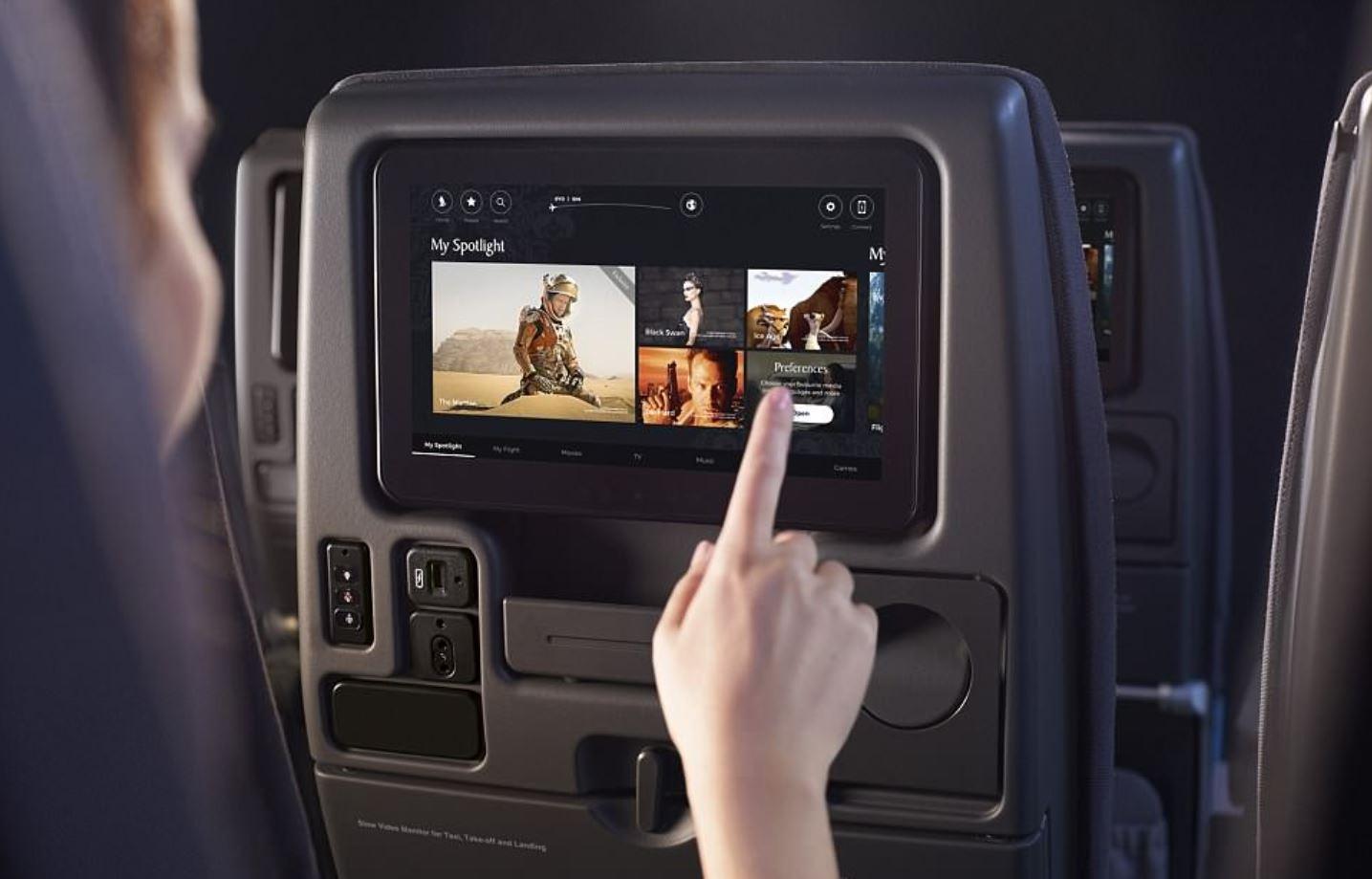 The opulent jet can carry 88 more passengers than the 787-8 Boeing.

It uses 25 per cent less fuel per passenger compared with other aircrafts of a similar size, and is 10 per cent more fuel efficient than competitors, Boeing claimed.

Speaking after the first jet's were delivered, CEO Goh Choon Phong said: "It is an honour for us to be the world's first airline to take delivery of this amazing aircraft. 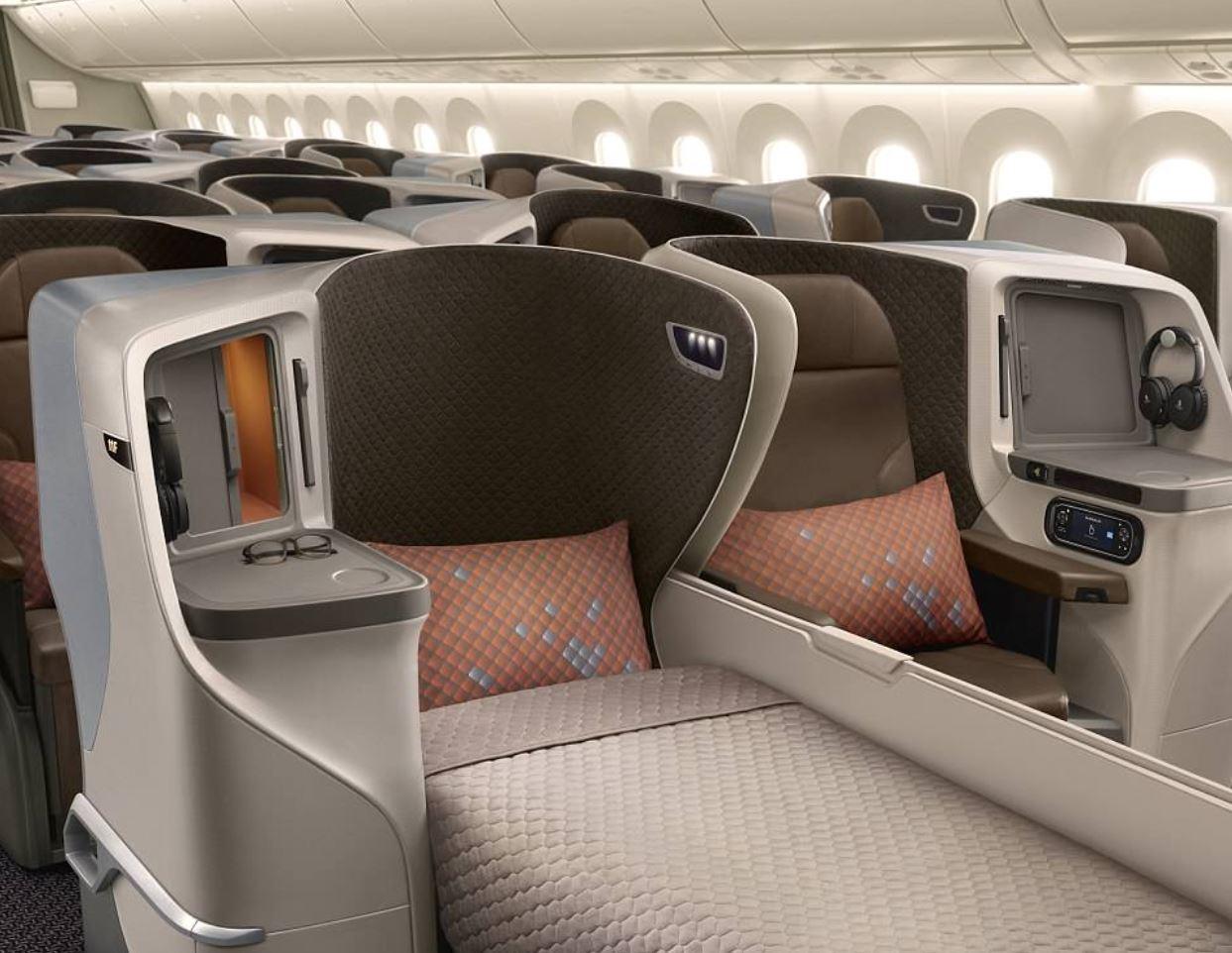 "The 787-10 is indeed a magnificent piece of engineering and truly a work of art.

The aircraft is said to be servicing medium haul flights under eight hours.