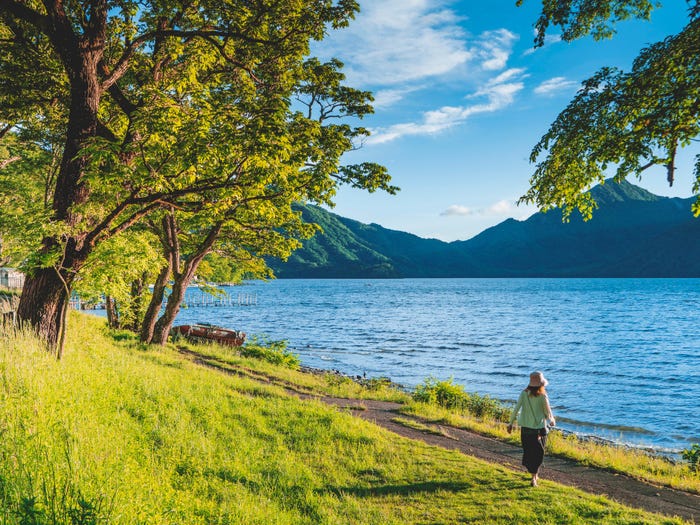 As Japan adjusts to the new working from home coronavirus norm, national parks across the country are adapting and luring office workers back to nature.

"We want people to engage in remote work while relaxing in an environment away from their usual daily life," an official at the Kyukamura Kishu Kada resort hotel at Setonaikai National Park told Japan Times.

The national parks themselves are being tasked with determining how to welcome the new teleworkers.

Some are establishing hotel rooms that are available for a few hours at a time as a rentable workstation. Others are building workstations in the middle of nature, using tents, portable power stations, and WiFi hotspot devices.

The temporary "natural" workstations are set up and disassembled by park resort staff. They also provide food for the visitors, allowing them to focus on their work and their leisure.

"We would like to offer a plan in which guests can work in the morning and enjoy activities such as trekking and canoeing with their families in the afternoon," the hotel official told Japan Times.

The new "workation" program is run by National Park Resorts of Japan, which is encouraging citizens to take their working holidays in parks close to home, to avoid potential spreading of COVID-19.

The program was available as a trial from April to July, during which time it was favorably received. It was brought back to the public in September.

Japan is not the only country leaning into working holidays during the pandemic.

Both Bermuda and Barbados have opened their visa programs for professionals or students looking to work from home while maintaining vacation vibes.

And for the ultra-luxury set, a resort in the Maldives will set you up with a weeklong working vacation from $23,250 for two.