Jet2 beats Premier Inn to become the first airline to win the Which? travel brand of the year award

Low-cost airline Jet2 has seen off competition from Premier Inn to be named the first travel brand of the year at the Which? awards.

The Leeds-based carrier was awarded the accolade after impressing experts who work for the consumer group, who said on the whole it had been a disastrous year for airlines.

Jet2, which also offers package holidays, was praised in particular for its customer service and quality as well as offering cheap tickets and timely compensation.

Low-cost airline Jet2 has become the first airline recipient of the Which? travel brand of the year award

And in addition to the accolade, the company is also the only UK airline to have been awarded Which? Recommended Provider status for the past two years.

Collecting its award at a ceremony in London, Steve Lee, commercial director of Jet2, said: ‘We are very proud to be named Which? Travel Brand of the Year, as it is a ringing endorsement of the service that we give our customers.

‘These coveted awards are given to organisations that provide the very best customer experience, and it goes to show that the investment and hard work that we put into delivering a VIP experience for our customers is working.’

Holiday chain Premier Inn was shortlisted for the travel award, despite suffering a PR headache in February after a Channel 4 investigation showed a housekeeper being told to use the same guest towel to clean entire bathrooms – including the toilet.

At the time, Premier Inn said it was investigating the allegations and would be presenting its findings to the cleaning contractor. 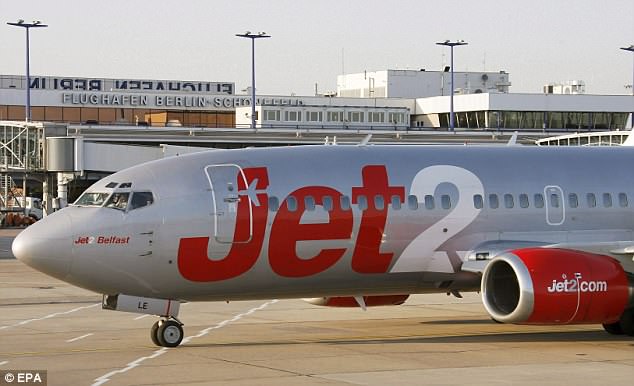 The other two firms shortlisted for the travel award were HF Holidays, which specialise in walking and activity getaways as well as river cruise and escorted tours company Riviera Travel.

Peter Vicary-Smith, Which? Chief Executive, said: ‘Since its inception, the Which? Awards has been committed to rewarding brands who have consistently put their customers first.

‘Which? Awards are not handed out to just anyone. This year’s winners have reached exceptional standards, delivering excellent products, services and value for money.’

Which? Car Brand of the Year: Volvo (also shortlisted: Hyundai, Lexus and Toyota)