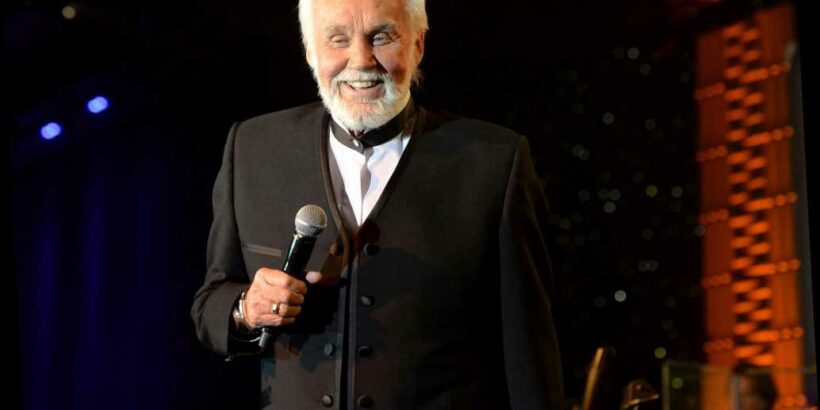 Kenny Rogers' family is paying tribute to him on the one-year anniversary of his death.

On Saturday, in a social media statement addressed from "the Rogers Family & Team KR," those close to the late country music icon thanked fans for their support as they reminisced about a year spent without "The Gambler" singer.

"It's so hard to believe it's been a year since Kenny left us. As you can imagine, some days are better than others, so we wholeheartedly thank you for your thoughts, prayers and support over the last year," the statement began. "It means so much to us."

"The memories of Kenny and the kind words you've shared have inspired and uplifted us… brought tears to our eyes and made us laugh," the statement continued. "No matter what we're going through on any particular day, we know we will never stop missing him, and we'll forever celebrate the person he was and his extraordinary musical legacy."

"We can all take some comfort in knowing the music lives on!" the statement concluded, adding the hashtag, "#sweetmusicman" at the end of the post.

His family announced the news of his passing in a social media statement the following day.

"The Rogers family is sad to announce that Kenny Rogers passed away last night at 10:25 p.m. at the age of 81. Rogers passed away peacefully at home from natural causes under the care of hospice and surrounded by his family," the singer's family said in a statement at the time.

"The family is planning a small private service at this time out of concern for the national COVID-19 emergency. They look forward to celebrating Kenny's life publicly with his friends and fans at a later date," the statement added.

More recently, during the 2021 Grammy Awards, the Recording Academy paid tribute to musicians who died in the past year with soulful musical renditions delivered by hitmakers including Bruno Mars and Anderson .Paak, Lionel Richie, Brandi Carlile, Brittany Howard and more.

During the In Memoriam segment, Richie, 71, honored Rogers and delivered a rendition of his late friend's love ballad "Lady" in recognition of the country icon.

Richie previously paid tribute to his late friend following the news of Rogers' death in March 2020, posting some of his favorite throwback photos of the pair, including the times they shared the stage together.

"Today I lost one of my closest friends 💔 So much laughter so many adventures to remember, my heart is broken. My prayers go out to Kenny's Family," Richie wrote on Instagram and Twitter at the time.