After a day in Barbados, I’d turned as red as the Virgin logo, so naturally, upon meeting the billionaire I asked him for skincare advice. 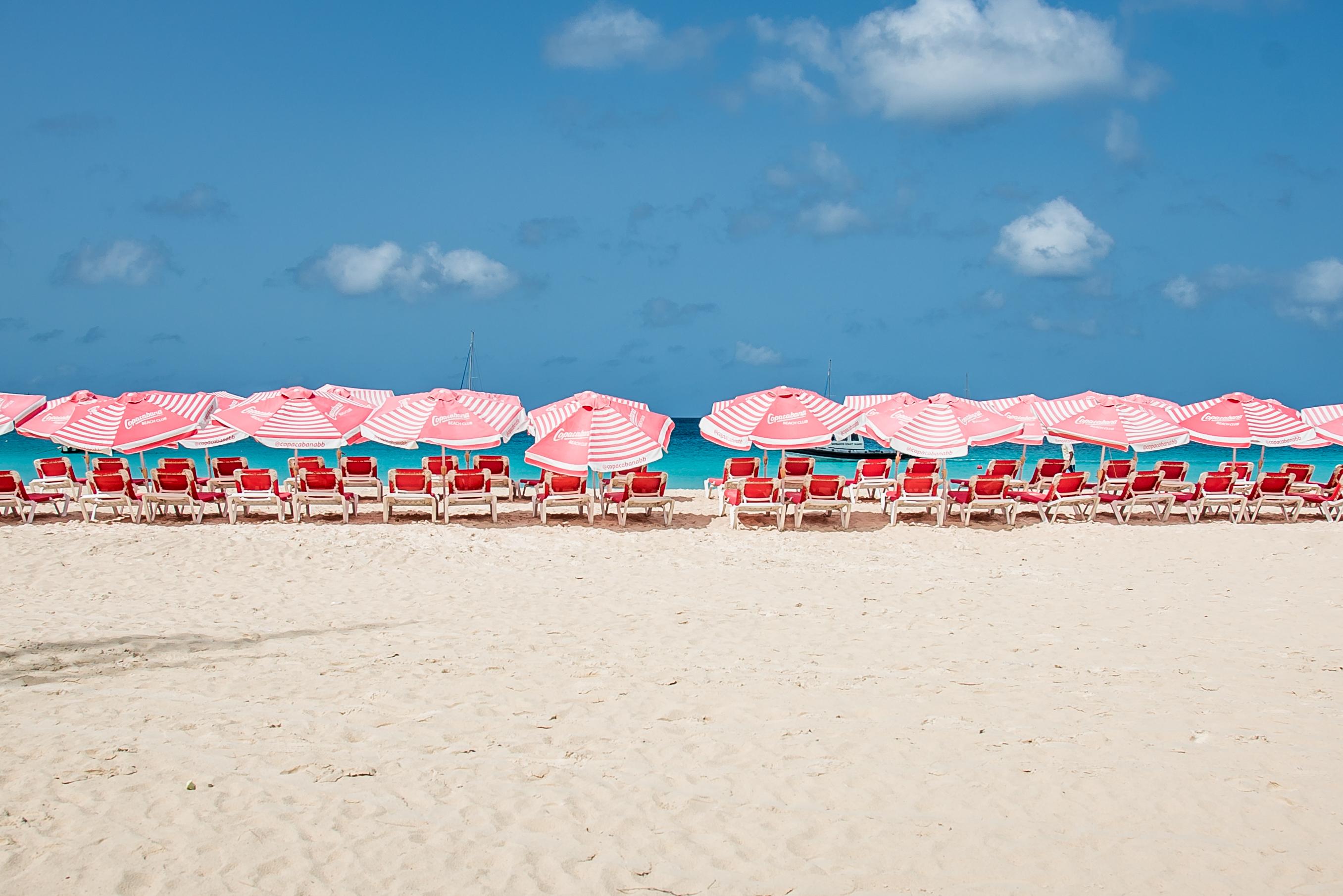 It turns out, as a fellow blond, who has lived in the Caribbean for decades, Branson knew exactly what to suggest.

“The local people just cut open the plant. It really does work straight away. It’s fantastic.

“Obviously the other way is just not to get sunburnt in the first place.”

I was at the launch of the Virgin Holidays Departure Beach — a private beach club designed for travellers to maximise the last day of their holiday. 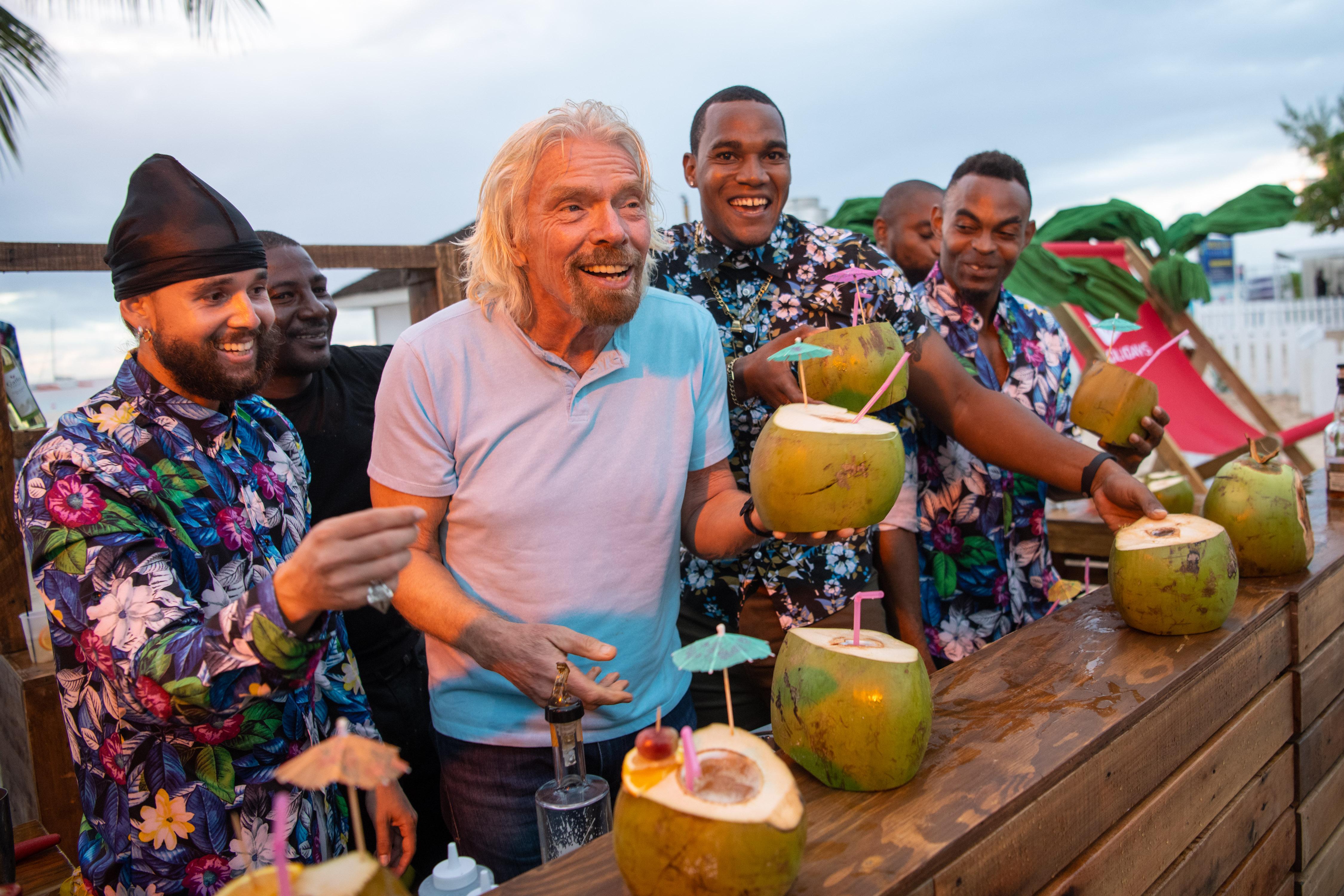 Branson had flown in from Necker Island, his home in the British Virgin Islands, especially to attend the star- studded opening party on the stunning Brownes Beach.

Joined by a host of famous faces including two Pixies — Lott and Geldof — top model Lottie Moss and Made In Chelsea’s Emily Blackwell, while radio DJ Maya Jama on the decks, I felt out of place slinking into the venue in my beachwear.

Arriving at a party by catamaran may sound ritzy but having spent the day snorkelling and sunburning, I looked like Sebastian from The Little Mermaid as I scuttled past the stars.

On the plus side, I was among the first to try out Departure Beach’s posh shower and bathroom facilities, where I freshened up for the shindig. 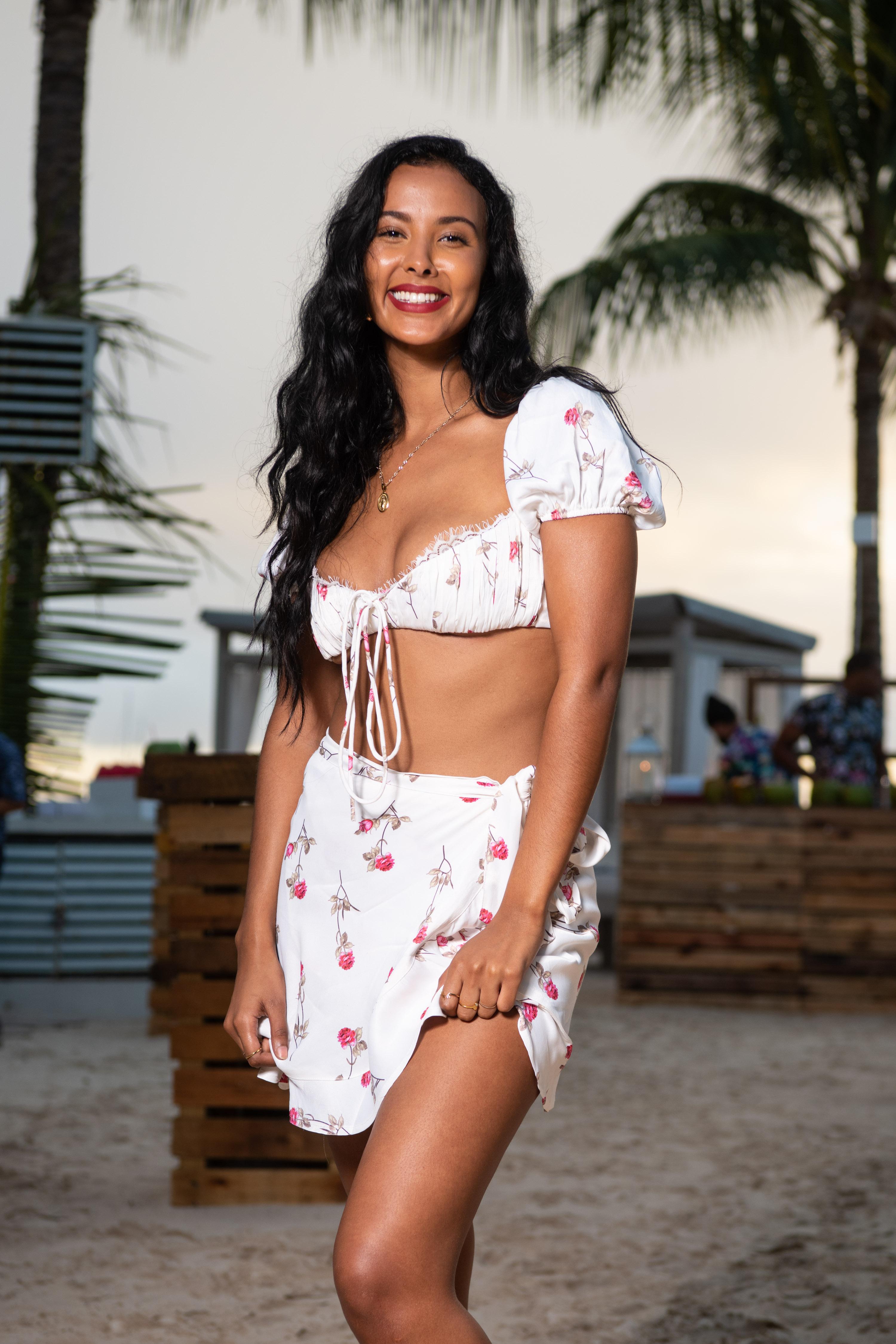 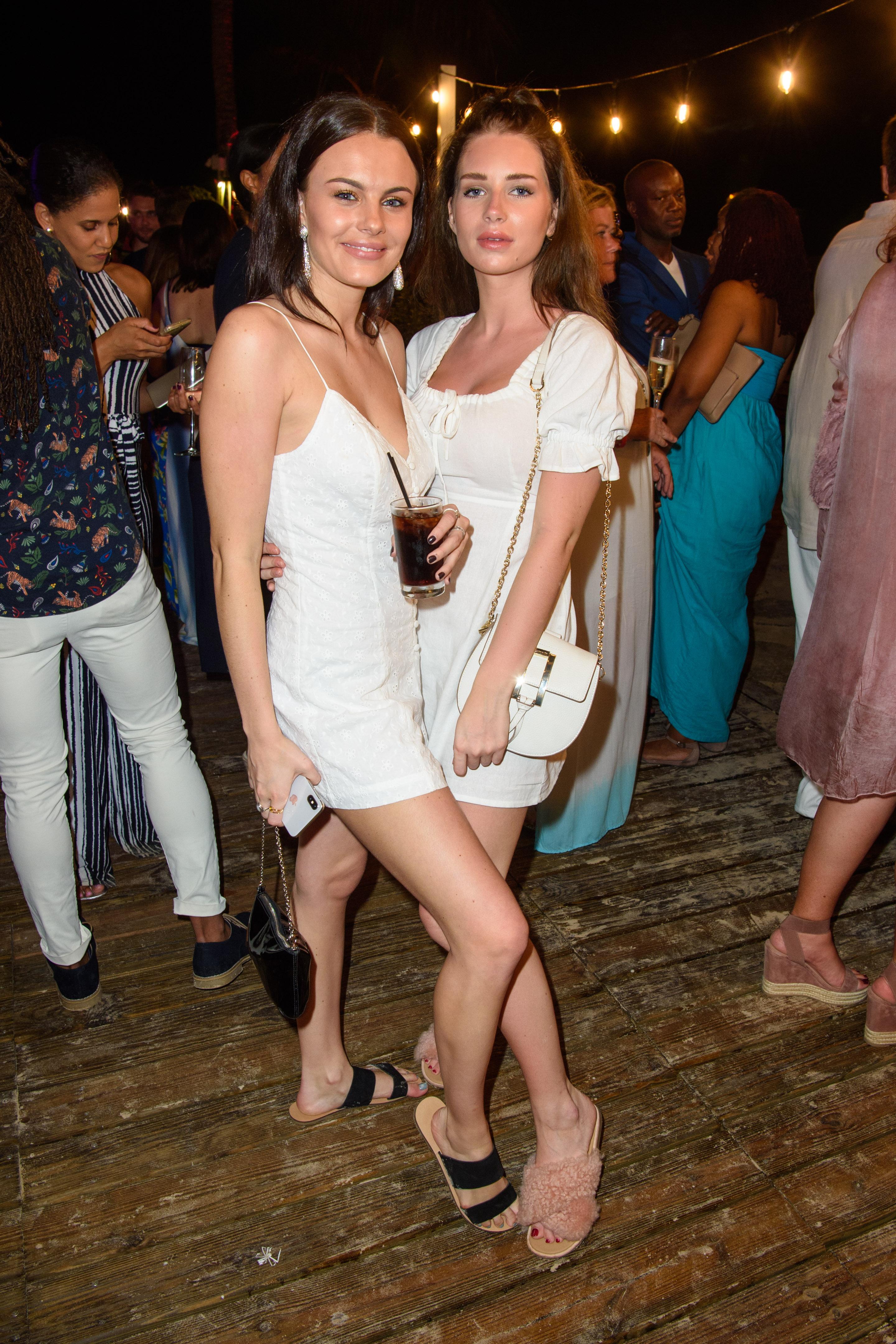 As well as a shower before their flights, guests arriving at Departure Beach will be able to enjoy extra swim time, a bar and restaurant, plus a Virgin Atlantic check-in desk where they can drop their bags before ever setting foot in the airport.

With hotel check-out times in the morning and most flights out of Barbados in the evening, the Departure Beach solves the problem of the “lost” last day of holidays.

After an evening trying to look glam with the stars — not easy while slurping rum from a coconut — I crashed in my room at the Tamarind.

I’d checked in a few days earlier at the beachfront property on the “platinum” west coast. 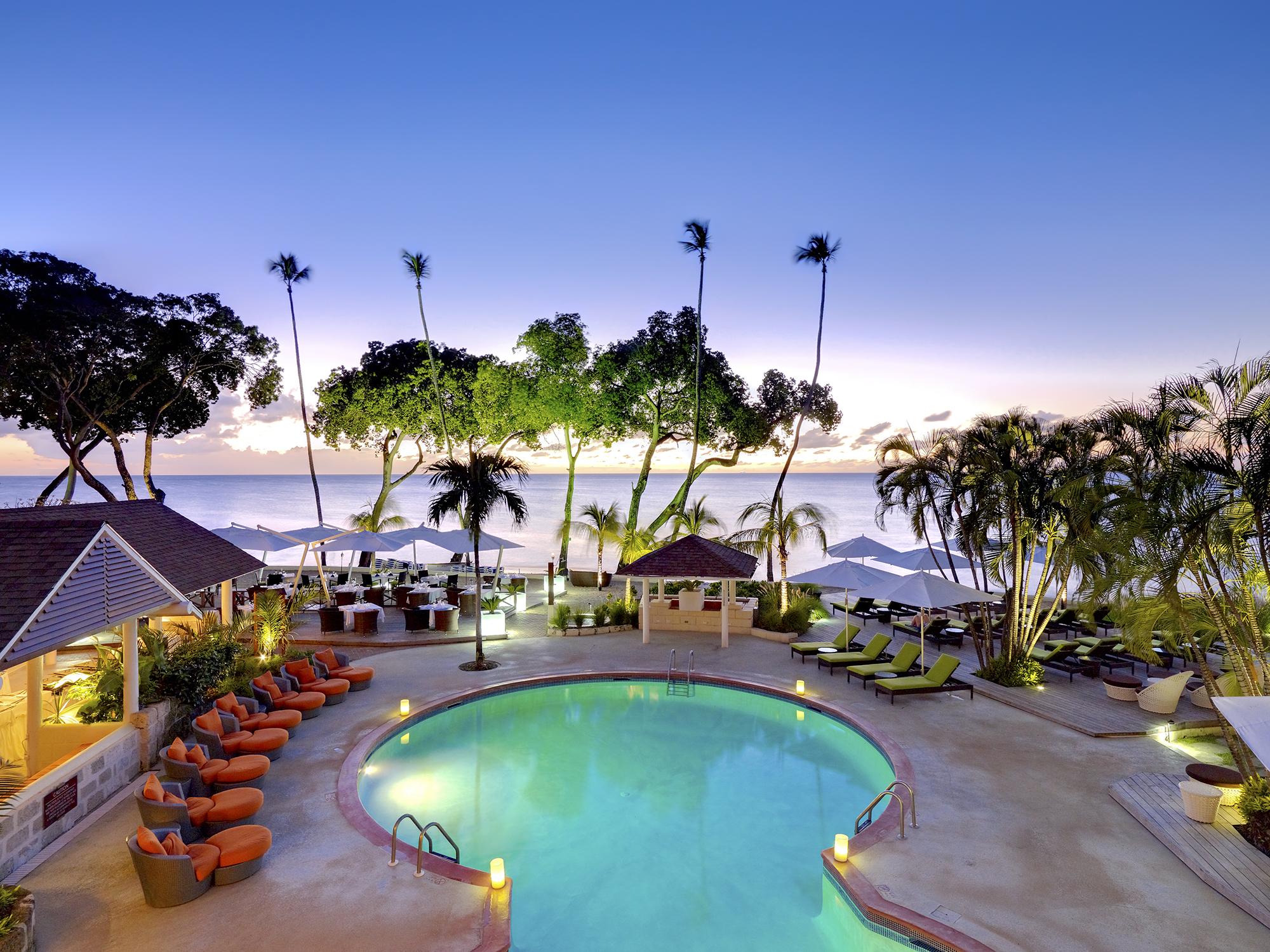 It’s a family-friendly destination, with a kids’ club and family lounge but also a tranquil adults-only area.

There are two restaurants, a bar and three pools, and water sports included.

With all that, plus views of the Caribbean Sea, it would be easy to forget the rest of the island — and you just might anyway, with all the rum tasting involved in most tours.

I was booked on one with #1 Bajan Bus, on an old wooden trolley bus hosted by wonderful guide, Dawn-Lisa. 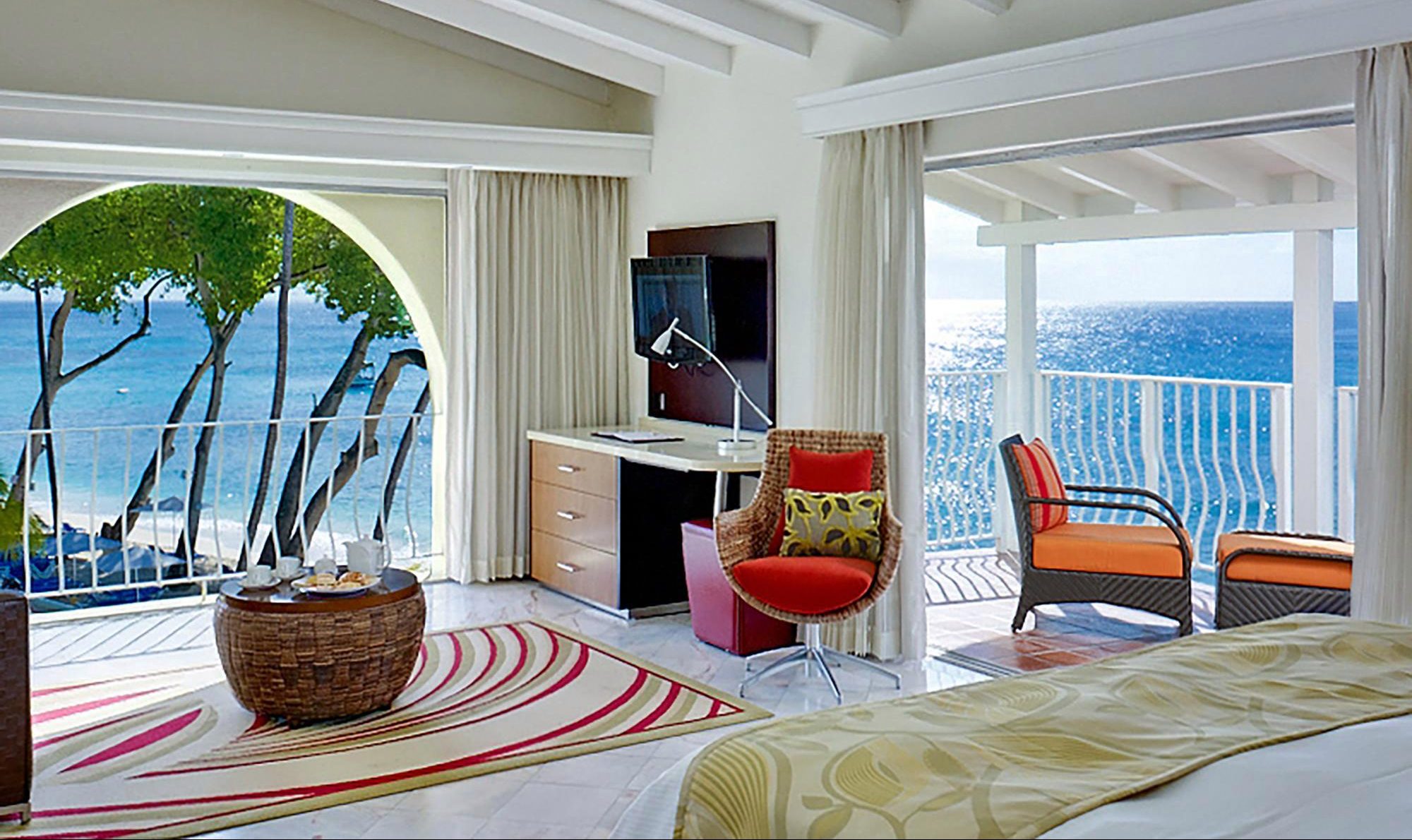 “We don’t bother the stars,” she said, “Bajans aren’t impressed by fame or fortune, we think of it as a job like any other. "We all know we could be famous, we just don’t want to.”

After a slap-up breakfast at Tamarind, my morning continued to revolve around Bajan food. I scoffed a ham and cheese cutter (bread roll), popped into a bakery for jam puffs and other pastries, inhaled fish cakes at Limegrove mall, tasted tamarind ball and guava cheese Bajan sweets, then slurped down a “sno cone” from a roadside vendor.

Dawn-Lisa knows better than to let her tourists go rum tasting before lining their stomach. 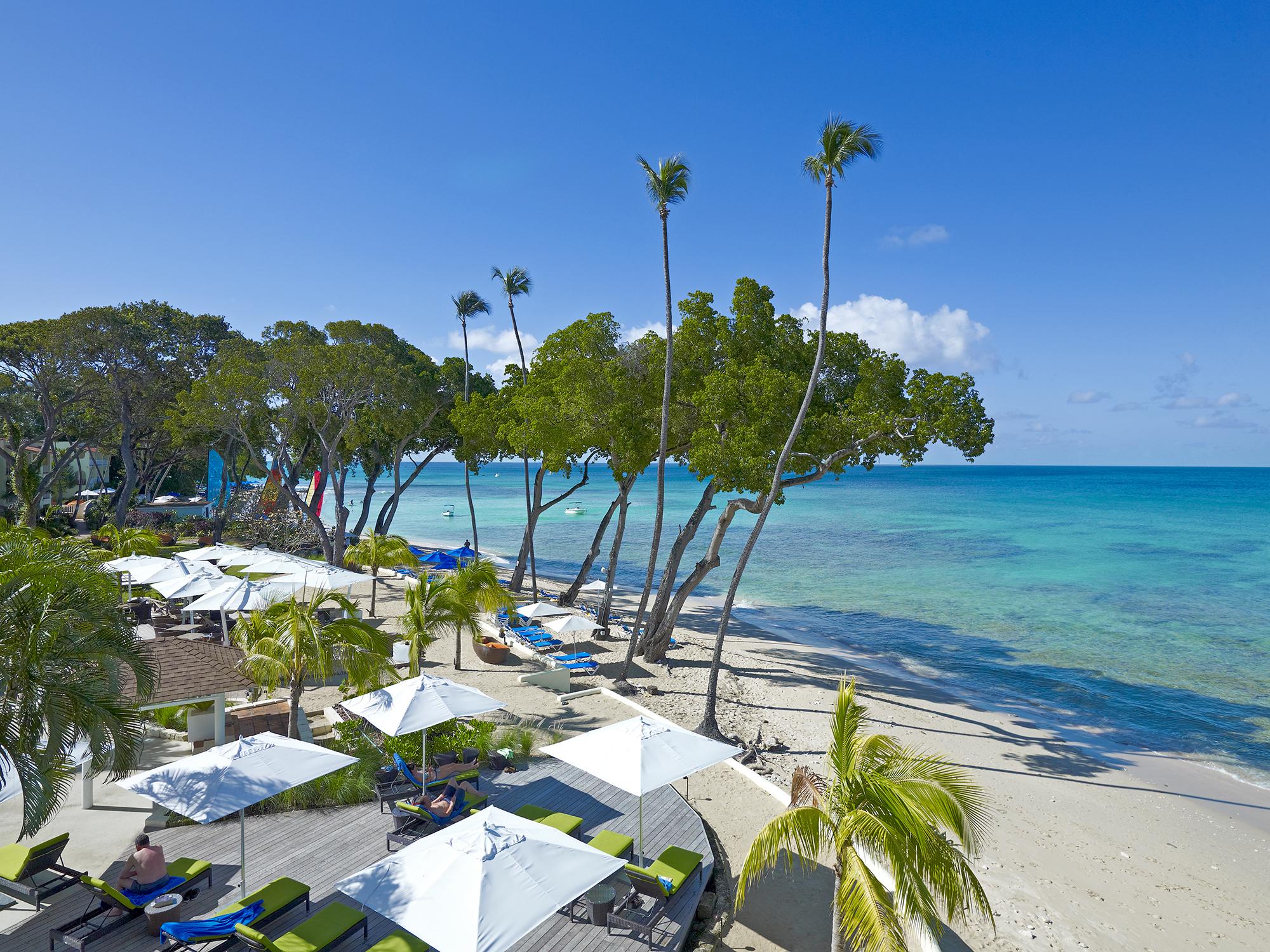 The 350-year-old distillery of St Nicholas Abbey, where we sampled the wares, was bought from its English owners in 2006 by the local Warren family, who painstakingly restored the grounds.

Opening in the new year, a scenic steam train line will run from the manor house and tasting rooms, past a lake and up to Cherry Tree Hill, where guests can soak up a stunning vista of the east coast. If the west coast is for sundowners, the east is for early risers.

Perfect for surfing, the rugged coastline is battered by barrelling Atlantic breakers, while the windswept hills offer miles of cycling and hiking trails. 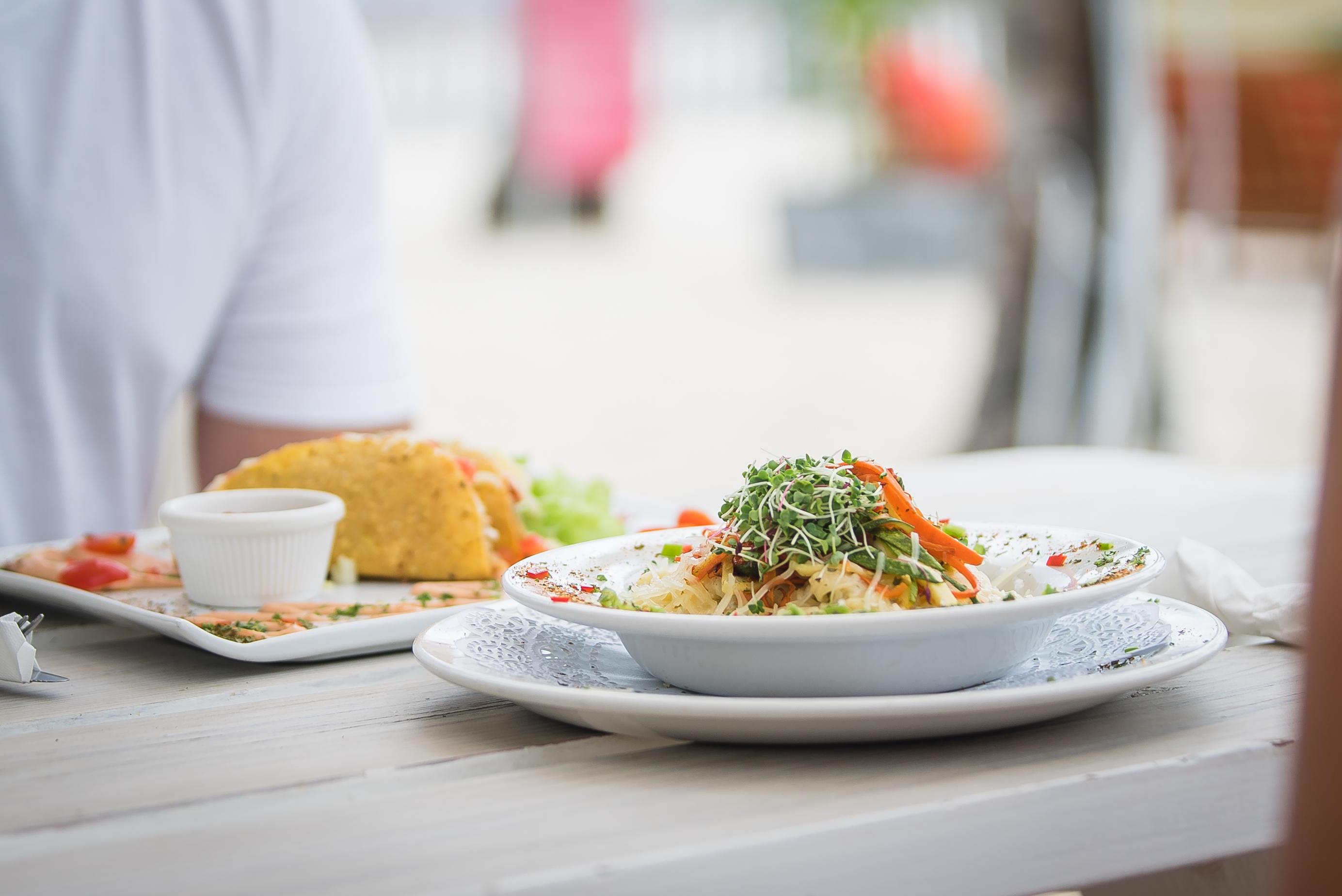 Back at the hotel I watched as the sun fizzled out in the Caribbean and the laid-back Bajan moon appeared.

The crescent moon here lies on its back, forming a smile — or on second thoughts, maybe it’s a rum punch bowl.

Virgin has made the last day on holiday something to look forward to but leaving Barbados is still tough to take.

Departures really are a beach.

GETTING/STAYING THERE: Seven nights’ B&B at Tamarind by Elegant Hotels in Barbados is from £1,403pp based on two sharing, including Virgin Atlantic flights from Gatwick.

Virgin Holidays guests can enjoy exclusive access to Departure Beach on the final day of their holiday from £25pp and £18 per child.

MORE INFO: Find out more about Barbados at visitbarbados.org.